I stumbled across a 102-story building designed by Mark Foster Gage that seems to be a completely new way of going about skyscraper design and it looks absolutely awesome. Glass and steel has a sort of beauty to it, but when I see something so off-the-wall and original as this, I can't help but be impressed. It's surreal. Otherworldly. Like some alien skyscraper, not something a human would design. All the images come from this article, where you can read more. 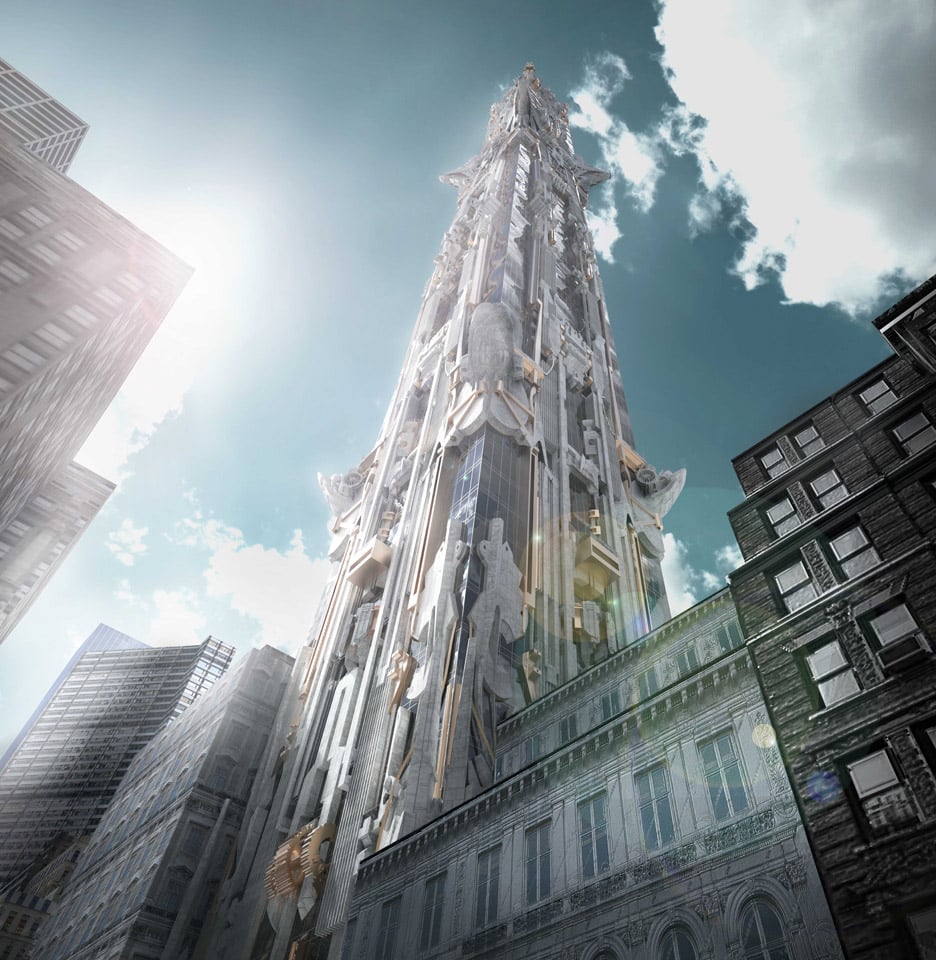 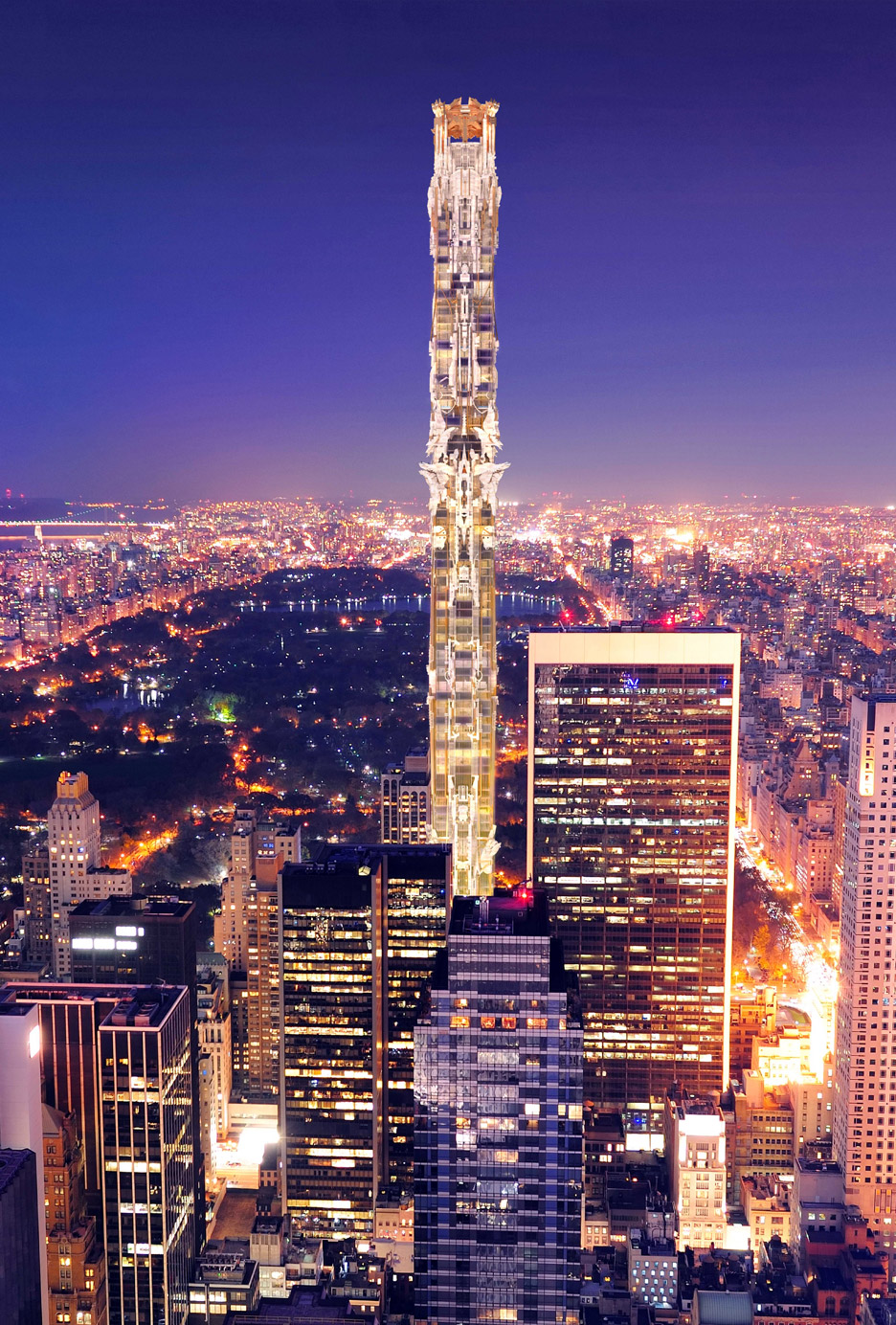 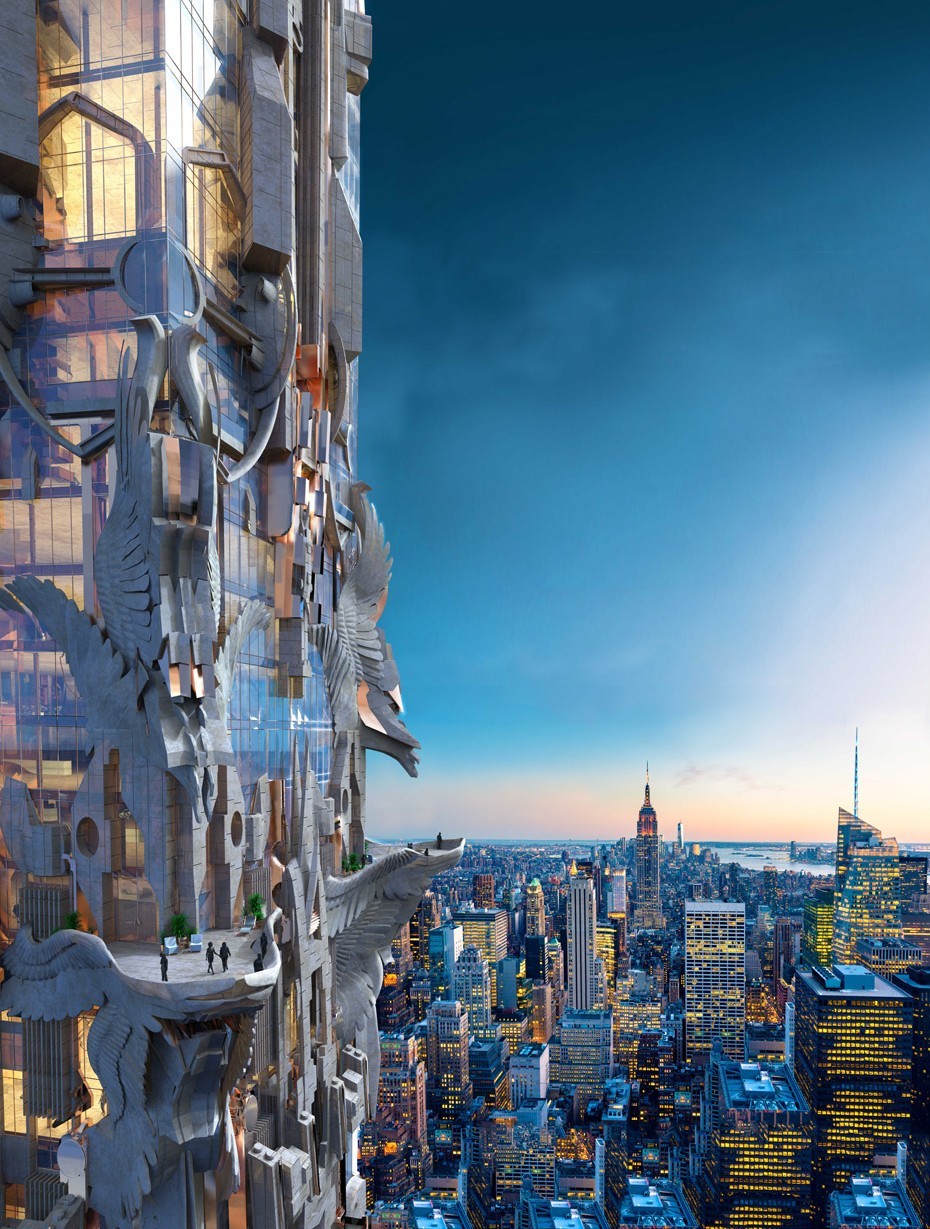 How many hundred-story skyscrapers have you seen that have friggin' WINGS?! Not to mention gargoyles.

I really desperately want this to be built. Maybe as 3D printing becomes more practical these kinds of designs, or something like them will show up. Of course, they'll have the green buildings to keep up with, so maybe they won't win over quite yet, but perhaps to the later part of the century? And beyond that? I've had this sort of fantasy in my head that someday there will be buildings that look like massive, two-kilometer spiky crystals that sort of glow in the dark. Like, imagine this as a skyscraper. Why? Don't ask me.

EDIT: Looks like it would be one of the three tallest buildings in New York, if not the tallest. And unlike 1 World Trade Center, it doesn't seem to have very much fake height.

Optimistic futuristic gothic revival? I don't know how to place this building.

Wow it's really beautiful. I think cities can be a lot more creative, green and just overall better than the current ones - especially with buildings such as the one posted. And this.

That has got to be one of the prettiest buildings I have ever seen!

"Feeling like I need to fall down some stairs"   "The kids are Alt-Right today!"   "And when we fall, we will fall together"  "Good god have I become so tightly wound?"  "Oh I'm just a girl, guess I'm some kind of freak"

Also tagged with one or more of these keywords: michelangelo tower, mark foster gage, architecture, futurustic, awesome, so cool