446 replies to this topic

This is a young woman who became a popular and well-liked celebrity, had a starring role in shows like Smallville, and won or was nominated for various TV awards.

Allison Mack will serve 'a substantial amount of time' in prison for role in Nxivm sex cult, lawyer says

For victims and their families affected by the Nxivm sex cult, 2019 was a year of reckoning.

In June, Keith Raniere was found guilty of sex trafficking, racketeering and other felonies related to the self-help group he co-founded and its secret cult after weeks of explosive testimony. Within Nxivm was a "sorority" called "DOS," short for Dominus Obsequious Sororium, or Master Over Slave Women. Months prior, Smallville actress Allison Mack admitted to being a member and founding the women-branding group. Mack, who prosecutors say was one of Nxivm's highest-ranking members, pleaded guilty to racketeering conspiracy and racketeering. As part of her guilty plea, Mack admitted to state law extortion and forced labor.

While Raniere is behind bars, Mack is out on bail awaiting sentencing — but it's likely she will spend time in prison.

"Allison Mack is facing a total of 40 years maximum confinement time in the two charges she plead guilty to in federal court," Silva Megerditchian, criminal defence attorney and CEO of Los Angeles-based SLM Law, tells Yahoo Entertainment. "At this stage, sentencing has been delayed, likely for both sides to put together a sentencing memorandum for the judge." 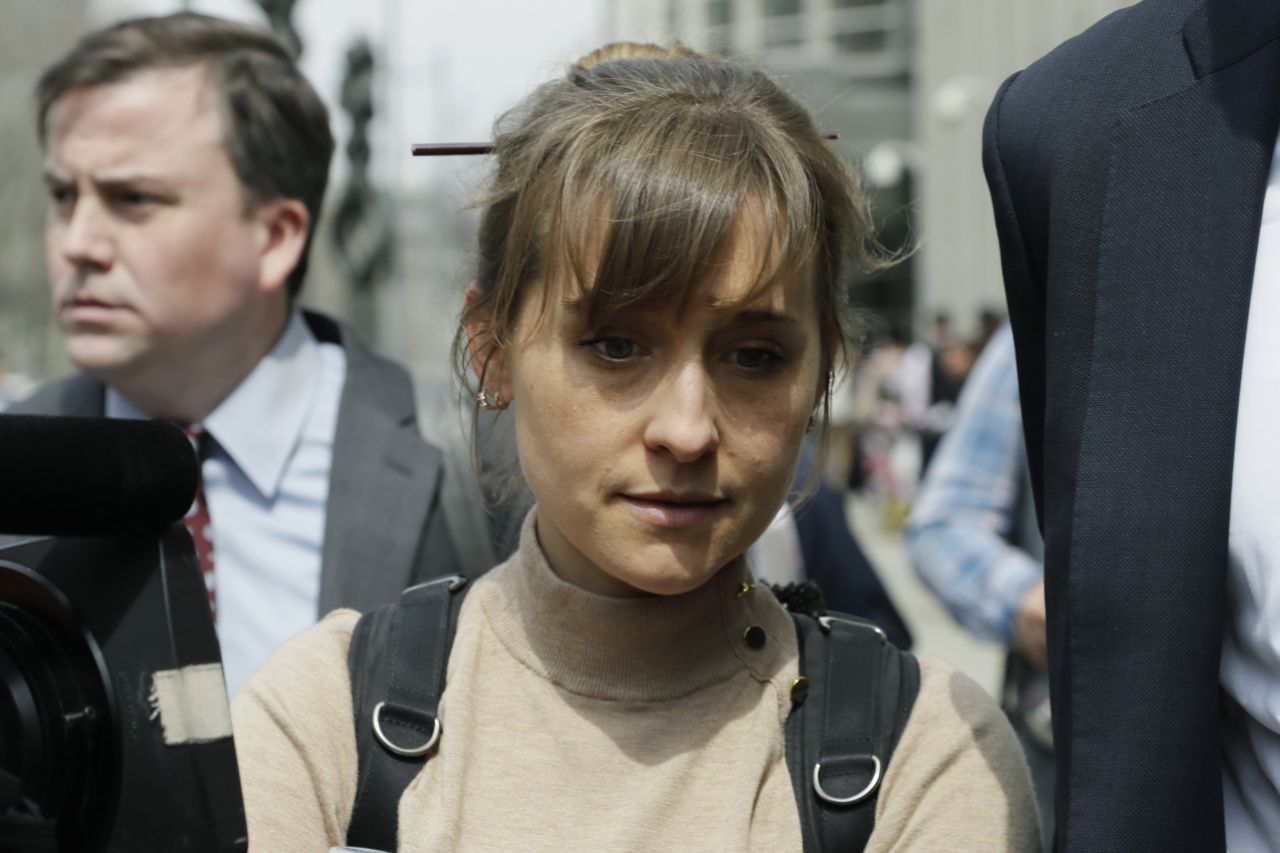 Reynhard Sinaga: man jailed for life for raping dozens of men in Manchester

A man believed to be responsible for hundreds of rapes has been found guilty of raping or sexually assaulting 48 men in Manchester.

Reynhard Sinaga, 36, a mature student from Indonesia, is thought by police to have abused at least 195 men over two-and-a-half years after luring them to his flat under the guise of being a “good samaritan”, drugging his victims and then attacking them after they passed out.

The judge said Sinaga had showed ‘not one jot of remorse’ and seemed to be enjoying the court process before sentencing.

Victims described how their careers and personal relationships had suffered as a result of the abuse. Several said they had turned to alcohol and become socially isolated, unable even to tell close relatives or friends about what happened. 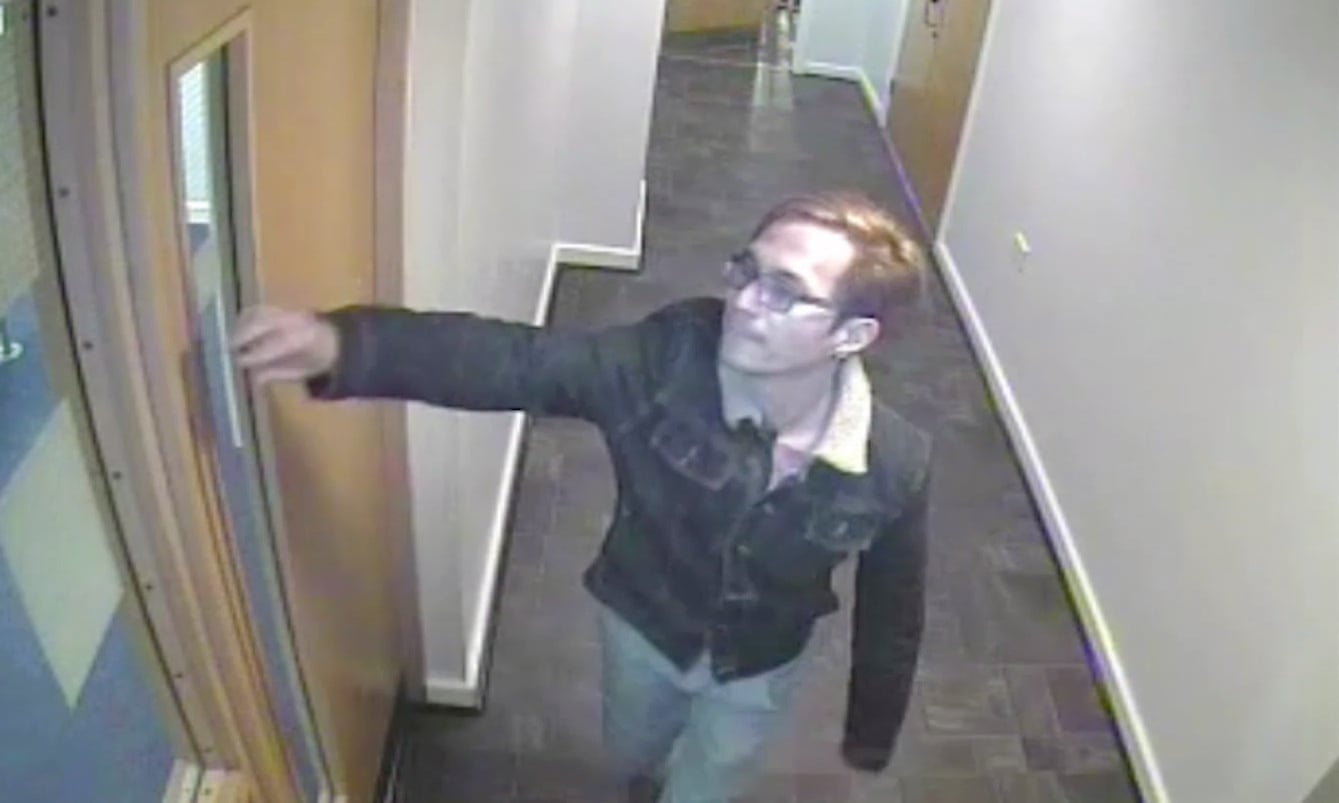 NSFL (Not the worst thing in the world)

I unironically hate my country, culture, and most people who live here. Anyone who doesn't get it is either ignorant in some fashion, in denial, or in on it. There's no inbetween at this point. How does it get this bad? This is a scene from Clockwork Orange playing out in real life and it isn't even the worst stuff that happens. I know I'm sounding like a contradiction in that I've yipped at others before who boil things down to, "they're just stupid." Most of the time I do my best to keep myself out of that oversimplified headspace, as for the most part it just leads to more needless tribalism. But right now these people are just stupid.

We can finally add this f*cker to this thread.

Harvey Weinstein found guilty at rape trial
Mon 24 Feb 2020 16.42 GMT
Harvey Weinstein, the fallen titan of Hollywood whose sexual abuse of aspiring young female actors sparked the #MeToo movement, has finally been brought to justice after a New York jury found him guilty.
The jury of seven men and five women at the New York supreme court took five days to reach their verdict. They found the defendant guilty of a criminal sex act in the first degree for forcing oral sex on the former Project Runway production assistant Miriam Haley in 2006.
The count carries a minimum prison sentence of five years and a maximum of up to 25 years.
The jury also convicted Weinstein of rape in the third degree. This relates to him raping a woman the Guardian is not naming, as her wishes for identification are not clear, in a New York hotel in 2013.
Weinstein was acquitted of three further charges, including the two most serious counts of predatory sexual assault which carried a possible life sentence and an alternative count of rape in the first degree.
https://www.theguard...charges-verdict 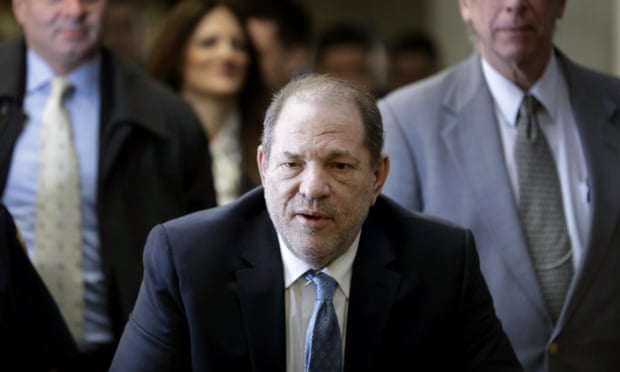 At least four infants have contracted herpes in New York City in the past six months after undergoing a circumcision rite in which the ritual circumciser, or mohel, cleans the circumcision wound by oral suction.

Three cases of herpes have been reported since December and four since September from the rite called “metzitzah b’peh,” WPIX-11 reported, citing the city’s Health Department.

I want you to think about that. These Ultra-Orthodox Jews have full religious licence to mutilate baby boys, then put their mouths on their genitals, proceeding to give these literal infants STDs. And this practice is fully protected in the USA.
The FUCK. 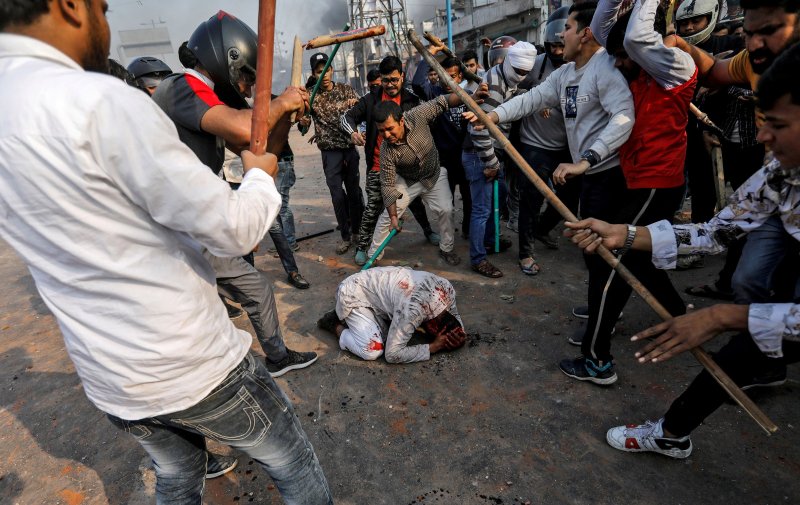 Aichi: Man infected with coronavirus goes to bars ‘to spread’ it

AICHI (TR) – A man in his 50s in Gamagori City visited two bars after being confirmed as infected with the novel coronavirus, city officials said on Thursday.

At around 6:00 p.m. the day before, medical personnel sent the man home after he was confirmed to be infected with the novel coronavirus, which causes a disease known as COVID-19.

He was to remain at home until an appropriate medical institution was found for treatment. However, he decided to take a taxi to an izakaya bar, reports Fuji News Network (Mar. 6).

Before departing, he reportedly told a family member, “I am going to spread the virus.” 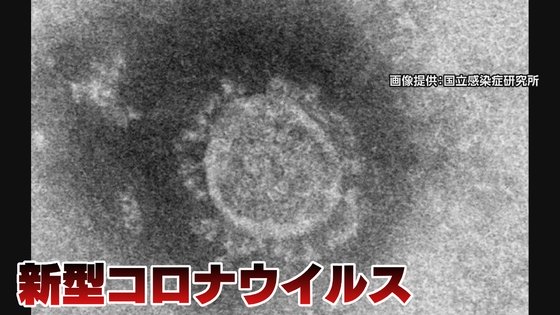 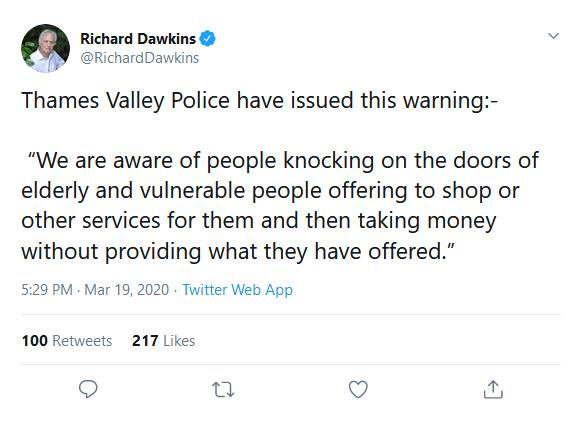 Three weeks ago, the Republican chairman of the Senate Intelligence Committee privately warned dozens of donors about the harrowing impact the coronavirus would have on the United States, while keeping the general public in the dark.

In a secret recording obtained by NPR, North Carolina Sen. Richard Burr is heard giving attendees of a club luncheon a much different message than most federal government officials, especially President Trump, were giving the public at the time.
“There’s one thing that I can tell you about this,” Burr said, “It is much more aggressive in its transmission than anything that we have seen in recent history.” He added, “It is probably more akin to the 1918 pandemic.”
That pandemic claimed more than 600,000 American lives. While Burr’s public comments about the coronavirus at the time were rather tame, he provided facts about the dire reality of the virus to members of the Capitol Hill Club, a North Carolina group that consists of heads of businesses and organizations. According to federal records cited by NPR, the companies represented at the luncheon donated more than $100,000 to Burr’s election campaign in 2015 and 2016.
UPDATE: ProPublica reported on Thursday that Sen. Burr sold off up to $1.56 million in stock on February 13th, as he was reassuring the public about coronavirus preparedness. At the time, Burr and the Intelligence Committee were receiving daily briefings about COVID-19.

lol even Tucker Carlson is calling him out

I normally take a screenshot (using the "Print Screen" key on the keyboard), paste into Photoshop, save as a JPEG, then upload to Imgur and embed the image URL here.

Hopefully the next incarnation of this forum will enable Tweet embedding.

P.S. Most phones also have a screenshot option.

I normally take a screenshot (using the "Print Screen" key on the keyboard), paste into Photoshop, save as a JPEG, then upload to Imgur and embed the image URL here.

Hopefully the next incarnation of this forum will enable Tweet embedding.

What I've been using

It fucks out when there are two posts showing, but it's certainly faster

What I've been using
https://tweetcyborg.com/

It fucks out when there are two posts showing, but it's certainly faster

Perhaps "scum" is a little too strong a word – but "cunt" could certainly be used to describe this shop owner.

A West Yorkshire Police officer was left in disbelief on Saturday after large crowds coughed at police and spat while they were standing guard during a serious incident.

A West Yorkshire Police officer was left in disbelief on Saturday after large crowds coughed at police and spat while they were standing guard during a serious incident.

I think there are grounds for people deliberately trying to infect others to be charged with attempted murder or terrorism.

I think there are grounds for people deliberately trying to infect others to be charged with attempted murder or terrorism.

Oh, I agree totally. In fact, this has already happened with HIV:

Coronavirus: Teens held for 'coughing in face' of elderly couple

Three teenagers were arrested after an elderly couple were allegedly coughed at in the street.

The couple were approached by three people in Hitchin, one of whom is said to have coughed in their faces.

A passer-by intervened and there was "an altercation" which left a woman in her 70s with a black eye, police said.

Three males aged 16, 18 and 19 were questioned on suspicion of actual bodily harm, affray and criminal damage after the incident on Friday afternoon. 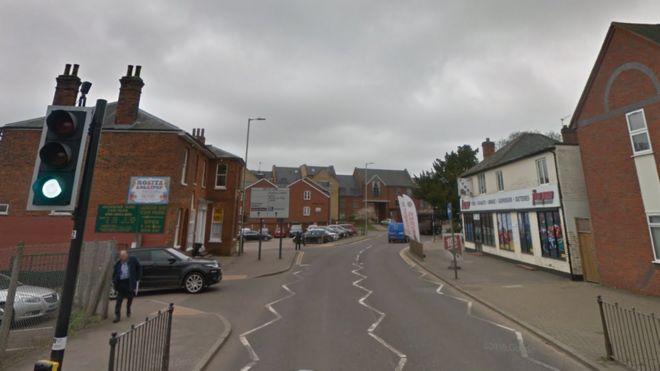