285 replies to this topic

But more importantly 2: The issue here is that we tend to reduce these things down to an all-or-nothing statement. That either men hunted and women gathered or that men and women hunted and gathered, perhaps even equally.

Virtually no modern hunter-gatherers have a predominantly female-led hunting culture, though one could argue that perhaps it's just that times and conditions have changed and that there are far fewer hunter-gatherers than ever.

See, what I think is more likely is that there is and have always been four major gender expressions among humans— masculine male, feminine male, masculine female, and feminine female, with all the rest being peripheral at best. In our ideal binary view of things, we only recognize masculine males and feminine females as representatives of their sex and try desperately to force feminine males and masculine females into their preassigned roles. This never works: there's been gay & effeminate men and Butch/warrioress women as far back as the Sumerians just in terms of pure history, let alone prehistory. When it comes to women, due to them being weaker and smaller than men on average, we outright presume that they have no physical force or aggressive will on principle. Whenever they do, it's always seen as inferior to the male spirit at best and an aberration to be corrected more usually. This also scrubs away any exceptions— that there might be exceptional women of a masculine gender orientation who are just as fueled by a violent warrior spirit, seek to hunt, and prove themselves to at least some baseline on par with men. In terms of societal ideals, these are not valued at all, but statistics say we'll see these types sooner or later. Given the length of human history and the number of humans to have gone before us, it seems silly to say that's not what these instances are.

I am reminded of instances where women posed as men and carried on quite successfully in physically demanding roles.  Only to be discovered after they died that they were indeed women.

The other possibility that occurred to me when  I first read the article is that hunting may have been carried out in a cooperative manner, in which case women may have played a supporting role - carrying weapons, helping to form hunting strategies,  startling prey into ambush, etc.  Admittedly, probably not a whole lot of evidence for that in today's hunter gatherer societies.

An Unidentified Ancient Human Lives on in Modern Genes

(Inverse) FOR YEARS, scientists have tried to detangle the actors that played a role in human evolution's complicated story.

We know that our modern human ancestors mated with other early hominin groups, such as the Neanderthals and the Denisovans. But further research suggests they may have led a more promiscuous life than previously thought.

In a study published in August, researchers analyzed human DNA using a brand-new method and, in doing so, they were able to unearth parts of the DNA that came from other species.

Using a method called the “ancestral recombination graph” algorithm, dubbed ARGweaver-D, the study team discovered that the Denisovans possessed a genome that contained one percent of DNA from an unknown distant relative.

The algorithm works by analyzing the genome to identify segments of DNA that may have come from different species, no matter the time and no matter the source. The team applied the algorithm to look at genomes from two Neanderthals, a Denisovan, and four modern humans. Using this specific approach, they were able to look further back in time than any other existing technology has been able to so far.

(Courthouse News) — In a region of eastern Africa known as the Cradle of Humankind, archeologists have unearthed an ancient site that they say points to early humans’ ability to adapt to sudden environmental shifts and longer-term climate change.

The Oldupai Gorge in Tanzania, part of a broader UNESCO World Heritage site, is well-known among archeologists for its rich evidence of ancient history. For decades, researchers have combed the gorge for fossils and tools from the long-ago presence of hominins, the small-brained ancestors of humans.

In a paper published Thursday in Nature Communications, archeologists said they had unearthed the oldest-known signs of the early humans that once lived in and around the gorge.

The area has more commonly been known as the Olduvai Gorge, though the researchers involved in the new study have led a push to instead call the area Oldupai, describing the former version as westerners’ misspelling of a word for a wild plant that grows in the area.

The newly excavated Ewass Oldupa site within the broader gorge – meaning “on the way to the gorge” in the local Maa language – includes primitive stone tools dating back to 2 million years ago, the oldest such artifacts ever discovered in the area.

A view of an archeological site in Tanzania where researchers say they discovered clues to how early humans lived 2 million years ago.

An Evolutionary Timeline of Homo Sapiens

Archaeologists have managed to get near-perfect notes out of a musical instrument that's more than 17,000 years old.

It's a conch shell that was found in a hunter-gatherer cave in southern France.

The artefact is the oldest known wind instrument of its type. To date, only bone flutes can claim a deeper heritage.

The discovery is reported in the journal Science Advances. 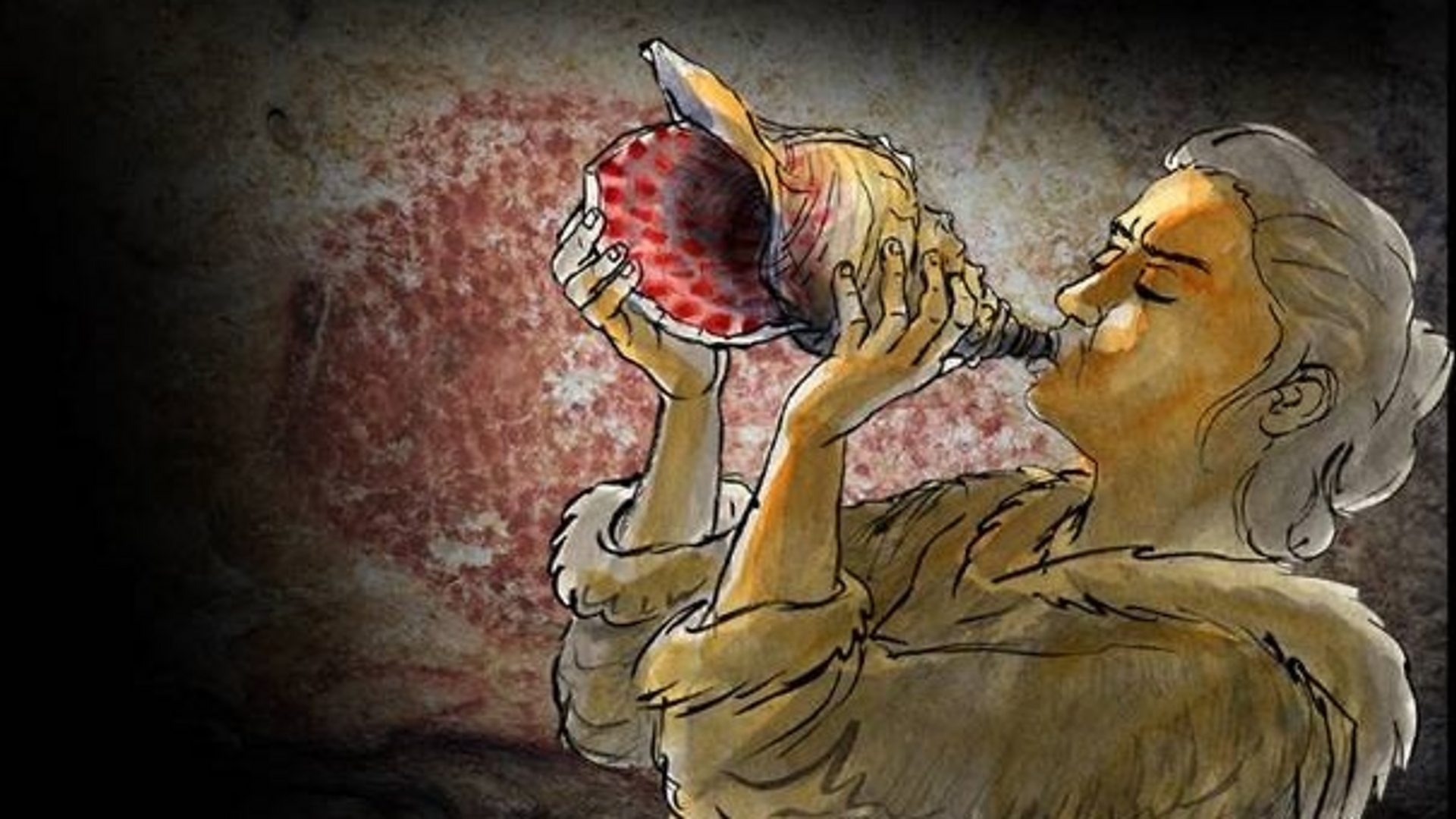 (Science Alert) Homo sapiens today look very different from our evolutionary origins, the microbes wriggling about in the primordial mud. But our emergence as a distinct species cannot, based on the current evidence, be conclusively traced to a single location at any single point in time.

In fact, according to a team of scientists, who have conducted a thorough review of our current understanding of human ancestry, there may never even have been such a time. Instead, the earliest known appearances of Homo sapiens traits and behaviours are consistent with a range of evolutionary histories.

We simply don't have a large enough fossil record to definitively rule on a specific time and place in which modern humans emerged.

"Some of our ancestors will have lived in groups or populations that can be identified in the fossil record, whereas very little will be known about others," said anthropologist Chris Stringer of the Natural History Museum in London in the UK.

"Over the next decade, growing recognition of our complex origins should expand the geographic focus of paleoanthropological fieldwork to regions previously considered peripheral to our evolution, such as Central and West Africa, the Indian subcontinent and Southeast Asia."