306 replies to this topic 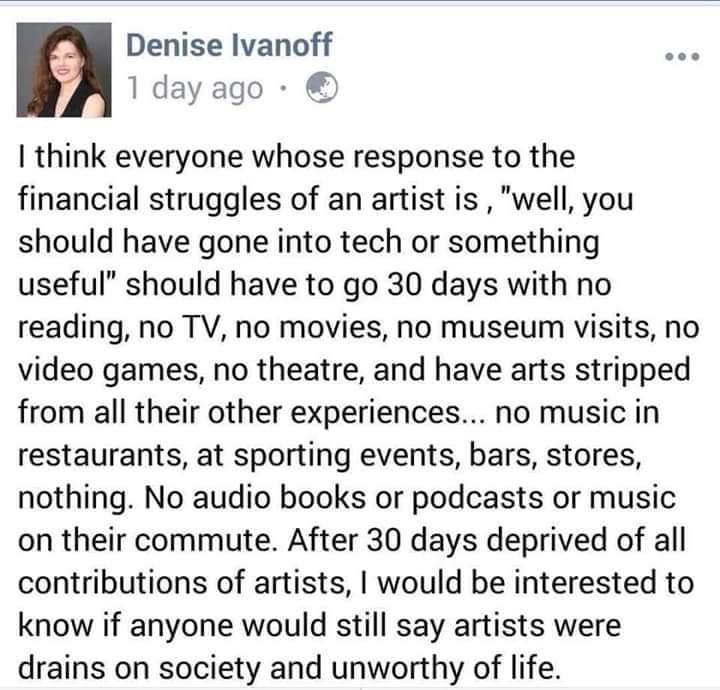 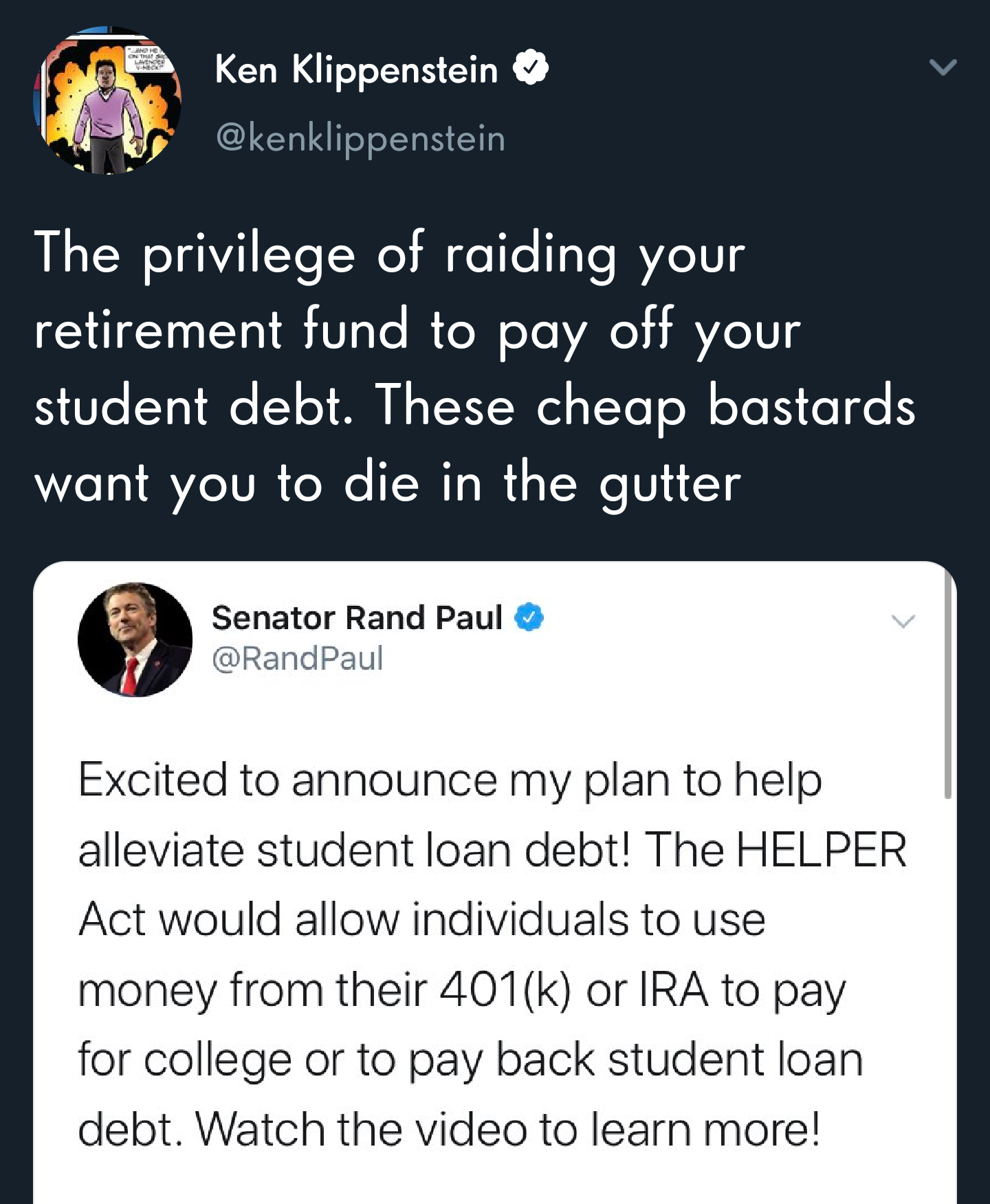 My current political belief is Maoism thirdworldism which I may elaborate on later. 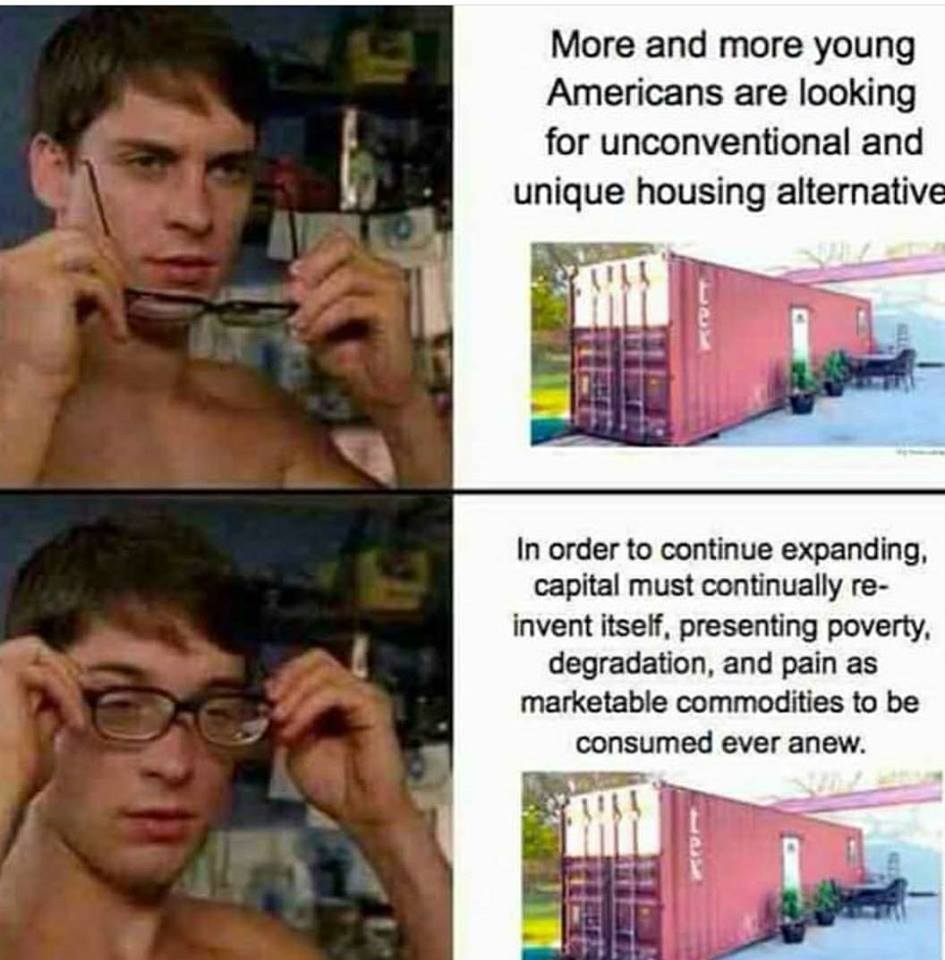 This was posted in the Socialism/Communism discussion thread, but it is really about capitalism:

Yuli Ban: In the case of China and Britain, capitalism arose (or almost arose in China's case) without much need for a revolution. In the much more insular nation of France, capitalism was trying to sprout, but the closed aristocracy and absolutist regime stifled it until the bourgeoisie exploited the revolutionary conditions of 1789 to (attempt to) come out on top. And even then, it didn't work until France started industrializing, and by that point, the monarchy had already been restored but was about to fall again.

...and what about the United States?

Aside from the American revolution, there was also the importance of the attitude toward the land.  After all, there was the model of natives to look toward.  Robert Cushman, writing in 1622, crystalizes this contrast:

(They) do not run over the grass, as do the foxes and wild beats.  They are not industrious, neither have art, sciences, skill of faculty to use either the land or the commodities of it, but all spoils, rots and is marred for want of manuring, gathering, ordering, etc.  As the ancient patriarchs therefore removed from straiter (sic) places into more roomy, where the land lay idle and waste, and none used it, though there dwelt inhabitants by them (as Genesis 13:6, 11, 12 and 34:21 and 41:20) so it is lawful now to take land which none useth to make use of it. 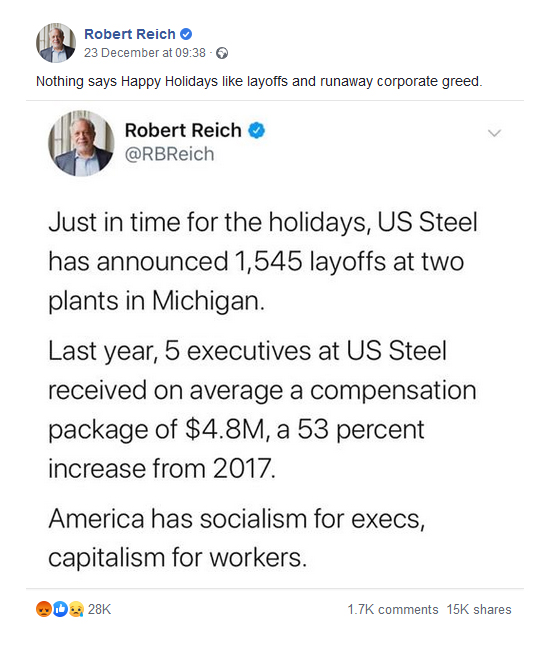 (Reuters) LONDON – A majority of people around the world believe capitalism in its current form is doing more harm than good, a survey found ahead of this week’s Davos meeting of business and political leaders.

This year was the first time the Edelman Trust Barometer, which for two decades has polled tens of thousands of people on their trust in core institutions, sought to understand how capitalism itself was viewed.

The study’s authors said that earlier surveys showing a rising sense of inequality prompted them to ask whether citizens were now starting to have more fundamental doubts about the capitalist-based democracies of the West.

“People are questioning at that level whether what we have today, and the world we live in today, is optimized for their having a good future.”

Commerce is entitled to a complete and efficient protection in all its legal rights, but the moment it presumes to control a country, or to substitute is fluctuating expedients for the high principles of natural justice that ought to lie at the root of every political system, it should be frowned upon, and rebuked.

A good argument as to why capital needs to be checked by the state. Neoliberal democracy is declining, hopefully giving way for Social Democracy to again flourish. A lot of us actually don't have a pathological hatred of Capitalism itself per-say, just when it becomes so egregious to allow corporate despotism.

I want to see technological innovation compete and flourish, but I also want to see cooperative use of technological solutions for the betterment of society. In any case, crisis in many societal sectors will only accelerate a shift in market consciousness. Automation especially. In fact, I'm just going to say it early: owning a working machine (whether for business, utility, etc) is owning the means of production, and should be a human right!

Reading those tweet responses gave me corona virus. Every single example of socialism somehow has to relate to the USSR, rather than some basic social programs/safety nets to buffer people's livelihoods during times of crises or otherwise. That's the actual issue here, not just the supply chains being affected. The fact that people feel the need to panic shop to begin with shows a consumerist mentality in which they are not able to rely on the state to secure them.

Unfettered capitalism has killed many people via poverty, hunger, or war. Some things are more important than selfish self interest, such as the basic need to survive. In the end, capitalism in crisis looks very similarly to the corrupt authoritarian regimes it claims to provide "freedoms" against. 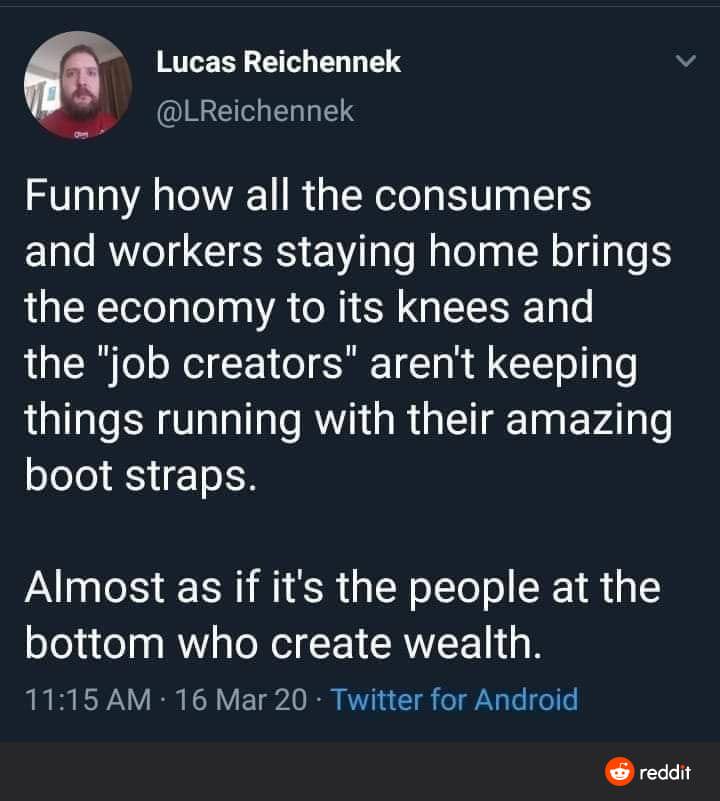 "Covid-19 may very well be the death blow, or at least the first of many blows, to neoliberal American capitalism." 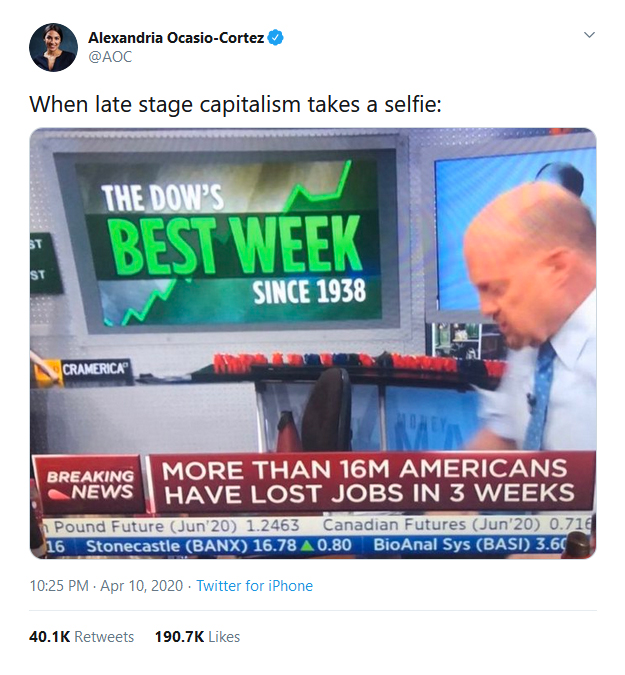 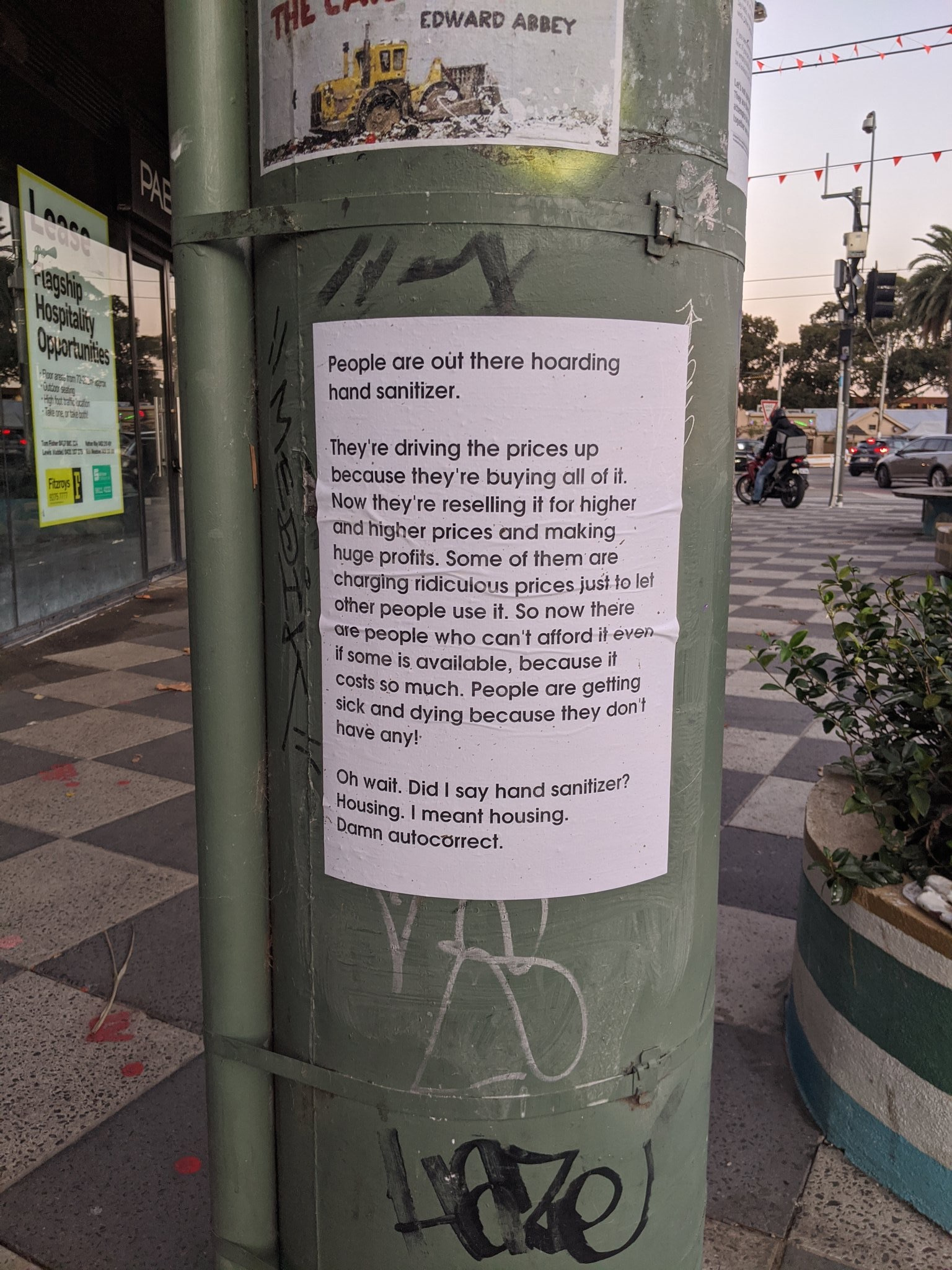 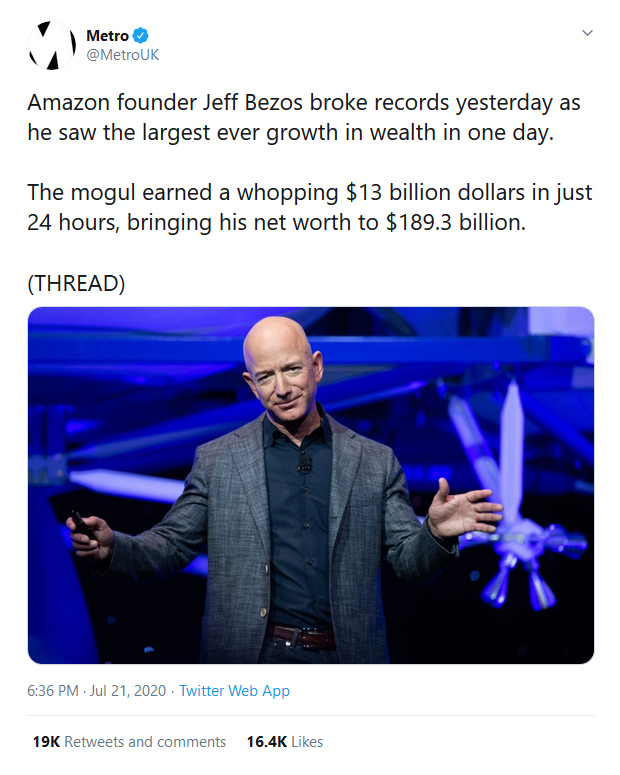