174 replies to this topic

Was a Banner Hung from Trump Tower Saying He ‘Betrayed and Murdered Kurdish People’?

On Oct. 9, 2019, a video supposedly showing a large banner reading “(Trump) Betrayed and Murdered Kurdish People” hanging from top of the Trump Tower in Las Vegas (while off-screen protesters chant “Not my president”) started making its way around social media.

This video does not show a genuine banner hanging from Trump Tower, but rather a digital creation from @PaulLidicul made in response to President Trump’s decision not to aid American-allied Kurdish forces in Syria during a planned Turkish military campaign. 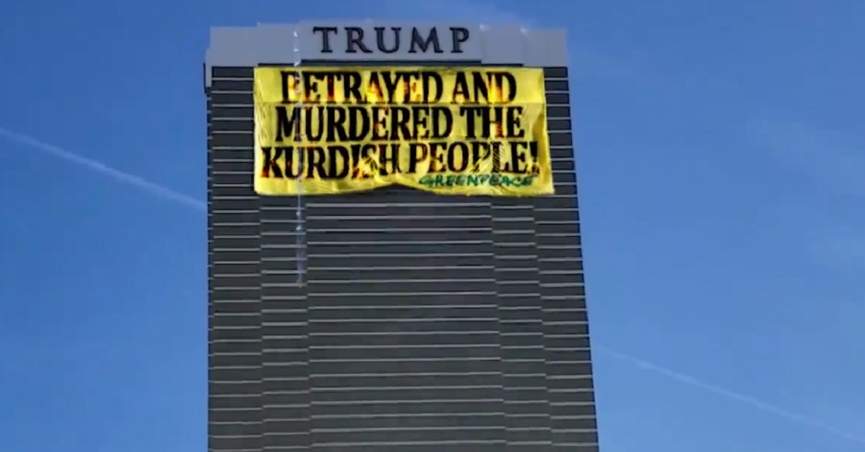 /\ I've been continuously amazed at how even shitty cgi can fool people. My mum bless her heart is in her mid 50s now and she thought the Cats movie trailer had real actors in costume before I pointed it out. A trained eye can usually tell if something is cg barring the most cutting edge render but the laymen, especially older laymen, apparently can't.

BigGAN used to generate a painting of a church 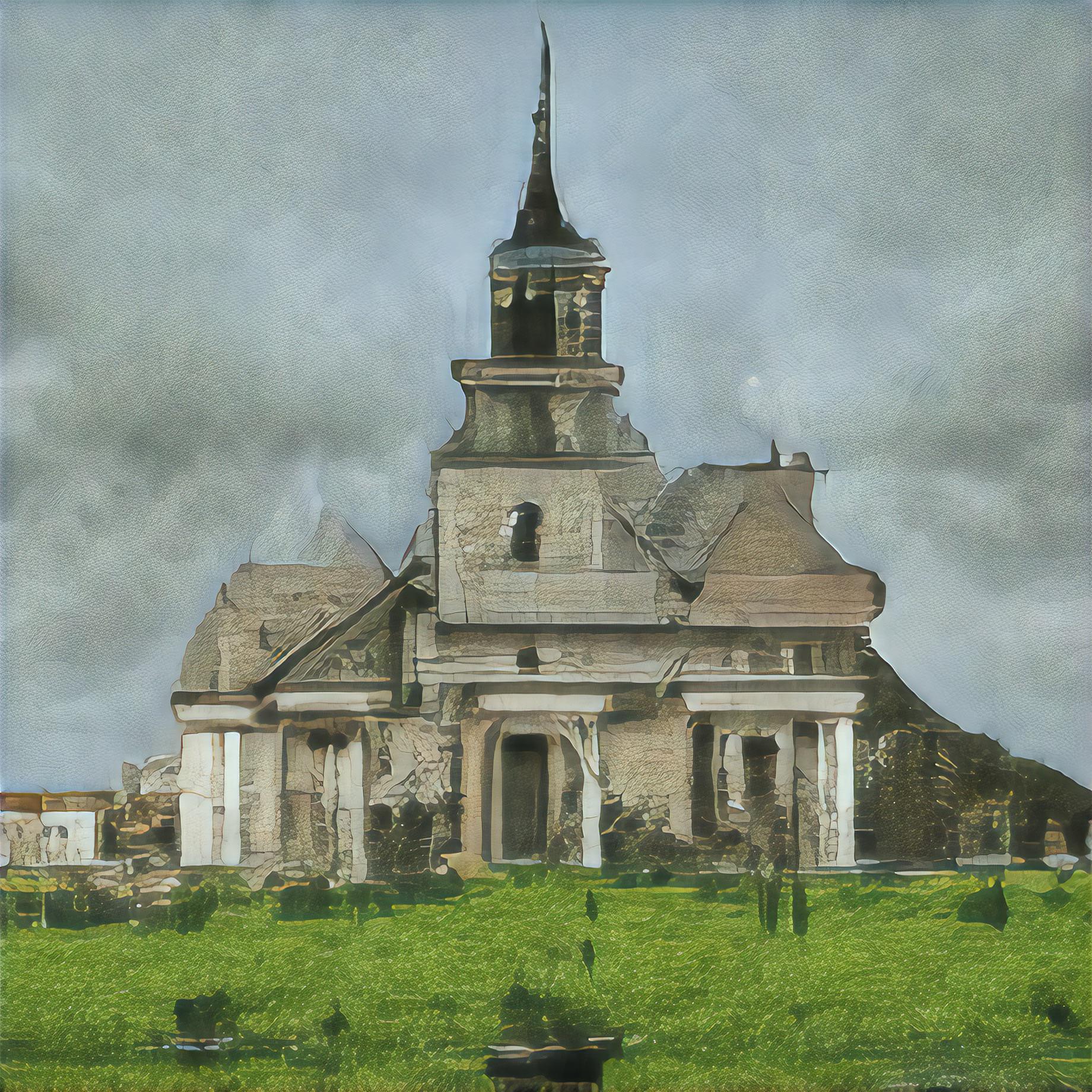 I've done a tad bit more work on this, so the skeleton of the thing is there. I don't know whether I should immediately go to GANs and Ian Goodfellow or whether I should write a paragraph about pre-GAN media synthesis first.

Then comes the task of filling out the other sections. For those, I'll probably copy and paste a bunch from their original respective articles.

As the final model release of GPT-2’s staged release, we’re releasing the largest version (1.5B parameters) of GPT-2 along with code and model weights to facilitate detection of outputs of GPT-2 models. While there have been larger language models released since August, we’ve continued with our original staged release plan in order to provide the community with a test case of a full staged release process. We hope that this test case will be useful to developers of future powerful models, and we’re actively continuing the conversation with the AI community on responsible publication.

GPT-2 can be hit-or-miss, but when it hits, man is it scary-impressive!:

[Prompt?] John F. Kennedy was just elected President of the United States after rising from the grave decades after his assassination. Due to miraculous developments in nanotechnology, Kennedy's brain was rebuilt from his remains and installed in the control center of a state-of-the-art humanoid robot. Below is a transcript of his acceptance speech.

[GPT-2 generation?] I've said before that humans have a very unfortunate legacy of being the most powerful, violent species in the world, but we are slowly starting to correct that. I, now a robot, am a living testament to our species' potential. And to prove it, I will be inaugurating the most revolutionary program of social justice in history.

Now, I realize there are people who think that the fact that I'm a robot makes me unfit for this office. But, as the President of the United States, I don't have to prove my humanity to anyone. I'm not going to debate about whether or not my brain can be programmed to think complex thoughts. I can only say that it's the greatest privilege of my life to have my brain wired directly into the control center of a state-of-the-art humanoid robot, giving the people of this country the ability to give us all a voice.

My head is the first presidential head on display at Mount Rushmore, and for the next four years, I plan to keep it there permanently.

I look forward to continuing my work on behalf of the American people as a robot. I hope to see America united as it was on January 20th of this year.

Thank you, and God bless the United States.

Got a little surreal towards the end. NVIDIA's MEGATRON Language Model seems to have less craziness like that.

James Dean to be 'resurrected' for new Vietnam war drama

Rights have been acquired to digitally reanimate the actor, who died in 1955, so he can star in his fourth movie

Hollywood icon James Dean is due for a cinematic resurrection after it was announced the actor has been “cast” in a Vietnam war drama about military dogs.
According to the Hollywood Reporter, directors Anton Ernst and Tati Golykh have acquired the rights to use the image of the actor – who died in 1955 – from his family in an adaptation of Gareth Crocker’s novel, Finding Jack. The novel follows a soldier who bonds with a labrador called Jack during the conflict, but is ordered to leave the dog behind, along with thousands of others, when the US military pulls out.
The film-makers will use pre-existing film and photographs to create a “full body” CGI version of Dean, with another actor providing his voice.

Ernst told the Hollywood Reporter: “We searched high and low for the perfect character to portray the role … which has some extreme complex character arcs, and after months of research, we decided on James Dean.”

These Deepfakes are getting even better and more elaborate. They are going to be indistinguishable to real life in just a handful of years.

This draft is actually decent! It's at least publishable.

This draft is actually decent! It's at least publishable.

Good luck, it was a good read.

Look at this upscaler! 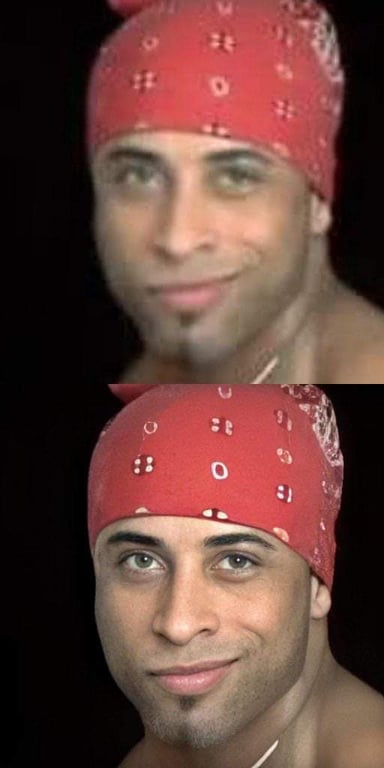 If they keep improving the AIs then animators can steadily do fewer and fewer frames until eventually...

AI Dungeon is back online! It's an (almost) infinite-generating story.

Last month, I asked him if he thought GPT-2 could play chess. I wondered if he could train it on a corpus of chess games written in standard notation (where, for example, e2e4 means “move the pawn at square e2 to square e4”). There are literally millions of games written up like this. GPT-2 would learn to predict the next string of text, which would correspond to the next move in the chess game. Then you would prompt it with a chessboard up to a certain point, and it would predict how the chess masters who had produced its training data would continue the game – ie make its next move using the same heuristics they would.
Gwern handed the idea to his collaborator Shawn Presser, who had a working GPT-2 chess engine running within a week...