331 replies to this topic 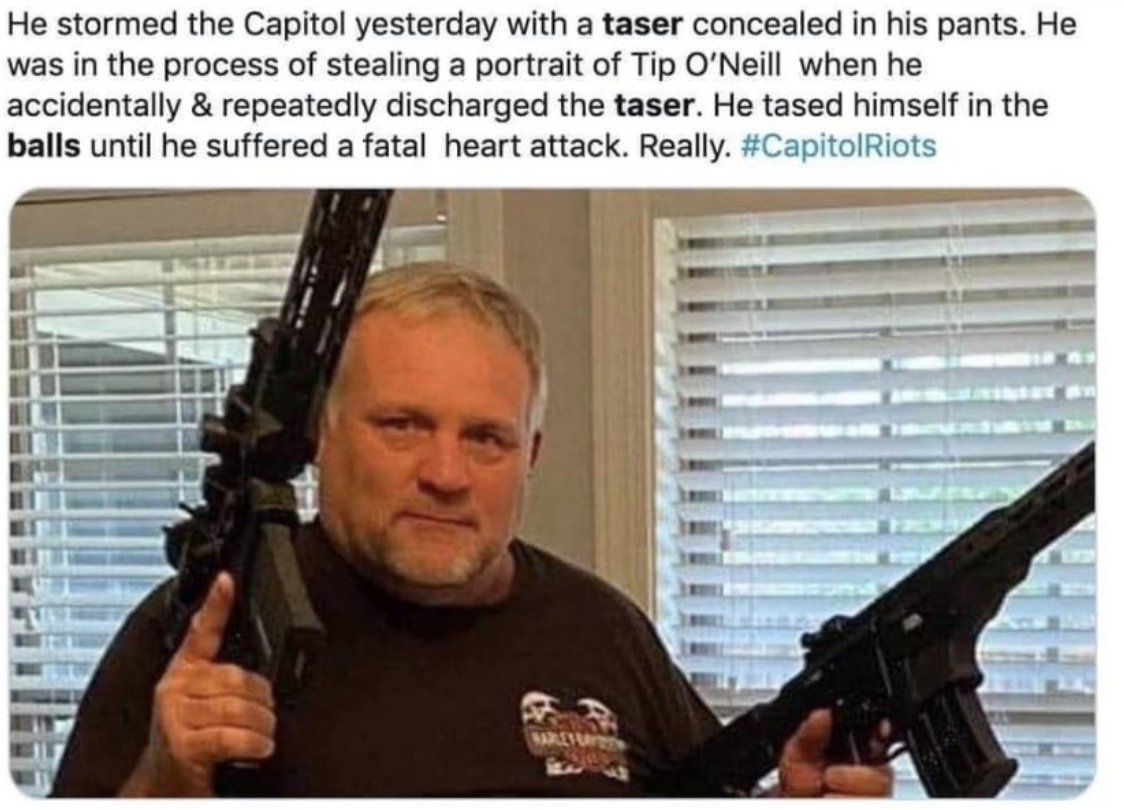 Teenager emerging from 10-month coma has no knowledge of pandemic

A teenager who is emerging from a 10-month long coma has no knowledge of the coronavirus pandemic despite having caught the disease twice.

Joseph Flavill, 19, was hit by a car while walking in Burton upon Trent, Staffordshire, on 1 March last year, three weeks before Britain’s first national lockdown began.

He has spent months in a coma after he suffered a traumatic brain injury but is slowly beginning to recover and has started responding.

His aunt, Sally Flavill Smith, told the Guardian: “He won’t know anything about the pandemic as he’s been asleep for 10 months. His awareness is starting to improve now but we just don’t know what he knows.

“I just don’t know where to start with it. A year ago if someone had told me what was going to happen over the last year, I don’t think I would have believed it. I’ve got no idea how Joseph’s going to come to understand what we’ve all been through.” 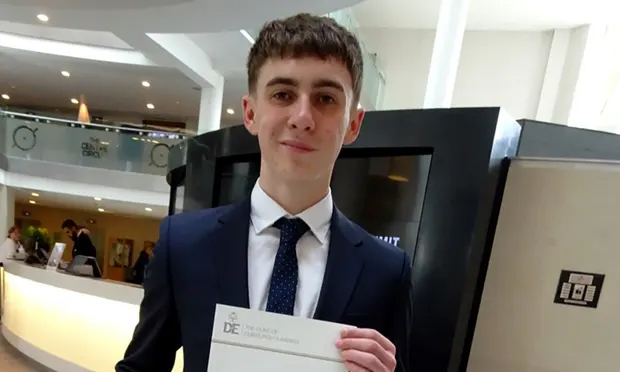 ^ When is the Colonel just going to pop up on all our screens and recite the MGS2 ending speech?

Two US women pose as 'grannies' to skip vaccine queue

Two women aged 34 and 44 attempted to pass as over-65s in Florida in order to jump the queue and receive their Covid-19 vaccines ahead of schedule, authorities have said.

The pair had apparently managed to secure one dose of a Covid-19 vaccine already as they had cards from the Centers for Disease Control and Prevention.

But they were detected by officials and reprimanded when they turned up at a vaccination centre looking for their second dose.

An Indonesian fisherman appears to have got considerably more than he bargained for after catching a shark in his trawler.

Abdullah Nuren, from the village of Pepela on Rote Island, near West Timor, said he was out fishing with his brother on Saturday night when they discovered a pregnant shark in their nets.

“The next day I split the belly of the mother shark and found three cubs in its stomach,” the 48-year-old was quoted as saying by local outlet Viva.

But while two of the baby sharks looked similar to their mother, one bore an uncannily human face.

Nuren is reported as saying his family helped him to preserve the unusual-looking shark and that his home “has been crowded with people who want to see” it. 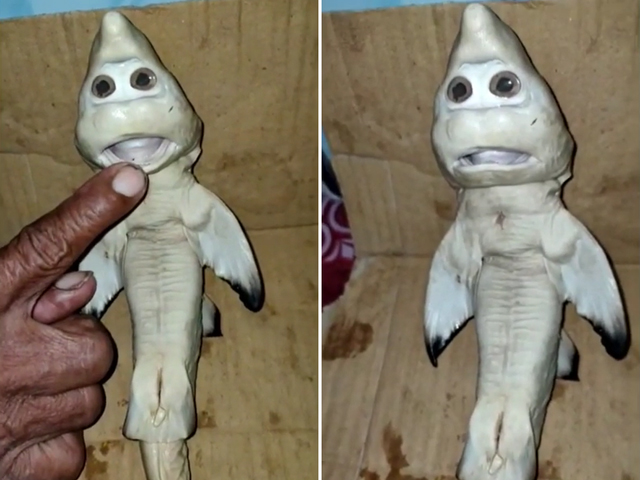 Indian man killed by his own rooster during cockfight

A rooster that had been fitted with a knife for an illegal cockfight has killed its owner in southern India.

The bird's owner was impaled in the groin by the knife as the animal tried to escape. The man died on the way to hospital from a loss of blood.

Police are now searching for 15 more people involved in the event, which took place in the village of Lothunur in Telangana state earlier this week.

The animal was held at a police station before being transferred to a farm.

Police said the animal was being readied to take part in a fight when it tried to escape. Its owner attempted to catch it but was struck by the 7cm-long (three inch) knife on the animal's leg during the struggle.

Indian man killed by his own rooster during cockfight

There are two days in a man's life more important than any other: the day he was born and the day he discovers why

Today is the day this thread discovers why it was created

(Almost four years after this news, mind you)

What does the Nazi fox say?

Now here's something new: Rocky Mountain Fur Con (RMFC), Denver's big annual furry convention, has been cancelled for 2017 after one of the organizers, Kendal Emery, turned out to be a sovereign citizen kook who's also pals with a group of white supremacist furries calling itself the "Furry Raiders." On top of that, the supposed nonprofit group that organized the convention had its nonprofit status revoked in 2011; the group failed to file tax returns between 2008 and 2015. Oh, and then there was the weirdass not-actually-legal "cease and desist" letter organizer Emery sent to a woman who'd exposed his 1993 conviction for criminal sexual contact with a minor. So things are, to say the least, a little strange in the Furry community right now. Trekkies and My Little Pony fans are reportedly shaking their heads and saying "what a bunch of weirdos."

The freaky intersection of loony rightwing politics and furry fandom shouldn't reflect badly on most furries, who are regular folks who enjoy dressing up as animals and maybe enjoying a nice late-night game of Fight or Flight Reflex. But yeesh, check the Denver Channel's exhaustive summary of all the rabbit holes and backbiting this mess has generated in the Colorado furry community. The story blew up nationally when JJ MacNab, one of the top chroniclers of rightwing and sovereign citizen groups, tweeted a link to a story last week in the furry blog "Flayrah" about the kerfuffle, detailing the sudden cancellation of this year's RMFC. Shortly before the story was posted, RMFC chair "Sorin" (Zachary Brooks) posted this lovely passive-aggressive note explaining the con had been cancelled because of certain people who want nothing but trouble. For once, that didn't mean the Jews. Or maybe it does.... 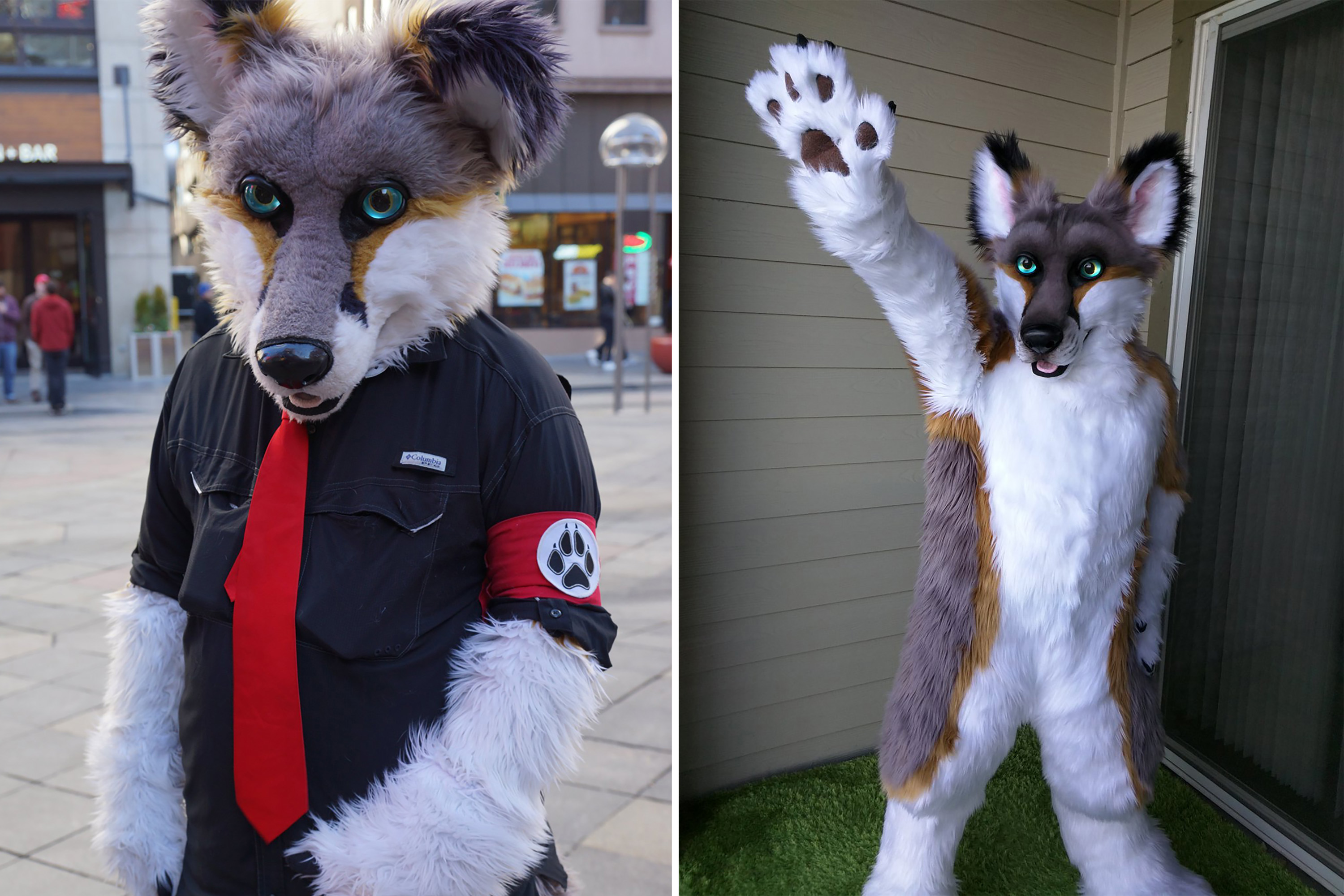 No, this is not a joke or a troll. Furries really do genuinely have a neo-Nazi problem.

Beware: there's a lot of degeneracy behind these links.

A man has died from coronavirus after suffering a three-hour erection caused by the disease, a study claims.
The Covid patient, from Ohio, US, was placed on a ventilator in Miami Valley Hospital in August last year after catching the disease.
Doctors left the 69-year-old on his stomach for 12 hours in a bid to help him breathe but when they turned him back over he had an erection, the study said.
They tried to reduce the swelling with an ice pack but this was unsuccessful, doctos said in The American Journal of Emergency Medicine.
After three hours they were forced to drain the blood from his penis with a needle.