280 replies to this topic

Welp, another future religion to add to my universe. Where Will's universe is strangely devoid of such things, mine has a lively religious scene, with Old Earth religions competing alongside newer ones like the Elonic Church, Panpsychism, Simulationism, and, evidently, Way of the Future.

Archaeologists in Turkey may be on the cusp of solving a mystery thousands of years in the making after they stumbled on a tomb beneath the ruins of an ancient church they believe contains the remains of Saint Nicholas—known popularly as Santa Claus.
A portion of the site believed to contain the undamaged grave was discovered in St. Nicholas Church, located in Turkey’s southern Antalya province. The Demre district in which the church is found is known to be the revered Christian saint’s birthplace.

A family stranded in the Scottish Highlands have been rescued by the "Hogwarts Express" steam train.
Jon and Helen Cluett and their four young children were staying at a remote bothy in Lochaber when their canoe was swept away by a swollen river.
Facing a long walk back to their car across boggy land, they phoned the police for advice.
To their delight, they arranged for the steam train used in the Harry Potter films to pick them up.
The train, called The Jacobite, is used for excursions on the West Highland Railway Line, crossing the iconic Glenfinnan Viaduct that also features in the movies.

Neo-Nazi and National Front organiser quits movement, comes out as gay, opens up about Jewish heritage

A white supremacist active as recently as the start of this year says today he is publicly renouncing 40 years of hate. Speaking on Channel 4 News he comes out as gay for the first time – and admits to a violent past.

It's always those spouting "Degeneracy! Cultural Marxism! Moral Decline!" that happen to have such backgrounds, you ever notice? There's a reason that the meme is that virulent homophobes tend to be hotly, aggressively gay. 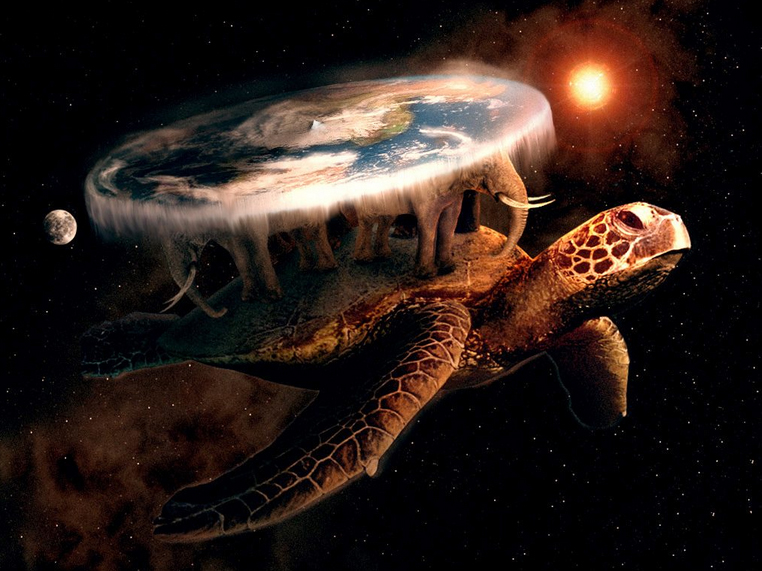 "Edge of the world" being the edge over which one goes from being an unthinking idiot to the awfully hard realization (perhaps self-actualization, ha) he is one.

I would enjoy watching that i think, although maybe not for a whole TV series. As a sort of documentary movie maybe?

I would enjoy watching that i think, although maybe not for a whole TV series. As a sort of documentary movie maybe?

Yeah, it's gonna be so amusing.

It'd be funny as they get to near the end of their exploration, they'd probably go contortionist trying to rationalize why there isn't an edge.

CORUNNA, Mich. (AP) — A Michigan woman who authorities say kept her disabled adult sister locked in a closet has been sentenced to the maximum 13 1/3 to 20 years in prison.

Lawson testified during her trial that the she kept her sister in a room, not a closet, and needed to lock her sister in at night because she would otherwise wander off. Lawson denied restricting access to food.


Last week, a sign went up. It caused a lot of other stuff to go down.

Hampton Station, a neighborhood craft beer and pizza spot in Seminole Heights put the notice up on Oct. 24, on the front door in fat all-caps.

It’s a local piece of a national conversation. As American breweries and bars become increasingly welcome to families, with laid back atmospheres, food, games and grassy knolls, should business owners be able to draw the line?

A man shot himself in the penis after robbing two people at a business Tuesday morning in the West Pullman neighborhood on the Far South Side.

Just after 6 a.m., the 19-year-old robbed two people at gunpoint of their cellphones, wallets and cash at a business in the 700-block of West 116th Place, according to Chicago police.

As the man was running away, he shot himself in the penis, police said. He was taken in serious condition to Christ Medical Center, where he was taken into custody.

Suspect shoots himself in penis after West Pullman robbery

I am not going to investigate this further, in case it turns out he didn't deserve it for some reason.

It's not every day that you find out that one of the worst human beings to ever waste oxygen on planet Earth happened to enjoy video games. According to some recent documents released by the CIA, it turns out that Osama Bin Laden (or at least someone who used his computer) pirated games such as Final Fantasy 7 and the 3DS hit New Super Mario Bros. What's perhaps least shocking of all is that the mastermind behind 9/11 paid for literally none of these games.
According to a list that the CIA put together, Bin Laden also enjoyed animated movies such as Antz, Cars, Chicken Little, and Ice Age: Dawn of the Dinosaurs. If you go through his file index and hit Control+F and type ".SAV", you'll run down all of the pirated DS games he played which also included Metroid Prime: Hunters, Mario and Luigi: Partners in Time, Battles of Prince of Persia, and even Naruto: Saikyou Ninja Daikesshuu 3.

Here are some other pictures located on bin Laden's laptop 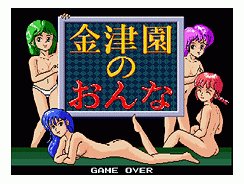 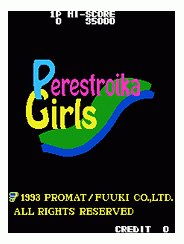 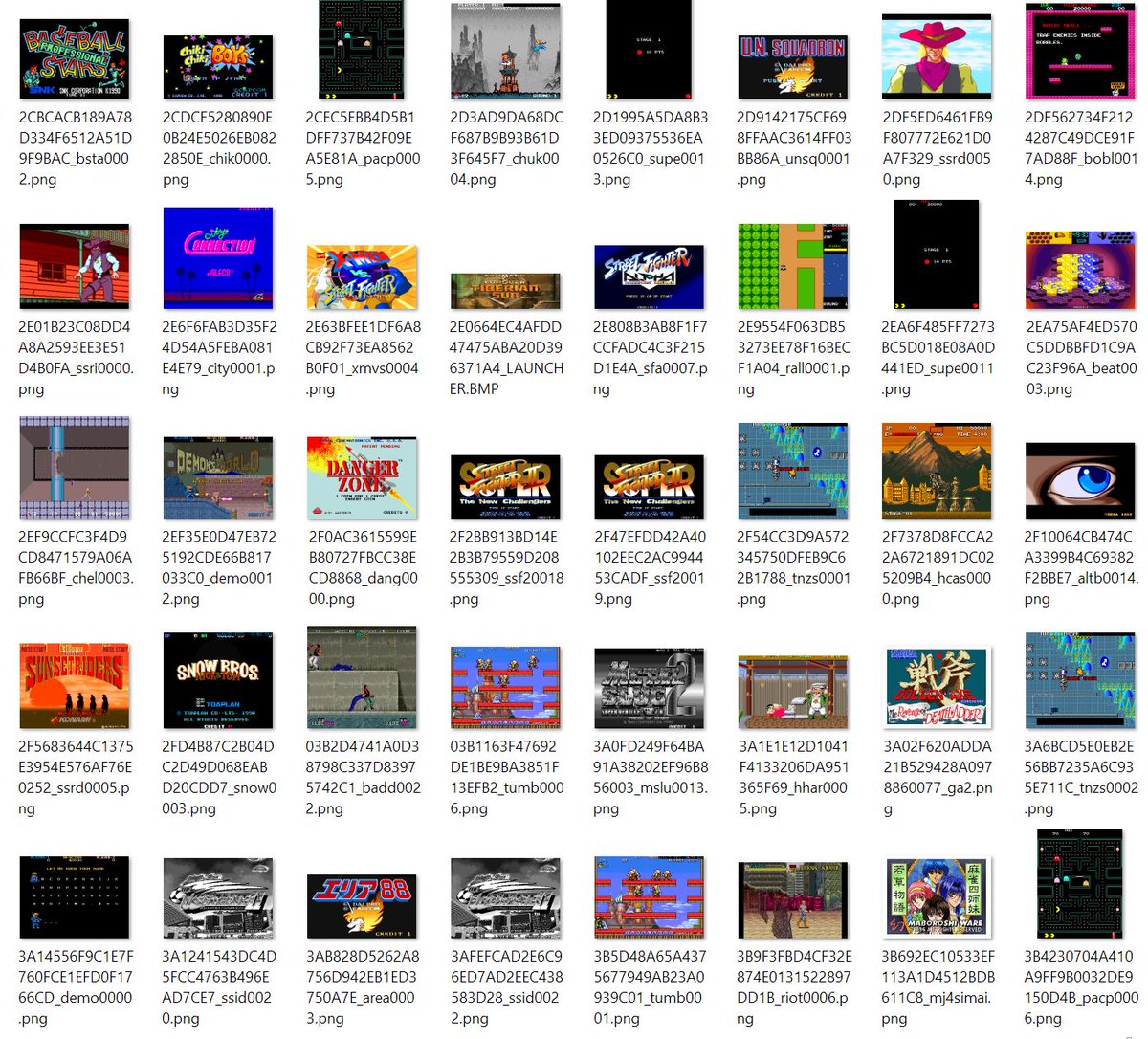 Goddammit, I wish I could've met bin Laden. I mean, that little terrorism and fundamentalist Islam thing would've been a problem, but he sounds like my kinda guy.

The energy secretary on Thursday actually said this during a discussion about energy policy and Africa: “But also from the standpoint of sexual assault. When the lights are on, when you have light that shines the righteousness, if you will, on those types of acts. So from the standpoint of how you really affect people’s lives, fossil fuels is going to play a role in that. I happen to think it’s going to play a positive role.”

The implication is that fossil fuels power lights, and those lights can then help prevent or at least expose sexual assault. This manages to be both offensive and wrong.

For one, this claim attempts to use a serious topic — sexual assault — to score some political points for one of Perry’s long-held beliefs about the fossil fuel industry. It just feels gross, as Emily Atkin of the New Republic pointed out on Twitter. How about if instead of talking about the wonders of fossil fuels, we talk about how men just need to stop treating other people like objects?

A German man feared a monster courgette he found in his garden was an unexploded World War Two bomb and called the police.

The 5kg (11-pound) courgette had probably been thrown over a hedge into the 81 year old's garden, police said.

Luckily no evacuation was required in Bretten, a town near Karlsruhe in south-west Germany.

Once police had reassured him following the early morning call-out, the pensioner disposed of the courgette himself. 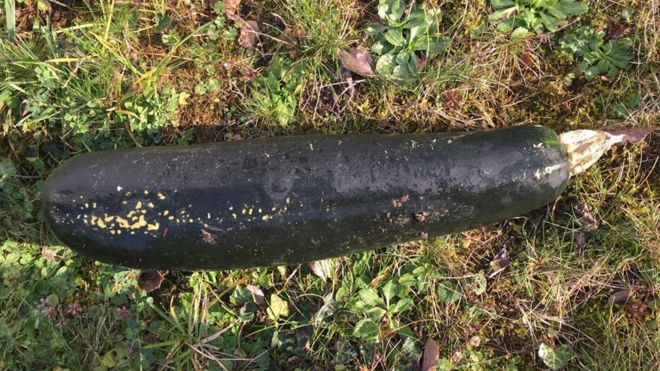 And I never knew they were called courgettes. Must be a British thing?

I never heard the word "zucchinis" before.

I never heard the word "zucchinis" before.