813 replies to this topic

(PhysOrg.com) -- UCLA scientists have discovered a way to wake up the immune system to fight cancer by delivering an immune system-stimulating protein in a nanoscale container called a vault directly into lung cancer tumors, harnessing the body's natural defenses to fight disease growth.

A New Twist on Artificial Muscles

Carbon nanotube yarns produce as much torque as an electric motor.

Researchers have created artificial muscles that can twist 1,000 times more than any suitable material made in the past—a development that could prove useful in robots and prosthetic limbs.

Artificial muscles are typically made from polymers and metals that change size and shape. But to be truly useful, these materials need to twist or rotate when an electric current is applied, and very few such materials created so far can do this.

The new muscles—carbon nanotube fibers spun into a yarn—can produce as much torque, or twisting force, as commercial electric motors.

"This is remarkable," says James Tour, a professor of chemistry and computer science at Rice University, who was not involved with the work. "To have such torsion in a fiber is fascinating and likely to lead to applications in mechanics that have hitherto been unattainable with any other material. [They] really knocked the ball out of the park on this one."

The twisty nanotube yarn could open up novel uses. It might help miniaturize electric motors, compressors, and turbines. Tiny pumps based on the rotating actuator could be integrated into lab-on-a-chip devices, which currently use large external pumps. "This is a fascinating new way to provide torsion," says Ray Baughman, director of the Nanotech Institute at the University of Texas at Dallas. Baughman led the work.

In a paper published on the website of the journal Science today, the researchers show that the new yarn can spin an paddle 1,800 times heavier than itself at 590 revolutions per minute. They demonstrate how a simple device based on this concept could be used to mix two liquids on a microfluidics chip; in a fluid mixer, a 15-micrometer-wide yarn rotated a paddle that was 200 times wider and 80 times heavier than itself at up to one rotation per second.

Baughman and his colleagues have already made carbon-nanotube-based muscles that are 100 times stronger than natural muscle and more flexible than rubber. The researchers created the yarn by first growing forests of carbon nanotubes, each about 400 micrometers tall and 12 nanometers wide. They then spun them together into long bundles that are less than 10 micrometers thick.

To create the twisting motion, the yarn is connected to an electrode and immersed in an electrolyte. Ions from the electrolyte enter the yarn, which causes it to first swell and then contract and rotate along its length.

Boris Yakobson, a professor of chemistry, materials science, and mechanical engineering at Rice University, says he is curious about the energy efficiency of the system, and would have liked to see some measurements or even estimates in the paper. He says with any such motor, some important characteristics are "how much electrical energy is put in, and how much mechanical work can be produced in rotation. In any case, this is fascinating nanoengineering."

Great vid. I hope there won't be any more panic related to nanomaterials, as they can save us and planet.

He Who Would Swallow God

Drexler is writing a new book called Radical Abundance to be released in 2012.

A lot of it will focus on the politics of the matter, which have unfortunately fallen for the straw mans and just plain incorrect assertions of Richard Smalley and others. People like Scott Locklin don't help.

In technology news, here's something cool. I would summarize it before posting the link, but I don't quite understand it lol

Heh I found that too, but it's too incomplete to get it. Anyone has full article by chance?

Drexler is writing a new book called Radical Abundance to be released in 2012.

I read his first book, Engines of Creation. Some of the predictions for the timeline use references from it, e.g. reversible biostasis.

Futuristic nanotechnology communication networks could be based on how bacteria communicate
http://www.nanowerk....ewsid=23116.php

Researchers at the Georgia Institute of Technology are working on communication solutions for networks so futuristic they don't even exist yet.

Over the next four years, the team will study how bacteria communicate with each other on a molecular level to see if the same principles can be applied to how nanodevices will one day communicate to form nanoscale networks.

If the team is successful, the applications for intelligent, communicative nanonetworks could be wide ranging and potentially life changing.

Scientists have shown off what can be described as the world's smallest electric car - made of a single, carefully designed molecule. 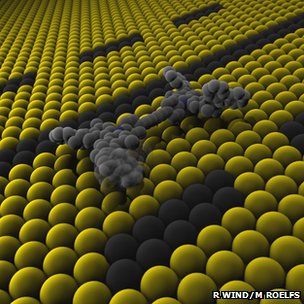 One prime example of this is solar energy. Despite decades of development, solar cells are still relatively expensive. This not only makes solar an unattractive and uncompetitive alternative to fossil fuels, but it ensures that the technology is not deployed where it is most needed, says Ineke Malsch of Malsch TechnoValuation, a consultancy based in Utrecht, the Netherlands, that specialises in assessing emerging technologies.
"There is already a technology gap between rich and poor countries," she says. "People living with no grid electricity will benefit more from solar cells than those living in places like London." Nanotechnology has the potential to redress this imbalance by bringing down the cost of solar energy, says Malsch. 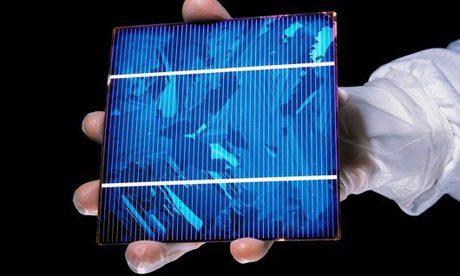 A tad larger than the nanoscale, but it holds promise for micro electromechanical systems. http://www.kurzweila...yperactive-mems

Tiny carbon tubes can be used to hide three-dimensional objects from view, according to a team of researchers.

The nanotubes are one-atom thick sheets of graphene wrapped into cylindrical tubes.

Engineers from Michigan University found they could be used to obscure objects so that they appeared to be nothing more than a flat black sheet.

The team suggest "forests" of the material may one day be used to cloak spacecraft in deep space.

The group says the technology works because the nanotubes' "index of refraction [is] very close to that of air".

This means they slow down light to a similar degree.

As a result there is very little scattering of light as it passes from the air into the layer of nanotubes.

I don't really get it. They jump from blackening of objects to making invisibility cloak, from pitch black to predator-like "puddles of water". Also low refraction index is one thing, making stuff invisible is another. I really dunno how this works or what to make out of it. Maybe my english is failing me. Can anyone elaborate on this news?

Tiny Magnets Could Clear Diseases from the Blood

Researchers make magnetic nanoparticles that can latch on to harmful molecules and purge them from the blood.

Researchers in Zurich, Switzerland, are developing nanomagnets that could someday strip potentially harmful substances from the blood. The technology might be used to treat people suffering from drug intoxication, bloodstream infections, and certain cancers.

http://www.newscient...es-instead.html Not sure if this is nano or medical, I guess these things are starting to overlap...

All right, brain. You don't like me and I don't like you, but let's just do this and I can get back to killing you with beer.

A process to "carve" highly complicated shapes into nanoparticles has been unveiled by a team of researchers.

It involves a chemical process which hollows out the particles into shapes such as double-walled boxes and multi-chambered tubes.

The researchers said this would aid the creation of more complex nano-objects.

They said these could ultimately be used to revolutionise medical tests and aid drugs treatments. 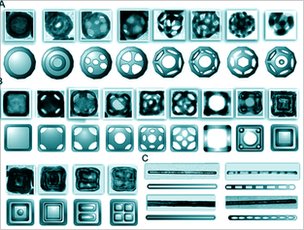 Large sheets made from carbon nanotubes could lead to lighter aircraft and more ­resilient space probes.

era of nanotech is gaining speed.

"Laugh, and the world laughs with you. Weep, and you weep alone."
Back to In The News & Current Events