151 replies to this topic

This thread is for general news and discussions of recent deaths – of celebrities, or otherwise notable individuals.

Actually, that sounds a bit depressing. But hopefully this thread can, at least, let us appreciate those who are no longer with us.

Last year witnessed a staggering number of deaths, and I expect the numbers will continue to increase as the Boomer generation begins to die off.

This "crazy-looking" guy has a lot to say about this.

Talk serious that old guy Fidel Castro had to die anyway. He was very old, ugly and had to perish to renew the world.

In Russia, the greatest loss of 2016 was the Alexandrov Ensemble choir. Nearly all of them were killed in aircrash in December 2016. We will not forget them:

The second great loss was the Doctor Liza - the prominent children's doctor Yelizaveta Glinka. She saved many lives in Donbass & was killed in the same Tu-154 aircraft. One of true heroes of our time...

But this is our world: the best people are often leaving us too early, while obvious scum are still here, alive and thriving... and still i like one phrase was said in regard to this: "many great people died in 2016, and many others were born, even if we don't know them yet"

US astronaut Gene Cernan - the last man to walk on the Moon - has died aged 82.

America's space agency Nasa said it was "saddened by the loss" of the retired spaceman.

Captain Cernan was one of only three people to go to the Moon twice and the last man to leave a footprint on the lunar surface in 1972.

The final words he spoke there were: "We leave as we came and, God willing, as we shall return with peace and hope for all mankind."

He was the commander of the Apollo 17 mission at the time. 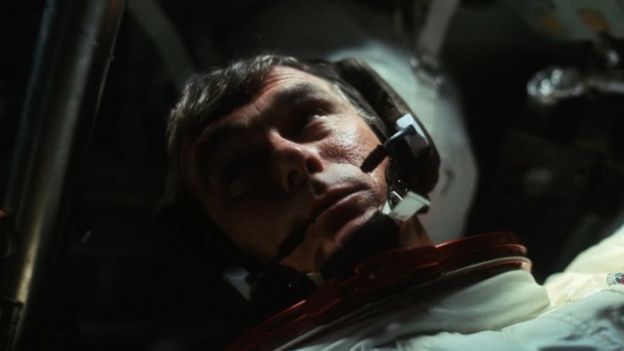 Trust me, Sabrine is not CyberMrBeauty. Their personas are vastly different.

Cybermisterbeauty was a vapid airhead

The Bafta-winning star, known for his roles in Alien and The Elephant Man, continued working despite being diagnosed with pancreatic cancer in 2015.

US director Mel Brooks described Sir John as "cinematic immortality", as tributes poured in for the star.

The death of his character in the film Alien has often been voted as one of cinema's most memorable moments. 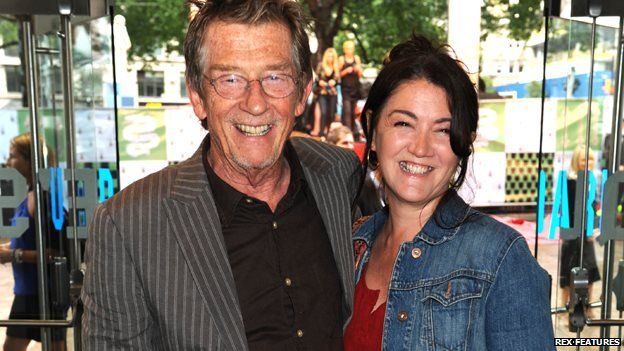 The founder of video game company Bandai Namco, which released cult game Pac-Man, has died at the age of 91, the firm has announced.

He started out installing two electric horses on the roof of a department store in Japan as amusement rides.

He was known as the "father" of Pac-Man because it was a Namco release in 1980.

Hans Rosling, a Swedish professor of global health and well-known public educator, has died aged 68, his Gapminder foundation has announced.

Mr Rosling was diagnosed with pancreatic cancer a year ago and died in Uppsala, Sweden.

He was known for lively presentations that used data and animation to explain global development in a compelling way.

His Gapminder co-founders said that they would continue to fight for "his dream of a fact-based worldview".

Not sure how famous she was outside the UK, but this is pretty big news here today in Britain, and the main story on BBC News.

The star, who rose to fame in the 1990s as a hard-partying "It Girl", had received treatment in 2016 for a non-malignant brain tumour.

A woman in her 40s was found dead at Palmer-Tomkinson's flat in Bramham Gardens, South Kensington, at 13:40 GMT, the Met Police said.

Prince Charles, a close friend of the star's family, led tributes and said he was "deeply saddened" by her death.

Palmer-Tomkinson, a former Sunday Times columnist and reality TV star, was a regular on the London party scene in the 1990s and 2000s. 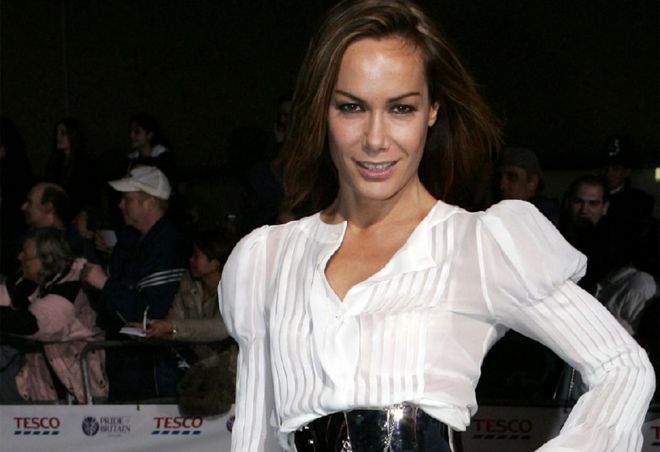 A Japanese broadcaster has released what appears to be CCTV footage of a deadly poison attack on the half-brother of North Korean leader Kim Jong-un by two women at a Malaysian airport last week.

Kim Jong-nam, who lived most of his life outside his home country, died en route to hospital from a seizure after complaining last Monday that a woman had sprayed chemicals on his face.

The low-quality security camera footage, displayed by Fuji TV, shows two angles of the attack in which a man, believe to be Kim Jong-nam, is grabbed from behind by a woman in a white top. She appears to put her hands over his face and then swiftly walks away. A second woman is also seen leaving the scene.

Clearer closed-circuit video showed Kim Jong-nam, in a blue shirt and grey jacket, stumbling and wiping his face after the attack, seeking help from airport staff and walking unassisted to the terminal’s medical centre.

Joni Sledge, the singer best-known for the disco anthem We Are Family, has died aged 60.

Sledge, who formed Sister Sledge with her three siblings in 1971, was found unresponsive by a friend at her home in Phoenix, Arizona, her publicist said.

She had not been ill and the cause of death is unknown.

Sledge, who is survived by her adult son, last performed with the band in October.

Her death was announced on social media on Saturday - a week before the group were due to perform in Los Angeles.

Rock and roll legend Chuck Berry has died aged 90, police in US state of Missouri report.

Berry's seven-decade career boasted a string of hits, including classics like Roll Over Beethoven and Johnny B Goode.

He received a lifetime achievement Grammy in 1984 and was among the first inductees to the Rock and Roll Hall of Fame in 1986. 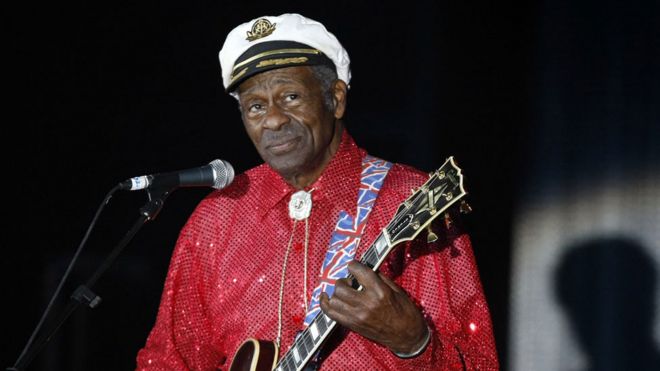 It was only last month that I said to myself "I can't believe Chuck Berry's still alive." It makes sense that he'd pass on now.

Here's one of the men who built rock and roll. So many rock stars were born, lived, and died (some even of old age) in the time since he released his first album.

"If you tried to give rock and roll another name, you might call it 'Chuck Berry'." -- John Lennon