151 replies to this topic

RIP Chuck, One of the best legends of his time and will always remember Johnny B. Goode from BTTF.

Fear not, for while they may have left this realm they move on to new beginnings <3

Charlie Murphy, Eddie's older brother, and a very successful and popular stand-up comedian in his own right has died ... TMZ has learned.
According to Charlie's manager, he died from leukemia Wednesday morning in a NYC hospital. He'd been going undergoing chemotherapy. Family members tell us they're absolutely shocked because they thought he was getting better.
We're told the family would call him frequently, and he'd even joke they were calling too much.
Charlie famously co-starred on "Chappelle's Show" in some of Dave's most memorable skits ... including the nights Charlie partied with Rick James and Prince.

Actor Clifton James, who appeared as Sheriff JW Pepper in two James Bond films, has died at the age of 96.

He died close to his childhood home in Gladstone, Oregon, on Saturday due to complications from diabetes.

James was best known for appearing alongside Sir Roger Moore in the Bond films Live and Let Die and The Man with the Golden Gun during the 1970s.

His daughter Lynn said: "He was the most outgoing person, beloved by everybody."

She added: "I don't think the man had an enemy. We were incredibly blessed to have had him in our lives." 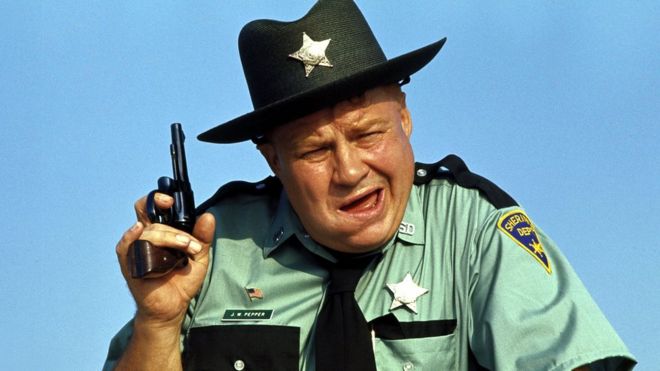 Chris Cornell has died at age 52

Good bye Roger.  I didn't know who you were, but apparently you were conservative, so you will be missed. PS and NO, don't wait from me any condolescences. On contrary, i hope these two will be next to update the thread:

Peter Sallis has died at the age of 96, his agents have announced.

The actor was best known for appearing in Last of the Summer Wine and was also famous as the voice of Wallace in Wallace and Gromit.

His agent confirmed he died peacefully with his family by his side. 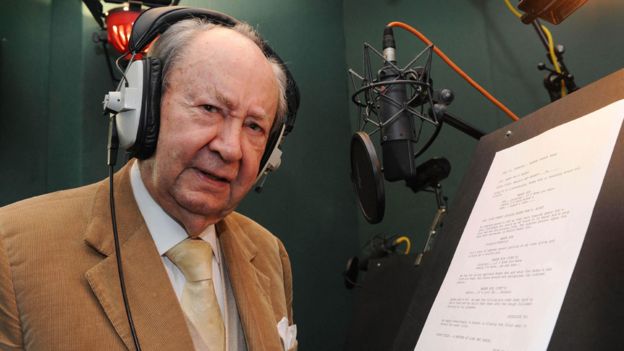 Adam West, the US actor best known as the star of the 1960s hit TV series Batman, has died aged 88.

West died peacefully in Los Angeles after a brief battle with leukaemia, a family spokesperson said.

His tongue-in-cheek portrayal of Batman and the superhero's alter ego Bruce Wayne won a cult following. 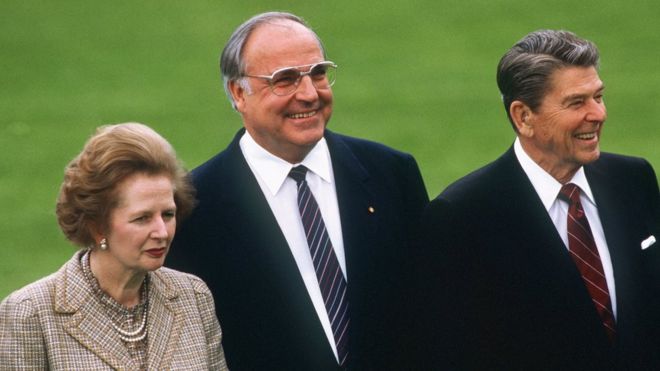 Helmut Kohl, Germany's ex-chancellor and architect of reunification in 1990, has died at 87, German media say.

He died at his house in Ludwigshafen, in the western state of Rhineland-Palatinate, Bild newspaper reports.

Mr Kohl led Germany for 16 years (from 1982 to 1998). He is credited with bringing East and West Germany together after the fall of the Berlin Wall.

Together with his French ally President Francois Mitterrand, he was responsible for the introduction of the euro.

Michael Bond, the creator of beloved children's character Paddington Bear, has died at the age of 91.

He died at his home on Tuesday following a short illness, a statement from his publisher Harper Collins said.

Bond published his first book, A Bear Called Paddington, in 1958.

The character, a bear from Peru who comes to live in London, went on to inspire a series of books, an animated TV series and a successful 2014 film.

Legendary filmmaker George A. Romero, father of the modern movie zombie and creator of the groundbreaking “Night of the Living Dead” franchise, has died at 77, his family said.

Romero died Sunday in his sleep following a “brief but aggressive battle with lung cancer,” according to a statement to The Times provided by his longtime producing partner, Peter Grunwald. Romero died while listening to the score of one his favorite films, 1952’s “The Quiet Man,” with his wife, Suzanne Desrocher Romero, and daughter, Tina Romero, at his side, the family said.

Romero jump-started the zombie genre as the co-writer (with John A. Russo) and director of the 1968 movie “Night of the Living Dead,” which went to show future generations of filmmakers such as Tobe Hooper and John Carpenter that generating big scares didn’t require big budgets. “Living Dead” spawned an entire school of zombie knockoffs, and Romero’s sequels included 1978’s “Dawn of the Dead,” 1985’s “Day of the Dead,” 1990’s “Land of the Dead,” 2007’s “Diary of the Dead” and 2009’s “George A. Romero's Survival of the Dead.”

Linkin Park singer Chester Bennington has committed suicide ... TMZ has learned.
Law enforcement sources tell us the singer hanged himself at a private residence in Palos Verdes Estates in L.A. County. His body was discovered Thursday just before 9 AM.
Chester was married with 6 children from 2 wives.
The singer struggled with drugs and alcohol for years. He had said in the past he had considered committing suicide because he had been abused as a child by an older male.
Chester was very close with Chris Cornell, who himself committed suicide by hanging in May. Today would have been Cornell's 53rd birthday. Chester wrote an open letter to Chris on the day of Chris' suicide.

Damn. Chris's death probably was the thing that messed him up and set him down this path.

^ Very sad. One of my favourite musicians. Suicide is such a terrible thing. RIP

He dominated show business with Dean Martin in the 1950s, starred in 'The Bellboy' and 'The Nutty Professor,' hosted the Labor Day telethon for decades and received the Hersholt award.
Jerry Lewis, whose irrepressible zaniness and frantic creativity vaulted him to stardom as a comic movie star who wielded unparalleled green-light power at Paramount in the 1960s, died Sunday. He was 91.
Lewis, who teamed with Dean Martin in the 1950s as one of the most successful tandems in the history of show business, died at 9:15 a.m. at his home in Las Vegas, John Katsilometes of the Las Vegas Review-Journal reported, citing a statement from Lewis' family. Publicist Candi Cazau confirmed the news.

He broke ground at the Playboy Club in Chicago and on Jack Paar's 'Tonight Show,' then became a potent activist for civil rights.
Dick Gregory, a pioneering force of comedy in the 1960s who parlayed his career as a stand-up comic into a life of social and political activism, died Saturday of heart failure, his rep confirmed to The Hollywood Reporter. He was 84.
"It is with enormous sadness that the Gregory family confirms that their father, comedic legend and civil rights activist Mr. Dick Gregory, departed this earth tonight in Washington, D.C.," his son Christian Gregory said via a statement from his father's rep. "The family appreciates the outpouring of support and love and respectfully asks for their privacy as they grieve during this very difficult time."

Walter Becker of Steely Dan has died at age 67

Walter Becker, guitarist, bassist and co-founder of the Rock and Roll Hall of Fame-inducted band Steely Dan, died Sunday at the age of 67.
Becker's official site announced the death; no cause of death or other details were provided.