129 replies to this topic

Walter Becker of Steely Dan has died at age 67

Walter Becker, guitarist, bassist and co-founder of the Rock and Roll Hall of Fame-inducted band Steely Dan, died Sunday at the age of 67.
Becker's official site announced the death; no cause of death or other details were provided.

Hugh M. Hefner, the American icon who in 1953 introduced the world to Playboy magazine and built the company into one of the most recognizable American global brands in history, peacefully passed away today from natural causes at his home, The Playboy Mansion, surrounded by loved ones.  He was 91 years old.

Fun, consoling fact: he'll be buried next to Marilyn Monroe.

Tom Petty, the rocker best known as the frontman of Tom Petty and the Heartbreakers, is dead at 66, CBS News has confirmed.

The legendary musician suffered a full cardiac arrest and was found unconscious and not breathing in his Malibu home Sunday night. He was taken to UCLA Santa Monica Hospital and put on life support, reports TMZ.

Petty rose to fame in the 1970s with his band, Tom Petty and the Heartbreakers. The group put out several hits, including "American Girl," "Free Fallin'," "Breakdown," "Listen to Her Heart" and more. The band was inducted into the Rock and Roll Hall of Fame in 2002.

Fats Domino, one of the most influential rock and roll performers of the 1950s and 60s, has died aged 89.
The American rock and roll artist was best known for his songs Ain't That A Shame and Blueberry Hill.
The New Orleans singer sold more than 65 million records, outselling every 1950s rock and roll act except Elvis Presley.
His million-selling debut single, The Fat Man, is credited by some as the first ever rock and roll record.
An official from New Orleans coroner's office confirmed the death, which was earlier announced by Domino's daughter to a local television station.

To be deferred by Elvis, the Beatles, and the entirety of the reggae and ska genres is quite the accomplishment in life. I was surprised to learn he was even still alive, actually; I thought he must've died long ago judging by just how legendary he was down here in New Orleans.

Crazy... Chuck Berry and Fats Domino— two of the founding fathers of rock music— dead in the same year. The same year that claimed Tom Petty, Chris Cornell, and Chester Bennington at that.

How did I miss this?!
Another rock and roll legend dead:

Malcolm Young, guitarist and co-founder of AC/DC, died Saturday at the age of 64. Young had been suffering with dementia for the past three years, an illness that forced his retirement from the Rock and Roll Hall of Fame-inducted band he founded with his brother Angus Young in 1973.
"Today it is with deep heartfelt sadness that AC/DC has to announce the passing of Malcolm Young," AC/DC wrote in a statement.
"Malcolm, along with Angus, was the founder and creator of AC/DC. With enormous dedication and commitment he was the driving force behind the band. As a guitarist, songwriter and visionary he was a perfectionist and a unique man. He always stuck to his guns and did and said exactly what he wanted. He took great pride in all that he endeavored. His loyalty to the fans was unsurpassed."
Angus Young added, "As his brother it is hard to express in words what he has meant to me during my life, the bond we had was unique and very special. He leaves behind an enormous legacy that will live on forever. Malcolm, job well done."

A former advisor to the European Space Agency, he became emeritus professor at London's Brunel University, working on projects linked to ageing populations.

Brunel colleagues described him as an "inventive and inspirational leader".

Bruce McCandless, who made first untethered space flight, dies at 80

Bruce McCandless, who was captured in a stunning photograph in 1984 as he made the first untethered flight in space, has died aged 80, Nasa said.

With a jetpack, McCandless travelled 100m (328ft) from the Space Shuttle.

"That may have been one small step for Neil, but it's a heck of a big leap for me," he joked, adapting astronaut Neil Armstrong's famous moon-landing line. 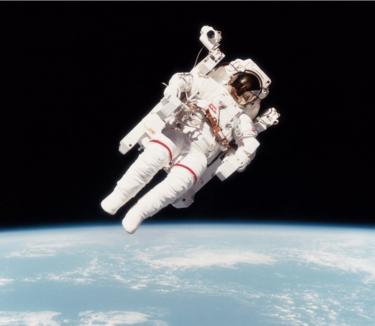 Bob Givens, the animator best known for his redesign of Bugs Bunny, has died aged 99.

Givens' career spanned over 60 years and he worked as an animator for companies such as Disney, Warner Bros, and Hanna-Barbera.

His daughter, Mariana Givens confirmed his death on her Facebook page earlier this month. 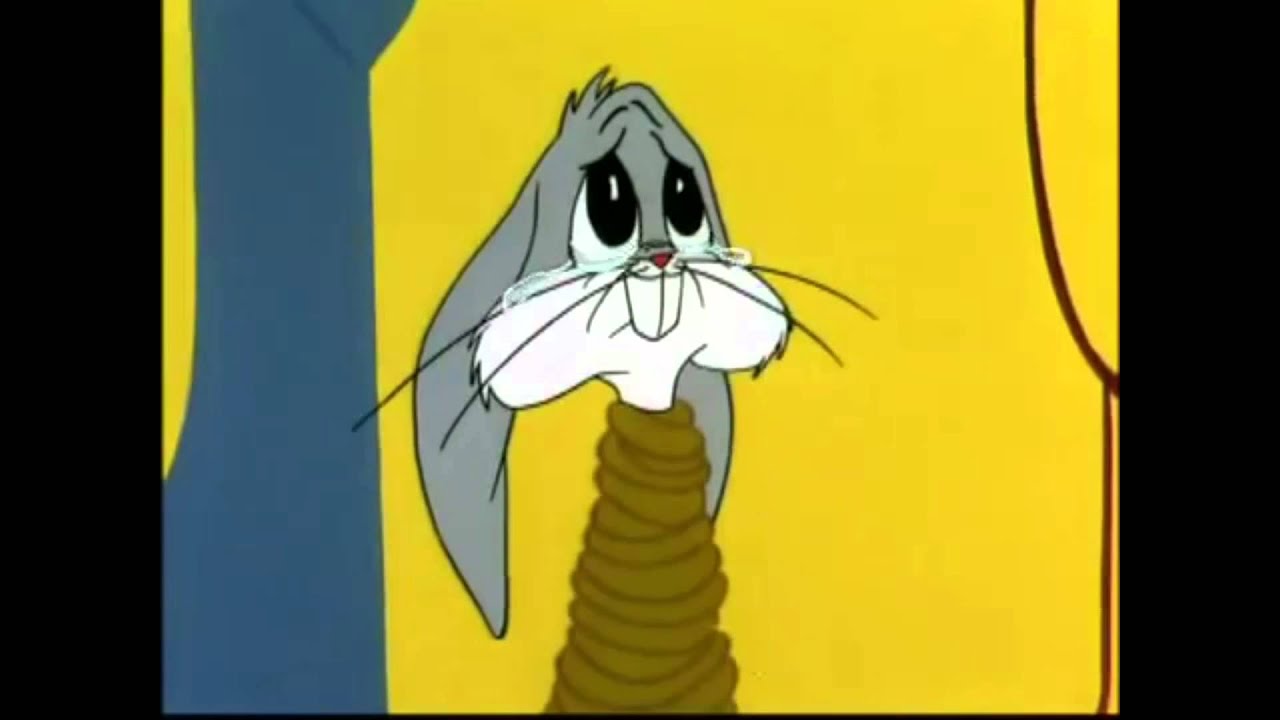 The Cranberries lead singer Dolores O'Riordan has died suddenly at the age of 46, her publicist has confirmed.

The Irish musician, originally from Limerick, led the band to international success in the 90s with singles including Linger and Zombie.

A statement from her publicist said: "The lead singer with the Irish band The Cranberries was in London for a short recording session.

"No further details are available at this time."

A Metropolitan Police spokesperson said the police were called to a hotel in Park Lane at 09:05 GMT on Monday, where "a woman in her mid-40s" was pronounced dead at the scene. 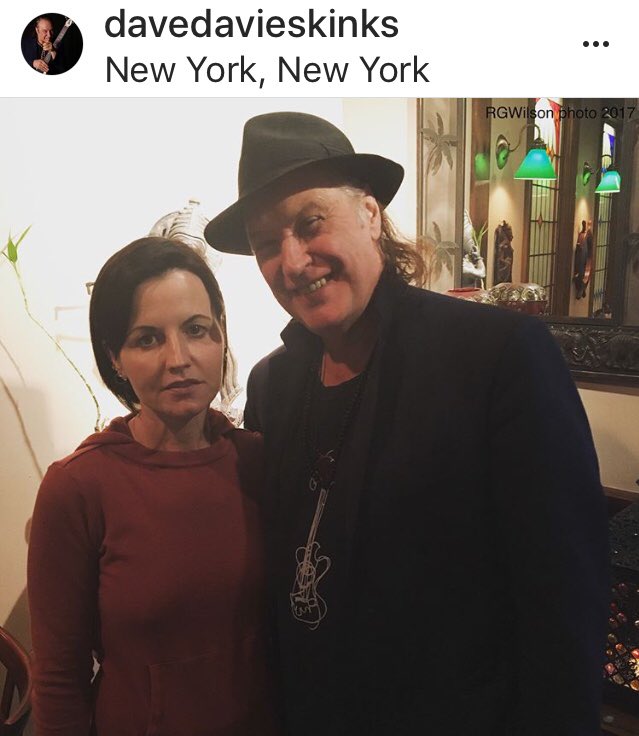 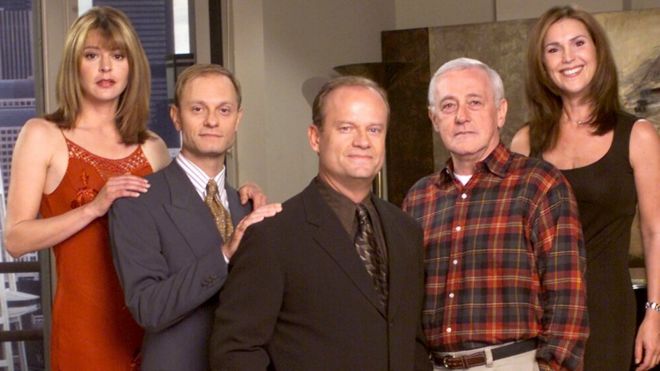 The British-born actor John Mahoney, who played Martin Crane in the US sitcom Frasier, has died aged 77.

He died on Sunday while in hospice care in Chicago.

Mahoney enjoyed a distinguished career in theatre, winning a Tony award, and had a long list of film and TV credits.

But he will be best remembered for playing the unpretentious, blunt father of Frasier and Niles Crane in the hit comedy, which ran for 11 seasons from 1993-2004.

Mahoney won a SAG award in 2000 for the role, and was also nominated for two Emmys and two Golden Globes.

Much of the comic spark in Frasier came from the relationship between the down-to-earth retired police officer Martin Crane and his pompous sons Frasier and Niles, played by Kelsey Grammer and David Hyde Pierce.

Reg E Cathey, who featured in the US version of House of Cards and in The Wire, has died aged 59.

David Simon, the creator of The Wire, announced Cathey’s death on Friday night. “Not only a fine, masterful actor – but simply one of the most delightful human beings with whom I ever shared some long days on set,” Simon tweeted.

“On wit alone, he could double any man over and leave him thinking. Reg, your memory is a great blessing.”

Cathey was reported to have had lung cancer, but the cause of death has not yet been announced.

He won an Emmy award in 2015 for his House of Cards role as Freddy Hayes, the owner of a restaurant favoured by Kevin Spacey’s character, Frank Underwood. 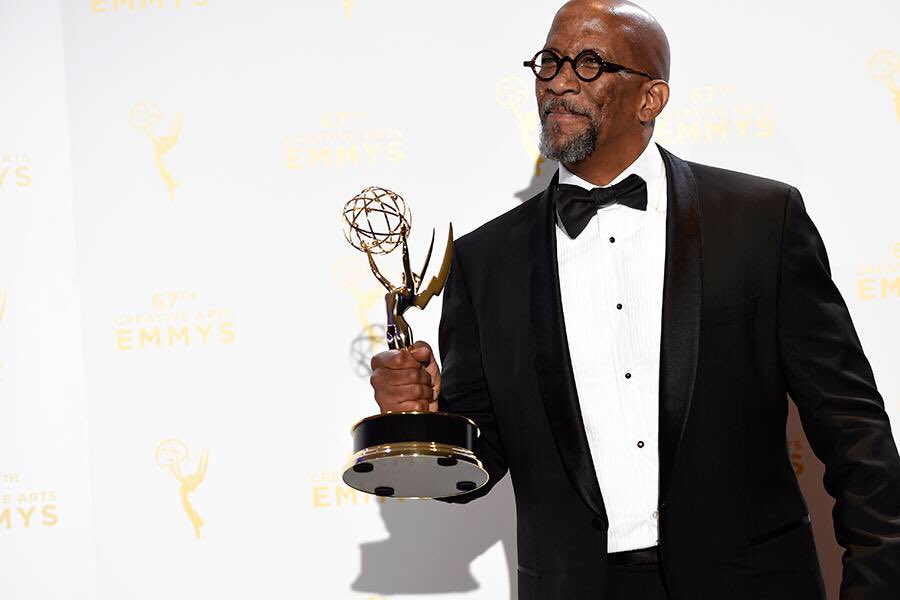 Sir Roger Bannister: First person to run a mile in under four minutes dies at 88

Sir Roger Bannister, the first person to run a mile in under four minutes, has died at the age of 88.

His time of three minutes 59.4 seconds, set at Iffley Road sports ground in Oxford on 6 May 1954, stood as a record for just 46 days but his place in athletics history was assured.

Bannister also won gold over the same distance at the 1954 Commonwealth Games and later became a leading neurologist.

He was diagnosed with Parkinson's disease in 2011. A statement from his family said: "Sir Roger Bannister, died peacefully in Oxford on 3 March, aged 88, surrounded by his family who were as loved by him, as he was loved by them. He banked his treasure in the hearts of his friends."

IAAF president Lord Coe, who ran a mile world record of 3:47.33 in 1981, said: "This is a day of intense sadness both for our nation and for all of us in athletics. There is not a single athlete of my generation who was not inspired by Roger and his achievements both on and off the track." 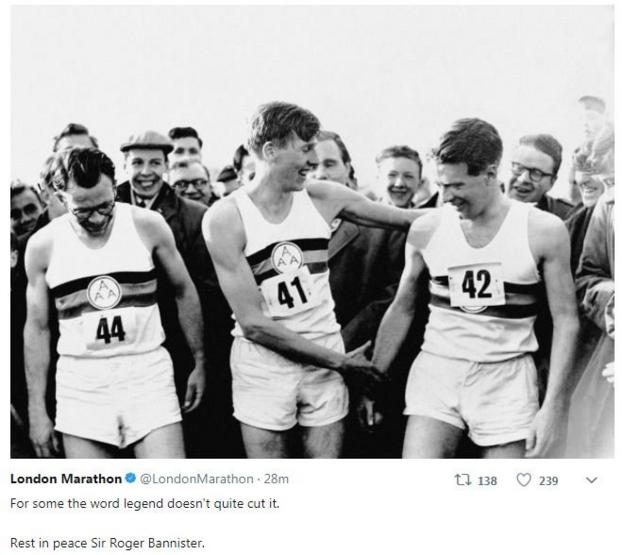 ^ Hopefully, that last statement by Stephan will garter more attention than it has. Perhaps, that'll truly galvanize us towards achieving that kind of future.

Broadcaster and comedian Jim Bowen, best known for hosting darts-based game show Bullseye in the 1980s and '90s, has died at the age of 80.

His wife confirmed the news to BBC Radio Lancashire.

The former deputy headmaster, who was from Lancashire, began his career as a stand-up comedian on the club circuit in the 1960s.

He became a household name when he began presenting Bullseye in 1981. The Sunday tea time show ran for 14 years.

It attracted 20 million viewers at its peak and involved three pairs of contestants - with a "thrower", who would throw the darts, and a the "knower", who would answer general knowledge questions.

The fuckest thing is that I kept predicting Stephen Hawking was going to die in my yearly "Your 201X Predictions" thread, but the one time I didn't... 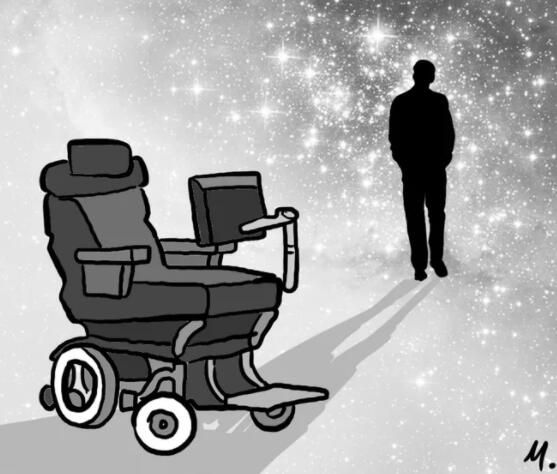