129 replies to this topic

(Mother Jones) Rep. Elijah Cummings (D-Md.), the chairman of the House Oversight and Reform Committee and one of the central figures in the impeachment inquiry into President Donald Trump, died early on Thursday in Baltimore.

Cummings died of longstanding health challenges, his office said. He was 68.

One of the most powerful Democrats, Cummings had represented Maryland’s 7th congressional district for 23 years. Trump frequently targeted Cummings over his key role in investigations into the Trump administration. The president’s attacks included racist rants against Cummings, a senior member of the Congressional Black Caucus.

“Congressman Cummings was an honorable man who proudly served his district and the nation with dignity, integrity, compassion and humility,” his wife Dr. Maya Rockeymoore Cummings said in a statement. “He worked until his last breath because he believed our democracy was the highest and best expression of our collective humanity and that our nation’s diversity was our promise, not our problem.”

“It’s been an honor to walk by his side on this incredible journey. I loved him deeply and will miss him dearly.

Mark Hurd, CEO of Oracle and former CEO of Hewlett-Packard, two of Silicon Valley's most storied companies, has died. He was 62.

(Vox) Rep. Elijah Cummings’s funeral Friday, marked by speeches from Barack Obama, the Clintons, and Cummings’s family, was as much a heartfelt celebration of a man who dedicated his life to public service as it was an indictment of President Donald Trump’s character in office.

In his last months, Cummings, who chaired the powerful House Committee on Oversight and Reform — one of the committees carrying out the impeachment inquiry into Trump —became the subject of Trump’s ire. Trump called Cummings a “brutal bully” in July and derided the Congress member’s Baltimore district as the “worst in the USA,” a “rat and rodent infested mess,” and a “dangerous & filthy place.” That incident was well-remembered Friday.

“He had to go on to actually work to fight for the soul of our democracy against very real corruption,” Maya Rockeymoore Cummings, the Maryland Democrat’s widow, said at New Psalmist Baptist Church. “I want you all to know that it was not easy. What Chairman Cummings did was not easy. And it got infinitely more difficult in the last month of his life, when he sustained personal attacks and attacks on his beloved city.”

Obama, too, drew distinct contrasts between Cummings’s character and Trump’s.

“You are not a sucker to have integrity and to treat others with respect,” Obama said.

The legendary Mead once called science fiction "reality ahead of schedule." 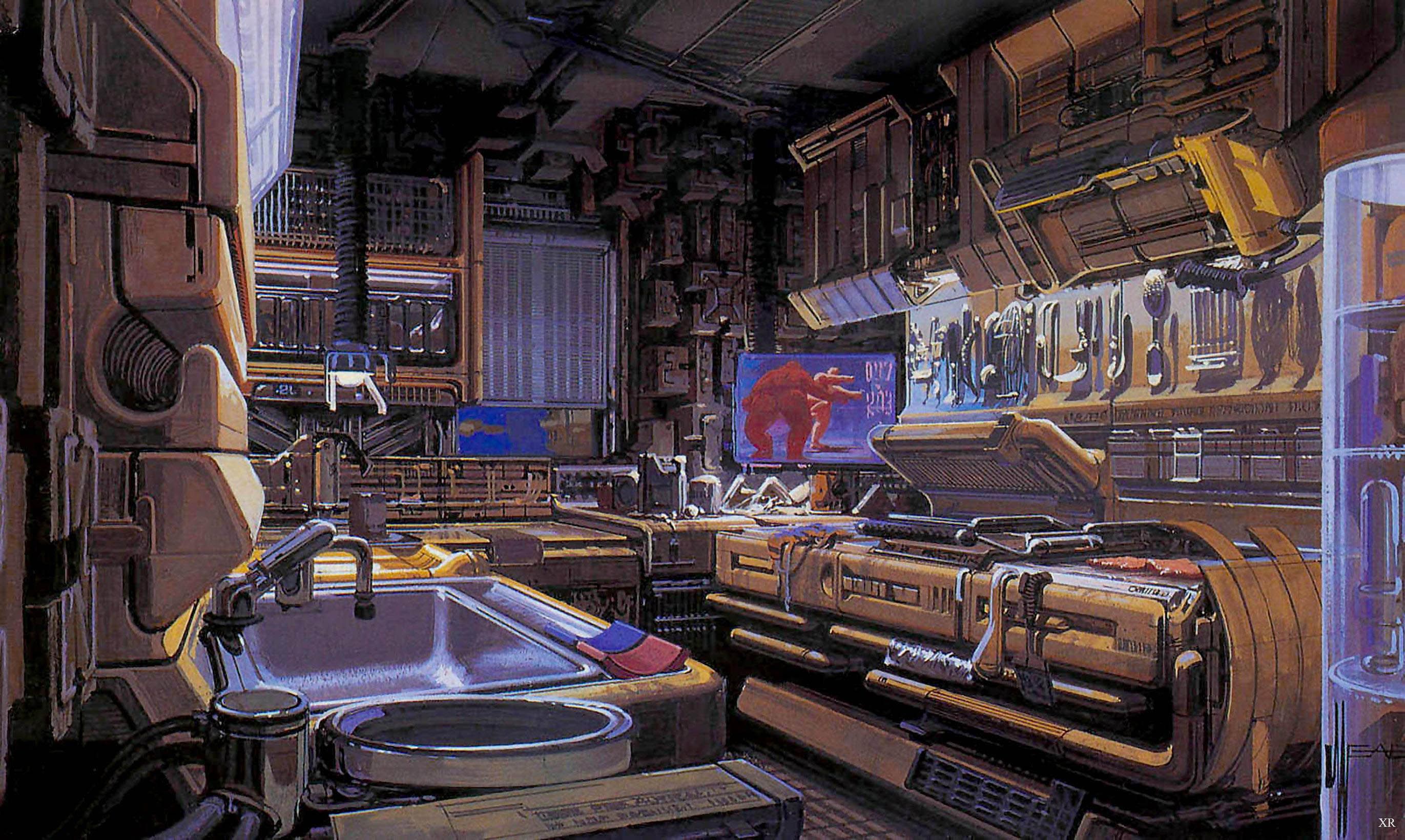 -----
Terry Jones, Monty Python founder and Life of Brian director, dies aged 77
Wed 22 Jan 2020 12.48 GMT
Terry Jones, founder member of Monty Python and director of three of Python’s celebrated feature films, has died aged 77, his agent said. In 2016, Jones and his family revealed he had been diagnosed with frontotemporal dementia a year earlier, and he became a public face of the illness – appearing at a Bafta Cymru awards ceremony to highlight its effects and being interviewed in conjunction with longtime friend and collaborator Michael Palin in 2017.
After Python, Jones worked on a huge variety of projects. With Palin, he created the successful TV series Ripping Yarns and forged a post-Python directorial career with Personal Services, Erik the Viking and The Wind in the Willows. He made a series of TV documentaries (specialising in medieval history), wrote nearly 20 children’s books, and contributed a string of comment pieces for the Guardian and Observer denouncing the “war on terror”.
https://www.theguard...or-dies-aged-77 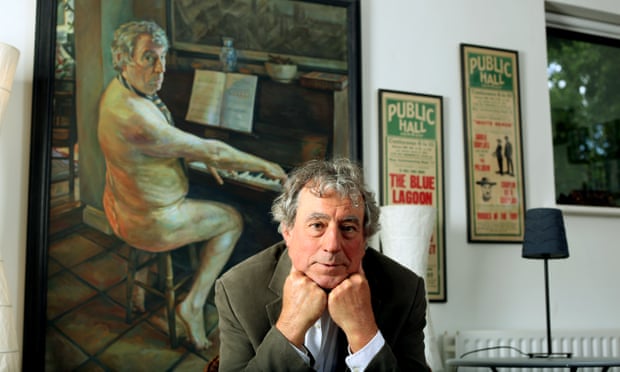 WILLIAM GREIDER, a columnist at The Nation and author of some of the most significant political books of the past 40 years, died on Christmas Day at the age of 83.

If you’re familiar with Greider’s writing, you won’t be surprised that this news generated an outpouring of sorrow across the internet. If you’re not familiar with it, you should definitely go to the library. If you had to choose the work of a single person to understand how America ended up in our current gruesome predicament, it would be hard to do better than Greider’s.

He tackled gigantic subjects: the Federal Reserve (“Secrets of the Temple,” 1987), the evaporation of American democracy (“Who Will Tell the People,” 1992), globalization (“One World Ready or Not,” 1997), society’s deformation by the military-industrial complex (“Fortress America,” 1998), whether we can reinvent the U.S. economy (“The Soul of Capitalism,” 2003), and what to do when the people running this country seem determined to destroy it (“Come Home, America,” 2009). 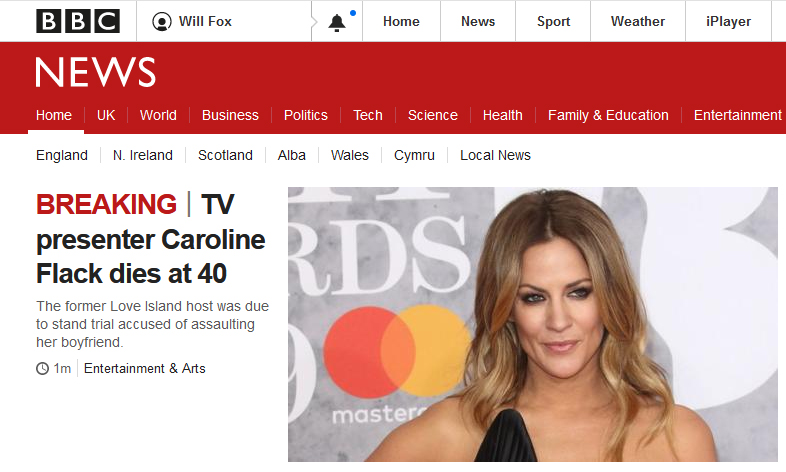 Two other Love Island stars have killed themselves in recent years, along with the boyfriend of one of them and a talk show guest.

Caroline Flack is the third Love Island star to take her own life in recent years and her death will raise more questions about how vulnerable people cope with the pressure of publicity.

Flack, 40, hosted five seasons of the ITV series but her run ended after she was accused of assaulting her partner in December last year. 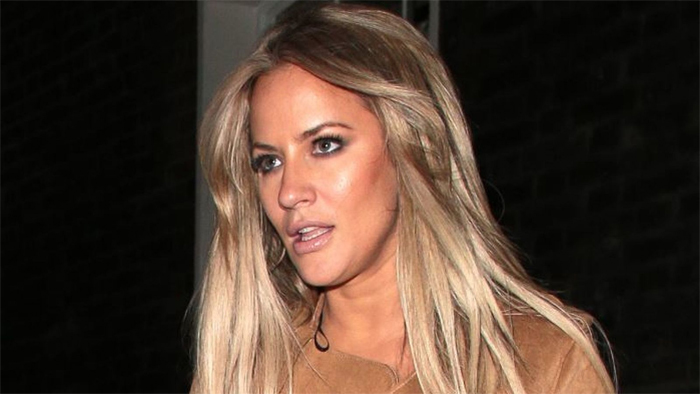 The Computer Scientist Responsible for Cut, Copy, and Paste, Has Passed Away
Yesterday 10:54AM
The advent of the personal computer wasn’t just about making these powerful machines available to everyone, it was also about making them accessible and usable, even for those lacking a computer science degree. Larry Tesler, who passed away on Monday, might not be a household name like Steve Jobs or Bill Gates, but his contributions to making computers and mobile devices easier to use are the highlight of a long career influencing modern computing.
https://gizmodo.com/...ssed-1841787408