Do not get angry, i just pointed out the obvious reason of why your country has became the plaything of foreigners. If you (Libyans) understood it before you did what you did...

One more step towards the inevitable 'Eternal President Erdogan'.

Turkey’s prime minister stepped down Thursday, possibly paving the way for President Recep Tayyip Erdogan to consolidate power amid complaints from opponents over his increasingly hard-line policies.
The decision by Prime Minister Ahmet Davutoglu to bow out of upcoming elections marks another potential step by Erdogan to move Turkey toward a presidential system and reduce the powers of parliament — further cementing the president’s authority and probably stirring more outrage from rights groups and other critics.
Erdogan has taken an increasingly hard line against perceived opponents, including prosecuting journalists and others for “insulting” him.
Davutoglu reportedly was less enthusiastic about the push toward a stronger executive, putting him more at odds with Erdogan.

And Merkel is holding talks with this scum and bowing to his demands.

About time. An impeachment would be preferable though.l

Sweet revenge for our plane. Turkish helicopter was shot down by some Kurd with Russian manpad "Igla": You'd think a German chancellor would know better than to appease a fascist dictator.

Wait! Now I know who the two "Great Powers" UNU said were going to go to war are going to be!

I'm putting money down on this right now. Before Putin's out of office, he will be forced to go to war against Erdogan.

And it'll be because of something Erdogan did, so NATO absolutely will not back him. Sure, they'll wanna help destabilize Russia, but they're not willing to go to war against her. Too many nukes could fly.

Whereas Russia vs. Turkey? Would be a pleasant, if deadly ground war between two advanced, high income nations with authoritarian regimes. Turkey almost certainly is gonna get their ass beat bad. Not even 'almost'— they will get their ass beat across the Middle East. And while NATO doesn't like Russia, we definitely don't like Erdogan.

And when Erdogan is run out of office, the Kurds will take Istanbul. Chances are, it'll be the communists who take power; the anarcho-communists trying out a new style in Rojava. This would complicate the Syrian Civil War.

Unless, of course, Russia or NATO occupies Turkey. Then they definitely won't occupy Istanbul because there won't be an Istanbul— it'll be Constantinople. How did it not occur to me before. Hot holy Christ sucking a pillock's left bollock: Erdogan is Sutler!

Adam Susan in the comics; Adam Sutler in the movie.

He's turning Turkey into the religious-fascist dictatorship that Britain became in V for Vendetta.

Russia vs. Turkey... Would be a pleasant, if deadly ground war between two advanced, high income nations with authoritarian regimes.

Thank you, a good Samaritan.

No one should do politics in Turkey except Erdoğan, says chief adviser Yiğit Bulut

With President Recep Tayyip Erdoğan at the helm in Turkey, there’s no need for anyone else in the country to engage in politics, presidential adviser Yiğit Bulut has said.

Turkey (as much as I hate to say it) is a very important member of NATO due to its strategic position. Not only can it serve as a base for nuclear missiles, but it controls access to the Black Sea. If Turkey were to fall into Russian hands, NATO fleets would no longer be able to enter the Black Sea, leaving Romania and Bulgaria at the mercy of Russia's navy.

Now, I have no doubt that Russia would finish Turkey off within a week, but let's not delude ourselves. A Russian invasion of Turkey would spell WW3, even if Turkey started it. When Turkey downed the Russian jet a few months ago, it received much support from NATO, especially the US. It's just not realistic to assume NATO would completely abandon Turkey in the event of a war. Unfortunately, Turkey is being led by a complete ass-hat, who enjoys tempting Russia because he knows he has Europe by the throat and he is backed by NATO. "We never had a desire or a deliberate intention to down an aircraft belonging to Russia... the Turkish side undertook all the risks and made a great effort to recover the body of the Russian pilot from the Syrian opposition, bringing it to Turkey. The organization of the pre-burial procedures was conducted in accordance with all religious and military procedures... we are ready for any initiatives to relieve the pain and severity of the damage done..."

Prime Minister Binali Yildirim. "We will, one by one, cleanse the state of (Gulen's followers) and eliminate those who are trying to harm the country."
Cleanse and Eliminate. Two words you never want to hear your government saying about people.

Western silence on Turkey is deafening, after Amnesty confirms their worst fears

Amnesty International is reporting that it has “gathered credible evidence” that thousands of detainees, accused of being connected to the recent failed coup attempt in Turkey, are being tortured. Yet, politicians in the West have responded with a deafening silence.

Why is this? Is the situation in Turkey somehow not as bad as the other countries we condemn for human rights abuses? Let’s consider the findings of Amnesty.

While video has appeared online showing bloodied detainees, Amnesty are focusing on the reports from “lawyers, doctors and a person on duty in a detention facility”:

Turkish police in Ankara and Istanbul are holding detainees in stress positions for up to 48 hours, denying them food, water and medical treatment, and verbally abusing and threatening them. In the worst cases some have been subjected to severe beatings and torture, including rape.

More than 10,000 people have been detained and tens of thousands more dismissed from their jobs, in what is being called a “purge” of President Erdoğan’s political opponents. Erdoğan has publicly denied this, yet he has also been quoted as saying he wants to “cleanse” public institutions and purge the movement against him “by the roots”.

Last week, he threatened to bring back the death penalty, which the EU have said would end the relationship between Turkey and the union.

The reports outlined by Amnesty are excruciating to read. They not only contain the allegations of torture, rape, and beatings, but also reports that not all detainees are being provided with medical attention.
Read more: http://www.thecanary....s-worst-fears/ 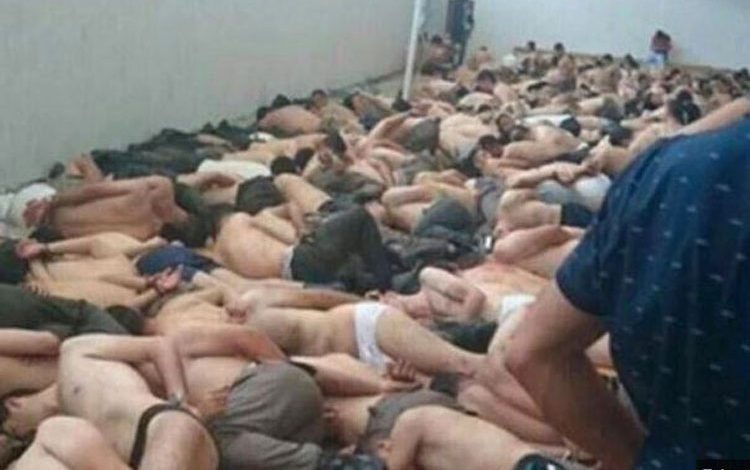 The Turkish government has cancelled the passports of around 50,000 people to prevent them leaving the country as a crackdown continues following a failed coup.

Efkan Ala, the interior minister, said more than 18,000 have so far been detained over the attempt to oust President Tayyip Erdogan, while thousands of government staff are under investigation.

The purges have provoked alarm in the international community, presenting a major stumbling block for Turkey’s campaign to join the European Union.

Whats next for turkey? Continued dictatorship or more instability leading to a successful coup?

I am done goodbye.