We're just short of being able to form some sort of Labour/Lib dem/SNP/Green coalition to get a majority.

Its probably looking like a conservative/DUP coalition? if any majority govt. forms from this at all.

We could see another election, but i think the Tories would have to learn from their mistakes and do better in the next one. Their control of the media won't change, so if they tried hard at all it would be easy to beat this performance.

We'll probably get a Tory coalition, ruling with less than 45% of the vote, and have parties with 55% of the vote unable to do anything to stop them due to our stupid system.

North East Fife was won on a majority of TWO votes (!).

Half a million votes for Greens, one MP... it's absurd! We clearly need proportional representation. If the system was fairer, they'd have 10 seats. So basically the UK's version of the Republican Party. Got it.

DUP leader Arlene Foster: We will enter talks with Conservatives to explore how to 'bring stability to our nation'

Theresa May, Despite U.K. Election Setback, Will Form a Minority Government

My god, we jumped the gun on this one. We thought the Theresa-Dragon had been slayed, but lo and behold, she is back- and she's brought some climate change denying, populist, anti-anything-that-isn't-Jesus friends.

You know that story I told on the previous page in this thread, about how the Greens became "kingmakers" in BC? Yeah, same thing's happening here, except with what appears to be some dinosaurs from the 19th century.

That said, here are a few points on which the DUP and Tories might disagree:

Brexit and the Irish border

The DUP campaigned for Brexit but its manifesto argued for maintaining a “seamless and frictionless” border with Ireland. Objectives for the forthcoming Brexit negotiations included maintaining the Common Travel Area with the Republic and ease of trade throughout the EU.
Welfare spending
The manifesto retained the pensions “triple lock” and universal winter fuel allowance, both policies the Tories pledged to drop.

That might cause some friction, but seeing as they already had an informal coalition, I would say it's highly likely there will be coalition government. So basically the UK's version of the Republican Party. Got it.

I didn't even know we had one of those! Amazing!

I know they're like the (very)militant pro-uk northern Ireland faction, which immediately makes me wish NI would leave the UK (because spite) but also NI has elected these 10 jokers, and also 7 Sinn Fein candidates who don't even show up.

Thanks northern Ireland, way to contribute! thanks a whole lot!

It really wasn't Northern Ireland's fault. Blame Scotland. For whatever reason, they went Tory quite a bit. Either way, it's sounding like the Troubles are about to make a big comeback. Is Britain Also Feeling the Bern?

Then the 2017 Labour Party Manifesto, “For the Many, Not the Few,” leaked to the press. A full-throated, 24,000-word populist agenda, it was mocked as a “suicide note” by The Economist.

The manifesto pledged to provide the equivalent of an economic bill of rights to guarantee basic security for workers – from education to housing to retirement security. It also outlined a plan to nationalize key utilities, thereby reversing the privatizations that have been driving up costs.

Corbyn’s plan would hike the U.K.’s minimum wage to the equivalent of $15 an hour, prohibit on-call employment contracts, ban unpaid internships, and bolster the ability of unions to organize. Labour also pledged to build public housing, make university tuition-free, provide free childcare for children over two, invest billions into improving public schools, and serve free school meals for every child in primary school. Pensions would be guaranteed, the National Health Care Service would be bolstered, and welfare cuts reversed.

These sweeping proposals would be paid for by raising taxes on corporations and the richest 5 percent of the population via a financial speculation tax and other vehicles. Corbyn’s presentation echoed Bernie Sanders’s rhetoric. Britain, he said, had been “run for the rich, the elite and the vested interests.”

They have benefited from tax cuts and bumper salaries while millions have struggled… We are asking the better-off and the big corporations to pay a little bit more, and, of course, to stop dodging their tax obligations in the first place.

The manifesto went viral. Polls revealed that each of its various reforms had broad support, even as the pundits criticized it as unrealistic. When the campaign began, Corbyn started appearing more on television and radio, where voters could see he wasn’t a wild-eyed raving radical but an old curmudgeon, clearly comfortable in his own skin, and committed to the changes he called for. He looked more, as the New Statesman put it, “like a slightly bedraggled, if much-loved, family pooch than an apex predator.”

It really wasn't Northern Ireland's fault. Blame Scotland. For whatever reason, they went Tory quite a bit. Either way, it's sounding like the Troubles are about to make a big comeback.

Yeah, they did go way more Tory than anyone was expecting. But they did provide some labour seats and the SNP, in spite of their desire for independence,  at least show up and try to get involved.

Its just that NI (which i previously thought was a sane place) has only elected bigots, and no shows.

I really hope this election helps counteract this "no one will support any party that isn't going to support corporations first and foremost" line we've see from everyone since Corbyn got the leadership role. 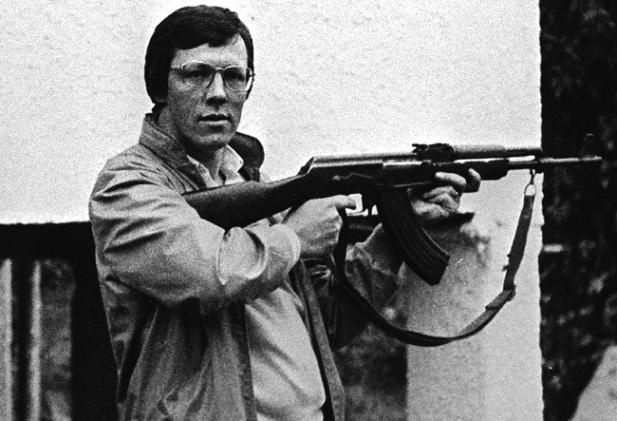 And here he is, on the front page of a newspaper in relation to arms smuggling – The DUP is even more right-wing than the Tea Party here in the states, like holy shit. In fact, they seem to be more right-wing by some distance. And they seem pretty authoritarian at that.That's not a group with which you're going to survive a coalition.

Political journalist Robert Peston on Twitter, quoting a senior Tory MP: "We all f***ing hate her. But there is nothing we can do. She has totally f***ed us."

Theresa May's coalition partner with the leader of the UDA, which last murdered someone on Saturday. Dee Stitt has a conviction for armed robbery – Also tagged with one or more of these keywords: UK, 2017, Theresa May, Tories, LibDems, Labour, Conservatives, England, Brexit, Parliament