I'm bringing back the civilization I created for my alien invasion story that never got anywhere, because I'm very interested in their society and culture, but this time I'm sticking them in a story about the great filter. Specifically, the Final Filter. This also increases the chronological gap between them and us from 150 to 2500 years, which is perhaps more plausible.

The last war humanity ever fought was a war to the death, as every world in their fledgling interstellar empire discovered the darkest secret in the universe and turned on each other with weapons capable of wrecking worlds. A century later, every outpost of human civilization had been extinguished...save one.

As colony after colony fell to the Berserker probes in the Barnard's Star system, the survivors managed to build a city inside a passing interstellar comet and ride it into the great unknown with a scant million people on board. The lumbering interstellar lifeboat was far slower than the sleek starships that once plied this region of space--at less than 1% of light speed, it would be a long, arduous journey across an impossible emptiness. A race of tool-wielding carnivorous pack hunters was slowly spreading across their own arid homeworld, gradually learning the arts of civilization. They began to raise herds of animals so they would not have to hunt. They began make tools from copper, and eventually iron, as an alternative to stone and bone. They built cities at the shores of every oasis they discovered, allowing division of labor to begin. They devised systems to permanently record information on stone, and eventually on a paper-like substance.

Though their minds and culture were truly alien, there was much common ground with their predecessors twelve light years away. They worked, played, learned, ate, slept, fought, and loved. They built great works and weathered disasters. They gazed at the vastness of space in wonder, oblivious to the apocalypse that had swept across the heavens.

In time, they rushed through an industrial age and an information age. With the power of the atom and a planetary computer network, they set foot on Tau Ceti f and sent probes to dozens of celestial bodies. During the transition to an interplanetary Type I civilization, they came far closer to collapse than their neighbors ever did, but still survived and spread out across the star system.

Even before this, they knew--at least to a degree--what fate awaited a civilization trying to go interstellar. Their philosophers and statesmen guessed it earlier than on Earth, and accepted it more readily. They saw interstellar space not as a glorious frontier, but as a ticking time bomb that could wipe out everything they had built at any moment. They were scared of the dark void and preferred to cluster within a few hundred AU of their own familiar sun.

The politicians dragged their feet for ages, but eventually reacted. Cities everywhere went to enormous lengths to hide themselves from prying interstellar eyes. An environmental movement took root with the goal of preventing atmospheric pollutants from being detected by alien spectrometers. And when the telescopes at their sun's gravitational focus point began to observe the ruins of the human interstellar empire and prove the darkest secret in graphic detail, interstellar colonization was banned by all major space-faring powers. No chances were to be taken, that much was made clear. To be sure, many unmanned probes were planned and even launched, but that was it for the time being.

But bans never stop everyone, not with any sentient race. There are always those that push the boundaries. Those who are not content with the status quo, those who desire to find out what lies beyond. Almost as soon as the ban was in place, rumors of starship construction began circulating around the star system. Diplomatic scandals occurred, wars were fought, and a few under-construction starships were even uncovered and destroyed. Eventually, a few starships managed to reach completion and leave the Tau Ceti system in secret, plunging into the unknown with their banging, clanking nuclear pulse drives at 5-7% of light speed. Within 200 Earth years, numerous starships had found their way to the nearby Epsilon Eridani system--where, incidentally, humanity's interstellar ark had stopped for fuel 500 years ago. 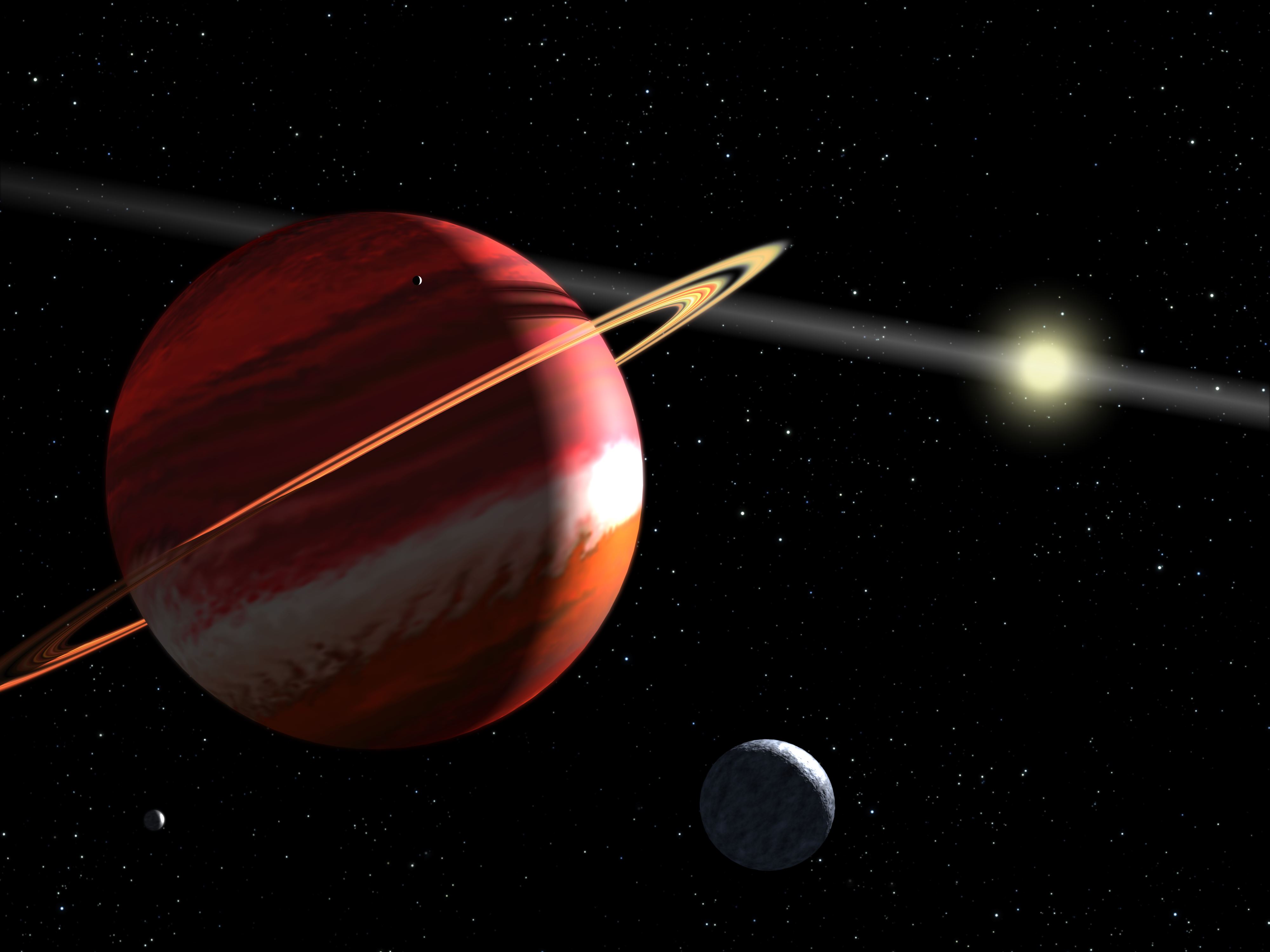 Despite the fanatical secrecy of these colonists, rumors of their existence, and eventually hard evidence, reached the homeworld. Even as open communication began, fear and disorder spread like wildfire, shaking both societies to their core. The fingers of world leaders hovered over red buttons, deliberating over whether they could blow up the other side before they became an existential threat or if it was already too late.

Imagine the terror of it. A few light years away, there is an civilization with the power to wipe out your world. You have literally zero reliable and up-to-date information on their political climate, cultural state, or technological ability. MAD doesn't work if you have no clue whether or not destruction really is mutually assured. The kyanah were not merely a bunch of cold, calculating Straw Vulcans; they were scared out of their minds.

The arrival of an actual alien interstellar ark in their home star system was almost insignificant in comparison.

The humans in their comet-ship were approaching the Tau Ceti system after a 2500 year voyage. They too were troubled by a schism within their ranks. There were those who saw the star system as a semi-mythical promised land that could not be replaced, and wished to slow down and land on Tau Ceti e or f, and let their children grow up with dirt beneath their feet and a sun overhead. And there were those who wanted to fire up their rockets and pass by the Tau Ceti system without slowing down. They feared the armed and dangerous race that awaited them and saw the dangers in trying to assimilate into an alien culture; to them, existence as a nomadic, spacefaring civilization was preferable. "Stick with the devil we know", they said.

It is up to captain Jyron Madak to balance the competing interests in his ark. And it is up to the myriad kyanah leaders to resolve their diplomatic crisis--and it occurs to a few: perhaps, just perhaps, these alien newcomers might prove useful.

Two worlds are colliding. Two peoples are meeting. One has fallen. One is teetering on the brink.

"The darkest void in the universe is not out there; it's in here," said Jyron, tapping his forehead, "It's what we don't know, City Alpha.  We're alone and scared because we don't have a goddamned clue what's going on in the universe."

Also tagged with one or more of these keywords: interstellar, fiction, aliens, great filter