A question: can you recommend me some good overview book on US history written by US author(s)?

A question: can you recommend me some good overview book on US history written by US author(s)?

Decline and Fall of the American Empire by John Michael Greer is the best book that comes to mind for me. It's more of a contemporary political analysis than a detailed historical study, but if what you're looking for is an overview then this book is definitely very useful because it does devote a lot of attention to American history.

Alas... wasn't found in my favorite pirate library, and Amazon says the book "can not be shipped to my location".

Decline and Fall of the American Empire by John Michael Greer is the best book that comes to mind for me. It's more of a contemporary political analysis than a detailed historical study, but if what you're looking for is an overview then this book is definitely very useful because it does devote a lot of attention to American history.

Found this. Though the title doesn't 100% match, I think this is exactly the book you've mentioned.

Anyway, thanks to both of you.

Oh yeah, that’s right, I forgot it had a longer title. You’re right though, it’s the same book, and you’re very welcome.

The Civ 4 soundtrack is perhaps the greatest piece of art work I've ever had the pleasure to consume and the greatest praise I can give it is namely, its progression as the soundtrack moves from ancient era music to the modern era. Tribal era; the music at the start is hopeful. A new world is born, and you feel like a toddler walking your first steps. It matches the game where you're just discovering and expanding, meeting new peoples. The Classical Era is much the same way, the world is magical.

Medieval Era, you're listening to religious choirs and unlike popular opinion of what the medieval world was in a eurocentric perspective which this game clearly is, you feel that the world is at harmony. It may have matured somewhat, but it's within grace. Renaissance comes around, and the music picks up. It's magnificent, grand. You're sailing the oceans, circumnavigating the globe. Your borders are growing spectacularly and from the grace of the previous period, you've found optimism and hope. New ideas, REAL ideas are being discovered and you wonder what good is in store for you. New lands that were hidden in the fog of war are open to you.

Industrial Era is where the music changes from hopeful, to a bit worrying. You're growing, and growing, and growing. Your roads replaced with railways, your workers have jumpsuits on now. It's a race between you and the other civilizations, but a race for what? You're no longer exploring, you're consolidating. You're witnessing the start of a world system now, and its here to stay.

And finally, the Modern era. The music crashes into despair. There is no more hope, no more dreams of a future but a nightmare of what's next. This is what you've been building up to? Researching nukes because if you don't someone else does and the game is over. World wars occur that won't end until someone is dominant. But the progress doesn't stop. Can you even call it progress anymore? It's need, a necessity. The future is the fog of war. If you've used nukes then it's too late for you, and global warming is ravaging the planet turning everything to desert. Your tech tree doesn't stop, it goes on forever researching. There is no answer to the questions. But if for one, you want to know why? What's the point of continuing on this world? Don't I want to restart? You're desperately aware of the games mechanics now, you want more growth, more power and demand but the game won't give it to you. You've won.

Anyone here ever feel depressed and you don't even know why?

Many times, it's just a result of the usual biochemical flux of the brain. Pair that with the opportune setting and atmosphere, and depression can just pop up regardless of whether there is a reason.

In my experience, random depression usually occurs when I've been inside for too long/haven't gotten enough sunlight. I remember the first year I lived in the US for good, without going back to another country, my skin at one point felt hunger for sunlight, so much so, that I had to lay in the sun outside for an hour. I've lost that ability to detect when I haven't had enough sun, lost it after the first year of being in the US. But, when you live on the equator and suddenly you are now much more on the tilt of the planet, where the sun is less direct, it tends to have that effect. I wish I still had the ability to detect that I need sunlight though, as low sunlight really is a health problem when you live away from the equator.

depression triggers can vary a lot from person to person. Mine are usually set off by health setbacks, or threats to my living space. both, too common in my life. 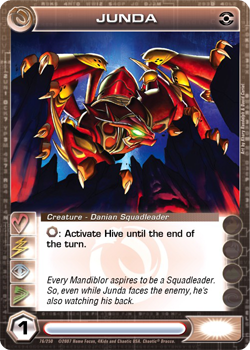 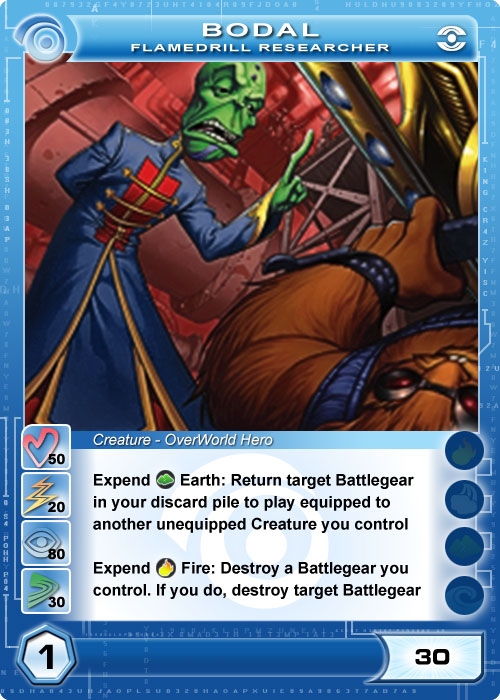 And the problem with Bodal is that Bodal is troubled.

And the ideal "real" world is a complex mixture of Eon Kid, Hunter x Hunter, and Shaman King.

If I die it shall be in vain

12 women were recently laid off at a local plastic recycling plant near where I live due the introduction of robotic sorting systems. These women were mainly undocumented immigrants with little opportunity in the labor market. Low skilled, low wage workers will bear the brunt of the ramifications of automation in the beginning stages, before social measures are enacted.


The growth of computation is doubly exponential growth.

Since recently, I'm fascinated by (and eager to try) the Winogradsky column. Who needs the dull and trivial plants in pots when one can grow the whole bacterial mini-ecosystem(s)?

The process turned to be lo-o-o-o-o-o-o-ong... after more than two weeks, I still see nothing more than a blurry and barely noticeable green (photosynthetics) and white (anaerobes?) stains on the glass.

Almost two months have passed and I lost any hopes. The little green stains developed into larger green stains but nothing else... until today, when I noticed THIS.

The first colony of purple sulphur-reducers. Looks not so impressive, but I believe this is only the beginning of the long and glorious way: 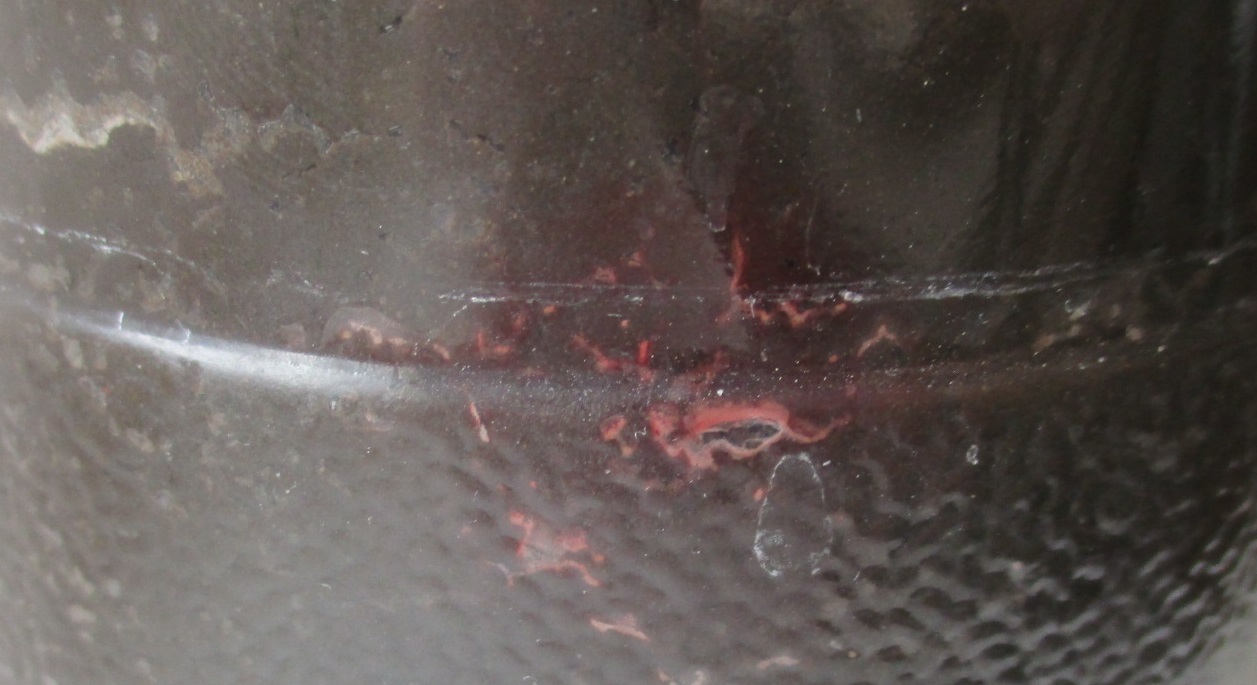 You may already congratulate me, I just took the second dose of Sputnik (two weeks after my mother, but she needed it more than I) and here, I hope, my personal issue of COVID-19 will be over.

PS as for the waiting and organization in general, it was both good and terrible. Terrible if you apply on the official "State Services" website and wait for your turn. And good if you don't bother with "digital government" at all and just go to the local clinic, fill the old good "informed and agree" paper and AT THE SAME DAY, after a brief interview and medical exam, get vaccinated.

PPS about medical exam... I was really impressed with their new thingy to check the blood saturation. I expected another unpleasant blood test, but no, they just put something like a clothespin on your finger and ask you to wait a few seconds. Completely painless.

I've been a nervous wreck for about two weeks now, to the point I'm on Xanax (which certainly helped out).

Logically it's obvious what happened, but I still have to be vigilant about it: about two days after getting my COVID-19 vaccine (the Moderna one), a supraclavicular (i.e. collarbone) lymph node swelled up. Specifically one on the same arm as the injection site.

Under normal circumstances, this ought to be painfully obvious what it is. Lymph nodes can swell for any manner of reason, but supraclavicular lymph node swelling is almost always indicative of lymphoma. Indeed, it still could very well be that, even though virtually nothing about this situation or any other symptoms around it suggest lymphoma. If it is lymphoma, it's very convenient it just so happened to suddenly appear two days after a vaccine known for causing lymph node swelling, on the same arm on which I received the vaccine, with no other lymphoma symptoms present  besides those that were comorbid with anxiety (and which went away when I took anti-anxiety medications). But on some level, I'm tempting fate. It could just be a genuinely horrible coincidence.

But while I am still quite worried, I still do lean very strongly against this being cancerous for one principal reason: it's doing the exactly opposite of what cancer should do— it's shrinking. Slowly. Indeed, I think this is why I was so freaked out: the lymph node has been swollen for over two weeks now so even though the swelling is going down, it's so gradual that I can easily scare myself into thinking it hasn't changed at all.

Officially, the vaccines (mainly Moderna and Pfizer) can cause this swelling and it can last at least 10 days, though apparently it can also last several weeks. And they can enlarge lymph nodes under the arm pit or on the collarbone. Not to mention I was in the hospital for a check-up literally two days before I got the vaccine and four days before the lymph node swelled, with blood work and an X-ray taken at that. Cancer doesn't just spontaneously arise one day; the body's already reacting before the most noticeable symptoms are present, and they declared me healthy.

So basically what I'm saying is if it's lymphoma, nothing about it adds up. But if it's just my body having an adverse reaction to the mRNA-driven vaccine, that's not surprising. I wouldn't say worry. Especially as long as it keeps going down.... 1 nanometer per day.