60 replies to this topic

The Great Debate:  Something he is smocking or dementia?

> Makes a typo
> IS THE PRESIDENT SUFFERING FROM DEMENTIA? UNFIT FOR POST? RELEASE HIS MEDICAL DOCUMENTS! HE DOESNT KNOW WHAT HES DOING!

I was just smocking him.

> Makes a typo
> IS THE PRESIDENT SUFFERING FROM DEMENTIA? UNFIT FOR POST? RELEASE HIS MEDICAL DOCUMENTS! HE DOESNT KNOW WHAT HES DOING!

He made the typo TWICE. If it wasn't for that, I would have let it pass for a mistake all of us make from time to time.

Congresswoman-Elect and Socialist darling Alexandria Ocasio-Cortez is the gift that keeps on giving. No, seriously. She says some of the most ridiculous things imaginable.

These are her top seven craziest political gaffes of 2018:

7. In Ocasio-Cortez's mind, those riding the Central American caravan aren't "illegal aliens" but rather "refugees" who want to seek asylum.

According to Ocasio-Cortez, journalists need to "fact-check" what they write about illegal immigrants. Probably because the facts don't back up her claim. Just look at what happened when the caravan arrived along the United States-Mexico border. Our border patrol agents were severely injured. And not everyone attempting to come to America were upstanding citizens.

6. She tried to compare the Holocaust to what's taking place on the Southern border. But Sen. Lindsey Graham laid a major smackdown.

For whatever reason, the Congresswoman-elect seems to think that the millions of Jews who were murdered at the hands of Adolf Hitler are equivalent to those who illegal cross our borders.

Sen. Lindsey Graham, however, didn't see things that way, and recommended she visit the Holocaust Museum in Washington, D.C.

5. Apparently every member of Congress needs to pay their interns...and it must be a living wage.

Ocasio-Cortez decided to chide her colleagues for not paying their interns, which she thinks is unfair. Naturally, she had to one-up everyone else by vowing to pay her interns at least $15 an hour.

The most ironic aspect though: Democrats, the same people who supposedly fight for a fair wage, are the ones who make their interns work for free.

4. She was so broke she couldn't afford to find a place in Washington, D.C. But then the unthinkable happened: someone offered her a place to stay.

In another attempt to make herself relevant with Millennials, Ocasio-Cortez mentioned what it was like to not be able to find affordable housing in Washington, D.C. She attempted to play the "woes me" card but it backfired when celebrity chef José Andrés offered to let her stay his family for as long as need be.

Naturally, she declined but was touched by the gesture.

Guess she wasn't really homeless after all.

3. Ocasio-Cortez claimed to be a political outsider but she cherry picked what aspects of her resume – and life – people knew about her.

The reason Ocasio-Cortez was so successful this election cycle is because she was branded as a political outsider, someone who wanted to help others and be a voice for the powerless. The problem, however, is that her background is anything but that of an outsider.

There are just a few things most people don't know about her:

• When she was five she moved from the Bronox to Yorktown Heights, where the average household income is $141,254.

• She attended Boston University, a private college where tuition alone currently sits at $52,816 (and no, that doesn't include room and board, books, fees, etc).

• While in college she interned for U.S. Senator Ted Kennedy and handled foreign affairs and immigration casework for his constituents.

• She campaigned for Bernie Sanders in 2016.

• After the 2016 election she drove across the country to talk to people in Flint, Michigan about the water crisis there and to the Dakota Access Pipeline protests to talk with protestors.

• She worked for the National Hispanic Institute, a nonprofit organization that fights for the civil rights of hispanics, as the Educational Director of the 2017 Northeast Collegiate World Series.

2. Ocasio-Cortez tried to compare Central Caravan riders to those of Jews fleeing Nazi Germany, except Dr. Sebastian Gorka saw right through her stunt.

"You truly are an insult to intelligent and empathic humans everywhere," he told the Congresswoman-elect.

1. She violated House ethics...and she hasn't even been sworn in yet.

Ocasio-Cortez violated House ethics when she threatened to subpoena Donald Trump Jr., simply because he shared a meme of her on Instagram...and she was triggered.

She's only been in the spotlight a few short months. 2019 is bound to be eventful with her in Washington.

#6  - Needs citation. Still, a bit over the top if correctly reported.

#5 - Not a gaffe.  Since when doe Ms. Cortez have to not criticize fellow Democrats?

#4 - Not a gaffe. She looked for housing in the D.C. market. Then, reported on her experience.  No gaffe there.  We are all relatively poor.

#3 - Not a gaffe. She knows how to prepare a resume. Classic double bind if ever there was one.  She is so stupid she prepared a brilliant resume.  Please, give me a break.

#2 - See #6.  I suggest anybody who thinks she did such a horrible job of exaggeration join the caravan for a few days. No takers?  I didn't think there would be.

#1 - Violated House ethics by threatening to support a subpoena of Trump.  Wow - we need more folks in Congress willing to "violate House ethics."

Not to mention that the whole article uses sensationalist language designed to lampoon the congresswomen.

Language like "stunt," "smackdown," and "unthinkable." What is this WWE? Oh, wait... 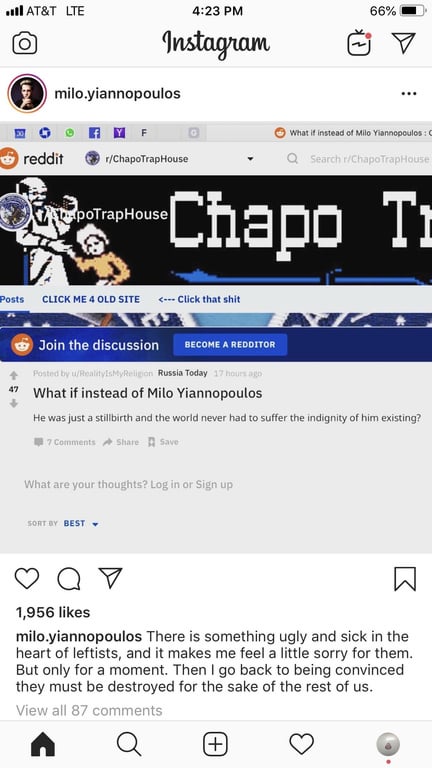 Imagine being so sensitive that a barely-noticed shitpost on a meme subreddit makes you unironically scream "We should kill millions of people." Then also imagine you're the kind of guy who rants about "special snowflakes."

Milo: "Saying I should have been a stillbirth? This is awful, and unacceptable"
Also Milo: "I say provocative things to intentionally upset people and it's fantastic, remember when I bathed in pigs blood because I hate brown people? Great times"

Remember guys, it's leftists who are sensitive little snowflakes who are offended by everything.

The petty ad hominem attacks on Alexandria Ocasio-Cortez merely reveals the Conservative intellectual bankruptcy.  Of course that bankruptcy is becoming more apparent by the day.  Consider:

Accident at a funeral

Accident at a funeral

The guy who tried hopping over to the other side must've wanted to kill himself and be the one in the coffin instead.

Missed this first time round, Genuinely asking, wasn't this whole article meant to be the cringe thing?

Surely the author was mocking someone else here? This seems like an exaggerated satire ("Totally healthy and sexy 402lb body") of someone else's posts (or a type of post). Like he's mocking people's "I totally could have had sex with this hot woman, but chose not to" posts or something

Do people make posts like that? i'd assume they do, but i don't 4chan so ?

Can everyone clearly label/explain the cringe things they post so I know if I need to argue with you on the internet about it? 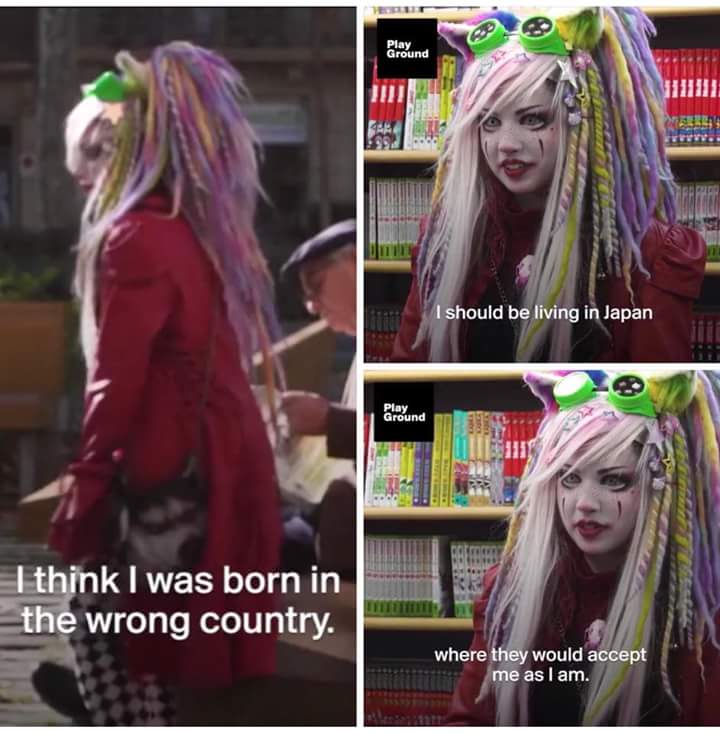 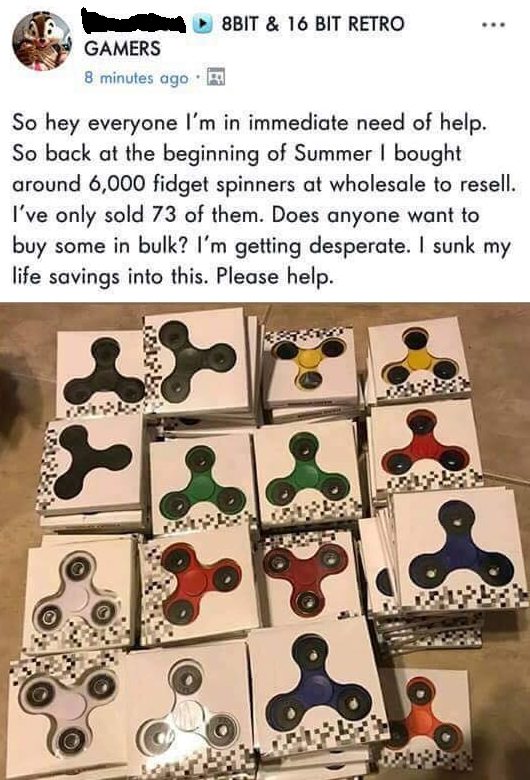