Did he mean synthetic human meat (from charlton heston genome) ?

In terms of culture, economics and politics, how do you imagine the world will look by then? What will be the main issues facing society?

For the average person in a developed country, will things be overall better or worse than now?

Things will be much better for an average person economically in a developed society by 2060. However, there is probably going to be much more political, ethnic, and religious polarization than there currently is--especially, but not only, in Europe. Western Europe is also going to have a growing problem with terrorism and extremism due to its growing Muslim population.

I do think that more countries would have legalized same-sex marriage by 2060, though the Muslim world will still be extremely behind--as expected.

Perhaps Muslims will become the new evangelicals.  It's possible that as Christianity declines, and Islam grows, its going to attract perhaps some religious fundamentalists in the US.  As the religion ages in this modern world, it may become more calm and less beckoning to extremists, and attract a base similar to American protestants today.  That would be quite the strange turn of events, but its not entirely implausible.

Since I think about it so much I'm going to focus on socioeconomic and cultural sentiments.

Automation will utterly destroy the job market by this point forcing unemployment into the 45%+ range. Anytime between the 2030s and the 2060s should result in a great shift out of capitalism for a good portion of the world. My guess would be some democratic or otherwise horizontally organized form of socialism will be competing with neofeudalism at this point. The logic goes that free market capitalism allows large amounts of power in the form of the moneid commodity and other assets will continue to trickle more and more into the hands of smaller and smaller groups of people. At some point this becomes unsustainable due to food riots and the like thanks to automation and or global warming. Either capitalism falls to revolution and or the oh so benevolent overlords of the era grant a basic subsistence to their peasants. My guess is that a lot of conflict is going to come from many hyperich people and organizations not being willing to peacefully give up their wealth, hence, neofuedalism. Many countries that are neofuedal might still brand themselves as capitalists but anyone with a brain will be able to see otherwise, oligarchies will also be making an appearance for much the same reasoning.

That's not to say that future socialist countries--or territories if they don't identify/operate as states--won't have rich people. The people under fire are going to be the equivalents of our modern day Jeff Bezos not the 2060s equivalent of a modern multimillionaire (talking 10s of millions not 100s here.) They'll probably initially come under scorn (especially those holding onto money from pre-revolutionary times) in some capacity and over time will become a dying breed, but I don't see their assets being seized for the most part. The reason being that planned economies still probably won't be very feasible even with advanced AI (all bets are off if we have ASI by then, but we're probably not even worried about "primitive" things like pre-singularity economics at that point.) That leaves some form of market socialism with mostly horizontally organized workplaces and businesses alongside a really strong automation backed social safety net. What that also means is that there will still be moderately rich merit based people. For example, whoever works for the 2060s equivalent of Valve Software will be pretty loaded and rightfully so given how much value they would add to the economy.

Beyond the two primary economic competitors there will be experiments with actual communism and lingering liberal/social democracies still operating under capitalist economies. And as with other periods of human history there will oddballs, an actual monarchy here, a dictatorship there and maybe an experiment with a largely AI governed country. Knowing humans there will probably be a group or two of crazed rich ethno-transhumanists seasteading as far away from the brown people as they possibly can. It's also entirely possible that none of this happens and something new arises as the dominant form of economy and culture, the only thing I'm certain on is that capitalism will be on its way out. If not for automation then for global warming and the ensuing crisis that comes with it. Remember, 1.5C of temperature rise is already guaranteed and even with a complete paradigm shift today, 2C is probably on the way. Let capitalism run its course for another few decades and 4C starts looking conservative.

This whole scenario might be pushed another 20 years into the 2080s as well given that capitalism is remarkably resilient to its own economic contradictions and will go down swinging as long as it possibly can.

As for fun things, something close to if not actually FIVR should come along by the 2060s, medicine will be revolutionized as Casy was talking about and most of the people on this forum will probably be cyborgs of some sort with an extremely slowed or possibly stopped aging process. And that's not even getting into the subcultures of the day, I mean 2018 is already a spiderweb so complex it makes the 90s look tame. I wouldn't even know where to start with what the 2060s will look like.

To illustrate that look at the menhera subculture. They seemingly came out of nowhere and are still pretty nascent but growing--it wouldn't surprise me if they puncture the mainstream of youth culture in the 2020s if not late 2010s. Their message is simple, wear shocking clothing and makeup that makes mental health issues appear cute and in the open. The cuteness makes it fun, the sickly look (most often in the form of paleness and exaggerated bags under/around the eyes) makes it shocking. The point is to force the world to stop ignoring mental illness and have real conversations about it. Menhera despite pulling heavily on a feminine aesthetic is gender neutral in nature, and sees both male and female bodied people wearing the same clothes. Which is another underlying issue highlighted by the subculture given that many teens and young adults face mental illness due to rampant sexism related abuse. This is where the seemingly comes in. Even though menhera for most of us (including myself) showed up out of nowhere, it makes perfect sense that it would evolve as a response to a sexist culture rampant with mental health related shootings. And for the record, menhera has been around in Japan longer, it's just hitting the US now. I also don't know if the Japanese make the gender neutral association or not. All of this is why I don't even know where to start on 2060s subcultures. I would need to know a relatively accurate picture on how the youth of that era feel in order to predict what would evolve. 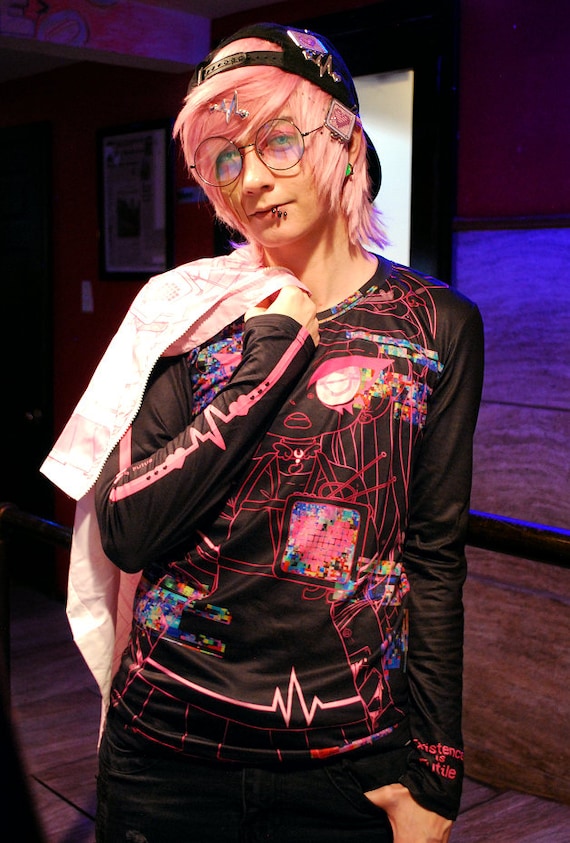 The world will be depleted of fossil fuels. To compensate for the lack of it, all cars are now electric and graphene has pretty much replaced traditional plastic and rubber.