Earliest evidence of humans outside Africa

Scientists say they've found the earliest known evidence of a human presence outside Africa.
Stone tools discovered in China suggest primitive humans - or a close relative - were in the region as early as 2.12 million years ago.
They are about 270,000 years older than the previous earliest evidence, which consists of bones and tools from Dmanisi in Georgia.
The research, by a Chinese-British team, appears in the journal Nature.
The stone artefacts were discovered at Shangchen on a plateau in northern China. 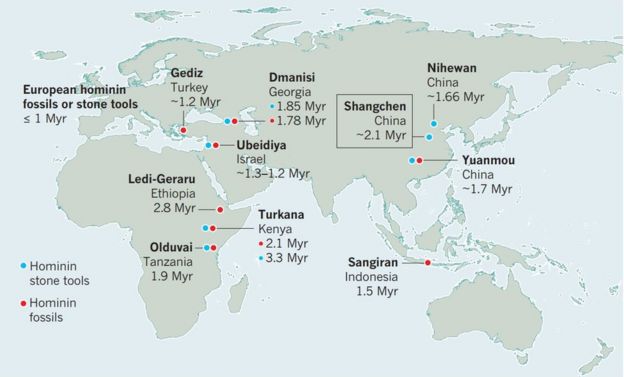 Also tagged with one or more of these keywords: 2.12 million years ago, 270000 years ago, Humans, Africa, China, Shangchen