10 replies to this topic

Yesterday's sharp drop in FB's stock value could just as easily be a blip on the radar as the harbinger of a downward spiral, but in any case, it has made me think about what a replacement social network might look like.

Maybe it's uncreative, but for this exercise, I'm going to start by imagining Facebook as is, but without its flaws. Facebook's successor would be different in the following ways:

-Instead of Mark Zuckerberg becoming a multibillionaire by selling your data to advertisers, 90%+ of the revenue would go to you. Every user would automatically have a cryptocurrency account link to their user account, and users would get monthly payments. Users would be able to transfer the cryptocurrency to each other at no charge.

-There might be some basic information that users could not opt out of selling, such as sex, age group, and approximate location (within a 20-mile radius circle), but making available anything more than that would require the user to opt-in. There would be a simple checklist where each user could tick off boxes.

-Users could truly delete their own content, such as old messages, videos and photos. I don't think FB Messenger presently allows people to do this.

-By default, content posted by users would have the Comments feature disabled. If a user wanted to open their content up for comment, they would have to manually push a button or something each different time.

Decentralization of the platform

-Use of blockchain software.

-Harnessing of compute power of all user devices to store the site's data and to run the computations necessary to support the site's cryptocurrency.

These are just my preliminary ideas. I'd love to hear input.

Well nobody is going to build it if they can't make money off it. Either they will sell your data, sell ads to third parties, or make users pay to have an account. There is no way around that.

There are some of your ideas that I find intriguing and some other that not be suitable for a consumer platform that would outcompete Facebook. Nonetheless, I think it is cool that you envisioned Facebook without what many consider to be some of its most debilitating flaws. I believe that Facebook's successor will likely be developed by some individual who can read the trends within their generation well. Already it seems that Facebook is being passed down to the older generation. Last week I was speaking with a girl on the subway and she inquired whether or not I had social media and I told her that I had Facebook messenger. Upon hearing this she told me flatly that Facebook was for old people. I would take this into account if I was developing a new app that does what Facebook does but better. Something about Facebook platform and atmosphere but turn away the greatest consumers of new applications and social media platforms: adolescents and young adults. So, with this in mind, I believe that whoever makes the platform that outcompetes Facebook will have a good conception of Facebook's flaws. It is also the case that Facebook's successor may look or function nothing like Facebook but at the same time fill the same niche within people's lives. This could be accomplished through new social media technology that incorporates Virtual Reality (VR) or Brain Computer Interfaces (BCI's). Much of the future is up for grabs in terms of social media.

"Utopia is the hope that the scattered fragments of good that we come across from time to time in our lives can be put together, one day, to reveal the shape of a new kind of life. The kind of life that yours should have been." - Bostrom

How about nothing. How about social media goes away

How about nothing. How about social media goes away

That's like asking letters of correspondence to go away. Once it's here, it's here. We're too social of a species to let it die.

Well nobody is going to build it if they can't make money off it. Either they will sell your data, sell ads to third parties, or make users pay to have an account. There is no way around that.

Remember this from my OP:

-Instead of Mark Zuckerberg becoming a multibillionaire by selling your data to advertisers, 90%+ of the revenue would go to you. Every user would automatically have a cryptocurrency account link to their user account, and users would get monthly payments. Users would be able to transfer the cryptocurrency to each other at no charge.

The people that build and run the platform would make money off of it. <=10% of ad revenue would go to them.

I think the platform should be very open about its revenue, where it goes, how much its top staff earn, and how all of that compares to other social networks. Users could click on an icon and see a simple spreadsheet with all the information. It would also show how much in cryptocurrency the users earned by participating on the social network.

Why not? Facebook has already done the heavy lifting by developing a platform over the course of 15 years, at great expense and through much trial and error. They've probably hit the point where every major, profitable feature that could be added has already been. The alternative I mention would be basically a copy of Facebook, but with changes made here and there to fix Facebook's known defects.

Also, it's occurred to me that the user-payment scheme I've described would provide an incentive for users to verify they are actually human, and for advertisers and human users to ferret out fake accounts. This would solve the "bot" problem that Facebook has.

People fed up with Facebook will have yet another privacy-oriented social network which they’ll be able to join soon. The new offering, Openbook, is set to begin a KickStarter campaign on Tuesday and is already gaining support from experts such as Philip Zimmermann, the creator of PGP encryption, and Jaya Baloo, the chief information security officer at the Dutch telecoms company KPN Telecom.

Openbook is hoping to seize on the recent headlines surrounding Facebook and Cambridge Analytica. It said the website will not serve ads or track users as they use the site; instead it plans to launch a marketplace and take a cut of the transactions. Openbook isn’t the first privacy-oriented social network, we’ve seen Diaspora*, Friendica, and Mastodon among others which have tried to compete but have largely failed because people’s important contacts don’t use the services.

While many of those other services failed because moving over was difficult, Openbook will make it easy to move to its service. On its website it says:

“Just drag-and-drop your old social media archive into Openbook and import all your photos, videos, chats and more!”

The network will also appeal to those who feel like social media is too addictive. One of the key selling points of Openbook, according to The Telegraph, is that it will reduce the number of notifications that it shows to users as opposed to Facebook. 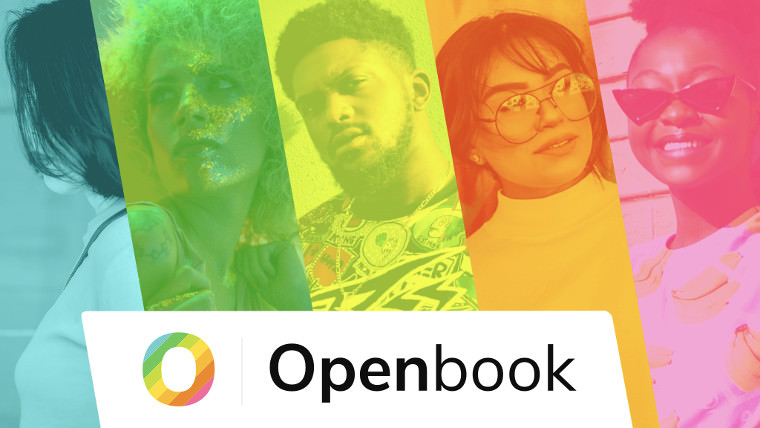 “Just drag-and-drop your old social media archive into Openbook and import all your photos, videos, chats and more!”

That's another crucial criterion I forgot to mention. Many FB users (including me) stay in because they've invested so much time and effort into uploading content over the years, and they don't want to lose it. An easy copy-and-paste feature for migrating content to a new social media platform is a must.

The problem would be network advantage. Its tough to compete with a platform that big, because all of everyone's friends and family are on Facebook already. Which means if you want to talk to them then you need to join facebook.

This also leads to young people leaving it though, and the massive reputation hit they have had recently might lead more people to shop around so there is definitely space to find a niche.

but yeah their billions of users will be tough to beat.

(I backed that Openbook thing, I'm not sure if they can pull it off long term, but I backed it anyway out of spite, because I don't like facebook)

Also tagged with one or more of these keywords: facebook, social media