"Trump appears to be dragging his right leg around in this clip from his visit to a lab in North Carolina on Monday." 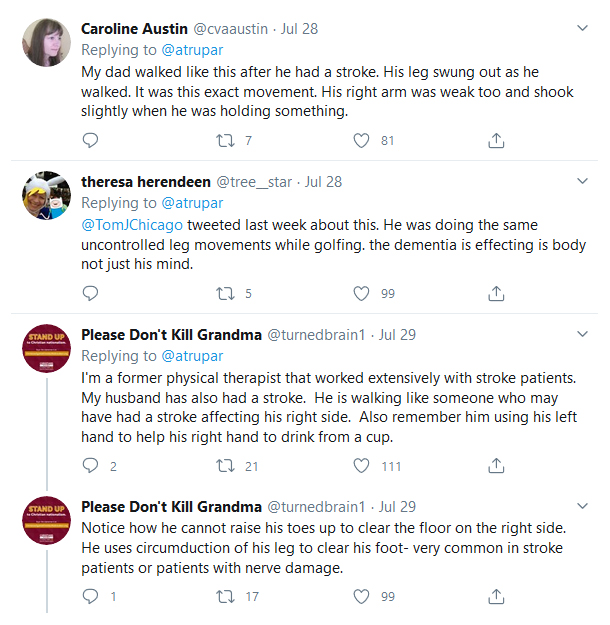 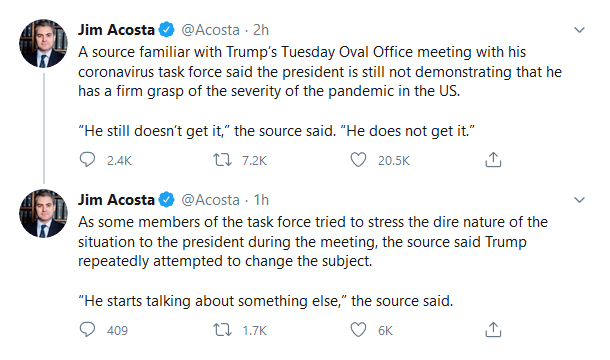 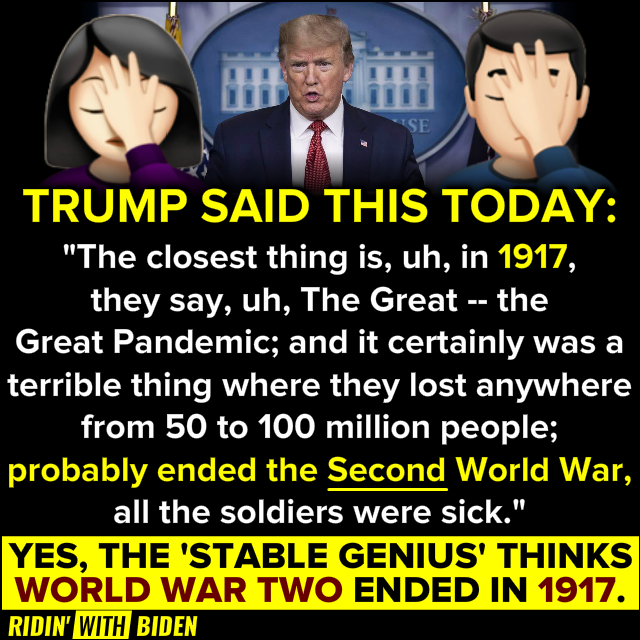 Robert Trump, the younger brother of President Donald Trump, has been hospitalized in New York, sources told ABC News, a development confirmed by the White House.

The details of his condition remain unknown though he is described by several sources as "very ill." 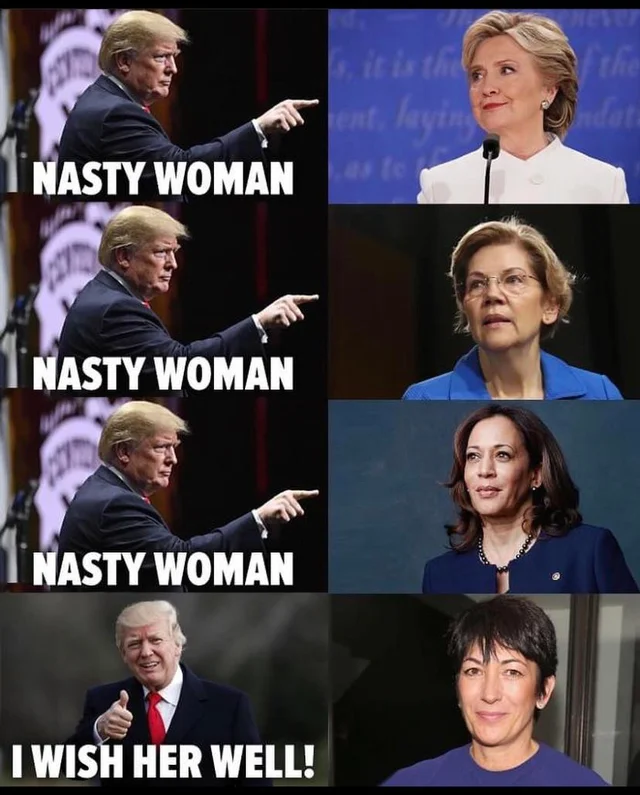 Robert Trump, 71, the younger brother of President Donald Trump, died Saturday at a New York hospital, Donald Trump announced in a statement.
"It is with heavy heart I share that my wonderful brother, Robert, peacefully passed away tonight. He was not just my brother, he was my best friend. He will be greatly missed, but we will meet again. His memory will live on in my heart forever. Robert, I love you. Rest in peace," the President said.
Donald Trump is expected to attend his brother's funeral. However no details were immediately available on plans. Additionally, a source familiar said the President personally dictated the White House statement on his brother.
"Uncle Robert, we love you. You are in our hearts and prayers, always," Ivanka Trump posted on Twitter Saturday night.

The President called his brother's hospital room late on Saturday as it seemed his death was near, two people familiar with the matter told CNN. It's not clear whether they connected or whether Robert Trump's condition allowed him to speak by phone with the President.

Separately, several people who spoke to Trump Saturday said he appeared saddened by the impending loss of his brother. 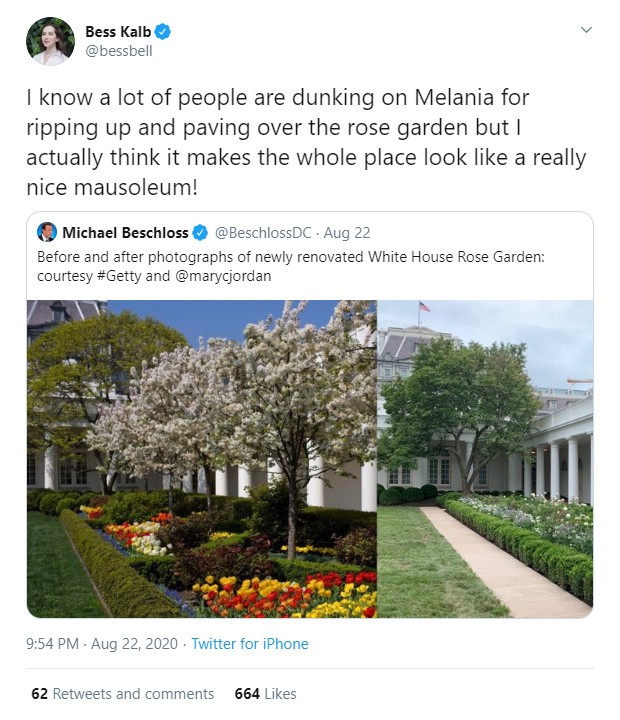 Prediction: If Trump loses the election, Melania will file for divorce shortly after.

"Trump is deep in dementia decline. His behavior resembles psychosis."

Trump: Americans Who Died in War Are ‘Losers’ and ‘Suckers’

When President Donald Trump canceled a visit to the Aisne-Marne American Cemetery near Paris in 2018, he blamed rain for the last-minute decision, saying that “the helicopter couldn’t fly” and that the Secret Service wouldn’t drive him there. Neither claim was true.

Trump rejected the idea of the visit because he feared his hair would become disheveled in the rain, and because he did not believe it important to honor American war dead, according to four people with firsthand knowledge of the discussion that day. In a conversation with senior staff members on the morning of the scheduled visit, Trump said, “Why should I go to that cemetery? It’s filled with losers.” In a separate conversation on the same trip, Trump referred to the more than 1,800 marines who lost their lives at Belleau Wood as “suckers” for getting killed.

Belleau Wood is a consequential battle in American history, and the ground on which it was fought is venerated by the Marine Corps. America and its allies stopped the German advance toward Paris there in the spring of 1918. But Trump, on that same trip, asked aides, “Who were the good guys in this war?” He also said that he didn’t understand why the United States would intervene on the side of the Allies.

Prediction: If Trump loses the election, Melania will file for divorce shortly after. 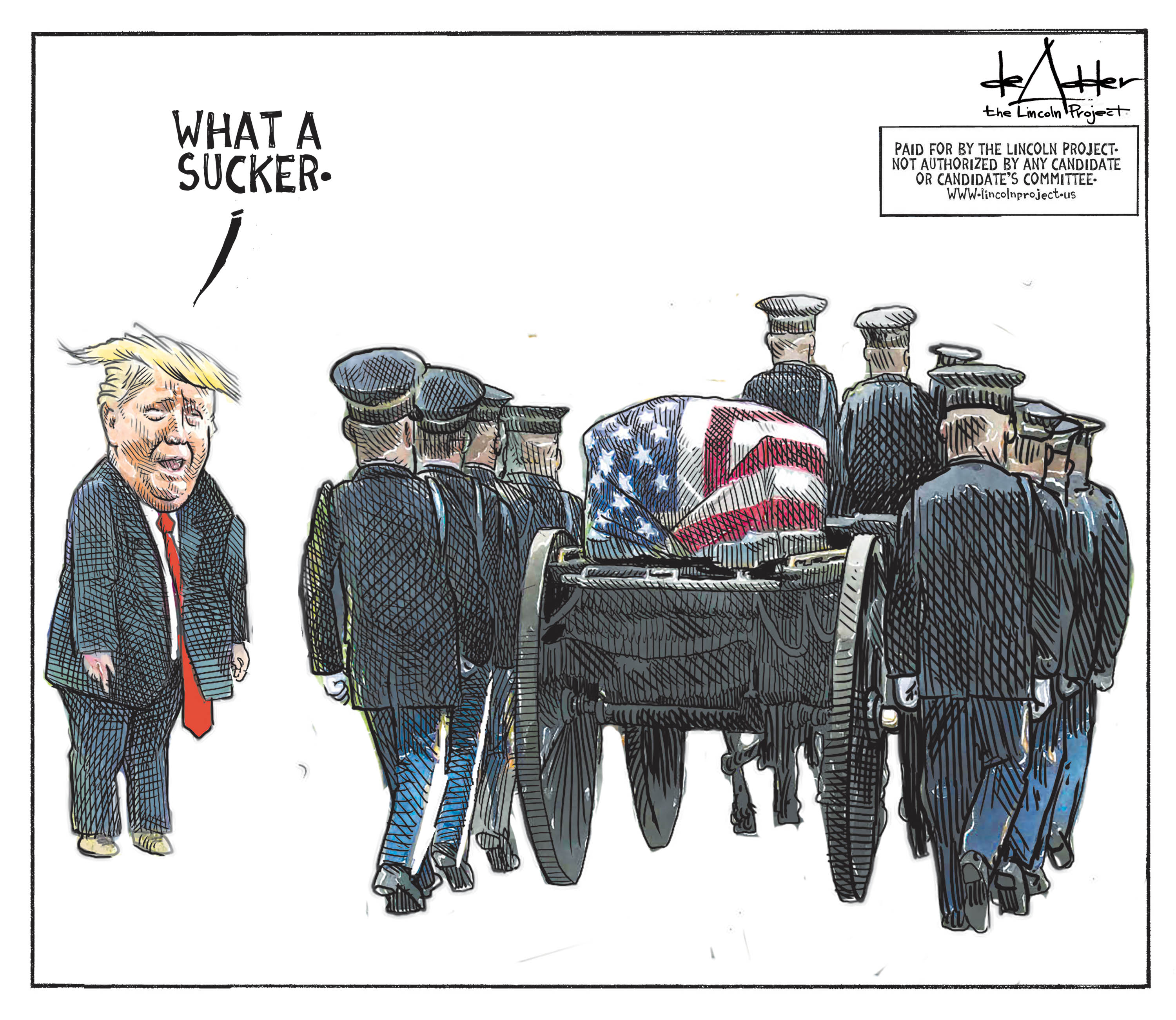