Trump just retweeted a guy with Nazi, Jewish conspiracy symbols in his name It could be a accident. Edit it's the three brackets on ether side like this (((thing in here)))

Trump to Stephanopoulos on why he still believes COVID-19 will disappear, even without a vaccine: 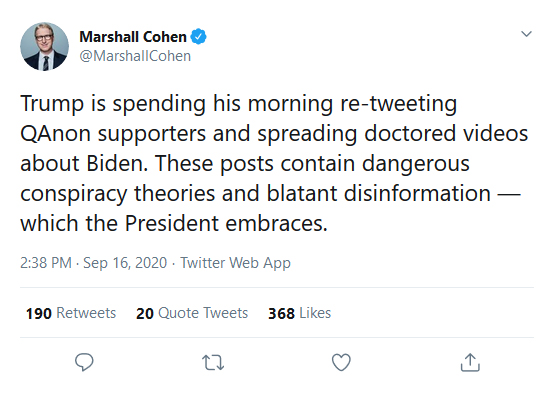 Trump to Stephanopoulos on why he still believes COVID-19 will disappear, even without a vaccine: 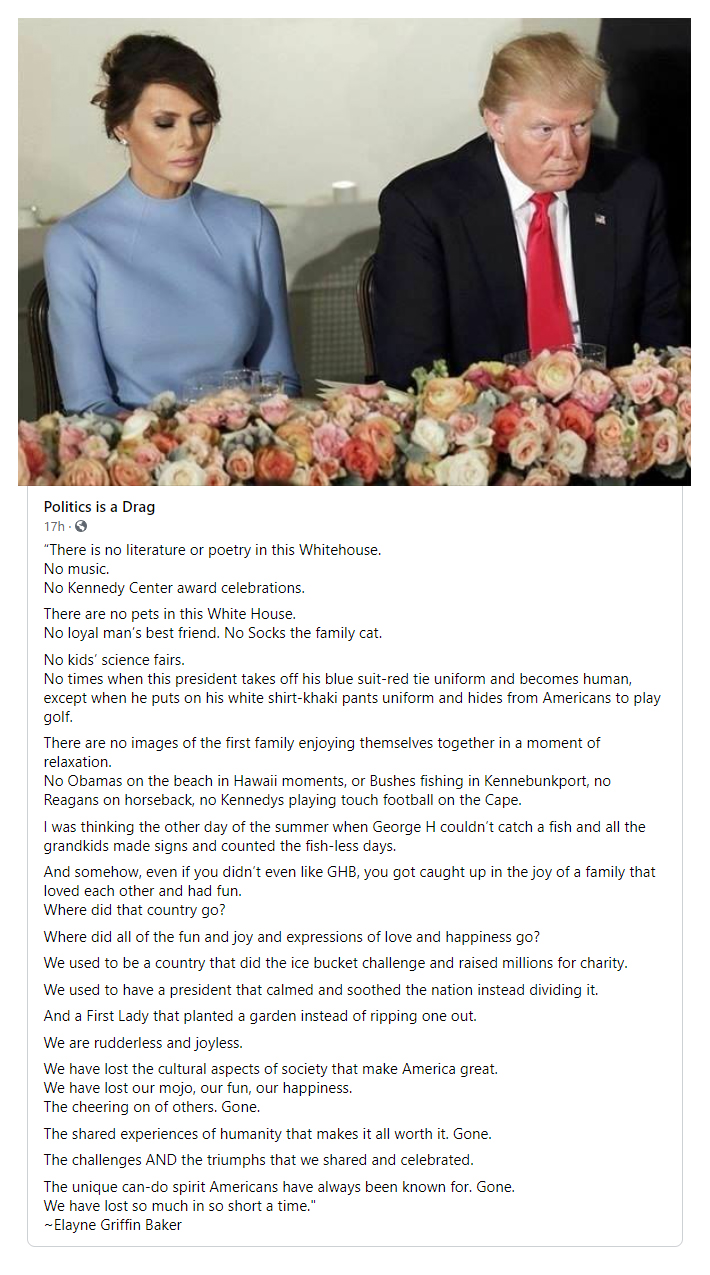 (CNN) – A package containing the poison ricin and addressed to President Donald Trump was intercepted by law enforcement earlier this week, according to two law enforcement officials.

Two tests were done to confirm the presence of ricin. All mail for the White House is sorted and screened at an offsite facility before reaching the White House.

A US law enforcement official told CNN that investigators are looking into the possibility the ricin package sent to Trump came from Canada.

Mary-Liz Power, chief spokeswoman for Canada's Minister of Public Safety Bill Blair, said in a statement, "We are aware of the concerning reports of packages containing ricin directed toward US federal government sites. Canadian law enforcement is working closely with their US counterparts. As this is an active investigation we cannot comment further."

The FBI and Secret Service are investigating the matter.

Three U.S. law enforcement officials say a woman suspected of sending an envelope containing the poison ricin, which was addressed to the White House and President Donald Trump, has been arrested at the New York-Canada border.

The officials say the woman was taken into custody by U.S. Customs and Border Protection (CBP) officers and is expected to face federal charges. The officials were not authorized to discuss the ongoing investigation publicly and spoke on condition of anonymity.

Aaron Bowker of the CBP confirmed with CBC News that the arrest took place at the Peace Bridge in Buffalo and that the individual was travelling from Canada into the U.S.

The letter had been intercepted earlier this week before it reached the White House.

TRUMP IS PROMOTING A CONSPIRACY THEORY I MADE

The story below demonstrates Trump's vision for a Supreme Court without Ginsburg. One that moves backward toward a monarchy with him as the monarch and his family posed to inherit the country. With a little help from bribes...err...I mean campaign contributions from the ultrarich. That is the real thinly disguised  conspiracy going on.

President Donald Trump said during a campaign rally over the weekend that he is "counting on the federal court system"—which he has packed with right-wing judges—to declare a winner of the presidential election on the night of November 3, a statement that one journalist described as an "outright pledge to use the courts to stop votes from being counted."

"We're counting on the federal court system to make it so that we can actually have an evening where we know who wins, OK," Trump said during an event in  Fayetteville, North Carolina on Saturday. "Not where the votes are going to be counted a week later, two weeks later."

Trump appeared to be referring to states that have extended absentee ballot deadlines to accommodate the unprecedented surge in mail-in voting driven by the coronavirus pandemic, which is expected to delay the announcement of an election winner. In the key battleground of Pennsylvania, for instance, the state Supreme Court ruled last week that mail-in ballots received by November 6 must be counted as long as they are postmarked by Election Day. More than 20 other states are similarly allowing mail-in ballots to arrive days after November 3 if postmarked on time.

But the Supreme Court will have the final say, surely?

But the Supreme Court will have the final say, surely?

Well, I wonder how the heck the Supreme Court will justify not counting ballots still coming in? Votes are supposed to matter in this country, right?

The Times has obtained tax-return data for President Trump extending over more than two decades. It shows his finances under stress, beset by losses that he aggressively employs to avoid paying taxes and hundreds of millions in debt coming due.

According to Fort Lauderdale Police Department Sgt. DeAnna Greenlaw, Fort Lauderdale police officers responded to Parscale's residence "in reference to an armed male attempting suicide." Officers later identified him to CNN as Bradley Parscale and said his wife had called the police.

"When officers arrived on scene, they made contact with the armed subject's wife, who advised her husband was armed and had access to multiple firearms inside the residence and was threatening to harm himself," Greenlaw told CNN in a statement. The officers determined the only person inside the home was the adult male.

Greenlaw said officers contacted Parscale, "developed a rapport, and safely negotiated for him to exit the home. The male was detained without injury and transported to Broward Health Medical Center for a Baker Act."

Fort Lauderdale Police Chief Karen Dietrich told CNN over the phone there was a concern that Parscale may harm himself, and his wife reported there were weapons in the home. The SWAT team responded and after a short time Parscale surrendered to police, Dietrich said. 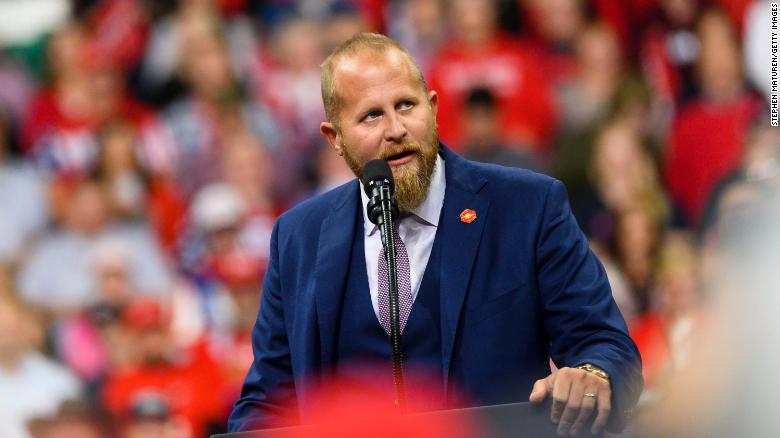 Such a great family man who has won the undying love of all of his extended family.

Mary Trump Sues the President and His Siblings for Fraud

(Courthouse News) — The president’s niece Mary Trump sued her commander-in-chief uncle and his siblings, accusing them in a blistering complaint Thursday morning of fraudulently cheating her out of her inheritance.

“For Donald J. Trump, his sister Maryanne, and their late brother Robert, fraud was not just the family business — it was a way of life,” the 52-page complaint states.

Mary Trump has made these allegations before in her tell-all book “Too Much and Never Enough: How My Family Created the World’s Most Dangerous Man,” as well as in litigation where the family fought unsuccessfully to block that book’s release.

This is the first time that Mary Trump has leveled the claims in a lawsuit to collect damages.

She sued her living uncle, late uncle and her aunt — Donald Trump, the estate of Robert S. Trump and Maryanne Trump Barry — in their personal capacities.

Trump is imploding everywhere. It's a sight to see.

^^^Yes, he is very much acting like a cornered animal, which of course makes him dangerous.  Most presidents have nothing to look forward to except a comfortable retirement should they lose their bid for re-election.  Trump needs to very much fear prison.  Mary Trump's lawsuit, and recent allegations of tax evasion, also make clear that his very fortune is at stake.  No wonder he wants to be declared King for Life. That his most loyal followers cannot see this whole picture is the larger tragedy.

RE: his tax returns. Expect some sort of massive distraction from this in the next day or two, and many more such diversions in the coming weeks.

These next several weeks could be crazy, and potentially quite dangerous.

There will always be 40 to 50 percent of Americans who will support trump regardless because all their news is fox news. This news will only convince the tiny minority of swing voters left in a few select states to not vote for trump