Bernie Sanders or his acolytes?

I doubt he'll be running again due to his already advanced age but certainly there will be sympathizers who'll try run in Bernie's spirit.

This PoC will probably not be anything like Sanders, however, and will ultimately pivot back towards the center.

There probably won't even be anything to have an election for in four years.

I doubt Bernie Sanders will run. He is getting old and the legacy he left from the Clinton defeat was weak.

If Trump keeps even a few of his promises, I could definitely see him being elected again.

One thing is for sure though. Democrats will have a hard time trying to gain any power back from the Senate, Supreme Court and the fully republican House.

Bernie Sanders or his acolytes?

I doubt he'll be running again due to his already advanced age but certainly there will be sympathizers who'll try run in Bernie's spirit.

The problem with imitators is they are rarely as good as the original. However, I think Bernie took some damage with his shilling for Clinton. So they both may be tainted. Depending on how things unfold there may be some room for a Warren candidacy and she may finally fell compelled to act.

If the Democrats have not learned the lesson that they can't be pro-free trade like Obama has with the TPP then they may not be able to start making inroads again in the Rust Belt. The message is clear, cease and desist with this globalist/free trade agenda and represent and respond to local concerns. As a starting political move to recovery the Democrats should renounce their support for the TPP and call Trump's bluff to see if he makes good on his anti-free trade rhetoric. Backtracking on this kind of pledge may be a way to start setting in motion the Trump demise. If he doesn't and some other Republicans join the Democrats to block it (as many now might do) then you get a nice act of bipartisanship that is probably in America's interest.

Also Democrats need to rectify some of their climate change policies and fast. While the Republicans are insane in their attempt to shut down all climate science there is a real concern with Democratic policy on this issue as well. Obama has been attempting to shut down the coal industry in the United States quite aggressively and this has led to massive job losses in states like Pennsylvania and Ohio which Clinton lost, and may have contributed to her almost losing Virginia as well. This policy may be attractive to people in really liberal areas which don't see the up-front impacts of the loss of major industries but in the states which the Democrats lost it is unbearable, many of these people  who lose their jobs cannot easily retrain due to the prohibitive costs of education in the United States and thus either go unemployed or into much lower paying jobs and in turn poverty and see a major decrease in quality of life. If the Democratic policy is to simply change to green industries without considering how they will assist the people impacted by the lost "dirty" industries than they will continue to alienate white voters and they may not trust the Democrats again and instead opt for an imperfect option that at least preserves their financial self-interest even if it ultimately has dire consequences for the environment at large.

You know who we need for a president?

Or some techno-libertarian Singularitarian pragmatist who fears World War III as much as I do.

Honestly i am finished with elections for the next 4 years. Remind me this thread exists in 2020.

I think a third party will make it to at least one debate next election and we will start to see one of the parties start to implode. 2020 might be a bit soon, if not definitely 2024.

Liz Warren currently 3rd at 12/1 betting odds for 2020, behind trump and pence, not quite cheap enough to bother at the moment.

Let's all not forget about the most promising 2020 presidential bid of all: 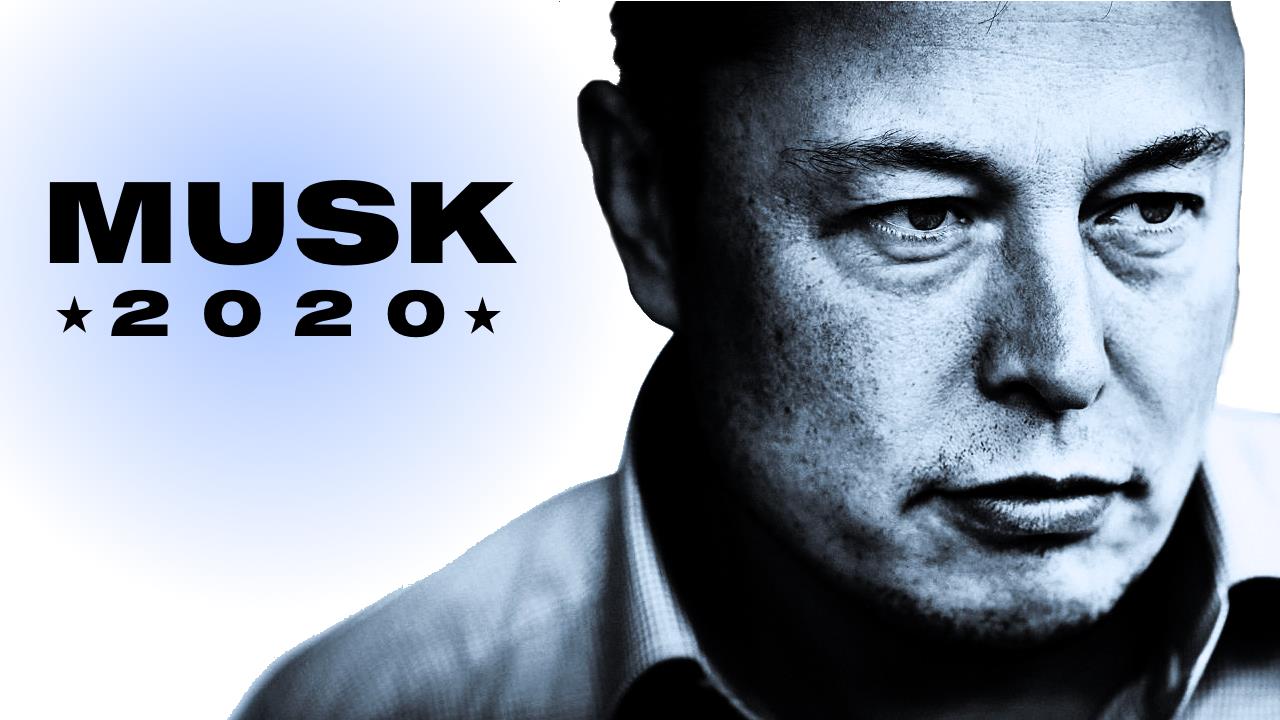 Not going to happen and quite frankly I hope it does not. Musk is doing just find with Tesla and SpaceX.

It's just a joke. He couldn't run if he wanted to. And I mean, he literally couldn't run, because he was born in South Africa.

the brands won't implode. This is the GOPs second coming of Regan. A charasmatic celebrity with the ability to push through all their agenda points and undo the work of others (provided by the GOP dominance over all branches of the government). Their ability to project and deflect when things don't work the way they want, will be aimed at other countries. This will be the GOPs new golden age to refer back to in future times of struggle... even if it's the worst time in the next 100 year, the bad stuff will be the fault of others, but there will be plenty of glorious GOP-ness.

And likewise the democratic party will get off of the knowledge that the mechanations of the GOP and Assange ect cost them their ability to save us from trump, but now they fancy themselves underdogs. They will build their quest to conquer the dragon, and they will rally around the victories all the way through until their next big win where they will be the triumphantly returned... blah blah blah.

this is better for both brands than any back and fourth presidential election ever could be.

I think this is the end of the Democrats. We will see a massive split between bernie supporters and hillary supporters. Democrats will not have any ability to compete with Trump and will lose the 2020 election to Trump once more. Congress might change, maybe the House or Senate will go towards Democrats but you will not see a massive resurgence of Democrats in politics anytime in the near future. Truth is, a few months from now, nobody on here will care and will go about their lives. All the people upset will lose interest entirely and t he cycle of apathy among voters will continue.

They want the Obamas back. After Donald Trump’s shock win over Hillary Clinton in the 2016 presidential election on Tuesday, November 8, some people are already urging Michelle Obama to run for president in 2020.

The current first lady, 52, has become one of the most beloved political figures in recent history during her husband Barack Obama’s eight years in the White House.

Michelle was pretty much the coolest first lady ever, whether she was belting out tunes with James Corden for his Carpool Karaoke, advocating for and inspiring women, or just being a mom to her daughters, Malia, 18, and Sasha, 15. She worked tirelessly to combat childhood obesity, help military families and further education for all. Not to mention she’s become a style icon who shows up to every engagement looking classy and chic.

Soon after the election results, dismayed social media users began calling on Michelle to run for president in 2020 with the hashtag #michelle2020. “It’s not too early to start the Michelle Obama 2020 campaign is it? #MichelleObama #Michelle2020,” one tweeter wrote. Another pointed out that if she became POTUS it would be extra historic. “On a good note now Michelle Obama can attempt to break two glass ceilings as the first black female president #Michelle2020,” one person posted.

Not sure I can get excited about backing some one because they have "become a style icon."

Also, Michele has a far different style the Bernie Sanders. Still, she is very popular. I think part of that is that she has not been a candidate.  Playing the role of a politician might tarnish her image.