34 replies to this topic


"The first known literature in the Cornish tongue..." was written in 1400 A.D. My source for this is the Concise History of the World  edited by Neil Kagan.

Here is an old thread that is very much in the spirit of the thread you are reading:

To the sense of fulfilment one experiences upon contemplating nature in its purest splendor, Edward O. Wilson gives the name biophilia. Biophilia, the experience of transcendence, Wilson believes is rooted in the human mind.  It is triggered, he wrote in 1984, by experiencing what seems a return to origins.

(Wikipedia) Hauntology (a portmanteau of haunting and ontology[1]) is a philosophical concept referring to the return or persistence of elements from the past, as in the manner of a ghost. The term was coined by French philosopher Jacques Derrida in his 1993 book Spectres of Marx. It has since been invoked in fields such as visual arts, philosophy, electronic music, politics, fiction and literary criticism.[2]

Derrida used the term to refer to the atemporal nature of Marxism and its tendency to "'haunt Western society from beyond the grave.'"[3] The concept describes a situation of temporal and ontological disjunction in which presence is replaced by a deferred non-origin.[2] The concept is derived from his deconstructive method, in which any attempt to locate the origin of identity or history must inevitably find itself dependent on an always-already existing set of linguistic conditions.[4] Despite being the central focus of Spectres of Marx, the word hauntology appears only three times in the book, and there is little consistency in how other writers define the term.[5]

In the 2000s, the term was taken up by critics in reference to paradoxes found in late modernity, particularly contemporary culture's persistent recycling of retro aesthetics and incapacity to escape old social forms.[4] Writers such as Mark Fisher and Simon Reynolds used the term to describe a 2000s musical genre preoccupied with this temporal disjunction and the nostalgia for "lost futures".[3]

...the poet is the Namer, or Language-maker, naming things sometimes after their appearance, sometimes after their essence, and giving to every one its own name and not another's, thereby rejoicing the intellect, which delights the detachment or boundary.  The poet made all the words, and therefore language is the archives of history, and if we must say it, a sort of tomb of the muses.  For though the origin of most of our words is forgotten, each word was at first a stroke of genius, and obtained currency, because for the moment it symbolized the world to the first speaker and to the hearer.  the etymologist finds the deadest word to have been once a brilliant picture. Language is fossil poetry. As the limestone of the continent consists of infinite masses of the shells of animalcules, so language is made up of images, or tropes, which now, in their secondary use, have long ceased to remind us of their poetic origin. But the poet names the thing because he sees it, or comes one step nearer to it than any other.

(The Conversation) In 1377, the seaport in Ragusa, modern day Dubrovnik, issued a “trentina” – derived from the Italian word for 30 (trenta). Ships traveling from areas with high rates of plague were required to stay offshore for 30 days before docking. Anyone onboard who was healthy at the end of the waiting period was presumed unlikely to spread the infection and allowed onshore.

Thirty was eventually extended to 40 days, giving rise to the term quarantine, from the Italian word for 40 (quaranta). It was in Ragusa that the first law to enforce the act of quarantine was implemented.

Over time, variations in the nature and regulation of quarantine emerged. Port officials asked travelers to certify they hadn’t been to areas with severe disease outbreaks, before allowing them to enter. In the 19th century, quarantine was abused for political and economic reasons, leading to the call for international conferences to standardize quarantine practices. Cholera epidemics throughout the early 19th century made clear the lack of any uniformity of policy.

In ancient Greece, crises were "moments of truth when the significance of men and events were brought to light."  Another meaning was the "turning point" of an illness "in which it is decided whether or not the (individual) organisms' self-healing powers are sufficient for recovery.

In a footnote to this passage, the author James O'Connor expands upon this point:

...crises "occur in diseases whenever the disease increases in intensity or goes away or changes into another disease or ends altogether."  In Melvin Rader's words, "Hippocrates introduced the term 'crisis" to characterize the turning point in a disease when death or recovery hangs in the balance."

The name "influenza" originated in the 15th century in Italy, from an epidemic attributed to the "influence of the stars", which, according to Ginctrac, raged across Europe and perhaps in Asia and Africa.

Socialism, n. A social state in which there is a community of property among all the citizens; a new term for Agrarianism.  (See Communism).

This definition is discussed in Daniel Bell's 1967 edition (third printing)  of  Marxian Socialism in the United States, page 18.

This is a video on How old is written sanskrit? 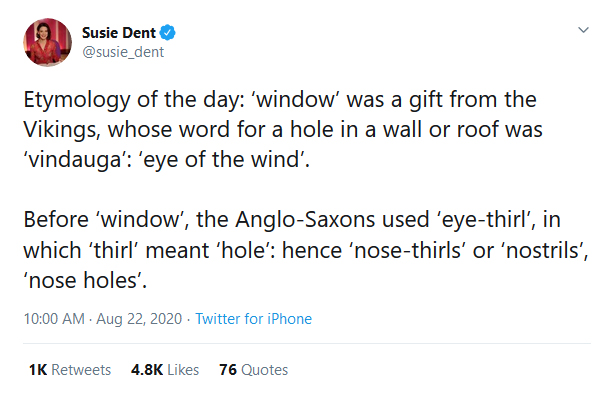 In a short time, tramping harvesters became a familiar sight on country roads. Begging meals, soliciting directions, resting beneath trees and bridges, cutting across fields, they were forever on the move...Most carried a "bindle" or bundle consisting of a heavy blanket tightly rolled in canvas, tied at both ends, and slung over one shoulder by a length of rope.  Packing all of the necessities of life inside these improvised suitcases - a razor, soap, a change of clothes, mirror, some writing paper, pencils, an address book, a Bible - they used bindles as portable beds, unrolling them each night in bunkhouses and barns, and sometimes under the open sky.  Never far from their bindles, they guarded and fought over them, becoming so closely identified with their curious packages that they became known as "bindlemen" and "bindlestiffs."

- Richard Steven Street in Beasts of the Field, page 165 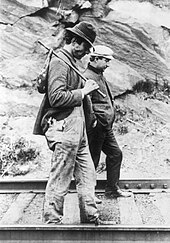 Two hobos walking along railroad tracks, one of whom is carrying a bindle.

Again, off topic from the Mayans (mostly), but building off my earlier comment, I recently discovered that there's some possible links between the Na-Dené languages of North America and the Yeniseian linguistic family of North Asia.

Dené–Yeniseian is a proposed language family consisting of the Yeniseian languages of central Siberia and the Na-Dené languages of northwestern North America.
Reception among experts has been largely, though not universally, favorable; thus, Dené–Yeniseian has been called "the first demonstration of a genealogical link between Old World and New World language families that meets the standards of traditional comparative-historical linguistics" besides the Eskimo–Aleut languages spoken in far eastern Siberia and North America

Notably, the Navajo of the American southwest are speakers of a Na-Dené language, meaning that there was (and, technically, still is) some prehistoric linguistic spread from central Russia all the way to around Mexico.

(Wikipedia) Otherkin" as an adjective was defined in the Middle English Dictionary (1981) as "a different or an additional kind of, other kinds of".

The earliest recorded use of the term otherkin, in the context of a subculture, appeared in July 1990 and the variant otherkind was reported as early as April 1990.[1] The word "otherkind" was initially coined from the word "elfinkind", to refer to non-elf others who joined the communities

In 1529 at a Speyer Reichstag, a Catholic bloc voted to rescind toleration of Lutheranism, which had been granted three years earlier.  The protesting minority were called Protestants. The term is introduced here because even at the outset of the Reformation not all Protestants were Lutherans.

- William Manchester in A World Lit Only by Fire, in a footnote on page 175.

Also tagged with one or more of these keywords: History of Language, Sumeria, Egypt, China, Mesoamerica, Archaeology, Linguistics