21 replies to this topic

Self-isolation gives one a lot of time for reading. Today I've read the long article about so-called Volga-Ural culture that gave the mixed feeling of pride and sadness.

There was the advanced Bronze Age society that flourished exactly in my region, the society that invented and used the war chariots in 22-20 centuries BC, for few centuries before Middle East, the society of skilled metal workers already building the proto urban settlements (South Urals is known as "land of cities" in Russian archaeology). The society that was just one step from evolving into full scale ancient civilization similar to Mycenian Greece.

But this last step was never made. The land they lived in was more favorable to pastoralism than to farming. Eventually, most of them evolved into nomads. They didn't forget their high technologies of metal working, but in other regards they regressed and their early cities were abandoned.

The sad fact is that from the contemporary person's point of view, this wasn't regress at all: judging by the burials, their new nomadic life became more peaceful (less weapon and more everyday's stuff in graves) and more egalitarian (no more difference between rich and poor graves). But their chance to build a civilization was missed and their "land of cities" became an example of "what could have been if...". Even their very name is unknown.

Interesting infografics found in twitter. The growing secularism in Arab world. Morroco and Egypt are especially impressive: the number of non-religious people have grown by 3-4 times within less than decade.

The only exception was Yemen where secular-minded population declined from 11,7 to 4,8 percent. Was it the result of war? Other hand, in Libya even the endless civil war was unable to stop the victorius march of secularism: 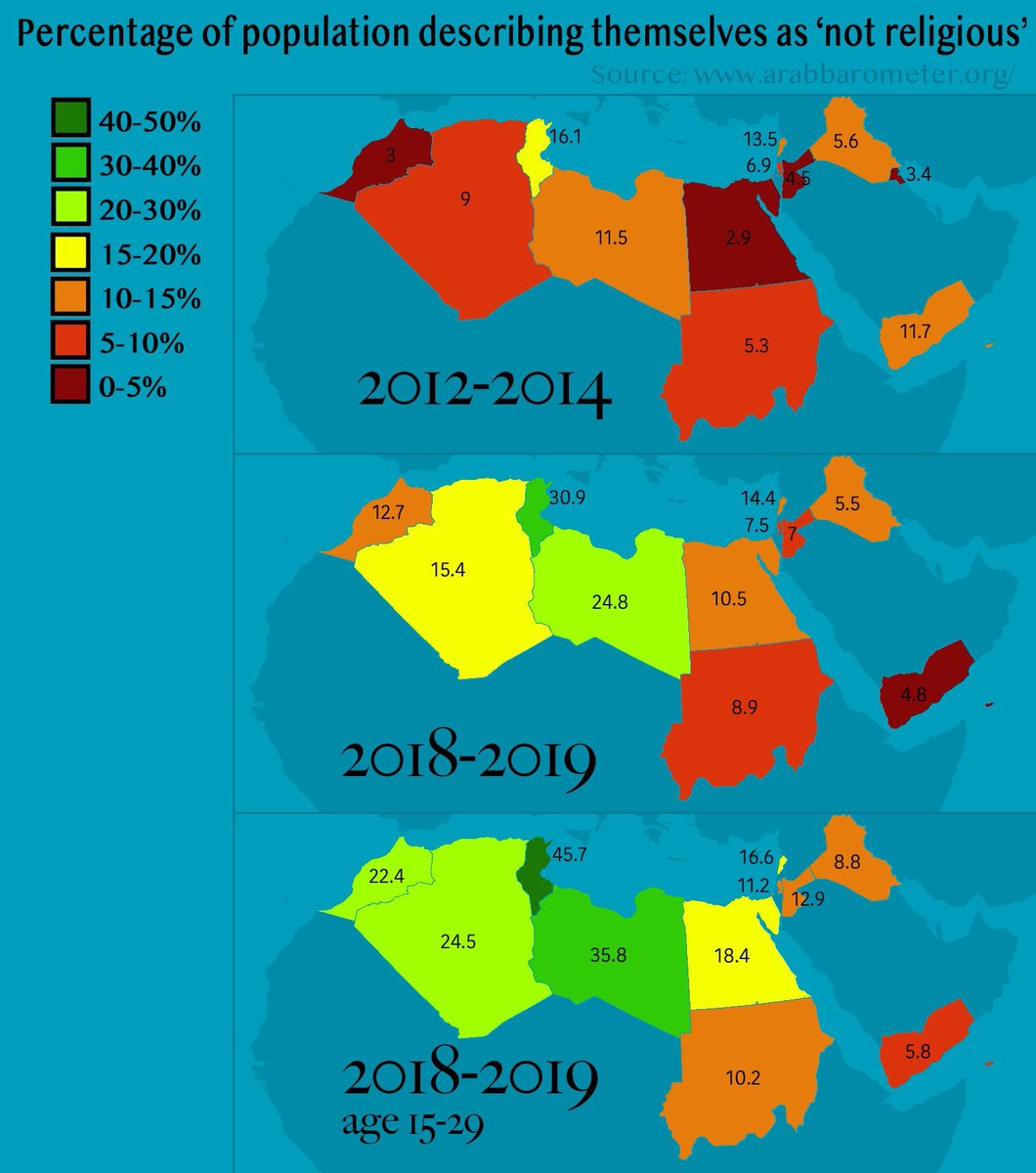 Did secularism in Libya become significantly stronger as a result of the civil war there over the last several years?