The forum is so bloated with threads, it's hard for me to tell if a TV thread exists (I did a search and didn't find anything). So, I thought I'd start one.

And I want to mention a TV series from this past year that I have been watching: Doom Patrol:

I'm not even sure it's on regular TV. I have purchased episodes from Google Play. It reminds me a lot of Legion:

Major stars include Brendan Fraser and Timothy Dalton. Fraser, I read, had a hard time getting acting gigs for the last couple years, perhaps due to type-casting. I never was a fan of his work. I think the robot voice (his voice, but slightly altered) and the slightly dopey robot body with glowing orange eyes, add to the comedic mien of his character. It wouldn't have worked with his original voice and pudgy human form.

Timothy Dalton... I haven't heard much out of him in forever. He looks good for his age, at 73; another reassuring sign that one can be over 70 and still look good. And, if anything, growing a lot older has improved the gravitas of his acting. (I didn't really remember him that well from the James Bond movies -- he didn't leave a strong impression.)

Not sure how many FT'ers are old enough to remember, but this show was absolutely HUGE back in the late 80s/early 90s.

It was utterly ridiculing for politicians at the time.

I am soooooooo glad it's returning.

Look who's back: Spitting Image returns for our chaotic times

There was a time during its 1980s heyday when Spitting Image was watched by 15 million people each week, when it seemed as central to British political life as Margaret Thatcher’s handbag. But by the time the programme was cancelled after more than a decade, its audiences had slumped, its brand of caustic puppetry deemed dated and out of step with the national mood.

There is nothing like a global political crisis, however, to prod a satirist out of semi-retirement. Twenty-three years after it was last broadcast, Roger Law, one of the co-creators of the groundbreaking comedy, has confirmed that Spitting Image is set to return to television screens – featuring an S&M-clad Vladimir Putin, Meghan Markle wearing a glittery “princess” T-shirt and a puppet of Donald Trump whose tweets are composed by his anus.

A pilot for a new incarnation of Spitting Image has already been filmed, Law confirmed to the Guardian, and its producers are in advanced discussions with US-based networks to bring this very British brand of satire to the wider world.

After years of hopes, hints and denials, he wanted to resurrect the programme back as a “public service satire” in response to the state of the political culture, he told the Guardian, making clear he has lost none of his antiestablishment fire. “It’s pretty chaotic out there. As far as I’m concerned, it’s better than shouting at the television set, isn’t it? So I thought, let’s give it a go.” 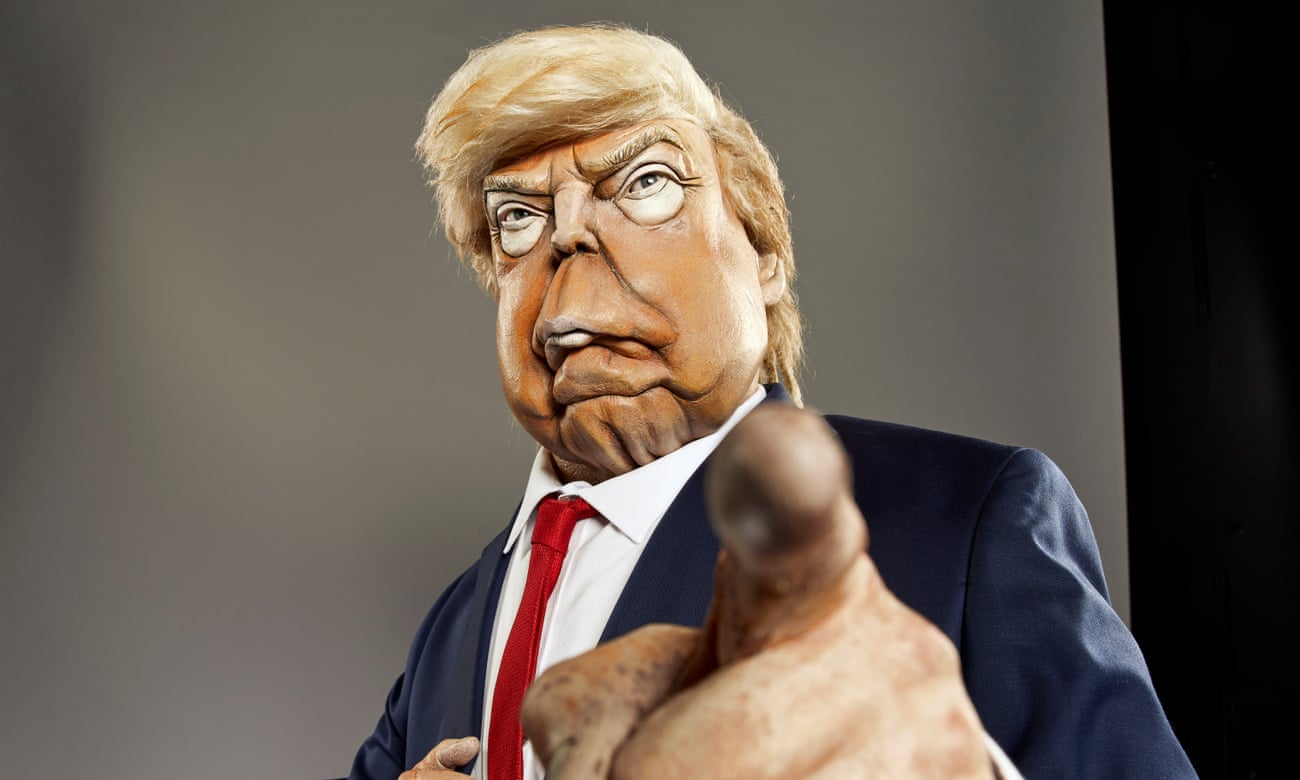 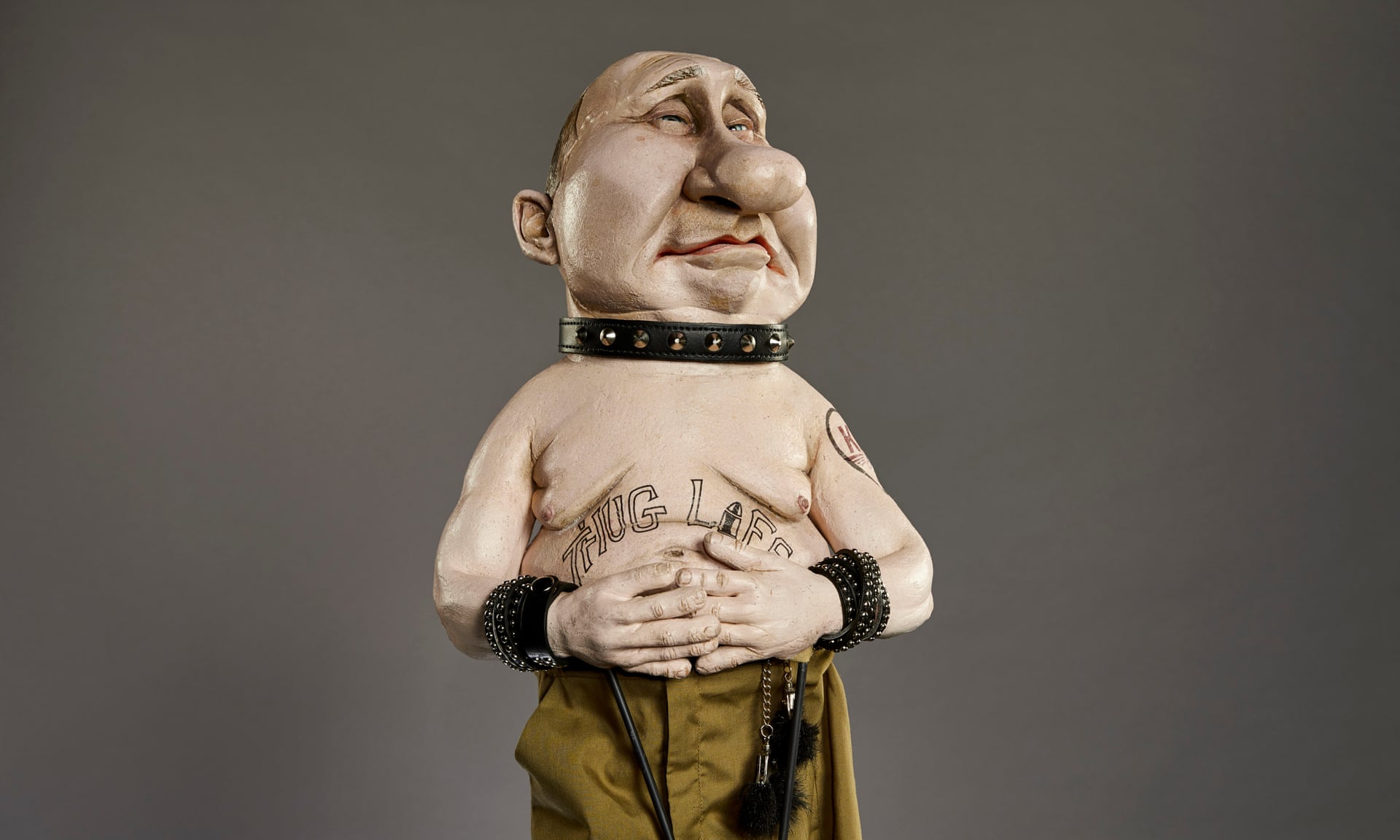 ^ This great clip (from the original show) was posted on r/UK:

Believe it or not I know spitting image! Learned about it from some online British gaming friends years ago. They're my age so the legacy must have lived on! Not a political show but Red Dwarf is great too.

I have been watching the TV series Emergence:

It's really good! It starts off looking like an "alien invasion" series, but quickly becomes more like the TV series Surface. Remember that one?:

The guy they got to play the Leland character is perfect. He's exactly the kind of guy you could see being a glassy-eyed sexual predator or something -- just very creepy. But he meant to be the embodiment of a more general type of evil -- or all evil.

I watched an episode of Swamp Thing -- the new DC Comics TV series -- the other day:

Not bad, but I don't see why the fan ratings on IMDB are so high. Maybe it's because the first batch of people who saw it did so through the DC comics streaming service, which means that the audience is likely mostly big fans of DC comics material. Regular cable TV channels can't compete for IMDB ratings, as each show is judged by a more diverse audience (that includes people taking a skeptical stance).

I've also been watching Castle Rock, season 2 on Hulu. It's so, so good! It's like the best TV horror series I've seen in since forever. And wonderful dark aesthetics.

I've been watching Netflix's series Mindhunter -- there are two seasons.  It's about FBI agents who profile serial killers to figure out what makes them tick, and based on real agents and real killers; and along the way they use what they have learned to help solve cases.  I'm skeptical of general theories of human behavior, but can believe the existence of correlations and loose patterns.  A friend of mine once convinced me to take a more skeptical attitude,  after trashing the science behind Silence of the Lambs.

Anyways, I normally don't go for this type of TV series -- I'm more into scifi / fantasy / horror -- but it's so very well made, and so gripping.  The actors they got to play the serial killers like Manson and Kemper give masterful performances.  The dialog is very sharp; the music is minimalist, eerie, and perfect for each scene; the cinematography is phenomenal.  It reminds me very much of HBO's True Detective -- and I'm sure that's not a coincidence, as the creators of the series probably modeled it after True Detective.

I finished the second season.  The Wayne Williams character was mesmerizing!:

The concept of superhumans existing in a mundane reality will never not be fascinating to me.