Today I Learned (TIL)

45 replies to this topic

A thread for new knowledge you gained today.

I always had a vague idea that different grades of coal existed, but I wasn't really aware of the actual types.

What are the types of coal?
There are four major types (or “ranks”) of coal. Rank refers to steps in a slow, natural process called “coalification,” during which buried plant matter changes into an ever denser, drier, more carbon rich, and harder material. The four ranks are:
Also, there is peat. Peat is not actually coal, but rather the precursor to coal. Peat is a soft organic material consisting of partly decayed plant and, in some cases, deposited mineral matter. When peat is placed under high pressure and heat, it becomes coal.

I've found little clumps of bituminous coal in the woods behind my old house before. There used to be a coal mine down the street from me. After the mine closed they sealed the entrance and built a pond overtop. Coal is a funny rock. You don't expect it to be as messy as it is. I don't know if anthracite is like this but the coal I found had my hands dusted with coal dust after only handling it for a few minutes.

Very strange that this isn't common knowledge across the pond.  In the U.S. a large percent of the population knows about the different types of coal -- well, they have heard the names "bituminous" and "anthracite" several times, at least.

TIL Brazil is auctioning off their only fixed wing aircraft carrier starting at $1.25 million

What is M.2? PCIe SSDs Explained.

TIL there is only one person registered as a "Rectal Teaching Assistant" in the UK, traveling the country offering his anus to be examined by trainee doctors. He has since lost his job to a robot anus.

It's a cold fact (no pun intended) that most people who signed up for cryonics are not going to be resurrected, and the biggest reason why isn't even because of tech issues.
TIL that as of 2018 most of the early cryonics companies that froze dead bodies for future revival had gone out of business, and their stored corpses have been thawed and disposed of.

Here's a fascinating one:

TIL that a calendar system for Mars has already bean devised for potential future settlement. The calendar contains 24 months of 27 or 28 days each, named after Latin and Sanskrit constellation names.

The year is divided into 24 months. The first 5 months in each quarter have 28 sols. The final month has only 27 sols unless it is the final month of a leap year when it contains the leap sol as its final sol.

The calendar maintains a seven-sol week, but the week is restarted from its first sol at the start of each month. If a month has 27 sols, this causes the final sol of the week to be omitted. This is partly for tidiness. It can also be rationalised as making the average length of the Martian week close to the average length of the Terrestrial week, although it must be remembered that 28 Earth days is roughly equal to ​27 1⁄4 Martian sols and not ​27 5⁄6 Martian sols.

It's not official, however, and there are many problems with it. For one, since several months only have 27 days, that means you lose a Saturday ever so often.

The last day of Vrishika is an intercalary day that only occurs on leap years, much like February 29 in the Gregorian calendar.

Finally, one of the months is named "Cancer." I mean, I know why it's named Cancer, but you're just asking for the jokes.

In 1993, MacKenzie Tuttle married Jeff Bezos, who later became the founder and CEO of Amazon, making them the richest couple in the world. They announced their intent to divorce in January 2019. In April 2019, she announced on Twitter that she had reached a $35 billion divorce settlement, making her the fifteenth richest person in the world. In May 2019, MacKenzie Bezos signed on the Giving Pledge initiative to donate at least half of her wealth to charitable causes.

Everything in this thread is amazing:

Everything in this thread is amazing:

I liked this one:

"If you could create a sound that measured 1100 decibels you’d create a black hole whose event horizon would exceed the diameter of the galaxy."

TIL The Only Voice Recording From A Person Born In The 18th Century Was Prussian General Helmuth von Moltke, The Elder

A quasi-star (also called black hole star) is a hypothetical type of extremely massive star that may have existed very early in the history of the Universe. Unlike modern stars, which are powered by nuclear fusion in their cores, a quasi-star's energy would come from material falling into a central black hole.

A quasi-star is predicted to have formed when the core of a large protostar collapses into a black hole during its formation and the outer layers of the star are massive enough to absorb the resulting burst of energy without being blown away (as they are with modern supernovae). Such a star would have to be at least 1,000 solar masses (2.0×1033 kg).[1] These stars may have also been formed by dark matter halos drawing in enormous amounts of gas via gravity, in the early universe, which can produce supermassive stars with tens of thousands of solar masses.[2][3] Stars this large could only form early in the history of the Universe before the hydrogen and helium were contaminated by heavier elements; thus, they may have been very massive Population III stars.

Once the black hole had formed at the core of the protostar, it would continue generating a large amount of radiant energy from the infall of additional stellar material. This energy would counteract the force of the gravity, creating an equilibrium similar to the one that supports modern fusion-based stars.[4] A quasi-star is predicted to have had a maximum lifespan of about 7 million years,[5] after which the core black hole would have grown to about 1,000–10,000 solar masses (2×1033–2×1034 kg).[1][4] These intermediate-mass black holes have been suggested as the origin of the modern era's supermassive black holes. Quasi-stars are predicted to have surface temperatures limited to about 4,000 K (3,730 °C),[4] but, with diameters of approximately 10 billion kilometres (66.85 au) or 7,187 times that of the Sun, each one would produce as much light as a small galaxy. 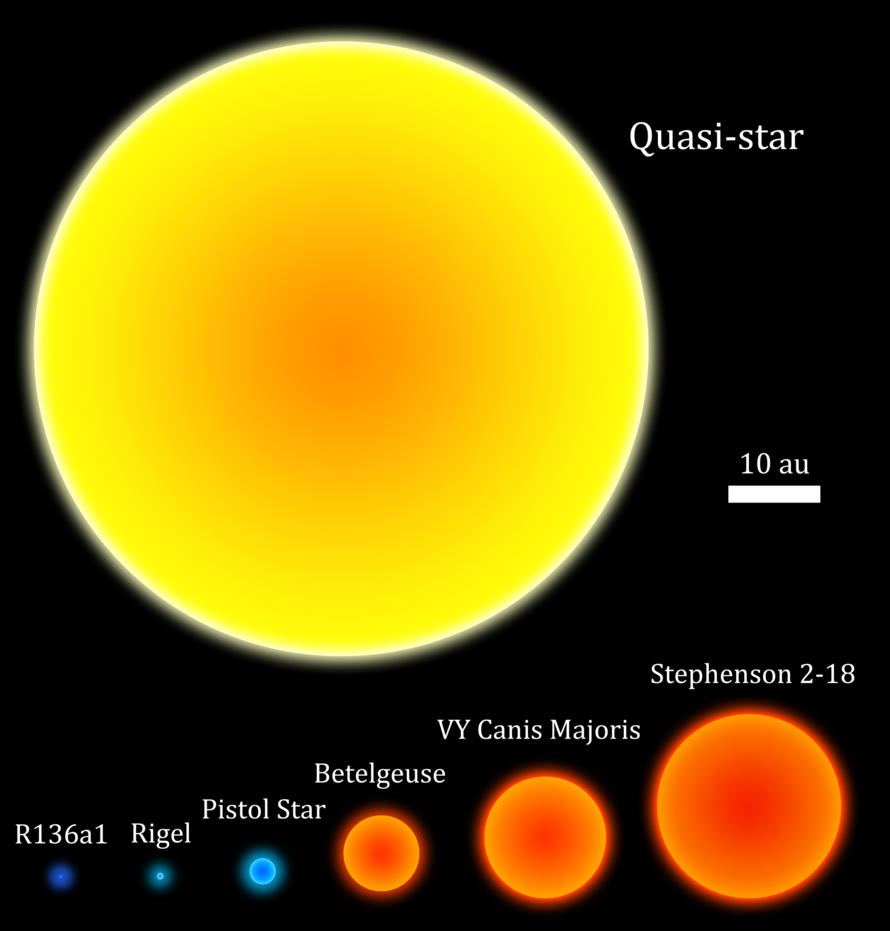 I kind of knew about L3 cache already, but this was a good and clear explanation:

TIL until 1929, less than 100 years ago, man didn't know there were other galaxies outside of the Milky Way. Edwin Hubble and his "computer", a woman named Henrietta Leavitt calculated stars called cepheids could accurately measure long distances, proving the Andromeda "nebula" was a separate galaxy

I mean, I knew that long before today. But what was more interesting was the reaction to it 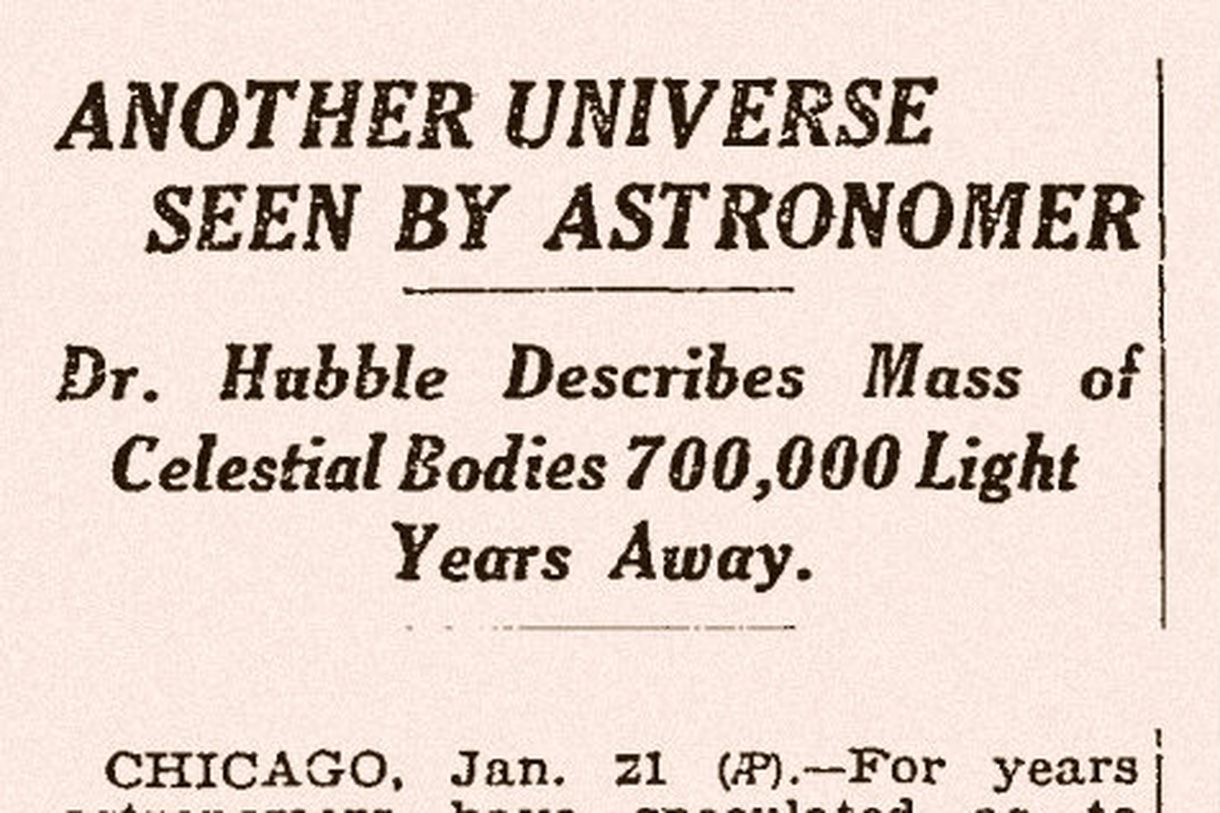 The light from V1 made it clear: Andromeda was well outside the bounds of the Milky Way. When Shapley received a letter about Hubble’s results, he reportedly said, “Here is the letter that has destroyed my universe.”

Destroyed it, yes. But its shattering also made it larger. The Milky Way was no longer the entire universe. It was more like one tiny grain of sand on a beach; a ballet with an untold number of dancers.
Hubble announced his findings exactly 92 years ago today, and presented the results soon after in a January 1925 at a meeting of the American Astronomical Society. And they shocked the world.

They didn't even have a concept of an individual galaxy within the universe. To them, Dr. Hubble discovered a new universe.

Imagine if, when the JWST goes up, it discovers some evidence of a separate universe from ours, except it's not exactly "separate" entirely but instead some other massive cluster of matter & dark matter separated by a vast void where, at some point, our 'universe' ends and another begins.

That's what happened to human understanding of the universe 90 years ago.

I can't comprehend it personally, since we now always define the universe as possibly infinite and have ideas of multiverses. I can't imagine living from the 1880s to 1940s neither. Just your whole conception of everything changing dramatically with every year.

TIL that Notre-Dame cathedral features a carving of a knight fleeing from a rabbit, symbolizing cowardice. This carving inspired the Rabbit of Caerbannog scene in Month Python and the Holy Grail. 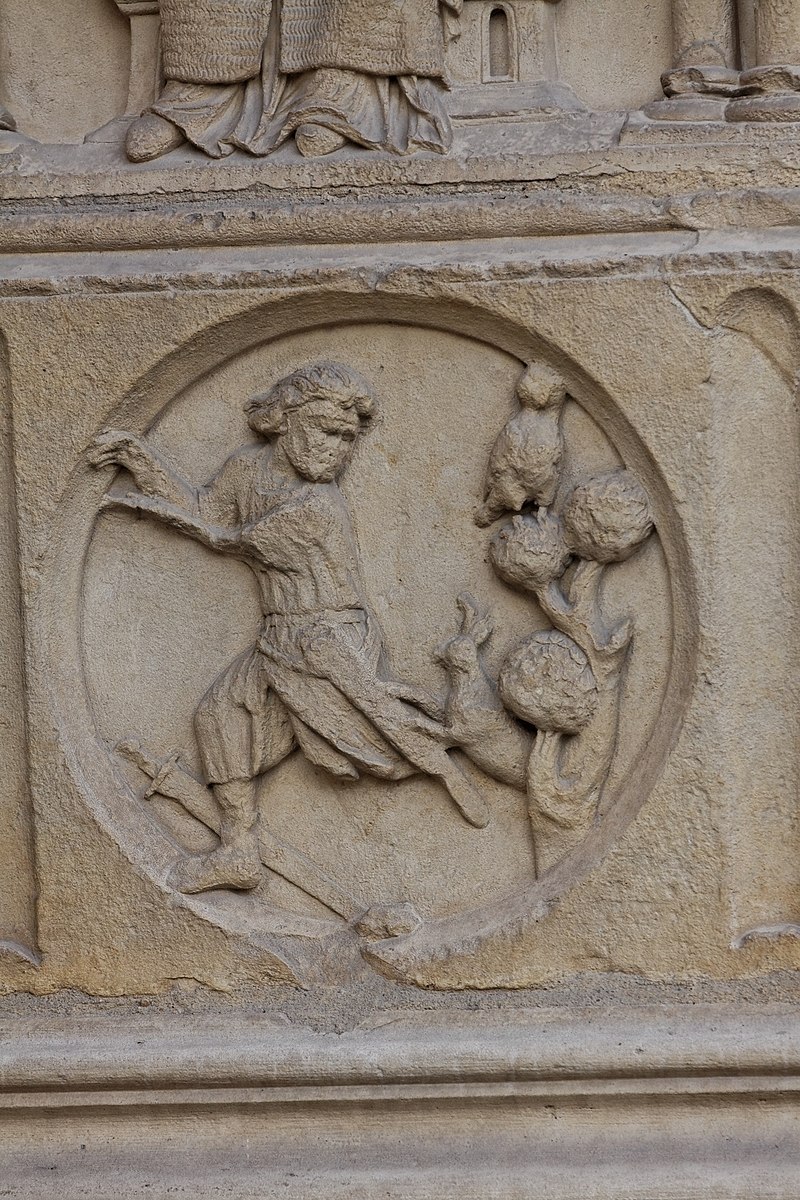 TIL Mariah Carey "dissed" Eminem in this song:

Especially near the end.

"Eroom's law is the observation that drug discovery is becoming slower and more expensive over time, despite improvements in technology (such as high-throughput screening, biotechnology, combinatorial chemistry, and computational drug design), a trend first observed in the 1980s. The cost of developing a new drug roughly doubles every nine years (inflation-adjusted). In order to highlight the contrast with the exponential advancements of other forms of technology (such as transistors) over time, the law was deliberately spelled as Moore's law spelled backwards."

Also tagged with one or more of these keywords: learning, education, knowledge, facts, science, TIL