987 replies to this topic

This is already widely occurring in the telecommunications sector which I work in. Iphones are in extreme short supply most carriers and vendors will not sell them in bulk at the moment to businesses. We have also had several meetings with our company for how it will respond to the pandemic should their be in outbreak here. Luckily my company has widespread capabilities to have everyone work from home if need be, and has been investing in this kind of thing for years as it tries to meet government requirements for federal industries to enable work-from-home where reasonable.

Coronavirus has spread to sub-Saharan Africa for the first time as stock market losses around the world deepened amid investor alarm over a potential global pandemic.

Nigeria’s health minister, Osagie Ehanire, said the first case in the region was an Italian citizen who worked in Nigeria and had returned from Italy to Lagos on 25 February. “The patient is clinically stable, with no serious symptoms, and is being managed at the Infectious Disease Hospital in Yaba, Lagos,” Ehanire said.
The case is just the third on the African continent, something that has puzzled health specialists given the continent’s close ties China. The WHO said Africa’s “fragile health systems” also meant the threat posed by the virus “is considerable”.
Egypt had the first case of Covid-19 in Africa, announced on 14 February. Algeria declared it had a case on Tuesday, an Italian adult who arrived in the country on 17 February. That prompted the WHO’s regional director for Africa, Dr Matshidiso Moeti, to warn that the “window of opportunity the continent has had to prepare for coronavirus disease is closing.”

That's it, game over. I've been saying this from the start, but this is going to be so much worse than your regular flu. All the people pretending otherwise are either delusional, arrogant, or scared. I'm confident that not only is this virus unstoppable, but that it's already ubiquitous, and chances are most of us already have it. I mean the incubation period can be up to almost a month, and even asymptomatic people are infectious. Couple this with the sheer amount of travel between regions, and there is no way this virus has not gained a foothold in nearly every major city on this planet.

Ah, but let's not forget that "tHe mOrtaLiTy rAtE iS oNlY 2%". If only those who cling to this number realized that 2% of 7.8 billion is still 15.6 million people. Nevermind the number hospitalized, or the number of businesses shut, or supply chains collapsed. We're going to feel this big time, and it's going to get bad very fast.

My company is now discussing a contingency plan for closing the office and having everyone work remotely at home.

More turmoil on the markets this morning. FTSE100 has lost 10% of its value this week.

I work minimum wage in shitty conditions and clean up the mess of thousands daily including toilets and food in a major city.

I may quit my job as I will certainly get the virus and surviving until the Singularity Trump's everything priority wise for me.

Three more cases of the coronavirus have been confirmed in the UK, including the first one in Wales. This brings the total number of cases in the UK to 19.

Swiss government bans large events on back of coronavirus crisis
Fri 28 Feb 2020 10.03 GMT
The Swiss government has banned large events of more than 1,000 people as a measure to help combat the spread of the coronavirus, a move expected to force the cancellation of the Geneva international motor show.
The annual show is one of the world’s largest automotive events and last year attracted as many as 600,000 executives and car fans to the city. It was due to take place from 2-15 March.
“In view of the current situation and the spread of the coronavirus, the Federal Council has categorised the situation in Switzerland as ‘special’ in terms of the Epidemics Act,” the cabinet said in a statement on Friday.
https://www.theguard...onavirus-crisis 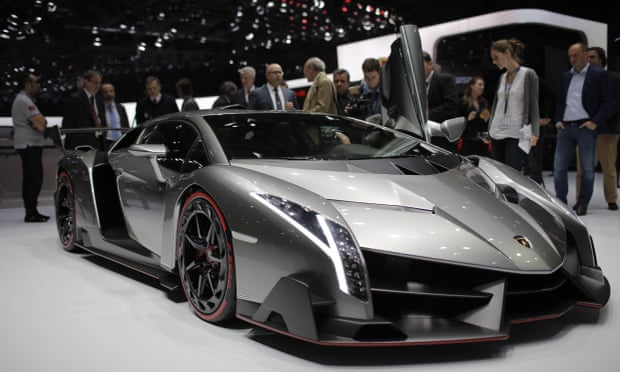 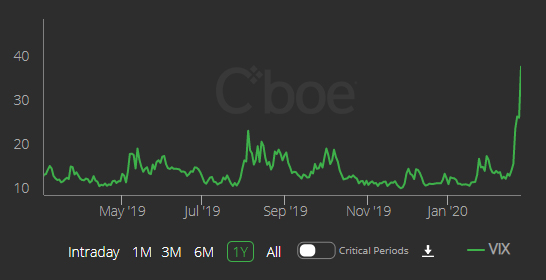 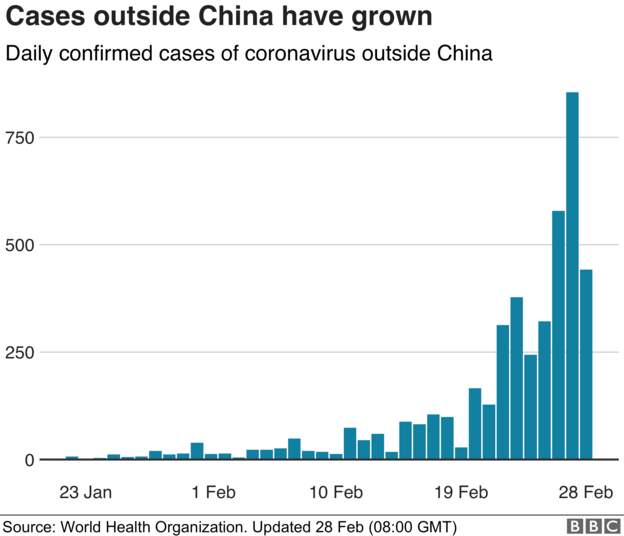