The US has hundreds of tactical nukes in case it can't rely on its navy to score decisive victories against China's navy. Yes, it will be a political suicide on the world stage to use them in the battlefield, but if the US calculates that there is a significant risk the war will lead to the eventual destruction within its national borders, it will use them. It may go as far to be diplomatic in informing the Chinese and the world in advance it will use non-strategic low-yield nukes only on the Chinese forces outside of China. I guess their use mostly depends on the sensibility of the Commander-in-Chief. Doubt it will happen under President Trump as we all know he's coward when it comes to following through with his threats, but with the next President, who knows.

A Chinese nuclear missile would be a cheap way to destroy one of our carrier battle groups.

China is beginning to stretch its legs with its blue water navy. There's a lot to be said about the hardware side of things--their navy is around 70% modern at this point with hulls being built after 2010. It will be fully modernised by 2035 given current shipbuilding capacity & plans, which they have the resources and political motivation to execute on. The qualitative edge the U.S. enjoys will be moot from 2035 onwards.

However I'm more interested at the moment in their geostrategic positioning. China currently imports upwards of 70% of their oil and more than 44% of their gas. By 2030 it'll be 80% of oil imported and 46% of gas. Of this, about 80% of china's energy transits the Malacca strait, which Hu Jintao called "the Malacca Dilemma". The necessity of securing the Malacca strait and China's access to the Bay of Bengal & greater Indian Ocean is behind their push into Myanmar, Bangladesh, Sri Lanka, and of course Pakistan.

Most people have heard about Hambantota port in Sri Lanka but imo not enough attention is directed at China's relationship with Mynamar. The Chinese economic corridor stretches from the China border to Myanmar's coast in the Bay of Bengal, terminating at the coastal cities of Kyaukpyu and Yangon (a new coastal city is also to be built as part of OBOR with Chinese financing). China has pledged more than a billion dollars to the construction of a deep water port, and in case some people aren't aware, China's foreign commercial ports are required by CCP law to be engineered for berthing PLAN ships. Take this into consideration when people, who are less familiar with the situation, say China's only foreign base is in Djibouti. 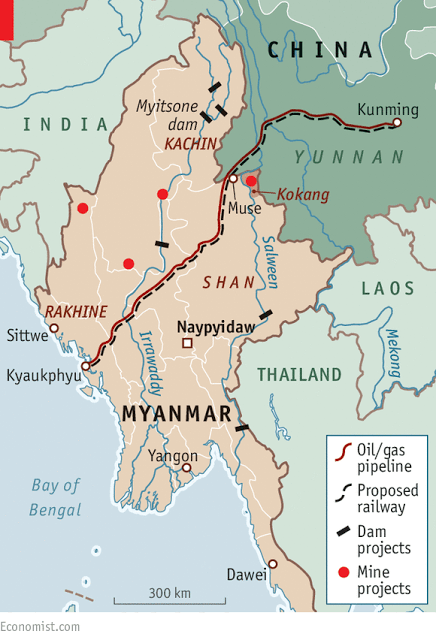 The same is true for China's relationship with Cambodia where Chinese state corporations, using favourable CCP financing terms, have dedicated $8B since 2016. This has culminated in the "private" ownership by Chinese state firms of 20% of Cambodia's coastline and now the construction of the Sihanoukville airbase that places most or all of Vietnam within striking distance from the west (Cambodia) as well as the east (Spratly & Paracel Islands). China is selling Thailand the Type 039A submarines, which means Thai ports and sustainment infrastructure will be capable of hosting China's own subs in the future. With Cambodia, Laos, and Myanmar in China's camp, China has strategic control over much of the Malay peninsula and unfettered access by land to both sides of the Malacca strait. Interestingly, China's Map of National Humiliation sees the entirety of the Malay Peninsula (including Malaysia and Singapore) as the southern tip of China's territory. Singapore in 30 years may be confronted with the same dilemma Taiwan is facing today.

Pakistan's economic, infrastructure, and strategic partnering is the same as for Myanmar and Cambodia but 10x the size. It's received pledges for $60B for the China Pakistan Economic Corridor that again gives China a land route into the Arabian Sea and then on to the Indian Ocean proper, plus completing the encirclement of India via the Bangladesh-Sri Lanka-Pakistan string of pearls. 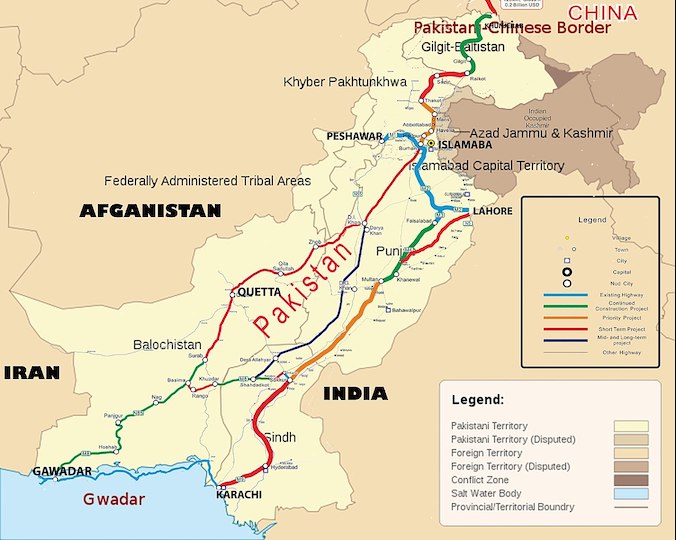 China is also the financier and builder of ports in Kenya, Tanzania, and Mozambique (again, Chinese foreign ports are mandated to also serve as naval ports by design). All of this together means China has encircled the Indian ocean with military or dual-use infrastructure. It's like a game of Go. China has systematically flanked its strategically sensitive areas and as OP is discussing, now has the blue water navy capable of enforcing its claims. By 2035 it will likely dominate militarily the South China Sea and Indian Ocean, which is btw the antipode to the continental United States & very costly for the yanks to access. Diego Garcia cannot realistically account for much. 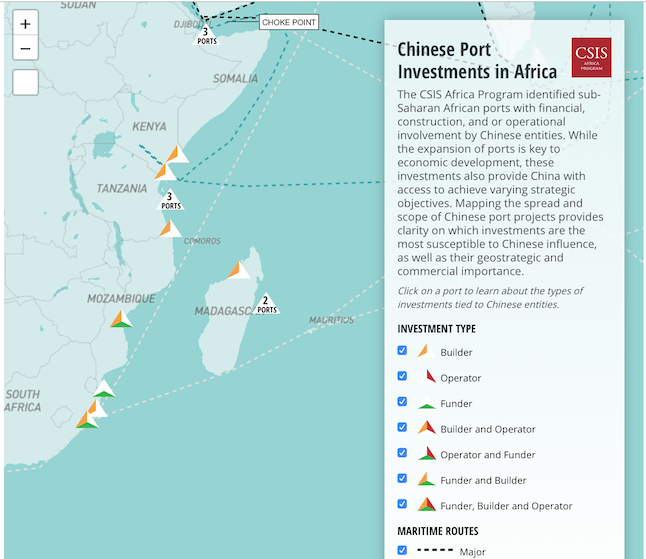 P.s., a few points on the hardware side of things:

- China's H-20 bomber is expected to enter service around 2025, at which point they will have a stealthy penetrating aircraft able to carry standoff weapons to anywhere in the South Pacific.

- China will have at minimum four carriers by the end of the decade and depending on their military calculus, potentially six. The type 003 which began construction in 2018 is to be a CATOBAR configuration for higher sortie rates and heavier load-outs. The PLAN will probably receive two of these and potentially more depending on performance, before moving onto nuclear fuelled carriers later this decade or early next.

- The type 055 destroyer is large enough to carry the flag anywhere in the world. There's criticisms over their dual band radar but that should be ironed out with the Type 055A which will produced sometime in the early 2020's.

China's shipbuilding industry accounted for 36% of global DWT launched in 2017, and has now taken the crown from South Korea as the world's largest shipbuilder. South Korea produced 34% and Japan 20%. The U.S. lags way behind with <1% of global tonnage. For anyone who knows anything about the Emergency Shipbuilding Program in the US in WW2, this should keep you up at night.

China is producing modern surface combatants at twice the rate of the U.S. It even managed to launch a 30,000 DWT landing helicopter dock 5 months after laying down the keel.

The American people seriously need to rally behind their international mission because if they don't the world will turn into Hong Kong bit by bit by bit by bit without resistance.

Here are a few other sources you might find interesting:

A Chinese nuclear missile would be a cheap way to destroy one of our carrier battle groups.

The real question isn't if China would retaliate, but rather if Russia would. China has nukes, but far fewer than you think— even France has more nukes than they do (as far as we publicly know; I've long suspected that the Chinese's true number may already be in the four-digits).

Russia and China are allies, but they have no military pact. The question then is "If the USA were to act against China, say because we were whipped into a nationalistic frenzy over coronavirus conspiracy theories, and this led to us striking Chinese assets in the Pacific and that then leads to China striking back against US carriers and results in the USA using tactical nuclear weaponry, would Russia then decide that this breaks the first-use policy and use nuclear weapons on American bases in Europe?"

The scary thing is I can't say "No, that's crazy."

The US has hundreds of tactical nukes in case it can't rely on its navy to score decisive victories against China's navy. Yes, it will be a political suicide on the world stage to use them in the battlefield, but if the US calculates that there is a significant risk the war will lead to the eventual destruction within its national borders, it will use them. It may go as far to be diplomatic in informing the Chinese and the world in advance it will use non-strategic low-yield nukes only on the Chinese forces outside of China. I guess their use mostly depends on the sensibility of the Commander-in-Chief. Doubt it will happen under President Trump as we all know he's coward when it comes to following through with his threats, but with the next President, who knows.

There are stages of confrontation before nuclear war, you know

/\ This. Also, though I go on anti-nuclear bantz in general on occasion. I think there's much less to be concerned over with the major powers. Though a control group of one, The Cold War, is no control group; wars between major powers are largely economic and by proxy in the modern world. The real concern for me is a limited exchange between Pakistan and India followed by China potentially putting them both down due to the proximity of warhead detonation to their borders. Even if only India and Pakistan had an exchange the environmental, and subsequent human effects would put at least the next 50 years of climate change to shame.

Also tagged with one or more of these keywords: china, military, navy