A thread for general news and discussions relating to the Maya civilisation.

A pretty amazing one to start with...

An enormous 3,000-year-old earthen platform topped with a series of structures, including a 13-foot-high pyramid, has been identified as the oldest and largest monumental construction discovered in the Maya region, according to a paper published today in the journal Nature. It’s the latest discovery to support the emerging view that some of the earliest structures built in the Maya region were significantly larger than those built more than a millennium later during the Classic Maya period (250-900 A.D.), when the empire was at its peak.

The discovery took place in Mexico’s Tabasco State at the site of Aguada Fénix, about 850 miles east of Mexico City. It is in a region known as the Maya lowlands, from which the Maya civilization began to emerge.

In 2017, researchers conducted a LiDAR survey that detected the platform and at least nine causeways leading up to it. The groundbreaking laser technology typically is used from aircraft to “see” structures beneath dense tree canopy below, but in this case it revealed a stunning discovery sitting unnoticed in plain sight in Tabasco’s semi-forested ranch lands for centuries, if not millennia. 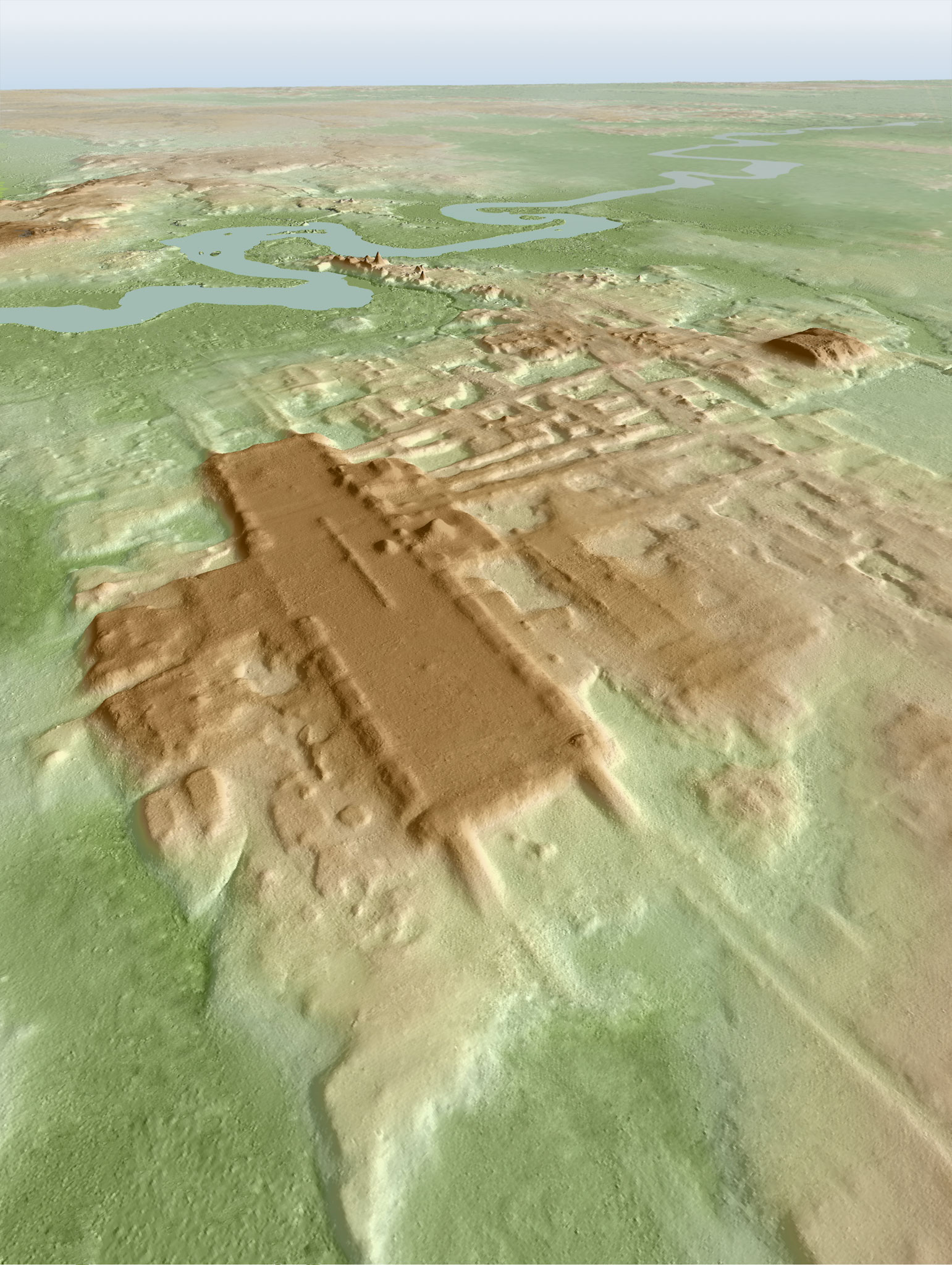 They call it a ceremonial complex but I can't imagine any culture building something that massive without some measure of urbanization, even if it were more spread out urbanization. I imagine the settlements were just smaller and have completely faded away by now but that's pure speculation.

They call it a ceremonial complex but I can't imagine any culture building something that massive without some measure of urbanization, even if it were more spread out urbanization. I imagine the settlements were just smaller and have completely faded away by now but that's pure speculation.

Ancient "ceremonial complex" is not just an analogue of modern cathedral. This is also:

1) Residence of rulers and their servants

2) Warehouse of resources and treasures

The very existence of such buildings is a sign of early class society. And yes, the real builders of these complexes could themselves live in clay huts flocked around.

It's so damn frustrating to know that there's two entire continents' and thousands of years' worth of history just gone that we'll never get back all because some Renaissance-era conquerors were religious zealots.
Not the Maya but the Aztecs— their language actually came from the North American plains. So there was an ethnolinguistic spread from roughly Canada to southern Mexico that we've almost entirely lost track of.

And then there's the entire Mayan tradition of literature

Maya codices
Maya codices (singular codex) are folding books written by the pre-Columbian Maya civilization in Maya hieroglyphic script on Mesoamerican bark paper. The folding books are the products of professional scribes working under the patronage of deities such as the Tonsured Maize God and the Howler Monkey Gods. Most of the codices were destroyed by conquistadors and Catholic priests in the 16th century. The codices have been named for the cities where they eventually settled. The Dresden codex is generally considered the most important of the few that survive.
The paper was made from the inner bark of certain trees, the main being the wild fig tree or amate (Ficus glabrata). This sort of paper was generally known by the word āmatl [ˈaːmat͡ɬ] in Nahuatl, and by the word huun in Mayan. The Maya developed their huun-paper around the 5th century, which is roughly the same time that the codex became predominant over the scroll in the Roman world. Maya paper was more durable and a better writing surface than papyrus.

Imagine if the reverse were true. If some Precolumbian civilization turned out to be more advanced than the Western and Eastern worlds (like somehow having airplanes and machine guns in the 1500s), invaded/colonized Eurasia, and systematically destroyed all Western and Eastern art, literature, and philosophy save for a few lucky stragglers. Whole religions, art movements, classics, and eras of history are just forever lost to the void of time and, for all that the people of this alternate 2020 AD are aware of (if that's even what they call the year, which it wouldn't be), the Eurasians were just failed, illiterate savages who could barely develop anything better than wall murals and ornate hieroglyphs with a few pretty books and scrolls here and there suggesting they weren't entirely primitive.

Offtopic here, but I really feel sorry for Carthage. Rich (both materially and culturally) and advanced society, the only ancient "democracy" with Middle Eastern, and not Greek roots... and everything that remained are the short texts written by their enemies and image of satanic bastards throwing their children into flames. This is like the entire Russian people was completely wiped out during the WW3, and few millenia later historians are trying to reconstruct the past from the very few remained scraps of pre-war US newspapers and comics.

It was not just the racist ethnocentric attitudes of the Spaniards.  That was undoubtedly important, especially in the destruction of literature.  It was also disease and the ability of the conquistadors to play upon the divisions that they found.  Cortes, for example, was able to quickly recruit natives to his own army in order to conquer the neighboring Aztec.  Natives who resented the then current order of things.

Mayan resistance lasted longer, but by the time the Spaniards had arrived in the New World, the Maya had already experienced a period of decline.

Again, off topic from the Mayans (mostly), but building off my earlier comment, I recently discovered that there's some possible links between the Na-Dené languages of North America and the Yeniseian linguistic family of North Asia.

Dené–Yeniseian is a proposed language family consisting of the Yeniseian languages of central Siberia and the Na-Dené languages of northwestern North America.
Reception among experts has been largely, though not universally, favorable; thus, Dené–Yeniseian has been called "the first demonstration of a genealogical link between Old World and New World language families that meets the standards of traditional comparative-historical linguistics" besides the Eskimo–Aleut languages spoken in far eastern Siberia and North America

Notably, the Navajo of the American southwest are speakers of a Na-Dené language, meaning that there was (and, technically, still is) some prehistoric linguistic spread from central Russia all the way to around Mexico.

At this point, it might just be better to split this particular topic off into the History of Society & Demographics or History of Language threads so we can get back on topic.

The Mayans are proof that a civilization doesn't have to be Western or high-tech to destroy itself through environmental degradation.