(Get Pocket) In 1628, the ‘Vasa’ sank on its maiden voyage. For the next 300 years, it sat in a watery grave—until one man sparked a monumental effort to salvage it.

…Finally, on April 24, 1961, three giant bilge pumps began purging water from the ship’s interior and the Vasa was, once again, kissed by sunshine. Within two weeks, the Vasa was not only above the surface—it was floating.

…Today, there’s still a lot of work to be done. In 2000, the humidity in Stockholm was so high that the presence of soggy museum visitors caused sulfur buried in the ship’s wood to produce corrosive acids. The ship is also shapeshifting. To monitor wood deformation, geodetic measuring devices are being used to map slight changes in the ship’s shape (which is currently settling 1 millimeter every year [PDF]). To combat a potential breakdown, carpenters have built a replica of the Vasa’s hull, which is undergoing a battery of stress tests that will hopefully teach preservationists how to improve the ship’s stability.

That hard work, however, has already paid off. Today, the Vasa Museum is the most popular cultural institution in all of Scandinavia. Home to the world’s only preserved 17th-century ship, the place is more than a vital time capsule—it’s an homage to an ongoing rescue mission more than 300 years in the making. 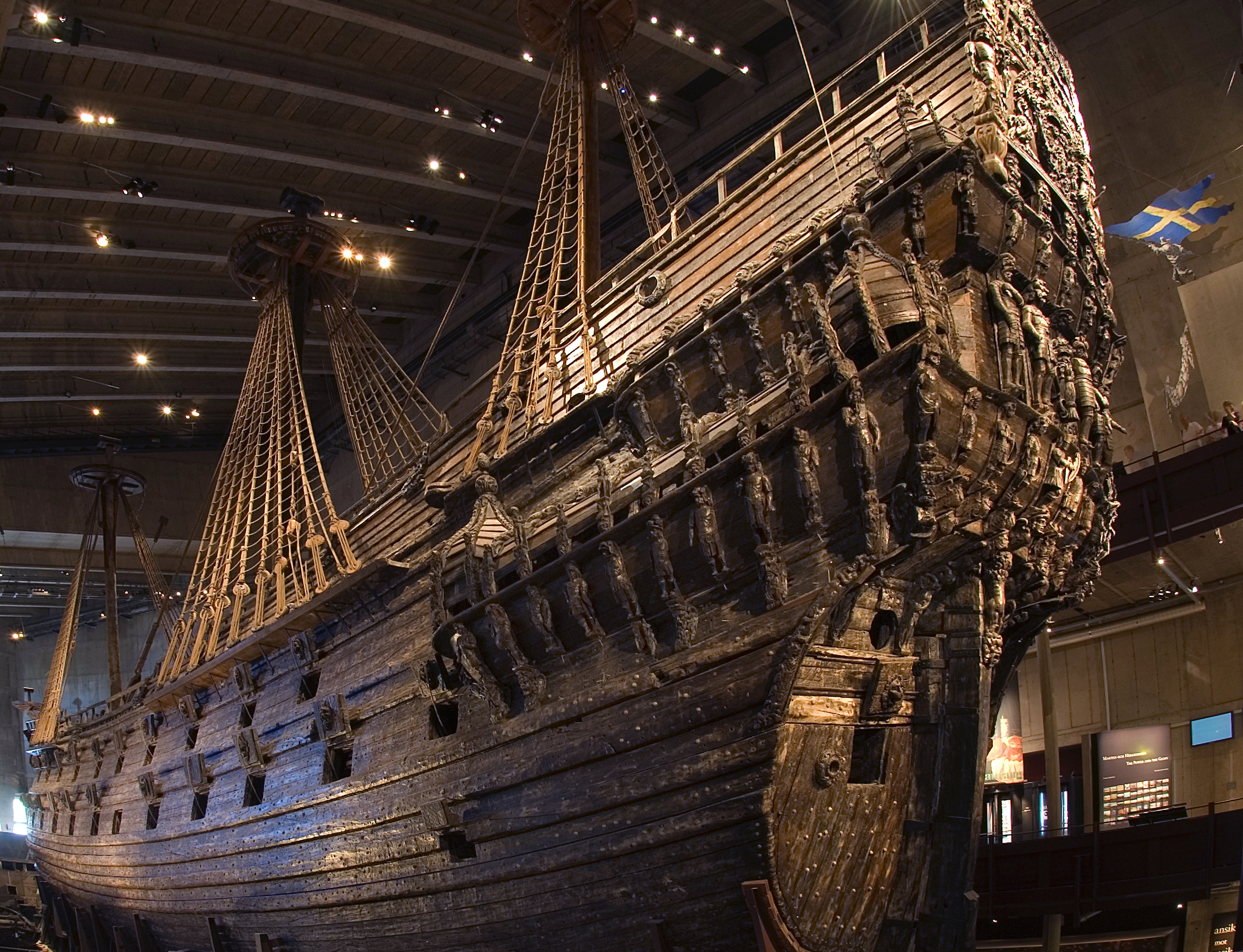 Unless my extract strikes you as totally boring, you really should read the entire article linked above the quote box.

The rigorous preservation process for the Vasa is an incredible feat of engineering. They gave it a glycol-water shower for 17 years! Thanks for posting this. I really want to visit now.

Also tagged with one or more of these keywords: 17th Century Sweden, The Vasa, Shipwreck Restoration, Scandinavian Museum, Maritime History