The global super-states on the legend of this map are, translated to English and in their proper order:

-The British Empire (or, alternatively, the British Realm)

-The Russian Empire (or, alternatively, the Russian Realm)

Coudenhove-Kalergi was, of course, also a huge fan of the idea of a United States of Europe, an idea that Adolf Hitler criticized at the time but which later to a large extent became a reality in the post-World War II years and decades.

What sort of commentary are you expecting? This is just an Imperialist wet-dream in which the "civilized" peoples of the world subjugate everyone else.

Did he ever decide who should control Turkey, Ethiopia, Iran and Afghanistan?

Did he ever decide who should control Turkey, Ethiopia, Iran and Afghanistan?

Apparently not; this is why they have a question mark next to them on this map of his.

Also, you forgot to mention Thailand here, which also has a question mark next to itself.

The Nineteen Eighty-Four comparisons write themselves.

The borders are a bit different, though: 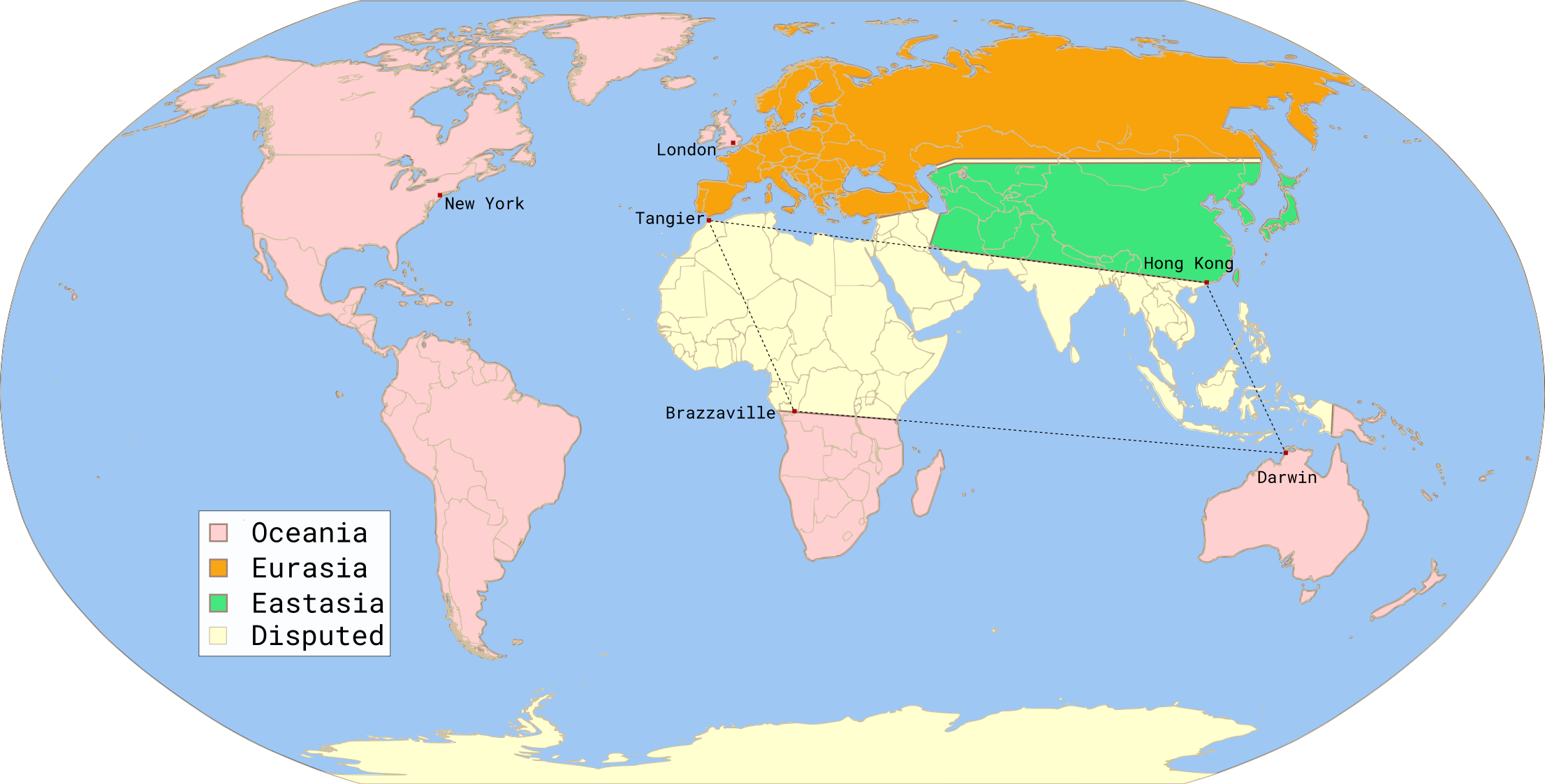