He “Horrifically Abused Me for Years”: Evan Rachel Wood and Other Women Make Allegations of Abuse Against Marilyn Manson

In the past, actor and activist Evan Rachel Wood has spoken about the alleged abuse she was subjected to by an unnamed ex. In an Instagram post early Monday morning, she put a name to the allegations.

“The name of my abuser is Brian Warner, also known to the world as Marilyn Manson,” Wood wrote. “He started grooming me when I was a teenager and horrifically abused me for years. I was brainwashed and manipulated into submission. I am done living in fear of retaliation, slander, or blackmail. I am here to expose this dangerous man and call out the many industries that have enabled him, before he ruins any more lives. I stand with the many victims who will no longer be silent.”

In a show of solidarity, at least four other women posted their own allegations against Manson, detailing harrowing experiences that they claim included sexual assault, psychological abuse, and/or various forms of coercion, violence, and intimidation. Manson has denied similar allegations in the past. His representatives were not immediately available for a comment, but his team has “categorically denied” similar accusations in the past. V.F. will update this breaking news as the story develops.

Kim Kardashian has filed to divorce Kanye West after 7 years of marriage, but our sources say it's as amicable as a divorce can be.

Kim is asking for joint legal and physical custody of the couple's 4 kids. Sources with direct knowledge tell TMZ Kanye is fine with the joint custody arrangement, and we're told both Kim and Ye are committed to co-parenting together.

There's a prenup and we're told neither party is contesting it. In fact, our sources say they are already far along in reaching a property settlement agreement.

The docs, filed by disso queen Laura Wasser, don't list a date of separation ... it's listed as to be determined. The date is almost irrelevant because their split has been so well-chronicled in the news and social media.

It was during the last half of 2020 when things got super rocky for Kimye ... West launched his Presidential campaign on July 4 and weeks later held a bizarre campaign event in South Carolina. At one point, a sobbing Kanye told a story of a discussion he had with Kim ... talking about abortion when she was pregnant with their first child. 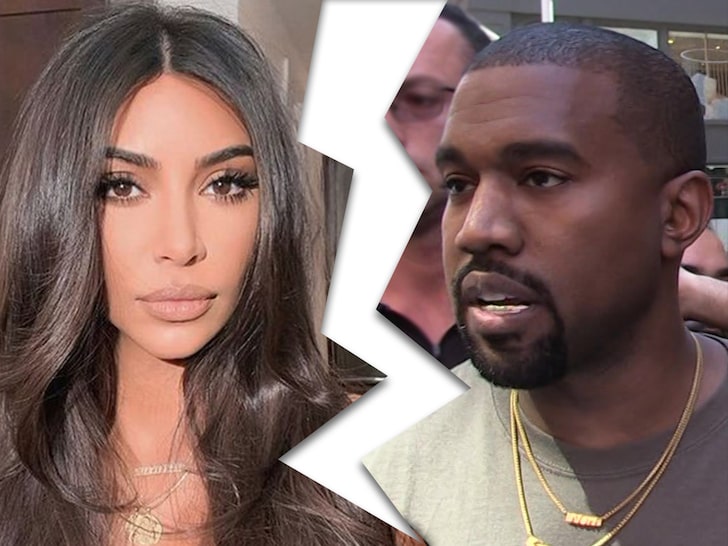 Tiger Woods is "awake and responsive" following surgery on serious leg injuries suffered in a car crash in Los Angeles on Tuesday.

The 15-time golf major champion, 45, had to be "extricated from the wreck" by firefighters and paramedics.

The American suffered "open fractures affecting the tibia and fibula bones" in his lower right leg "stabilised by inserting a rod into the tibia".

Injuries to his foot and ankle have been stabilised with screws and pins.

Woods was "fortunate to be alive" said a deputy from the LA County Sheriff's Department, who was first on the scene of the accident at 07:18 local time on the border of Rolling Hills Estates and Rancho Palos Verdes. 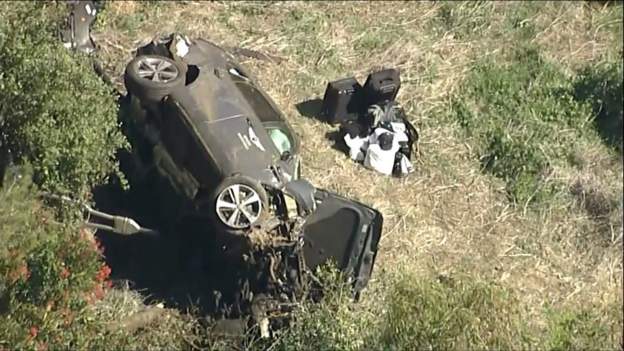