I gave him a 10. Marxist-Bidenism is an ideology shaking the American core. First, Biden seeks a union of the divided american people or in other words, a union of the american proletariat. In the steps of Lenin, Biden will continue to consolidate debt into government ownership for the eventual transition into state socialism, while pushing for mass economic reform. Through democratic reform and making education accessible (by way of forgiving student debt and tuition reform), Biden will increase proletariat representation in government, restructuring American government from a perverse bourgeois plutocracy under reactionary petty-bourgeois supported Republicans into a bourgeois republic, and him being a student of Marx and Engels, knowing that this type of government has the greatest chance of peaceful revolution into the socialist state.

Secondly, not since Mao has there never been such a strong leader. In the face of overwhelming odds, he has overtaken the polls, chosen by the american proletariat as president over reactionary fascist Donald Trump, taking control of the government back from the elite and into the hands of the common man. Biden, in his undying effort for revolution, has plenty of examples where he put bourgeois hired scum in their place. His rambles and slurs are not a symbol of age but of tire from working so hard to push forward proletariat interests.

And I conclude, by the end of these 8 years, Biden will have turned around global warming, and rid the world of capitalism once and for all. All these naysayers can't simply look past the rhetoric and true socialist pragmatism, and see what he really is. I can only shed a tear in respect of the heavy mask he must've worn until he can win the presidential office, and now, that mask can finally be taken off and rest upon the monument he will build for us all.

Marx will have to wait, Peterson says: 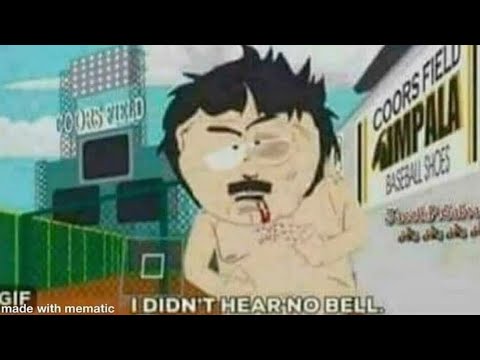 This thread is a bit premature, no? It's literally barely been a damn MONTH. At least wait until the standard 100 days to give a fair assessment. I will say though, strait out the gate Biden has been far better & competent within that month than the entirety of the last shameful year of the previous administration. It's nice to have a competent government, no, an actual government again which takes the pandemic seriously and by extension science seriously.

Biden has actually been better than I thought he'd be thus far, and looking back over my previous arguments with caltrek I'm glad to have been mistaken on that regard. It really may have been better in the end to have him take office as a moderate, but then govern as a progressive, though we're still very early into his administration. I don't expect him to become Bernie Sanders, but I'm even surprised he placed Bernie is the Chairman of the Senate's Budget Committee, which is a major step towards many of Bernie's own policies.

The idea that the Dems are even considering instituting a National Emergency to deal with climate change is like a dream come true for anyone who takes the issue seriously. His electric major vehicle push will also help a great deal along with rebuilding our infrastructure to modern (green) standards. Biden's administration (so far) has been scientific, progressive, and actually respectable, which by proxy means great for the advancement of humanity as a whole.

If the next 4 years were to be like the first month, Biden could be remembered as one of the best Presidents (by sensible people) America has ever had. That being said, I'm likely still leaving America, but it's not due to Biden. Sadly, the damage before his administration likely cannot be overcome enough in time, and all the great things being done via executive orders will evaporate the moment he leaves office in 4 years. Kamala Harris would be great, but what's likely to happen is the return of another...

Hopefully I'm wrong, but for now, if I were to place the vote of the topic at hand after a mere month then 8.75. That 75 percentage would likely drop depending on what happens with the minimum wage & student loan debt.

This thread is a bit premature, no? It's literally barely been a damn MONTH. At least wait until the standard 100 days to give a fair assessment.

The Trump news & Discussion was made on the 10th of November 2016.  Honestly, there isn't much that could be said in the defence of Biden which wouldn't be hypocritical on this particular site.

I made this poll to gauge how people interpret President B at the outset of his term.

On a different note, I found the rest of your comment quite interesting and informative

Who's the other person who gave him a 10?

Who placed him among Caesar and Genghis?

Also tagged with one or more of these keywords: Biden, Joe, Uncle, Creepy, Democrat, Stroke my hairy legs