271 replies to this topic

This is a creepy film from 1976: Blue Sunshine:

Horror films back then were great at unsettling imagery; use of weird people with weird tones of voice or mannerisms to give a sense of unease; and creepy, unsettling musical score.

About the "weird people": that was used to great effect in satanic films, too. It sort of plays on your instincts to prejudge people based on how they seem.


“We went to call our supervisor, and we’re like, ‘There’s a f--king a--hole in there! There’s buttholes!’” 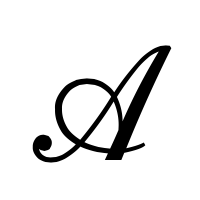 nother day, another dispatch about the mythical “butthole cut” of Cats. In an interview with the Daily Beast, a visual-effects editor who worked on the beguiling movie musical confirmed that an early, half-finished iteration of Cats did indeed feature a few accidental anuses.
The visual-effects team was taken aback when they watched an early version of the film back and realized what was happening, the source recalled.
“When we were looking at the playbacks, we were like, ‘What the hell? You guys see that?!’” the source told the outlet. “We paused it. We went to call our supervisor, and we’re like, ‘There’s a fucking asshole in there! There’s buttholes!’ It wasn’t prominent but you saw it…And you [were] just like, ‘What the hell is that?... There’s a fucking butthole in there.’ It wasn’t in your face—but at the same time, too, if you’re looking, you’ll see it.”
The source’s remarks mirror earlier comments from an anonymous Cats crew member, who told writer Ben Mekler that the “butthole” cut was an unintentional byproduct of the film’s unique visual effects. The film’s initial VFX process, the crew member said, made the cats of Cats look like their skin and fur had been “groomed or just folded in a way that really REALLY looked like very furry lady genitals and buttholes by accident.” In the Daily Beast interview, the source noted that the job of editing out all of the buttholes was ultimately left to one crew member who was hired specifically to excise unintended buttholes.

I'm tempted to put this in the Scum thread. The people who made the Butthole Cut are going straight to Hell. And by people, I mean the ones who forced the VFX team to work 90 hour work weeks.

This is excellent news.

Moore's film has been trashed by the scientific community for its outdated and misleading information about renewables.

Michael Moore film Planet of the Humans removed from YouTube

YouTube has taken down the controversial Michael Moore-produced documentary Planet of the Humans in response to a copyright infringement claim by a British environmental photographer.

The movie, which has been condemned as inaccurate and misleading by climate scientists and activists, allegedly includes a clip used without the permission of the owner Toby Smith, who does not approve of the context in which his material is being used.

Smith filed the complaint to YouTube on 23 May after discovering Planet of the Humans used several seconds of footage from his Rare Earthenware project detailing the journey of rare earth minerals from Inner Mongolia.

Smith, who has previously worked on energy and environmental issues, said he did not want his work associated with something he disagreed with. “I went directly to YouTube rather than approaching the filmmakers because I wasn’t interested in negotiation. I don’t support the documentary, I don’t agree with its message and I don’t like the misleading use of facts in its narrative.”

I haven't watched the movie so I can't say if it's good or not. But free speech and fair use. A few seconds is well within the bounds of fair use in a documentary context. It's clear from Smith's comments too that the copyright claim was politically motivated as the filmmakers contest.

Gone with the Wind removed from HBO Max

Gone with the Wind has been taken off HBO Max following calls for it to be removed from the US streaming service.

HBO Max said the 1939 film was "a product of its time" and depicted "ethnic and racial prejudices" that "were wrong then and are wrong today".

It said the film would return to the platform at an unspecified date with a "discussion of its historical context".

Set during and after the American Civil War, Gone with the Wind has long been attacked for its depiction of slavery.

Based on the novel by Margaret Mitchell, it features slave characters who seem contented with their lot and who remain loyal to their former owners after slavery's abolition.

There's a new movie coming out called "Songbird" that appears to be one of the first "Covid exploitation" films:

By 2024, the COVID-19 virus has mutated into COVID-23 and the world is in its fourth pandemic year. In the United States, people are required to take temperature checks on their cell phones while those infected with COVID-23 are taken from their homes against their will and forced into quarantine camps, also known as "Q-Zones" or Concentration Camps, where some fight back against the brutal restrictions. In these camps, the infected are left to die or forcibly get better.

It's gotten awful reviews. I can imagine why for some of them. "Too soon... too soon," is the oft-heard critics' line.

"Released 53 years ago this month the original Planet of the Apes has one of the most powerful endings in film history. The modern versions just blame one man & a virus. Films of today are incredibly limp at making any strong points. Here it points a finger at the audience itself."

Anyone here seen this yet?

Seems to have mixed reviews.

Anyone excited for the new Dune movie?