13 replies to this topic 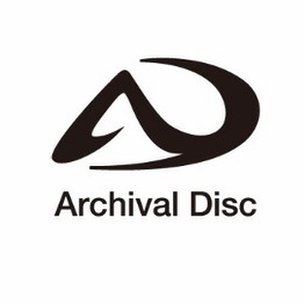 Archival Disc is the name of a trademark owned by Sony Corporation and Panasonic Corporation describing an optical disc storage medium designed for long-term digital storage. First announced on 10 March 2014 and planned to be introduced in Q2 2015, the discs are intended to be able to withstand changes in temperature and humidity, in addition to dust and water, ensuring that the disc is readable for at least 50 years. The discs are intended to eventually be able to store up to one terabyte of data, based on the roadmap plans of both companies.The agreement between Sony and Panasonic to jointly develop the upcoming generation optical media standard was first announced on 29 July 2013.
The Archival Disc standard jointly developed by Sony and Panasonic will utilise signal processing technologies such as narrow track pitch crosstalk cancellation, high linear density inter-symbol interference cancellation and multi-level recording. The disc structure will feature dual sides, with three layers on each side, and a Land and Groove format. The track pitch is 0.225μm, the data bit length is 79.5nm, and the standard will utilise the method of Reed-Solomon Code error detection. Sony expects the new standard to see usage in the film industry (such as storage of 4K resolution audiovisual data), archival services, and cloud data centres handling big data. The disc format is not intended as a consumer storage medium as of present, but are intended by the two companies as a solution for professional-level data archival. In order to reach a larger capacity whilst ensuring higher playback signal quality, the standard will employ crosstalk cancellation and Partial Response Maximum Likelihood (PRML) signal processing. Both companies will market the optical format under their respective brands.

What do you guy's think?

Personally, I'm very happy with 1080p and have a huge Blu-ray collection. Despite that, I think it will be great for movie fans to be able to own a disc collection of their favourite movies in their original resolution.

As for other applications, it's a dead cert that PlayStation 5 will use this

I'll use the best if I can

Im excited to see where this new 4k technology leads to. HD tvs were a huge hit but 3D tvs were for all purposes not such a mainstream thing. But I think the next gen tvs out on the market right now, 4k + 3D is the way to go. If the future of television revolves around 4k technology (more than 2160p would be a waste since our eyes cant tell the subtle difference past that) than archival discs are the way to go, 1tb of storage and optimized resolution? .. Im on the boat.

For archiving at home, a RAID config or some secure cloud solution is cheaper and faster.

For media: better compression algorithms for current discs or pure digital distribution (as the inevitable future).

Oh, and memristors are near, in 5-10 years they will dominate every storage segment on the IT market (except of course if the vendors will keep their price sky high).

What becomes of man when the things that man can create are greater than man itself?

I don't even use DVD anymore...

Everything I have in data is digital now with just the exception of some buerocratic papers I need to have since the government continues to live in the last century.

Optical discs may have some use in long-term data storage, but for personal use I think they are backwards even if you could store 100 TB there.

My new computer doesn't have an optical drive.

I don't even use DVD anymore...

I've not bought a DVD since about 2005, the only ones I still own are old TV programs that weren't recorded in HD, my entire movie collection is on Blu-ray.

So this year's the year!

None, I hardly ever use physical media storage anymore apart from backing up my files offline. Netflix or Blinkbox suit my needs at the minute

“If the genius of invention were to reveal to-morrow the secret of immortality, of eternal beauty and youth, for which all humanity is aching, the same inexorable agents which prevent a mass from changing suddenly its velocity would likewise resist the force of the new knowledge until time gradually modifies human thought.”

To be fair, HVDs are superior, but Carl Sagan knows when we'll actually see them.