51 replies to this topic

Coronavirus is bringin' em out. 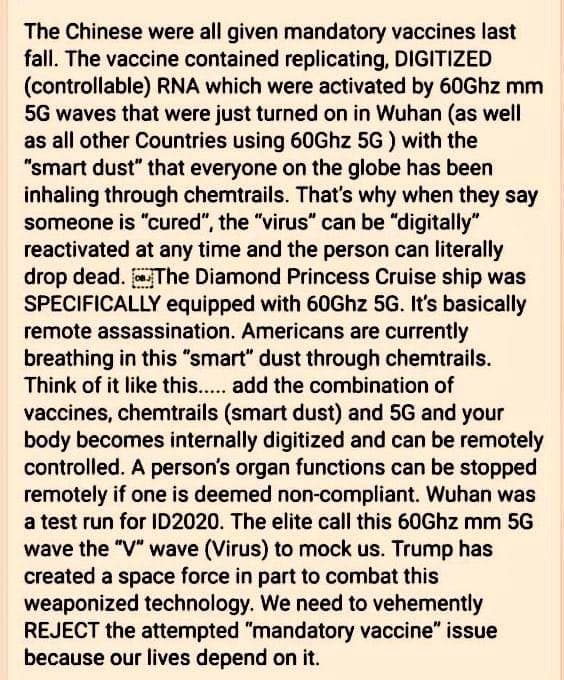 Somebody on my Facebook was coming out with something similar to this the other day. That said, he also believes the wildfires in Australia were started by the government, to move everybody from the countryside to cities, where they can be tracked more easily/to avoid expropriation costs when building a high speed rail line.

It makes me wonder, just a bit, how these people function when they're so scared of nonexistent threats (often causing real threats in the process e.g. poor vaccination rates). 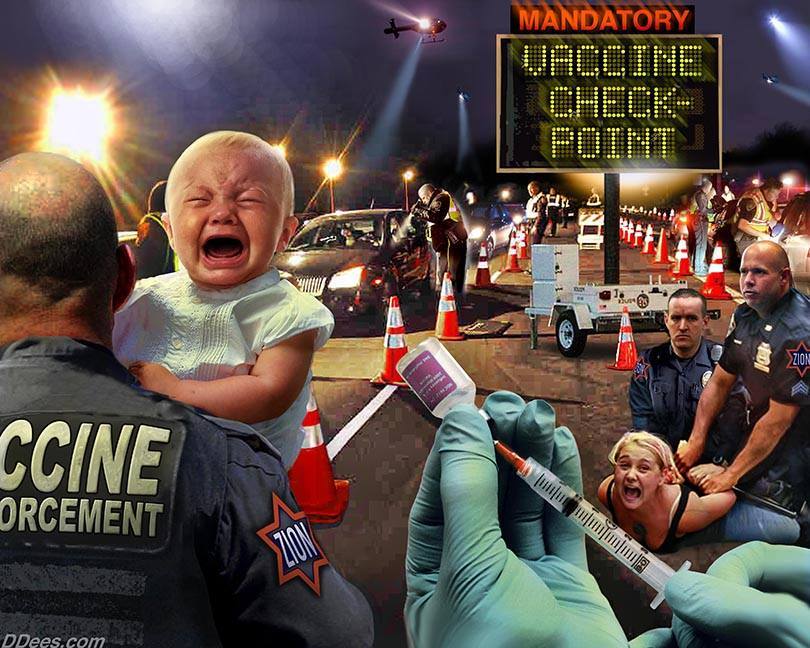 Also the hidden antarctic nazi city to hide the flat earth reality is something straight out of Wolfenstein.

Also the hidden antarctic nazi city to hide the flat earth reality is something straight out of Wolfenstein.

I don't even understand why it's always Jews. 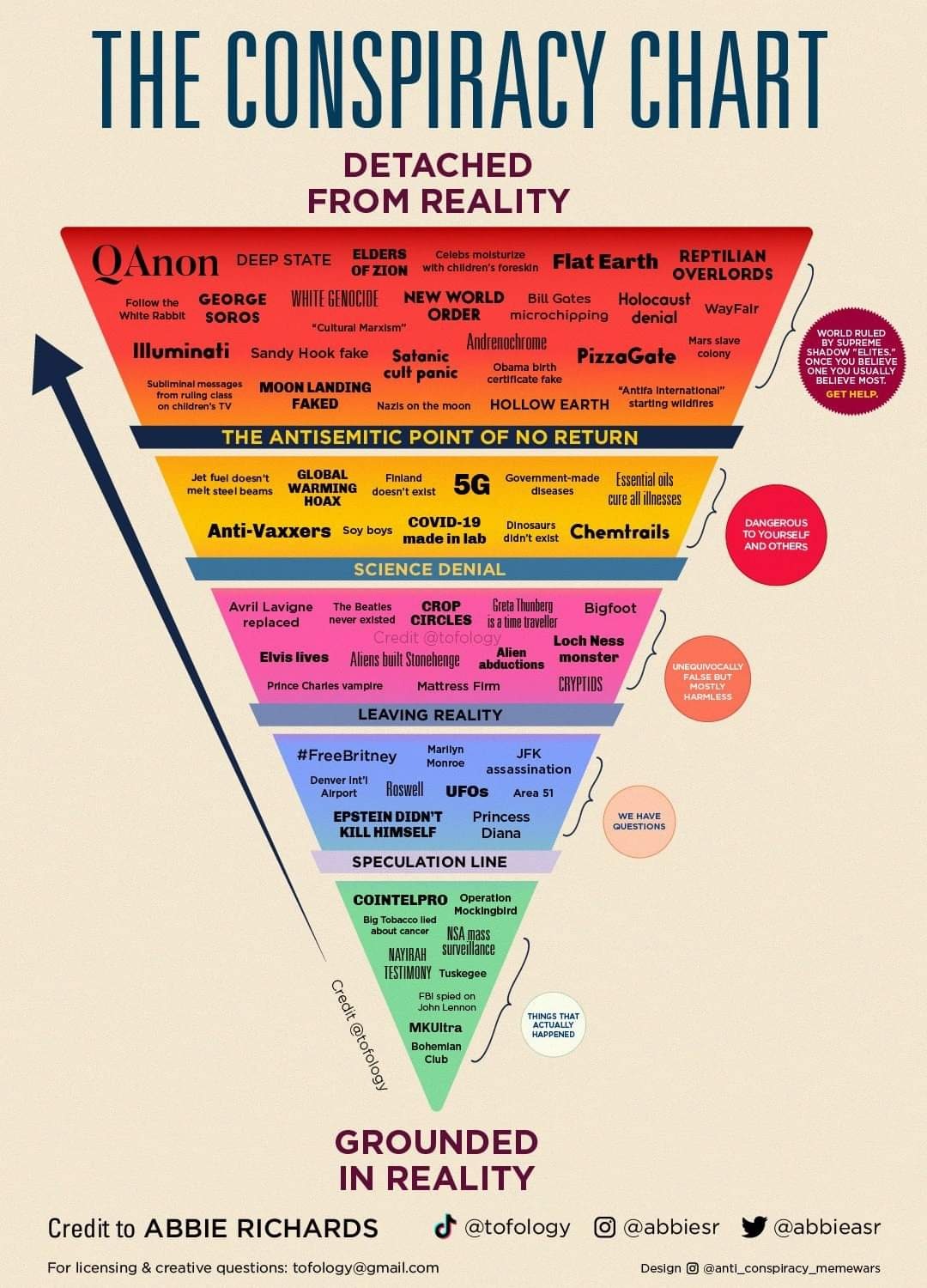 I don't like that conspiracy are considered woo woo alot of them turn out correct such as the old conspiracy that "Iraq doesn't have weapons of mass destruction" or that "Jeffrey Epstein is a sexual predator" conspiracy's just need evidence and to not use language which associate them with the crazyies who could be promoted to make real conspiracy's look dumb.

This guy hates China and usually acts very combative towards them he would not normally make a article like this acting like China has made the US it's subservient. The only reason he is making this article is he needs more Chinese speaking people as spy's.

A physical science professor at Ferris State University has been placed on administrative leave after reportedly calling the coronavirus pandemic a “leftist stunt” and allegedly posting racist, anti-Semitic and homophobic slurs on Twitter.
Ferris State faculty member Thomas Brennan, who is under investigation by the university for his alleged remarks, told MLive on Monday, Nov. 23, in an emailed statement: “I feel I’m being unfairly portrayed as a racist and anti-Semite.”

Brennan also said he thinks the severity of the COVID-19 pandemic has been overexaggerated by the media and government, although he acknowledged the coronavirus is not a hoax and that many people have died from it. Read the professor’s entire statement here.
Almost 8,500 people in Michigan have died with COVID-19 since the start of the pandemic. There have been over 300,000 positive cases around the state.

Why this thread and not Dumbasses™?

Because this guy is genuinely schizophrenic!

Be sure to check out the student newspaper article which has screenshots of his tweets, featuring such gems as:

Please, Polly, speak up for the TIs. I'm also a targeted individual, subjected to microwave and nanotech assault. I'm a professor of physics and astronomy at Ferris State University in Michigan. I know that RF-powered self-assembling nano is real, I saw it at Argonne Nat. Lab.

Could be as simple as: Corona virus is partly caused by cell phones, wifi, and not just 5G, but 4G and 3G. When 2G/3G started, I could feel it. In 2005, I got mysteriously short of breath. It was horrible. Apricot pits helped me recover. You could easily confuse that for corona.

He also believes nuclear bombs are fake.
I didn't even know this one existed! But apparently it is one of the aggressively deep parts of the conspiracist iceberg.

In case you aren't sure he's schizophrenic, he's a believer of gangstalking. What is gangstalking?
Just see the subreddit...

User posts to r/Physics: "What to do if i have theories? I contacted a college and they ignored me". OP becomes irate when told they might have to do things like learn "math" to do "research" in pursuit of a theory that isn't "enormously absurd"

"How can you prove your theory?"

"What tools did you use to simulate your theory?"

my favorite exchange was "that's like saying a bicycle is a car because they both have wheels" and op just says "the bicycle was invented before the car." 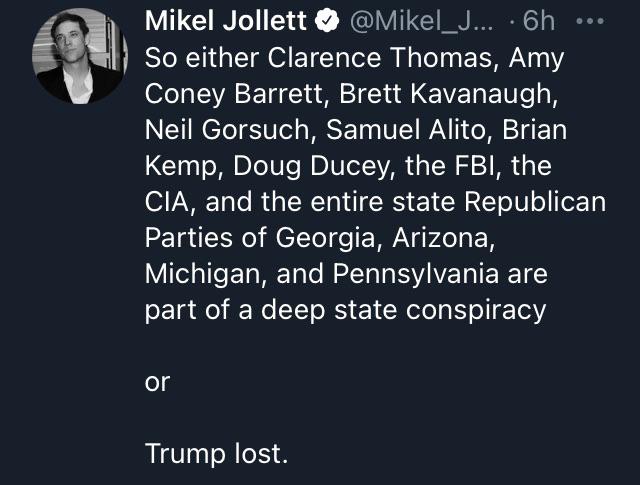 FYI, I've merged an earlier thread with this one.

A perfect 2 minutes on QAnon...

Of course in 2024, we will have to deal with vote counting systems that flip votes to the "other side".  In which case, more lawsuits will be filed until the dust finally settles. Oh well.

Highly prophetic.  This may very well be a far more effective thread than the Fascist Watch thread started by another regular on the fourm, where I was trying to make the linkage between fascism and whacko conspiracy theories.