51 replies to this topic

So, how do otherwise intelligent adults fall for these whacko conspiracy theories?

(Alternet) As mainstream media digs into the deeply concerning QAnon conspiracy theory—including coverage of the reality that we now have a QAnon congresswoman—we're also seeing more people who formerly identified with the movement come forward. In an interview with CNN, Melissa Rein Lively described how she fell into the conspiracy tunnel, and why she wants to help people experiencing the same thing now. "I really became all consumed in the QAnon conspiracy theories because of a mix of fear, anxiety, depression," she told host Alisyn Camerota on Monday. "You know, uncertainty. Inconsistency about information coming out about the pandemic." She talked about feeling terrified seeing people around her lose their businesses. So what did she do? She went online. And that's when, according to Lively, the algorithm took hold and brought her into an "echo chamber."

Lively says she began looking at a number of wellness, spirituality, and New Age pages, and within a "matter of weeks," the algorithm hooked her into a "terrifying echo chamber" that "completely changed the way that I think and that I process information." Lively notes that the Save the Children messaging, in particular, spoke to her. Lively went on to describe how her husband gave her an ultimatum between her family and the QAnon movement, including even calling the police out of concern for her well-being.

Lively says she ultimately broke the QAnon spell by seeking mental health treatment with a specific focus on PTSD and trauma.  "I really believe that it's a cult," she said. "It operates like a cult in every single way. And people don't realize that they're being consumed by QAnon until it's too late."

It should also be need that even scientists have to be on guard for pseudo scientists.  Perhaps the methods they use to deal with such problems can be a guide for the rest of us.

(Nature) The widely used academic database Scopus hosts papers from more than 300 potentially ‘predatory’ journals that have questionable publishing practices, an analysis has found1. Together, these titles contributed more than 160,000 articles over three years — almost 3% of the studies indexed on Scopus during the period. Their presence on Scopus and other popular research databases raises concerns that poor-quality studies could mislead scientists and pollute the scientific literature.

“There are potentially serious consequences of predatory articles being indexed in scientific databases,” says Anna Severin, a sociologist who studies peer review at the University of Bern and has written about predatory journals infiltrating citation databases2. “Researchers might base their further research on poor-quality or even fabricated findings and cite these in their own publications, thereby further distributing untrustworthy science,” says Severin, who wasn’t involved in the latest study.

Predatory journals are those that tend to publish low-quality science and deviate from best editorial practices. They might use false or misleading information, or aggressive solicitation practices, and collect fees for publishing work that undergoes little editorial scrutiny. Researchers have previously found that some such journals are indexed in popular scholarly databases such as the biomedical site PubMed3, but the extent of the problem is difficult to quantify.

(Alternet) Rep. Devin Nunes (R-CA) on Sunday floated a conspiracy theory claiming Governors Gavin Newsom (CA) and Andrew Cuomo (NY) are being "eliminated" by the Democratic Party so that Vice President Kamala Harris can run for office unopposed in 2024.

Nunes made the claim during an interview with Fox News host Maria Bartiromo.

"This whole throwing Newsom, throwing Cuomo under the bus from Democrats, you say that is a larger theme," Bartiromo asked.

"I think it's real easy," Nunes explained. "The Democratic Party is really a socialist party with a politburo system. That's how it runs out in California."

It must be the petrochemicals in our plastic water bottles that's causing half of America go undergo this state of psychosis. The only difference between us and them is that we don't leave the bottles out in the sun before we drink them.

It must be the petrochemicals in our plastic water bottles that's causing half of America go undergo this state of psychosis. The only difference between us and them is that we don't leave the bottles out in the sun before we drink them.

Kinda ignoring a much more plausible cause 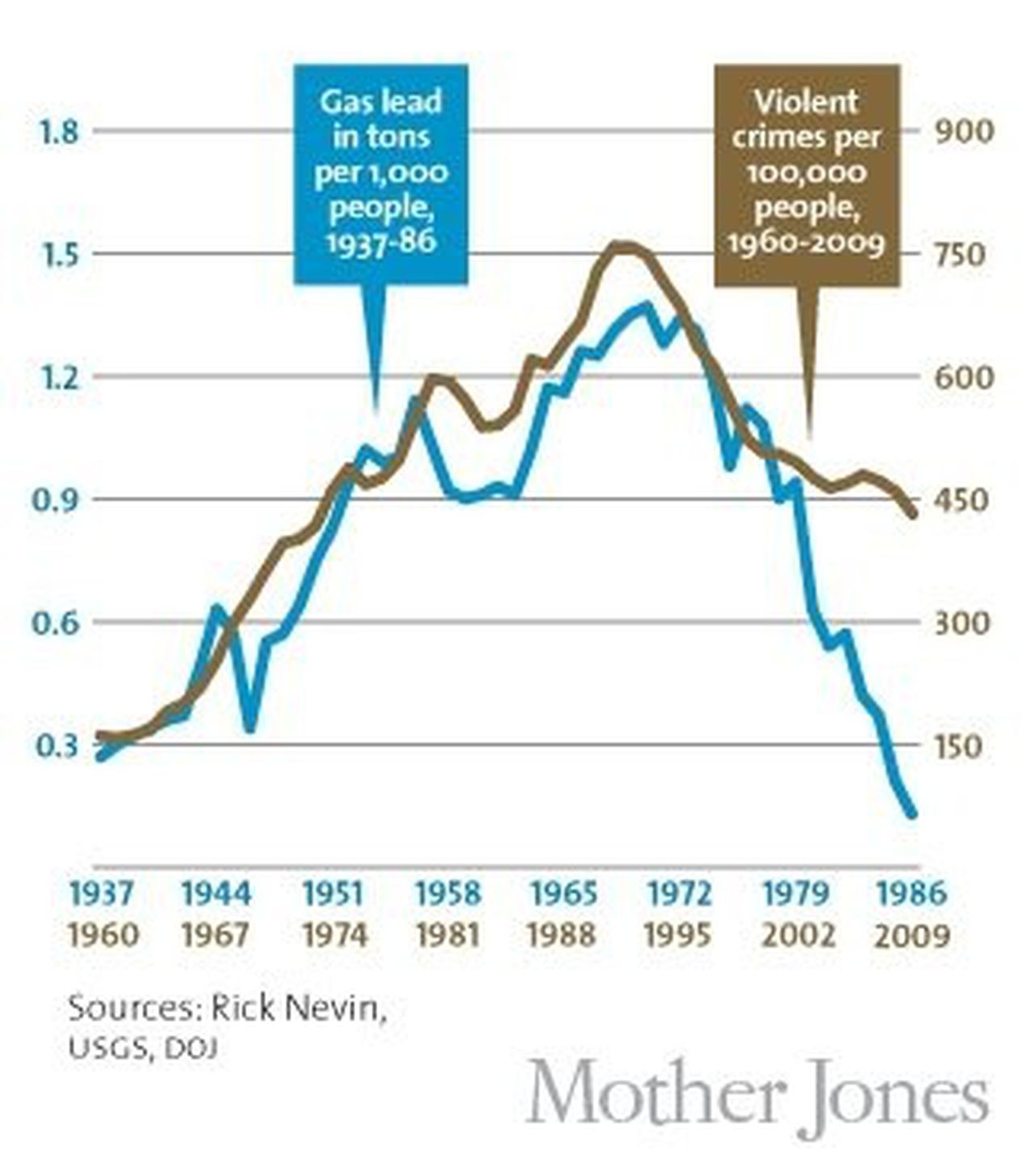 Gee, what two generations were born/came of age during that peak?

^Yes, but rural areas tend to have better air and water quality.  Yet, my impression (I could be wrong on that) is that the conspiracy theories tend to be strongest in rural areas.  Maybe it is just from living away from where the decisions are made. The explanation for what those nuts in the urban areas are up to just get very fragmented and delusional. Of course, if your system is also saturated with lead (not all rural systems yield potable water) that couldn't help. Or, if you leave your plastic water bottles out in the sun too long...

Remember: millions of people hold beliefs like this woman.

There's a whole segment of the population who live in their own alternative reality. Things will only get worse with ever-more sophisticated disinformation campaigns, AI, deepfakes, etc. 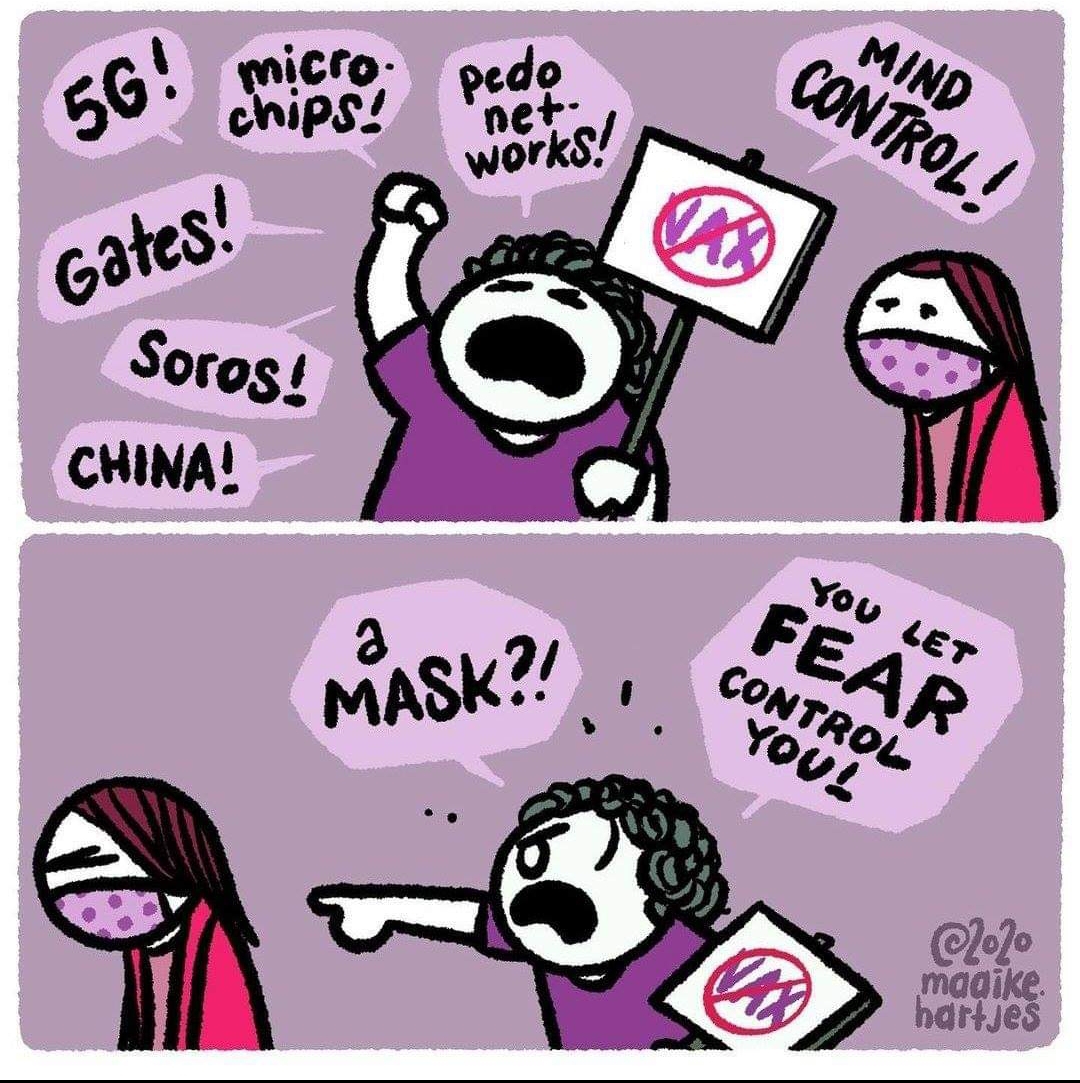 We all know it's a problem, and so what's there to be done? How to deprogram a vast sect of the population who hold self-destructive beliefs

And not only is it self-destructive; because of the fact that the ideas are not immediately self-annihilating, there is a long span of time in which their stupidity can harm the rest of us, as it is now. As for deprograming: on a scale large enough to count, you can't. That's the scary part. It'll only become worse as the BizarroWorld of one of GPT' as-yet-made scion comes to fruition.

Know how the Fermi Paradox posits the existence of Great Filters that make life incredibly rare to flourish on the interstellar stage?

What if we're hitting one right now? The invention of Mass Media could propagate and exacerbate the self-destructive fears and hatreds buried deep in any intelligent animal's psyche.

The creation an environment where anti-intellectualism is allowed to flourish on even footing with expertise could only result in the slow fracturing of a democratic, technologically-advanced society.

I hope I'm wrong, every generation of people think they're the ones experiencing the ultimate demise of civilization and usually turn out to be wrong.

(Alternet) Rep. Peter Meijer (R-Mich.) is urging the Republican Party to denounce QAnon conspiracy theories and distance from the group's dangerous rhetoric before it destroys the party in its entirety.

During an interview with CNN, Meijer expressed concern about the conspiracy theories and how they could have long-term impacts on the political party.

According to Meijer, a significant number of Republican voters are being deceived by the conspiracy theory which focuses on an alternate reality. "The fact that a significant plurality, if not potentially a majority, of our voters have been deceived into this creation of an alternate reality could very well be an existential threat to the party," Meijer said during an interview with CNN.

Over the last year, the QAnon movement has evolved into a full right-wing conspiracy that many Trump supporters have adopted as a belief system. Meijer went on to explain the different facets of QAnon beliefs. "When we say QAnon, you have the sort of extreme forms, but you also just have this softer, gradual undermining of any shared, collective sense of truth," Meijer said.

caltrek's comment:  The good news is that at least some Republicans understand the danger, at least in terms of how it might adversely impact upon their party. The bad news is that there are such a small number willing  to voice their concerns publicly.