Move over CRISPR, the retrons are coming

While the CRISPR-Cas9 gene editing system has become the poster child for innovation in synthetic biology, it has some major limitations. CRISPR-Cas9 can be programmed to find and cut specific pieces of DNA, but editing the DNA to create desired mutations requires tricking the cell into using a new piece of DNA to repair the break. This bait-and-switch can be complicated to orchestrate, and can even be toxic to cells because Cas9 often cuts unintended, off-target sites as well.

Alternative gene editing techniques called recombineering instead perform this bait-and-switch by introducing an alternate piece of DNA while a cell is replicating its genome, efficiently creating genetic mutations without breaking DNA. These methods are simple enough that they can be used in many cells at once to create complex pools of mutations for researchers to study. Figuring out what the effects of those mutations are, however, requires that each mutant be isolated, sequenced, and characterized: a time-consuming and impractical task.

Researchers at the Wyss Institute for Biologically Inspired Engineering at Harvard University and Harvard Medical School (HMS) have created a new gene editing tool called Retron Library Recombineering (RLR) that makes this task easier. RLR generates up to millions of mutations simultaneously, and "barcodes" mutant cells so that the entire pool can be screened at once, enabling massive amounts of data to be easily generated and analyzed. The achievement, which has been accomplished in bacterial cells, is described in a recent paper in PNAS.

Man blind for 40 years regains some sight through gene therapy

Doctors for the first time have used a form of gene therapy to restore partial vision in a blind person, according to findings announced Monday.

The research team genetically altered retinal ganglion cells to become light-sensitive in a man whose vision was destroyed by retinitis pigmentosa, a genetic disorder that breaks down cells that absorb and convert light into brain signals.

Using special goggles, the 58-year-old man went from total blindness to being able to detect a large notebook, a smaller staple box, glass tumblers and even the stripes of a street crosswalk, researchers reported in the June issue of the journal Nature Medicine.

U.K. set to loosen rules for gene-edited crops and animals

When Boris Johnson became prime minister of the United Kingdom in 2019, he pledged to “liberate the U.K.’s extraordinary bioscience sector from anti–genetic modification rules.” The country had to hew to strict European biotech regulations until it finalized its divorce from the European Union in January. Next month, the government is widely expected to follow through on Johnson’s promise by making it easier to test and commercialize some genetically engineered crops and livestock.

The decision, which will be announced by 17 June, applies to plants and animals whose genes have been edited with precision techniques such as CRISPR. It will put the United Kingdom in line with several countries including the United States, and U.K. biotechnologists say it will speed research and stimulate investment.

“Much as I have to swallow hard and say it through gritted teeth, Brexit has at least one dividend,” says Jonathan Jones, a plant biologist at the Sainsbury Laboratory, a nonprofit center investigating plant disease resistance. Tina Barsby, CEO of the National Institute of Agricultural Botany, says the shift may be “the most significant policy breakthrough in plant breeding for more than 2 decades.” 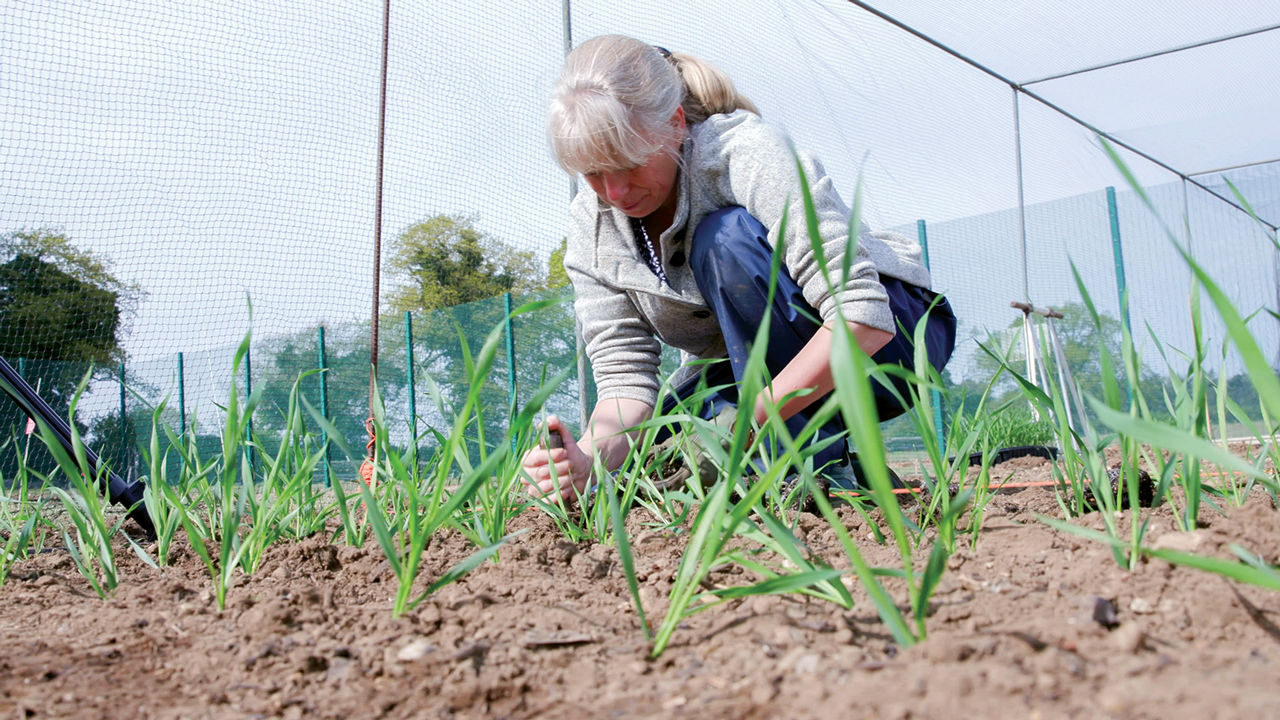 'Gene therapy is a game changer for our son'

Baby Arthur is just five months old. He has no way of knowing the treatment he is receiving in his right arm is the world's most costly medicine.

But he has become one of the first patients to be treated on the NHS with Zolgensma, a gene therapy with a list price of £1.795m.

The drug contains a healthy copy of a missing or faulty gene called SMN1.

This is inserted into a harmless virus.

In the body, the virus delivers the replacement gene into the nucleus of motor neuron cells.


A series of laboratory studies is underway in the United States to improve gene therapy worldwide for sickle cell disease, a complex and sometimes deadly heritable blood disorder that dramatically affects the structure and function of oxygen-ferrying red blood cells.

Sickle cell disease is a devastating disorder that largely affects people of African descent. The genetic condition derives its name from the shape of patients' red blood cells, which have the configuration of a crescent moon or sickle. As one of the heritable hemoglobin diseases, doctors say the condition is related to beta thalassemia, which is largely seen in populations throughout the Mediterranean, parts of the Mideast and Asia. In that disease, red blood cells do not sickle but are substantially smaller than normal, and likewise are impaired as transporters of oxygen.


A St. Jude Children's Research Hospital analysis found a major gap between the cost to manufacture and distribute hemophilia B gene therapy and the $2 million-plus price reportedly under consideration for hemophilia gene therapy now in development.

The study appeared online in the journal Blood. It is the first to report gene therapy production costs.

St. Jude researchers have pioneered and produced gene therapy for several disorders, including hemophilia B. This inherited bleeding disorder affects about 1 in 30,000 people, primarily men.

The analysis relied on the hospital's own cost data. Researchers calculated the total per-patient cost of manufacture, distribution and five-year follow-up of gene therapy for severe hemophilia B patients as $87,198.

One CRISPR Treatment Lowered Cholesterol in Monkeys by 60 Percent

More than one in three American adults have high cholesterol, which can lead to serious health problems like heart disease and stroke. The best remedies we have right now are cholesterol-lowering drugs called statins, a diet rich in vegetables and low in fat, and good old-fashioned exercise. But in the future, there may be another way to reduce our cholesterol levels.

A study published last week in Nature described how a team of scientists from the University of Pennsylvania and biotech company Verve Therapeutics used the gene editing tool CRISPR to lower LDL cholesterol in monkeys by 60 percent in just one week. And, the monkeys’ cholesterol levels stayed low for over eight months after a single dose of the treatment.


One of the most powerful tools available to biologists these days is CRISPR-Cas9, a combination of specialized RNA and protein that acts like a molecular scalpel, allowing researchers to precisely slice and dice pieces of an organism's genetic code.

But even though CRISPR-Cas9 technology has offered an unprecedented level of control for those studying genetics and genetic engineering, there has been room for improvement. Now, a new technique developed at Caltech by biology graduate student Shashank "Sha" Gandhi in the lab of Marianne Bronner, Distinguished Professor of Biology and director of the Beckman Institute, is taking CRISPR-Cas9 accessibility to the next level.

In a paper appearing in the journal Development, Gandhi and members of Bronner's lab describe the new technique, which has been designed specifically to disable or remove genes from a genome. This is known as "knocking out" a gene.

A remote control for gene transfer
https://phys.org/news/2021-06-remote-gene.html
by University of Freiburg

The ability to insert desirable genes into animal or human cells is the basis of modern life science research and of widespread biomedical applications. The methods used to date for this purpose are mostly non-specific, making it difficult for scientists to control which cell will or will not take up a gene.

For this gene transfer, the target genes are often packaged into 'viral vectors.' These are viruses in which part of the genetic material has been replaced by the target genes. When researchers add these viral vectors to cells, the vectors introduce the genes into the cells. This is the principle behind some of the current SARS-CoV-2 vaccines such as those from AstraZeneca or Johnson&Johnson. However, it is difficult—even impossible—to control into which cells the target genes enter, since the viral vectors tend to dock non-specifically onto all cells of a certain cell type. A team of researchers from the Cluster of Excellence CIBSS—Centre for Integrative Biological Signalling Studies at the University of Freiburg, led by Dr. Maximilian Hörner, Prof. Dr. Wolfgang Schamel and Prof. Dr. Wilfried Weber, has developed a new technology that enables them to introduce target genes in a controlled manner and thereby control processes in individual selected cells. The researchers have published their work in the current issue of Science Advances.