This thread covers the latest economic and geopolitical developments affecting our future. Financial news from technology startups, multinationals and other companies can be found here, along with significant events in the world of politics.

This is more of a general thread. Specific and indepth coverage of particular subjects, companies, or regions will be found in other threads (e.g. cryptocurrencies, Tesla, China and the United States). Amazon in talks to buy Hollywood studio MGM for $9bn 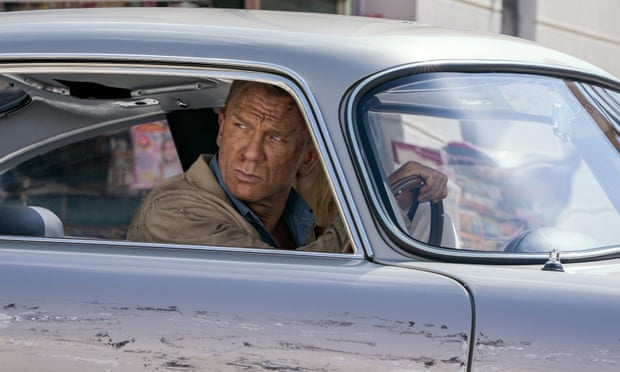 Amazon is in talks to acquire MGM, the Hollywood studio behind the James Bond and Rocky franchises, for $9bn (£6.3bn) in the latest deal to secure “crown jewel” content in the global battle for streaming supremacy.

MGM, which put itself up for sale in December, is one of the few Hollywood studios with evergreen, must-watch franchises not to have been snapped up in the recent wave of huge mergers and acquisitions in the media industry.

The studio has explored a sale several times over the last few years. In January last year it held preliminary talks with Netflix and Apple, among others, but price proved to be a stumbling block.

https://www.theguardian.com/technology/ ... gm-for-9bn
“People assume that time is a strict progression of cause to effect, but *actually* from a non-linear, non-subjective viewpoint - it's more like a big ball of wibbly wobbly... time-y wimey... stuff.” - Steven Moffat
Top

The Battle for a $15 Minimum Wage Is Already Won
Even without Congress acting, companies are feeling pressured to meet what's become the new benchmark for worker pay

The Democrats in Congress will probably fail to pass a federal $15 an hour minimum wage. Amazingly, this might end up not mattering that much. The drive for $15 has succeeded simply by resetting Americans’ idea of what a reasonable wage should be.

In an age of grassroots political campaigns, the Fight for $15 has been startlingly effective. It succeeded in getting a $15 minimum wage passed in Seattle, in California, and in a variety of other cities and states. Its message was simple, focused and — at least in the places where it has prevailed — reasonable.

In addition to having a catchy, alliterative slogan, Fight for $15 had some pretty decent economics on its side. The fact that “teenagers like cheeseburgers,” in the words of economist John Kennan, probably reduces the effect of minimum wage hikes on employment; the increased income from higher minimum wage feeds back into the economy, raising labor demand. And as economists have increasingly realized in recent years, minimum wage can help counteract employers’ power to hold wages below their efficient market value. It can still hurt employment, but the threshold for doing so is probably a lot higher than opponents worry.

At the national level, Fight for $15 hasn’t yet managed to chalk a win. The minimum-wage proposal was struck from President Joe Biden’s recent Covid-19 relief bill on the grounds that it wasn’t a fiscal measure and thus not eligible to be passed by budget reconciliation. Since reconciliation is the only way to get around the filibuster, that means that a federal $15 minimum wage has only a slim chance of passing during Biden’s presidency. Worries that $15 would go too far in low-cost areas will mean sufficient opposition at the federal level that we probably will not see this sort of bill pass soon — or if a wage hike does pass, expect something significantly less than $15.

The £31 billion mega-merger between Virgin Media and O2 has been given the green light by regulators.

The Competition and Markets Authority (CMA) waved through the deal following an in-depth investigation, concluding that concerns customers would see price hikes from the telecoms deal were unfounded.

Officials had provisionally cleared the deal last month and on Thursday confirmed the tie-up, which was first announced a year ago.

At the time the deal was announced, the companies said it would create a “full converged platform” for customers, and will mean an investment of £10 billion in the UK over the next five years.

A Phase 2 investigation found that the deal was unlikely to lead to any substantial lessening of competition for a number of reasons, it said.

https://uk.news.yahoo.com/virgin-media- ... 11315.html
“People assume that time is a strict progression of cause to effect, but *actually* from a non-linear, non-subjective viewpoint - it's more like a big ball of wibbly wobbly... time-y wimey... stuff.” - Steven Moffat
Top

Why Did It Take a Global Pandemic to Trigger the WFH Revolution?
We had the tools but lacked the imagination

I have a friend who lives on a farm and for years had connected to the Internet through a slow and prone-to-fail DSL (Digital Subscriber Line) link. He was okay living without Netflix, but as an attorney, he would have sorely liked to teleconference with clients, particularly after COVID-19 arrived. So he desperately needed a better Internet connection for his rural abode. Starlink, Elon Musk’s new satellite-based broadband service, fit the bill, so he signed up for its public beta test. Imagine how many people will follow in his footsteps when Starlink becomes fully operational.

The pandemic appears to have reversed the migration toward urban centers that has been going on since the start of the Industrial Revolution. People are now fleeing cities like San Francisco while rewriting the rules of office work. After all, why maintain expensive homes in or near a city when you can work from anywhere, via satellite?

The magnitude of the change that many people made over the last year cannot be overemphasized. Within hours of the planet effectively shutting down in mid-March 2020, many information-based businesses resumed operations, more or less unaffected. An entire population of office workers continued to carry out their daily tasks without skipping a beat. That is nothing less than miraculous. How could so many manage so painlessly to achieve this transformation?

Had the pandemic come along 30 years ago, the business world truly would have come to a stop as we withdrew into our homes. With very few personal computers around, fewer still with modems, and no Internet services to speak of, we would have struggled to connect with one another via landlines. Home schooling would have been conducted via mimeograph and mail drops. Office work would have been Xeroxed, carted home, and written out in pen.


Basically because humans are creatures of the status quo. The status quo wasn't broke, and there wasn't much social or financial incentive to change it. Only a black swan event could've caused the upheaval necessary.
And remember my friend, future events such as these will affect you in the future
Top

In dramatic scenes in the Pacific country of Samoa, the government has refused to convene parliament and allow a transition of power, locking the prime minister-elect and her supporters out of the parliament building.

Samoa’s parliament was due to convene on Monday to swear in a new government, more than a month after a knife-edge election, which has been followed by legal challenges, the calling of a second vote, and intense constitutional manoeuvring.

The election was the most closely-fought in the country’s history and saw the Human Rights Protection Party (HRPP), which has ruled Samoa for 39 years, challenged by the insurgent Faatuatua i le Atua Samoa ua Tasi (FAST) party, which was founded in June 2020.

https://www.theguardian.com/world/2021/ ... wearing-in
“People assume that time is a strict progression of cause to effect, but *actually* from a non-linear, non-subjective viewpoint - it's more like a big ball of wibbly wobbly... time-y wimey... stuff.” - Steven Moffat
Top

The Supreme Court of the United States handed down two unanimous decisions Monday — making the total a whopping four 9-0 decisions in a week’s time.

The first opinion released by SCOTUS on this morning was United States v. Palomar-Santiago, an immigration decision authored by Justice Sonia Sotomayor, in which the full court sided with the government and against the immigrant.

Next, in Territory of Guam v. United States, the justices ruled in favor of Guam, allowing the island to pursue the collection of funding from the U.S. government to remediate environmental pollution on the island.

D.C. Attorney General Karl A. Racine on Tuesday brought an antitrust complaint against Amazon, alleging that the e-commerce giant wields monopoly power that has resulted in higher prices for consumers.

Racine’s office accused the company of fixing prices through contract provisions with third-party sellers who peddle their products on its platform. The attorney general said that Amazon prevents sellers from offering their products at lower prices or on better terms on any other online platforms, including their own websites, and that that prohibition results in “artificially high” prices across e-commerce sales.

“Amazon has used its dominant position in the online retail market to win at all costs,” Racine (D) said in a statement. “It maximizes its profits at the expense of third-party sellers and consumers, while harming competition, stifling innovation, and illegally tilting the playing field in its favor.”

The suit follows years of Washington antitrust scrutiny of Amazon and comes as consumer advocates have called on the Biden administration to bring federal antitrust charges against the company. Biden recently nominated one of the company’s key critics, Lina Khan, to the Federal Trade Commission.