President Biden announced a new slate of judicial nominations on Wednesday, bringing his total picks for the federal bench to 32 judges since taking office this year.

The White House touted the nominations list as fulfilling the president’s promise of making the federal judiciary more diverse, noting that Ms. Sung would be the first Asian American and Pacific Islander judge from Oregon on the 9th Circuit and Mr. Bonilla would be the first Hispanic judge on the Court of Federal Claims.

Employers are paying up to address labor shortages
Source: axios

Employers are doing what they have to do to address persistent labor shortages: They’re offering more money.

Why it matters: The reopening of the U.S. economy is fueling demand for goods and services. But businesses have struggled to meet that demand because current pay rates aren’t attracting the qualified applicants that employers want.

By the numbers: The June jobs report on Friday showed average hourly earnings were up 0.3% month over month in June.

What they’re saying: "Getting workers back to the job site has not come cheap," Wells Fargo senior economist Sarah House writes. "Employers have had to pony up in industries where shortages have been particularly acute."

Tech giant Samsung Electronics has said it expects its quarterly profit to rise by 53% amid a global chip shortage.

The world's biggest memory-chip and smartphone maker forecast operating profit of $11bn (£8bn) for the three months to the end of June.

It said strong demand for memory chips had offset weaker sales of devices due to the shortage of components.

A year ago, in the first few months of the pandemic, Samsung saw sales of products such as phones and TVs slump.

Since then demand for electronics components has surged as people shifted more of their lives online, while many chip makers struggled to keep up with demand. 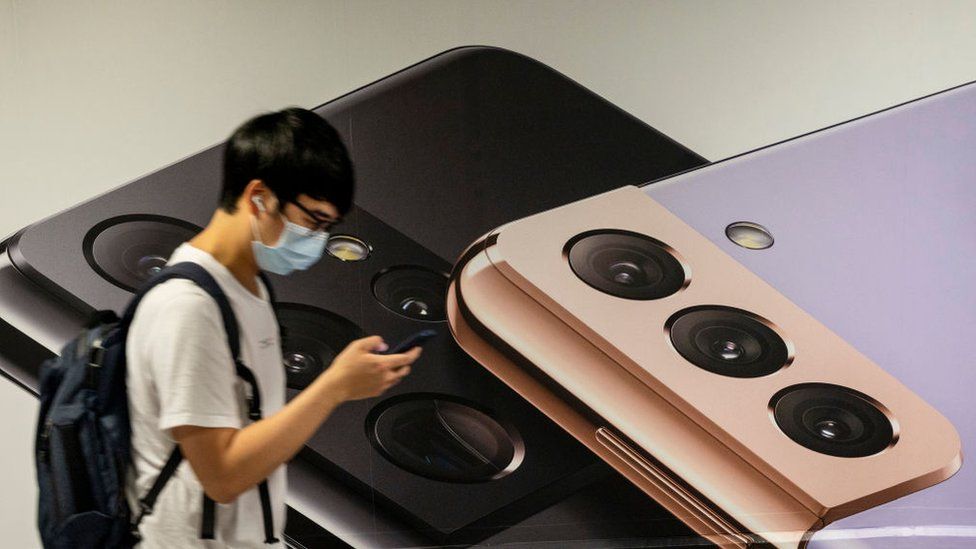 A 4-day workweek is the norm in Iceland. Could the same become true in the U.S.?

The coronavirus pandemic transformed the way we work almost overnight, most notably in the fact that for millions of Americans, cubicles and commutes disappeared from their way of life.

Yet there’s another, just as significant, change that could be happening to work — how much we do of it — and an overseas development could point the way.

Around 85% of workers in Iceland are currently, or on the way to, working four days a week instead of five. And even though they’re spending less time at their jobs, their pay hasn’t declined, according to new research by Autonomy, a U.K.-based think tank focused on labor’s future.

What has changed is workers’ productivity and well-being. They have actually gone up.

The banking and payments app Revolut has become the most valuable British fintech firm on record after a fresh funding round pushed its valuation to $33bn.

The company, founded by the former Lehman Brothers trader Nik Storonsky in 2015, announced on Thursday that it had raised $800m (£579m) from new investors Tiger Global Management and the major Japanese investment group SoftBank, which now hold a near 5% stake in the business.

It means the London-headquartered company is worth $33bn (£24bn), which is six times higher than last year, when it was valued at $5.5bn.

The news comes almost a month after Revolut revealed that its losses almost doubled last year to £207m despite cashing in on the cryptocurrency boom.

The banking app originally launched as a pre-paid card focused on offering free currency exchange to customers in 2015. It has since expanded to 34 other countries and adding business accounts, investments and wage advance to its financial services. It holds an EU banking licence but is still awaiting similar approval in the UK.

https://www.theguardian.com/business/20 ... ntech-firm
“People assume that time is a strict progression of cause to effect, but *actually* from a non-linear, non-subjective viewpoint - it's more like a big ball of wibbly wobbly... time-y wimey... stuff.” - Steven Moffat
Top

Florida's attorney general on Friday asked the Supreme Court to block federal health restrictions placed on the cruise ship industry amid the pandemic.

"The statute grants the CDC limited powers to enact traditional quarantine measures," the brief states. "It does not permit the agency to remake the entire cruise-ship industry."

The request was filed to Justice Clarence Thomas, who handles emergency matters arising from Florida and surrounding states and who can act on the application alone or refer the matter to the rest of the justices.


TOPEKA, Kan. (AP) — Union members at the Frito-Lay plant in Topeka have approved a new contract and will return to work Monday, ending a nearly three-week strike at the plant, union officials said.

Members of Local 218 of the Bakery, Confectionery, Tobacco Workers and Grain Millers union approved the contract Friday. It gives all union members a 4% pay raise over two years and guarantees workers at least one day off each week, The Topeka Capital-Journal reported.

More than 500 of the 850 employees represented by the union went on strike on July 5, complaining of a toxic work environment, forced overtime and a lack of pay raises.

Workers said the shifts were caused by a severe staffing shortage at the plant.

(ProPublica) Citing a ProPublica report on the high numbers of complaints about involuntary Chime account closures and other problems, Sherrod Brown asked the Consumer Financial Protection Bureau to lay out a plan for overseeing neobanks.

The chair of the Senate Banking, Housing, and Urban Affairs Committee is calling for the Consumer Financial Protection Bureau to evaluate the risks associated with apps that provide banking services, citing ProPublica’s article on Chime, the most widely downloaded of those apps.

In a letter sent today, Sherrod Brown, D-Ohio, wrote to the CFPB’s acting director, Dave Uejio, stating that “Chime’s abrupt, involuntary closures of its customers’ accounts” call for further “insight into the risks posed by nonbanks to consumers as well as the measures the Bureau is taking to address the risks by nonbank fintech companies and their affiliated banks.”

The letter asserted that “Chime’s account closures may increase the number of people in this country who do not have access to the financial services” they need. Being shut out of a banking app, the letter noted, “can cause lasting damage” to a person’s financial condition.

Earlier this month, ProPublica reported that Chime, which provides checking and savings accounts via an app — but isn’t actually a bank — has racked up an unusually large number of consumer complaints about locked accounts, inaccessible funds and slow resolution time. At the time of that article’s publication, Chime customers had filed 920 complaints with the federal Consumer Financial Protection Bureau since April 15, 2020. Customers had also filed 4,439 complaints against Chime at the Better Business Bureau, compared to 3,281 for Wells Fargo, a bank with six times as many customers

Walmart will begin offering free college tuition and books to its 1.5 million U.S. employees, the latest effort by the country’s largest private employer to attract and retain workers in a tight labor market.

The retail giant said Tuesday that it will invest nearly $1 billion over the next five years in career training and development programs for workers who want to pursue majors in high-demand fields, such as business administration, supply chain and cybersecurity. The company had previously required its Walmart and Sam’s Club workforce to pay $1 a day to participate in the program....

Walmart’s Live Better U education program, which will be free beginning Aug. 16, was created three years ago to help employees advance within the company. Workers can choose from 10 academic partners, including the University of Arizona, the University of Denver, Purdue University Global and Southern New Hampshire University. More than 52,000 employees have participated and 8,000 have graduated since 2018.

“Our education offerings tie directly to our growth areas at Walmart, and what better way to fill the pipeline of future talent than with our own associates,” Stomski said.