The Battles to Come Over the Benefits of Working From Home

Not having to commute was the equivalent of a big bonus for many employees. In the future, bosses may expect more hours in exchange for remote work, an economist says.

In the future, bosses may expect more hours in exchange for remote work, an economist says.

Which obviously will backfire, in a big way.
To know is essentially the same as to not to know. The only thing that occurs is entropy.
Top

The surprising toll open-plan offices have on our mental health

If you’ve ever felt your noisy open-plan office makes you cranky and sends your heart racing, our new research shows you aren’t imagining it.

One advantage of more employees working from home at least some of the time is a less crowded office, reducing both visual and auditory distractions. 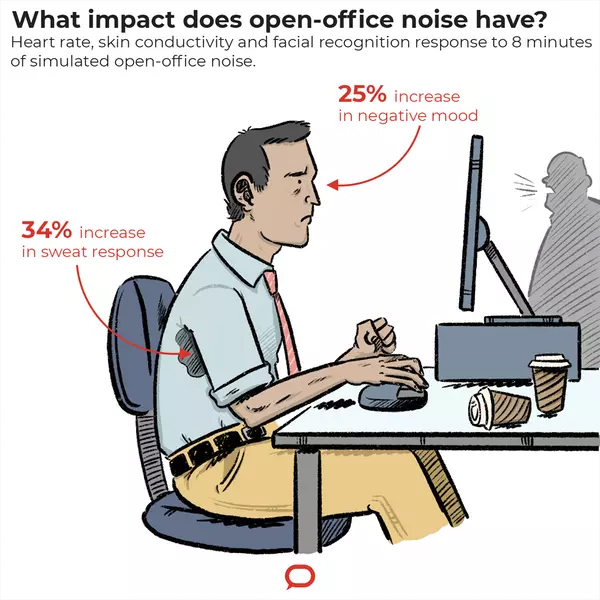 David Gross, an executive at a New York-based advertising agency, convened the troops over Zoom this month to deliver a message he and his fellow partners were eager to share: It was time to think about coming back to the office.

Mr. Gross, 40, wasn’t sure how employees, many in their 20s and early 30s, would take it. The initial response — dead silence — wasn’t encouraging. Then one young man signaled he had a question. “Is the policy mandatory?” he wanted to know.

Yes, it is mandatory, for three days a week, he was told.

Thus began a tricky conversation at Anchor Worldwide, Mr. Gross’s firm, that is being replicated this summer at businesses big and small across the country. While workers of all ages have become accustomed to dialing in and skipping the wearying commute, younger ones have grown especially attached to the new way of doing business.

In a recent survey by the Conference Board, 55 percent of millennials, defined as people born between 1981 and 1996, questioned the wisdom of returning to the office. Among members of Generation X, born between 1965 and 1980, 45 percent had doubts about going back, while only 36 percent of baby boomers, born between 1946 and 1964, felt that way.

The surprising toll open-plan offices have on our mental health

I am so happy folks are starting to notice that, and that it was not just me. I worked in what I presume is meant by an "open-plan" office and found it to be a miserable experience. Part of being relocated into such an office was the loss of my own personal private office. Much preferable, largely for the reasons discussed in the article that followed the cited title. I wouldn't be surprised if the cost of the additional walls needed for such privacy was more than made up for in increased productivity. I suppose working from home would be even better, assuming that workers could avoid the distractions that being at home might create.
Top

Forcing people to return to offices is wrongheaded, says Starmer

Ministers, civil service leaders and employers are “wrongheaded” to be trying to make people come back to the office against their will, and should not be standing in the way of progress around working from home, Keir Starmer has said.

Speaking to the Guardian, the Labour leader said it was wrong for people to be forced back into offices when it was the government that had asked them to work from home in the first place, especially if they were being threatened with pay cuts or the loss of London weighting from their salaries.

He said that this “misses a deeper understanding of what the pandemic has done to change our society”, as the move to more flexibility had been one of the few good things to have come out of the last 18 months.

“I just think it’s wrongheaded,” he said. “People were asked to work at home. And they did, and they worked very hard. The idea now that people are being threatened, if they don’t come in when there’s no good reason – it’s wrong.”

He said it had been learned in the pandemic that “there are many jobs where you can do them at home and people work very well and hard from home, we’ve absolutely destroyed the myth of people working at home [are] not really working”. 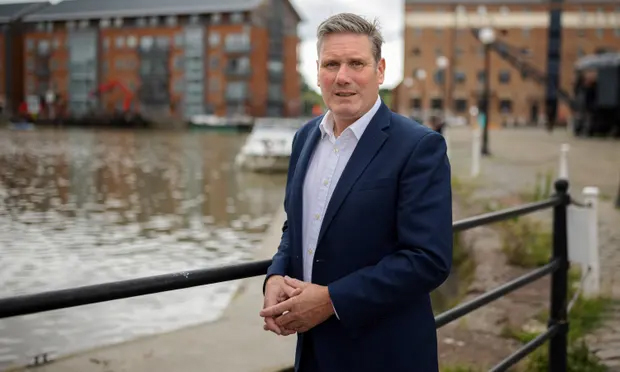 State Street, one of the world's largest asset managers, is shutting down its two midtown Manhattan offices as the Wall Street firm embraces a hybrid working model.

The move by State Street (STT), the company behind the "Fearless Girl" statue outside the New York Stock Exchange, underscores the pressure facing the commercial real estate market as the pandemic changes the way people work.

State Street, which manages about $3.5 trillion, is closing both of its offices located near Rockefeller Center. The move will impact approximately 500 employees who previously worked there, a person familiar with the matter told CNN.

Working from Home While Your Boss Watches on Video
by Jim Hightower
August 18, 2021

(Other Words) If you’re a corporate employee, you know that something unpleasant is afoot when top executives are suddenly issuing statements about how committed they are to their employees, making sure that all of them are treated with dignity and respect.

For example, the PR chief of a global outfit named Teleperformance, one of the world’s largest call centers, was recently going on and on about how “We value our people and their well-being, safety, and happiness.”

Why did the corporation feel such a desperate need to proclaim its virtue? Because it’s been caught in a nasty scheme to spy on its own workers.

Teleperformance — a $6.7 billion global behemoth that handles customer service calls for companies like Amazon, Apple, and Uber — saves money on overhead by making most of its 380,000 employees around the world work from their own homes.

That can be a convenience for many workers, but a new corporate policy first imposed in March on thousands of its workers in Colombia is an Orwellian nightmare.

With the latest wave of return-to-office delays from Covid-19, some companies are considering a new possibility: Offices may be closed for nearly two years.

That is raising concerns among executives that the longer people stay at home, the harder or more disruptive it could be to eventually bring them back.

Many employees developed new routines during the pandemic, swapping commuting for exercise or blocking hours for uninterrupted work. Even staffers who once bristled at doing their jobs outside of an office have come to embrace the flexibility and productivity of at-home life over the past 18 months, many say. Surveys have shown that enthusiasm for remote work has only increased as the pandemic has stretched on.

“If you have a little blip, people go back to the old way. Well, this ain’t a blip,” said Pat Gelsinger, chief executive officer of Intel Corp. , whose company has benefited from the work-from-home boom. He predicts hybrid and remote work will remain the norm for months and years to come. “There is no going back.”

Return dates have been postponed repeatedly. On Thursday, Apple Inc. told corporate employees that its planned return to U.S. offices would be delayed until at least January. Companies such as Chevron Corp. and Wells Fargo & Co. have postponed September returns, while tech companies such as Amazon.com Inc. and Facebook Inc. have pushed them to early next year. Lyft Inc. said it would call employees back to its San Francisco headquarters in February, about 23 months after the ride-sharing company first closed its offices.