The population of a rare type of antelope has more than doubled since 2019, in a remarkable turn around in fortunes.

According to the first aerial survey in two years, the number of saiga in their Kazakhstan heartland has risen from 334,000 to 842,000.

There were fears the animal was on the brink of extinction following a mass die-off in 2015.

Distressing images of carcasses strewn over the steppes made world headlines.

Following a series of conservation measures, including a government crackdown on poaching, and local and international conservation work, numbers have started to bounce back. 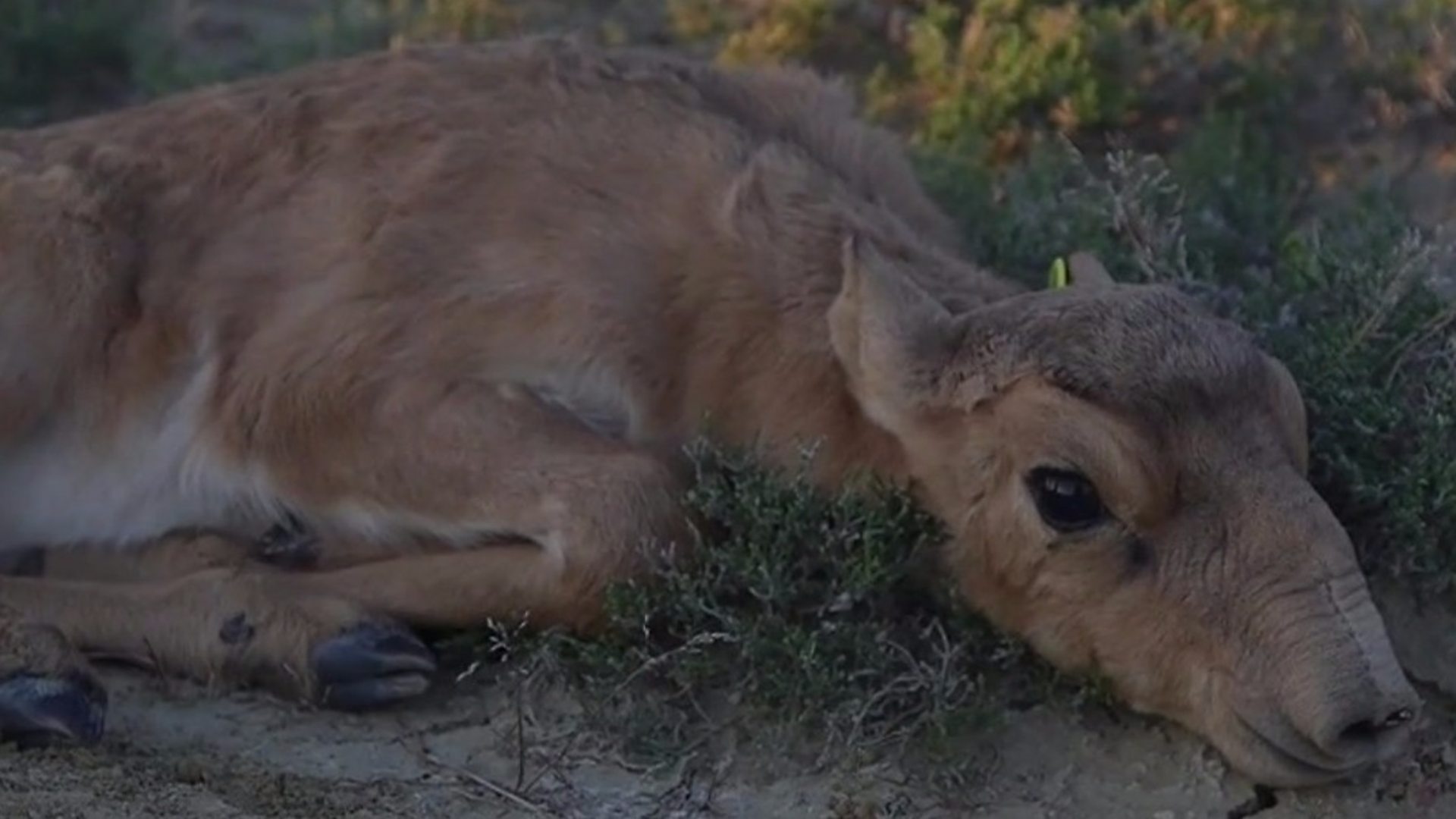 Giant pandas have been downgraded from endangered to vulnerable, after their population in the wild reached 1,800, officials in China have said.

The animals were first reclassified as vulnerable by the International Union for Conservation of Nature (IUCN) in 2016, when it removed the giant panda from its endangered species list.

The decision was met with backlash from Chinese officials, who argued at the time that it may lead people into believing that efforts to help increase the population could be relaxed.

The Chinese government ever since has been cautious in its welcome of the change in panda status, as they had maintained the animals were still under serious threat.

The latest classification developments "reflects their improved living conditions and China's efforts in keeping their habitats integrated", said Cui Shuhong, head of the Ministry of Ecology and Environment's Department of Nature and Ecology Conservation at a press conference. 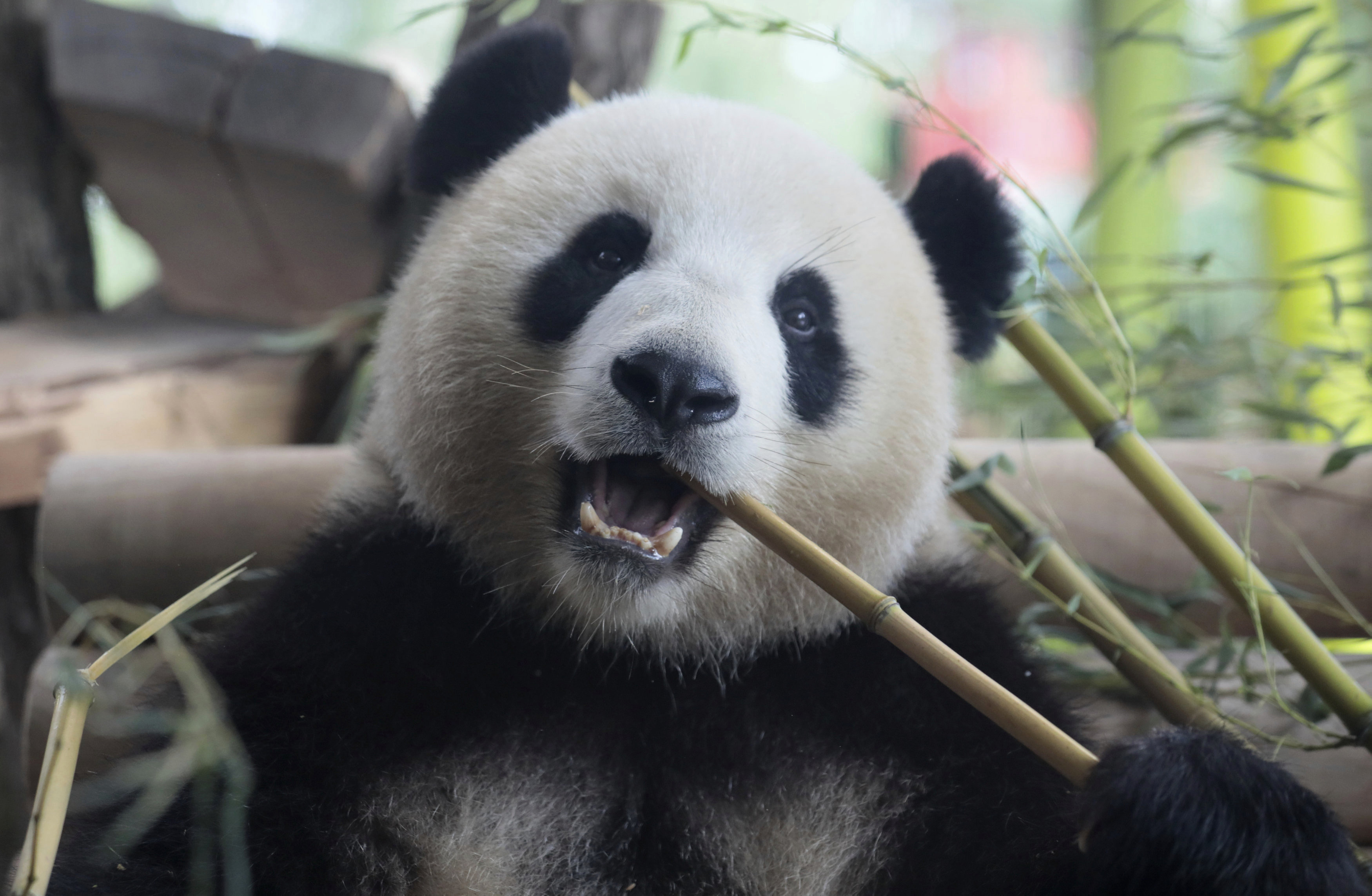 Tuna bounce back, but sharks in 'desperate' decline

Tuna are starting to recover after being fished to the edge of extinction, scientists have revealed.

Numbers are bouncing back following a decade of conservation efforts, according to the official tally of threatened species.

But some tuna stocks remain in severe decline, said the International Union for the Conservation of Nature (IUCN), which compiles the extinction Red List.

It said pressures on marine life are continuing to grow.

And almost four in ten sharks and rays are now threatened with extinction.

Meanwhile, on land, the Komodo dragon is moving closer to oblivion. The heaviest lizard on Earth faces threats from climate change, with fears its habitat could be affected by rising sea levels. 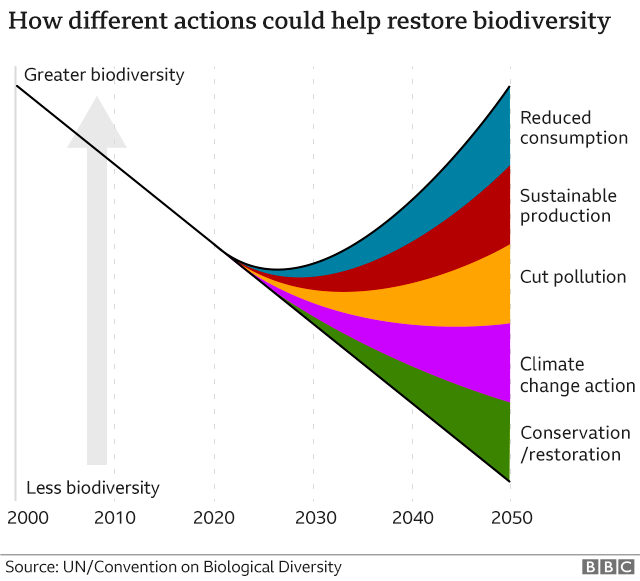 Planting a Vision: Why the Secret to Rewilding Success is About People, Not Trees

(The Guardian) A hunter, conservationist and psychologist are working on a rewilding project. It sounds like the start of a joke, though the antics of this unlikely trio have not ended in a punchline but one of the UK’s largest land restoration projects.

They have been collaborating on the Affric Highlands scheme, which covers an array of woodlands, peatlands, montane, river and coastal habitats between the west coast of Scotland and Loch Ness. The aim of the project, announced this week, is to rewild half a million acres (200,000 hectares) of land – by rewilding the people who live in it.

Conservation manager Alan McDonnell, who works for the rewilding charity Trees for Life, has been leading the project, formerly known as East West Wild. He has spent more than two years getting land managers, animal stalkers, millionaires and farmhands to sit around a table and talk about getting wildlife back to the land. “We wanted to speak to as many people as possible before making it a public thing, so that people didn’t feel as if they were pressured into being a part of it,” says McDonnell.

Rewilding is often perceived as trying to remove people – particularly farmers – from the land. In many rural communities, talking about rewilding gets a similar response to insulting someone’s mother. “For some people, just the Trees for Life badge, or the word ‘rewilding’, means that’s it … I might be here talking to you, but we’re not actually having a conversation,” says McDonnell, who called in psychologist Paul Howell to help.

The following blog may have been written some time ago, but I only recently came upon it. I think it is a good example of "rewilding" success here on the central coast of California.

(Sea Otter Savvy) “With the near extinction of sea otters during the fur trade, our coastal ecosystems were radically downgraded and simplified. The organisms sea otters had evolved alongside suddenly lost the main predator that kept them in check. Subsequent generations of Californians didn’t know anything else, but as sea otters reclaim their historic range, I expect we will continue to discover far-reaching ecological effects that we hadn’t anticipated. The truth is, we don’t even really know what we’re missing.”-Lilian Carswell, US Fish and Wildlife Service Southern Sea Otter Recovery Coordinator.

High metabolism means they control numbers of their prey species

Sea otters live in a cold ocean environment and rely on two traits to keep warm: a dense fur coat for insulation and very high metabolism to generate body heat. This metabolism needs to be continually stoked with energy in the form of food, and sea otters must consume as much as 25% of their body weight each day in order to stay warm and survive. Sea otters are carnivores that feed on an array of marine species—mostly invertebrates like crabs, clams, urchins, snails and worms. Their appetite for these invertebrate species exerts a strong influence on prey size and number and how they live and move in their habitat.

Sea otters were hunted to near extinction during the maritime fur trade of the 1700 and 1800s. A population that once extended continuously along the North Pacific Rim was reduced to a few small remnant colonies. In the 1970s, a scientist named Dr. James Estes recognized that he could study the influence of sea otters on other species in their environment by comparing the coastal habitats in Alaska’s Aleutian Islands where sea otters had recovered to similar places where sea otters were absent. Dr. Estes found that the presence of sea otters had a dramatic effect on coastal habitats (see case in linked article). Since then, this kind of comparative study has been carried out in other parts of Alaska, Canada, Washington state, Russia and California.

Turns out the role that Sea Otters play in fostering a healthy coastal environment may be even greater than the previous article would have you think.

Seagrass Has More Sex When Otters are Around
by Cathleen O'Grady
October 14, 2021

(Science) When sea otters dig for clams in seagrass meadows, they leave a pockmarked “moonscape” in their wake. It’s “full of craters, just pits everywhere,” says Erin Foster, an ecologist at the Hakai Institute. But this rough treatment may be doing the otherwise lush meadows a reproductive favor: Foster and her colleagues have found the seagrass meadows in these areas are much more genetically diverse—and thus resilient—than they are in places without otters.

It’s a “major advance” says Dalhousie University marine ecologist Boris Worm, who wasn’t involved with the work. The study, he says, shows “large animals may help to actively maintain the quality and resilience of their habitat.”

Seagrass—a terrestrial plant that made its way back into the oceans—has two methods of reproducing. It can clone itself by sending out roots that pop up new shoots, which are genetically identical to the parent plant. Or it can reproduce sexually by flowering and dispersing seeds.

Foster and her colleagues were interested in eelgrass, a type of seagrass found in the cool waters of the North Pacific Ocean. They thought the stress of the otter disturbance might cause the eelgrass to flower more—which it tends to do under stress—and might also clear new spots on the sea floor where seedlings could flourish.

The researchers compared sections of DNA in 462 eelgrass shoots from 15 different meadows off the coast of British Columbia. In six of the meadows, otters had been living comfortably for more than 30 years; in six, the animals had been absent for more than 100 years, having never returned since being wiped out by human hunters; and in three, otter populations had only been re-established in the past 10 years.

An otter floats above an eelgrass meadow.
Joe Tomoleoni/USGS
Top

A pioneering project to return white-tailed eagles to Norfolk for the first time in 200 years has been cancelled at the last minute to the dismay of conservationists.

The UK’s largest birds of prey were to be released at Wild Ken Hill, the estate that is home to the BBC’s Autumnwatch programme, from next year, with plans to set 60 birds loose over 10 years.

A survey found 91% of local people supported the plans and almost £10,000 was raised through crowdfunding. The estate asked for money to relocate the birds from Poland and build them a temporary home in the grounds while they got used to their new habitat.

Natural England insiders said they were disappointed by the project’s cancellation and said the decision was not theirs.

Sources told the Guardian that local estate owners were worried that the eagles would predate rare wading birds on the wetlands in north Norfolk, as well as interfere with shooting interests by eating pheasants and partridge. There was also vocal opposition from some farmers, who feared the eagles would kill livestock including lambs and piglets.