Energy & the Environment News and Discussions

Breeding better crops through genetic engineering has been possible for decades, but the use of genetically modified plants has been limited by technical challenges and popular controversies. A new approach potentially solves both of those problems by modifying the energy-producing parts of plant cells and then removing the DNA editing tool so it cannot be inherited by future seeds. The technique was recently demonstrated through proof-of-concept experiments published in the journal Nature Plants by geneticists at the University of Tokyo.

"Now we've got a way to modify chloroplast genes specifically and measure their potential to make a good plant," said Associate Professor Shin-ichi Arimura, who leads the group that performed the research.


The fast-moving decline and extinction of many species of detritivores—organisms that break down and remove dead plant and animal matter—may have dire consequences, an international team of scientists suggests in a new study.

The researchers observed a close relationship between detritivore diversity and plant litter decomposition in streams, noting that decomposition was highest in waters with the most species of detritivores—including aquatic insects such as stoneflies, caddisflies, mayflies and craneflies, and crustaceans such as scuds and freshwater shrimp and crabs.


DES MOINES — A federal appeals court on Friday threw out a Trump-era Environmental Protection Agency rule change that allowed for the sale of a 15% ethanol gasoline blend in the summer months.

The decision deals a significant blow to the ethanol industry and corn farmers who grow the crop from which the fuel additive is made. They had anticipated increased ethanol demand through year-round sales of the higher blend.

Most gasoline sold in the U.S. today is blended with 10% ethanol. Corn farmers and ethanol refiners have pushed for the government to allow the widespread sale of a 15% ethanol blend.

The Trump administration made the change to fulfill a campaign promise to Midwest farmers. The EPA under President Donald Trump announced the change in May 2019, ending a summer ban on the E15 blend. Provisions of the Clean Air Act have prohibited the sale of certain fuels with a higher volatility from June 1 through Sept. 15 to limit smog. Congress has allowed 10% ethanol, and the EPA in its 2019 ruling revised the interpretation of the exemption to federal law to include the 15% ethanol blend.

Most gasoline sold in the U.S. today is blended with 10% ethanol. Corn farmers and ethanol refiners have pushed for the government to allow the widespread sale of a 15% ethanol blend.

About 100 additional wolves died over the winter in Wisconsin as a result of the delisting of grey wolves under the Endangered Species Act, alongside the 218 wolves killed by licensed hunters during Wisconsin's first public wolf hunt, according to new research.

The combined loss of 313 to 323 wolves represents a decline in the state's wolf population of between 27% and 33% between April 2020 and April 2021. Researchers estimate that a majority of these additional, uncounted deaths are due to something called cryptic poaching, where poachers hide evidence of illegal killings.

The findings are the first estimate of Wisconsin's wolf population since the public hunt in February, which ended early after hunters exceeded the quota of 119 wolves within a few days. These population estimates can help the Wisconsin Department of Natural Resources (DNR) prepare for the next legally mandated wolf hunt this fall.

A water disinfectant created on the spot using just hydrogen and the air around us is millions of times more effective at killing viruses and bacteria than traditional commercial methods, according to scientists from Cardiff University.

Reporting their findings today in the journal Nature Catalysis, the team say the results could revolutionise water disinfection technologies and present an unprecedented opportunity to provide clean water to communities that need it most.

Their new method works by using a catalyst made from gold and palladium that takes in hydrogen and oxygen to form hydrogen peroxide – a commonly used disinfectant that is currently produced on an industrial scale.

Over four million tonnes of hydrogen peroxide are made in factories each year, where it is then transported to the places it is used and stored. This means that stabilising chemicals are often added to the solutions during the production process to stop it degrading but these reduce its effectiveness as a disinfectant.

Another common approach to disinfecting water is the addition of chlorine; however, it has been shown that chlorine can react with naturally occurring compounds in water to form compounds which, in high doses, can be toxic to humans.

Satellites Can Track Microplastics From Space
by Andy Tomaswick
July 7, 2021

(Universe Today) Sometimes simple and elegant solutions are all that is needed to solve a problem. One problem that was searching for a solution was how to track microplastics. These small particles of plastics are what results after the sun and friction (such as ocean waves) break down larger plastic objects. They have become a huge problem in the ocean, wreaking havoc on ecosystems and their constituent organisms. Now, a team from the University of Michigan have used data originally collected to monitor hurricanes to try to track microplastics, potentially helping to reign in a problem that threatens to engulf the world’s oceans.

The data the team used was collected by NASA’s Cyclone Global Navigation Satellite System (CYGNSS). CYGNSS is a constellation of 8 microsatellites that launched in 2016 and normally monitors weather and ocean patterns to keep track of hurricanes. Specifically they were interested in data collected on ocean roughness – or how choppy the ocean is. Though placid oceans are not caused by only a single factor, one factor that contributes to it is the amount of debris in the ocean at a given location.

Much of that debris is made up of microplastics. So the researchers theorized that calmer water would result from high concentrations of microplastics. To find the calming effect of those microplastics though, they first had to control for another factor impacting choppiness – wind speed. Luckily, CYGNSS also has data on wind speeds at the same locations it collected data on ocean roughness.

With proper controls in place, the researchers then compared areas of calm seas with the areas of concentrated microplastics, as predicted by models. They matched up particularly well, lending credence to the idea that microplastics could be tracked via remote sensing of ocean roughness.

The world’s wind and solar energy capacity grew at a record rate last year while the oil industry recorded its steepest slump in demand since the second world war, according to BP.

The impact of coronavirus lockdowns on the energy industry led carbon emissions to plummet by 6% on the year before, the sharpest decline since 1945, according to BP’s annual review of the energy sector.

But the report says the impact of Covid on carbon emissions needs to be replicated every year for the next three decades if governments hope to limit global heating to 1.5C above pre-industrial levels.

“Yes, they were the biggest falls seen for 75 years,” said Spencer Dale, BP’s chief economist. “But they occurred against the backdrop of a global pandemic and the largest economic recession in postwar history. The challenge is to reduce emissions without causing massive disruption and damage to everyday lives and livelihoods.”

The 1600W Moorburg hard coal (black coal) power station in Hamburg was closed down for good on July 7, reported public broadcaster Tagesschau, just six years after it was opened.

After successfully participating in a government decommissioning tender for payment in return for an early shut down, the 1600MW plant had stopped market operation at the end of 2020 and was only kept operational as a back-up reserve.

According to the German coal exit law, the last coal plant will be shuttered by 2038. While there is a strict timeline for the closure of lignite (brown coal) stations, hard coal stations and small lignite plants can participate in the tender scheme, deciding for themselves when compensation becomes more financially viable than the continued generation of fossil fuel electricity.

NGO Robin Wood said that Moorburg’s end will reduce annual greenhouse gas emissions by up to eight million tonnes. However, other commentators have pointed out that it would be more prudent to close older, more polluting plants first.

India received no bids for 48 of the 67 mines up for sale as part of its plan to open up coal mining to private companies, reflecting little investor appetite for a sector clouded by environmental concerns and low margins.

Prime Minister Narendra Modi last year offered financial incentives to the private sector and removed restrictions on the end-use of the fuel in a bid to reduce imports and make India a net coal exporter.

India has the world's fourth largest coal reserves and is the second largest coal consumer, importer and producer.

In a statement released late on Friday after a deadline for the submission of technical bids, the coal ministry said only 19 of the 67 mines had drawn interest. 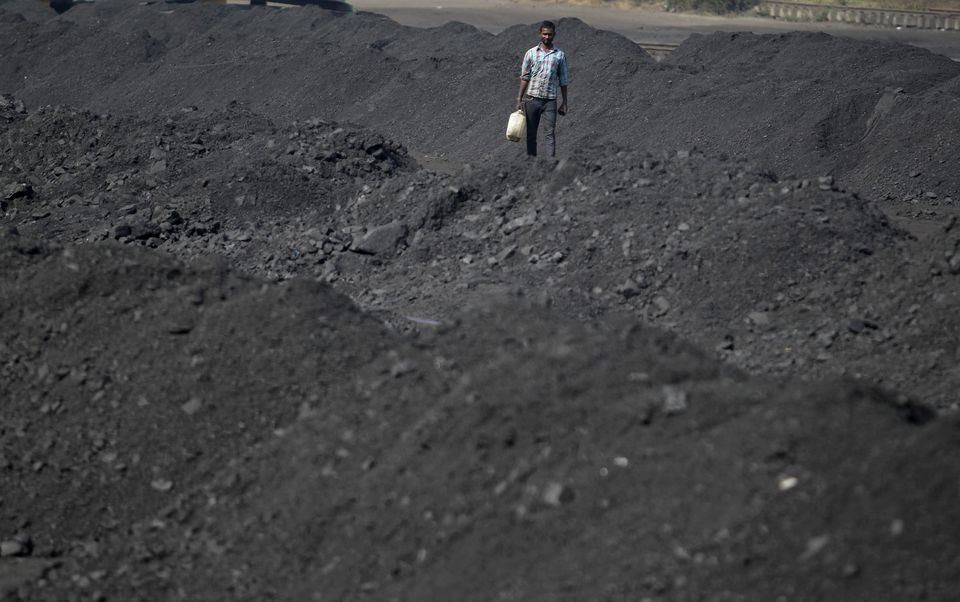