I wonder what the huge swath of this air pollution from the forest fires will do to our farms that span most of the Midwest and ultimately in the food we eat?
To know is essentially the same as to not to know. The only thing that occurs is entropy.
Top

^^^Good question. I haven't seen any real studies on that. I do know that air pollution is thought to reduce crop yields. Whether the pollutants make it into the actual food is a trickier question. Does the pollution bio-accumulate, or does the growth process filter out such poisons?


In regards to what I came here to post - remember when Russophiles were telling us that global warming would benefit Russia because it would make Siberia more habitable?

(Common Dreams) A monitoring service warned Wednesday that the Siberian city of Yakutsk is experiencing an "airpocalypse" as devastating wildfires engulf the typically frigid—but, thanks to the climate crisis, increasingly warm—region in toxic smoke.

Throughout late Wednesday afternoon and early evening local time, according to Plume Labs, air quality in Yakutsk ranged from "dire" to "extreme" to "airpocalypse," categories that indicate dangerous levels of pollutants in the atmosphere. Earlier this week, Yakutsk was forced to suspend flights at its airport due to poor visibility.

"High levels of particulate matter and possibly also chemicals including ozone, benzene, and hydrogen cyanide are thought likely to make this one of the world's worst ever air pollution events," The Guardian reported, referring to the fires that have scorched 3.7 million acres of land in northeastern Siberia in recent days.

Alexey Yaroshenko, head of the forest department at Greenpeace Russia, told the U.K.-based newspaper that "for many years, propaganda has made people think that the climate crisis is a fiction, and if not fiction, that it will only benefit Russia, since it will become warmer and more comfortable."

"Now the situation is starting to change," said Yaroshenko. "Little by little, people are beginning to understand that the climate is really changing, and the consequences are really catastrophic. But the majority of society and the majority of politicians are still very far from understanding the real scale of the problem."


A couple has been charged with starting a California wildfire that killed a firefighter. Refugio Manuel Jimenez Jr. and Angela Renee Jimenez were indicted Monday, according to San Bernardino District Attorney Jason Anderson in a press conference.

The conflagration, which authorities call the El Dorado Fire, started in the park of the same name on September 5, 2020, near Yucaipa, California, according to officials. It burned 22,680 acres, and killed Charlie Edward Morton, who worked with the San Bernardino National Forest for 14 years. Five homes and 15 structures were destroyed; four residences were damaged. The wildfire also resulted in 13 injuries. Two firefighters were hurt, Anderson said.

Just came across this article (see below) concerning the use of fire in sugar cane growing. I also remember that natives in California used fire. It is a little unclear to me whether California natives use of fire solely was for the purpose of forcing rabbits out of hiding where they could be captured, or if there was also some intentional land use management going on. Also, as I recall, in Brazil fires were set for the purpose of clearing land for cattle grazing.

The Smoke Comes Every Year.
Sugar Companies Say the Air Is Safe.
by Lulua Ramadan
July 8, 2021

(ProPublica) In the fall of 2019, brothers Donovan and Jayceon Sonson spent eight weeks lying in hospital beds, struggling to breathe.

The young boys, then 5 and 6 years old, had developed upper respiratory infections on top of the severe asthma they’d had since they were toddlers.

Anytime they left their apartment, they took their “medicine box,” a plastic bin filled with red inhalers, prescribed steroids and a pink nebulizer shaped like a kitten. When the hospital released the boys just before Thanksgiving, doctors sent the family home with guidance on how to protect the boys from future episodes.

Among the instructions: “Keep your child away from secondhand smoke.”

Thelma Freeman, the boys’ grandmother, stared at the note. She didn’t smoke. Neither did anyone in her home. The problem was all around her, she thought, coming not from smokers but from an industry that provides thousands of jobs in her town: sugar.


BLY, Ore. (AP) — The nation’s largest wildfire raged through southern Oregon on Friday but crews were scaling back some night operations as hard work and weaker winds helped reduce the spread of flames even as wildfires continued to threaten homes in neighboring California.

The Bootleg Fire, which has destroyed an area half the size of Rhode Island, was 40% surrounded after burning some 70 homes, mainly cabins, fire officials said.

At least 2,000 homes were ordered evacuated at some point during the fire and an additional 5,000 were threatened.

The upper eastern edge of the blaze continued to move toward Summer Lake, jumping fire lines on Thursday and prompting a local evacuation order for some portions of Lake County to be raised to “go now!,” fire officials said.


BLY, Ore. (AP) — Out-of-state crews headed to Montana Saturday to battle a blaze that injured five firefighters as the West struggled with a series of fires that have ravaged rural lands and destroyed homes.

Progress was being made on the nation’s largest blaze, the Bootleg Fire in Oregon, but less than half of it had been contained, fire officials said. The growth of the sprawling fire had slowed but thousands of homes remained threatened on its eastern side, authorities said.

In California, Gov. Gavin Newsom on Friday proclaimed a state of emergency for four northern counties because of wildfires that he said were causing “conditions of extreme peril to the safety of persons and property.” The proclamation opens the way for more state support.

On Saturday, fire crews from California and Utah were coming to Montana, Gov. Greg Gianforte announced. Five firefighters were injured Thursday when swirling winds blew flames back on them as they worked on the Devil’s Creek fire burning in rough, steep terrain near the rural town of Jordan. 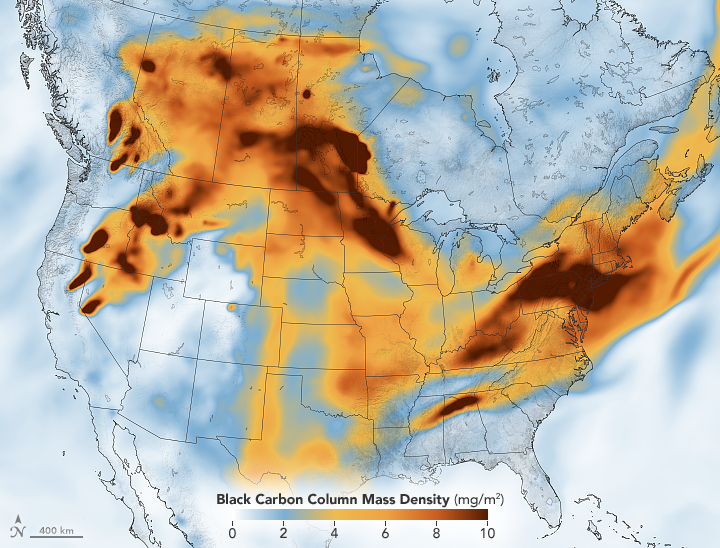 The Dixie fire, which started July 14, had already leveled over a dozen houses and other structures when it tore through the tiny community of Indian Falls after dark.

An updated damage estimate was not immediately available, though fire officials said the blaze has charred more than 181,000 acres (73,200 hectares) in Plumas and Butte counties and was 20% contained.

The fire was burning in a remote area with limited access, hampering firefighters’ efforts as it charged eastward, fire officials said. It has prompted evacuation orders in several small communities and along the west shore of Lake Almanor, a popular area getaway.

(CNN)California's largest wildfire has destroyed multiple buildings and is threatening thousands more as the battle against the blaze stretched into its 12th day. Low moisture in vegetation and limited access in the remote area have hampered firefighters, officials said.

The Dixie Fire had grown to 190,625 acres and was 21% contained as of Sunday morning, according to Cal Fire, with more than 5,000 firefighters and personnel fighting the fire.

The fire, which began July 14, has destroyed 16 structures -- residential, commercial and otherwise -- Cal Fire officials said in an update Sunday. More than 10,700 structures in Butte and Plumas Counties are threatened.

The Dixie Fire remained active overnight, officials said. It "continues to burn in a remote area with limited access, and extended travel times with steep terrain are hampering control efforts."

Flames consume a home as the Dixie Fire tears through the Indian Falls community in Plumas County.


Pockets of the American West continued to burn over the weekend, as another nine large fires were reported on Saturday in California, Idaho, Montana and Oregon.

The 87 fires still active in 13 states have consumed more than 1.7 million acres. Just shy of 3 million acres have been scorched since the start of 2021, with months left in what experts predict will be a devastating fire season.

In southern Oregon, the Bootleg Fire has become the largest active blaze in the country. The 413,000-acre inferno was contained at 56%, as of Saturday night. A fire line has been constructed around the entire perimeter, ranging from 100 to 150-feet wide between the burn and unburned areas. However, that fire line may have to double, up to 300 feet, to prevent the fire from spreading.

The U.S. Forest Service is predicting critical fire weather over the weekend in the Bootleg Fire area. Drought conditions, combined with low humidity and strong winds, could increase fire activity, potentially carrying embers and creating nearby spot fires. Residents in neighboring Lake County have been advised to be prepared to evacuate should things take a turn for the worst. Officials don't anticipate the fire to be entirely contained until the beginning of October.