by Yuli Ban
In a proof of concept study, researchers developed self-propelled microrobots that can swim, attach to plastics and break them down

Small pieces of plastic are everywhere, stretching from urban environments to pristine wilderness. Left to their own devices, it can take hundreds of years for them to degrade completely. Catalysts activated by sunlight could speed up the process, but getting these compounds to interact with microplastics is difficult.
In a proof-of-concept study, researchers reporting in ACS Applied Materials & Interfaces ("A Maze in Plastic Wastes: Autonomous Motile Photocatalytic Microrobots against Microplastics") developed self-propelled microrobots that can swim, attach to plastics and break them down.

Light-driven molecular motors have been around for over 20 years. These motors typically take microseconds to nanoseconds for one revolution. Thomas Jansen, associate professor of physics at the University of Groningen, and Master's student Atreya Majumdar have now designed an even faster molecular motor. The new design is driven by light only and can make a full turn in picoseconds using the power of a single photon. Jansen says, "We have developed a new out-of-the-box design for a motor molecule that is much faster." The design was published in The Journal of Physical Chemistry Letters on 7 June.

The new motor molecule design started with a project in which Jansen wanted to understand the energy landscape of excited chromophores. "These chromophores can attract or repel each other. I wondered if we could use this to make them do something," explains Jansen. He gave the project to Atreya Majumdar, then a first-year student in the Top Master's degree program in Nanoscience in Groningen. Majumdar simulated the interaction between two chromophores that were connected to form a single molecule.

In a proof-of-concept study, researchers reporting in ACS Applied Materials & Interfaces ("A Maze in Plastic Wastes: Autonomous Motile Photocatalytic Microrobots against Microplastics") developed self-propelled microrobots that can swim, attach to plastics and break them down.

This is a really interesting concept and I like the idea. Still, I do have a couple of questions that the article does not seem to really address.

Researchers from Northwestern University in Illinois have created a sponge-like material capable of removing up to 99 percent of phosphate ions in polluted water.

The “sponge,” technically known as the Phosphate Elimination and Recovery Lightweight (PEARL) membrane, is coated with nanostructures that bind to the phosphate ions. By fine-tuning the pH level of the sponge, the researchers can make it so that the sponge releases the ions. This allows them to use the sponge multiple times.

“We used to reuse phosphate a lot more,” lead author Stephanie Ribet said in a statement. Now, we simply pull more phosphorus out of the ground, use it once and flush it down the drain after use, where it ends up polluting water sources. “So, it’s a pollution problem, a sustainability problem and a circular economy problem,” added Ribet.

Their findings appeared online in Proceedings of the National Academy of Science. 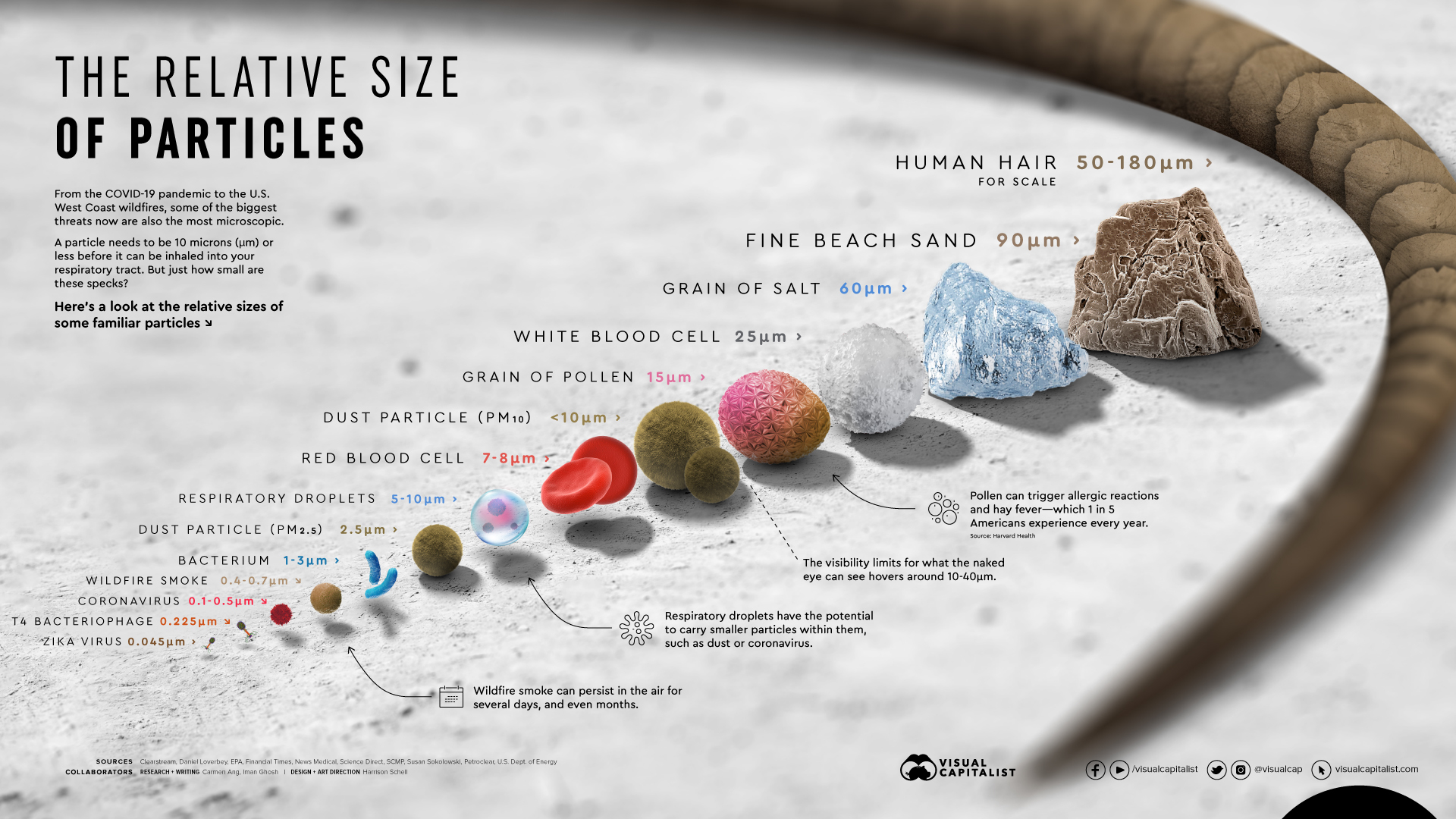 
Researchers at North Carolina State University have demonstrated a low-cost technique for retrieving nanowires from electronic devices that have reached the end of their utility, and then using those nanowires in new devices. The work is a step toward more sustainable electronics.

"There is a lot of interest in recycling electronic materials because we want to both reduce electronic waste and maximize the use we get out of rare or costly materials," says Yuxuan Liu, first author of a paper on the work and a Ph.D. student at NC State. "We've demonstrated an approach that allows us to recycle nanowires, and that we think could be extended to other nanomaterials—including nanomaterials containing noble and rare-earth elements."

"Our recycling technique differs from conventional recycling," says Yong Zhu, corresponding author of the paper and the Andrew A. Adams Distinguished Professor of Mechanical and Aerospace Engineering at NC State. "When you think about recycling a glass bottle, it is completely melted down before being used to create another glass object. In our approach, a silver nanowire network is separated from the rest of the materials in a device. That network is then disassembled into a collection of separate silver nanowires in solution. Those nanowires can then be used to create a new network and incorporated into a new sensor or other devices."

So, nanotechnology. Amazing stuff really. So amazing in fact, that some researchers and engineers at Caltech, MIT, and ETH Zurich have discovered how to make lighter than Kevlar materials that can withstand supersonic microparticle impacts.

What does all this mean for material science? A whole lot if you ask me. I mean, this is literally going to change to way we produced shielding of any kind, especially for law enforcement agencies. Hang on a second, I'm getting a little ahead of myself here.

A new study by engineers at the above-mentioned institutes discovered that “nano-architected” materials are showing insane promise in use as armor. What are “nano-architected” materials? Simply put, they’re materials and structures that are designed from “precisely patterned nanoscale structures,” meaning that the entire thing is a pre-meditated and arranged structure; what you see is exactly what was desired.

Not only this, but the material is completed from nanoscale carbon struts. Arranged much like rings in chainmail, these carbon struts are combined, layer upon layer to create the structure you see in the main photo. 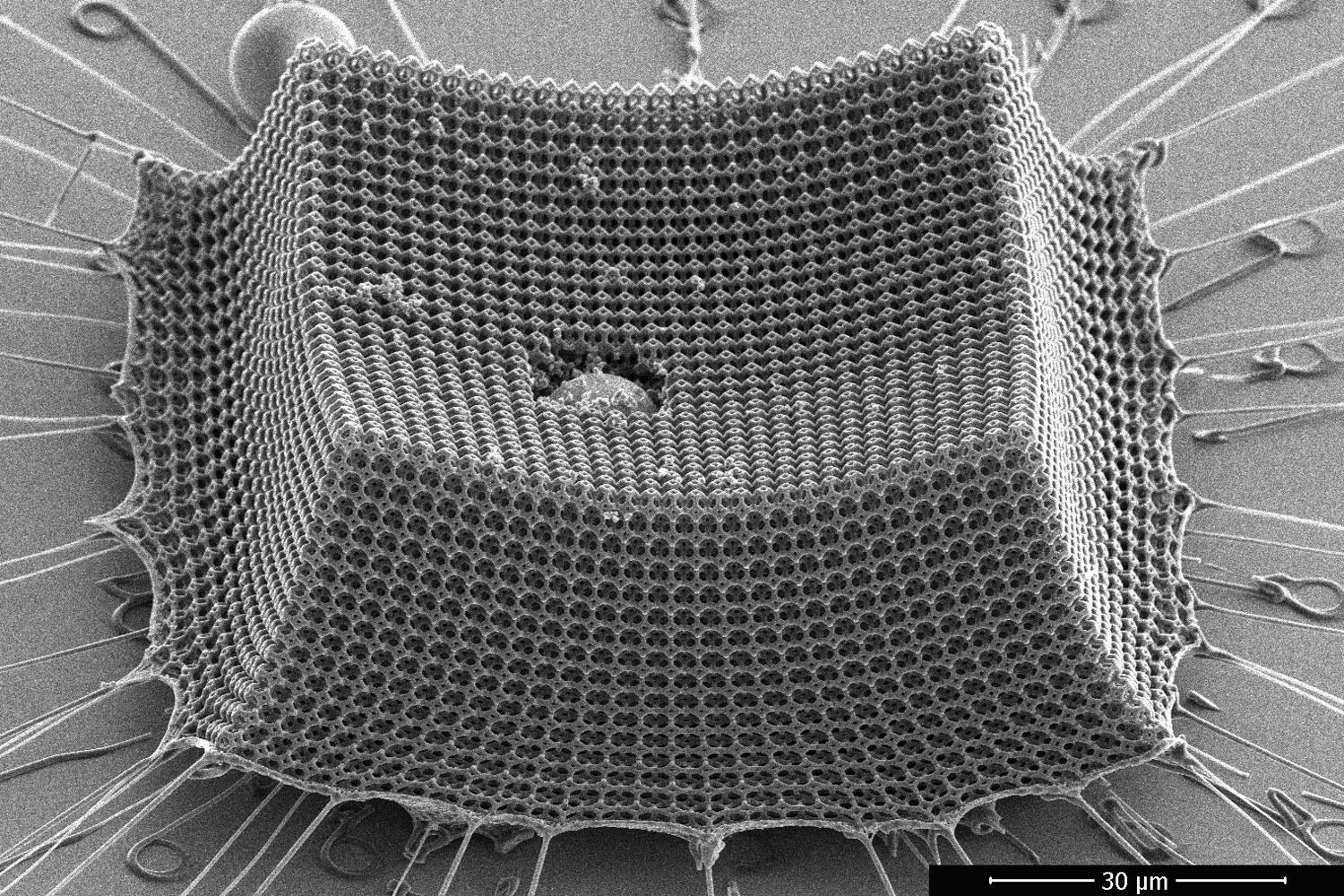 If you were a posthuman or robot, you'd be able to look closely at objects and see things at microscopic scales that are invisible to us.

University of Houston researchers are reporting a breakthrough in the field of materials science and engineering with the development of an electrochemical actuator that uses specialized organic semiconductor nanotubes (OSNTs).

Currently in the early stages of development, the actuator will become a key part of research contributing to the future of robotic, bioelectronic and biomedical science.

"Electrochemical devices that transform electrical energy to mechanical energy have potential use in numerous applications, ranging from soft robotics and micropumps to autofocus microlenses and bioelectronics," said Mohammad Reza Abidian, associate professor of biomedical engineering in the UH Cullen College of Engineering. He's the corresponding author of the article "Organic Semiconductor Nanotubes for Electrochemical Devices," published in the journal Advanced Functional Materials, which details the discovery.

Light-emitting diodes (LEDs) are an unsung hero of the lighting industry. They run efficiently, give off little heat and last for a long time. Now scientists are looking at new materials to make more efficient and longer-lived LEDs with applications in consumer electronics, medicine and security.