Pretty cool breakthrough to start with.

Check out my graph at the end of the blog.

Atoms viewed at highest ever resolution

Researchers at Cornell University have developed a new microscopy technique that can shrink spatial resolution to less than 20 picometres. Electrical engineers at the University of California San Diego developed a technology that improves the resolution of an ordinary light microscope so that it can be used to directly observe finer structures and details in living cells.

The technology turns a conventional light microscope into what’s called a super-resolution microscope. It involves a specially engineered material that shortens the wavelength of light as it illuminates the sample—this shrunken light is what essentially enables the microscope to image in higher resolution.

“The major challenge is finding one technology that has very high resolution and is also safe for live cells,” said Liu.

The technology that Liu’s team developed combines both features. With it, a conventional light microscope can be used to image live subcellular structures with a resolution of up to 40 nanometers. 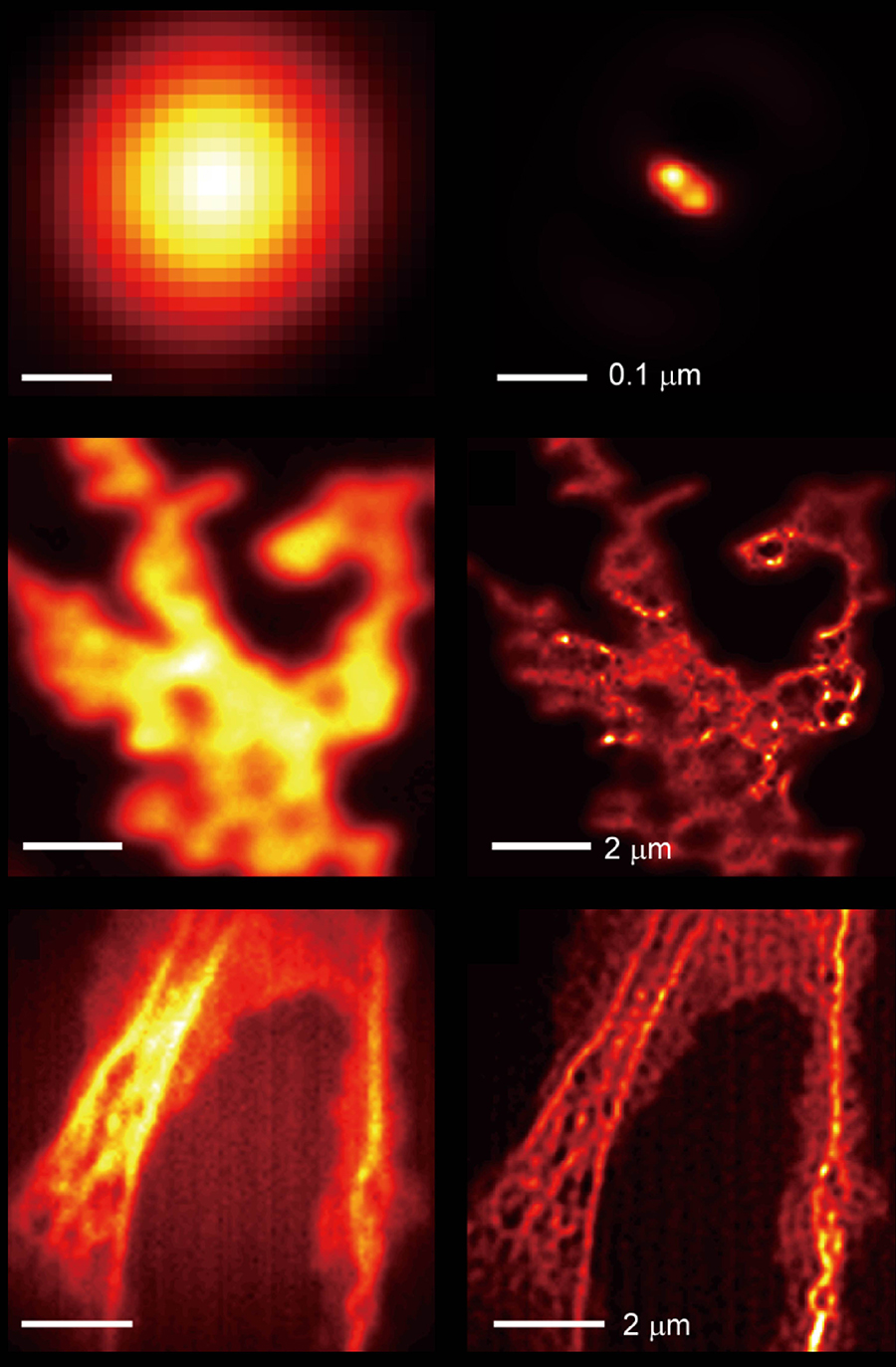 Powerful microscopes have made a quantum leap. Using a quantum trick with light has allowed researchers to examine living cells in unprecedented detail without destroying them, a technique that could improve medical diagnoses and microbiology research.

The microscopes that are generally used to examine living biological systems shine one or two bright lights on their targets, and more powerful light sources allow researchers to see the cells in greater detail. But these devices have a fundamental limit to the precision they can achieve: at some point, a bright enough light will destroy a living cell.

“Our understanding of life as it is now has relied almost entirely on the quality of our microscopes,” says Warwick Bowen at the University of Queensland in Australia. “We’re really limited by technology, and it’s not obvious how to break the existing limits because we’ve already pushed the intensity as high as we can without destroying the cell.”

Bowen and his colleagues have found a way to overcome this limit. They used a type of microscope with two laser light sources, but sent one of the beams through a specially designed crystal that “squeezes” the light. It does so by introducing quantum correlations in the photons – the particles of light in the laser.

When the researchers tested their system, they found that they were able to make measurements that were 35 per cent sharper than a similar device that did not use squeezed light. 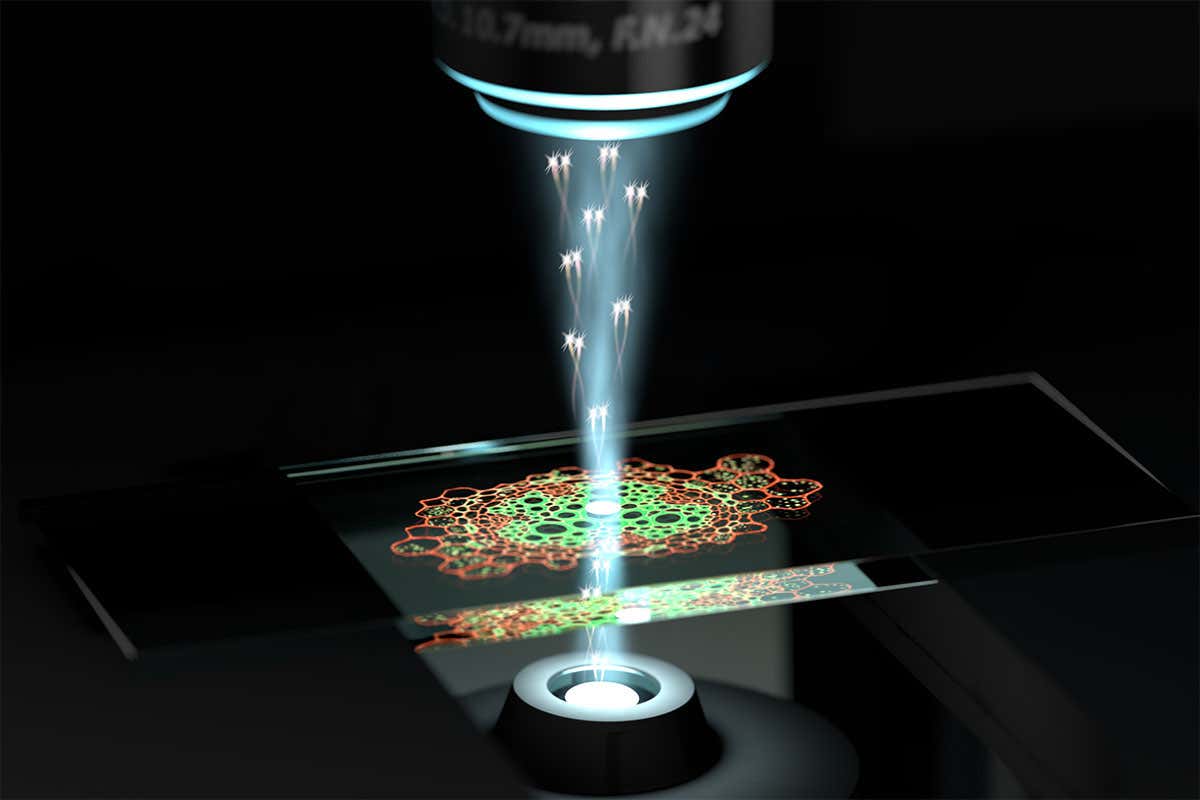 This tech uses augmented reality to give surgeons 'superpowers'

A new medical device collaboration is giving surgeons "x-ray vision," by fusing digitally enhanced images directly into the microscope of a surgical device.

While surgeons typically need to look up at screens in order to access patient data or enhanced visuals -- adding time and hindering surgical flow -- this system enables access to all that information in one place.

"When you have your hands on something delicate, such as the brain, every minute and second matters. Every small movement matters," says Moty Avisar, CEO and co-founder of Surgical Theater. "If you have to pull your head away from the microscope to look at a display and then go backwards, it disturbs the continuity of the surgery."

By having all the necessary information within the microscope display, he says the technology "improves our confidence" -- ultimately better for surgeons as well as patients.

Coming soon to a lab tabletop near you: a method of magneto-thermal imaging that offers nanoscale and picosecond resolution previously available only in synchrotron facilities.

This innovation in spatial and temporal resolution will give researchers extraordinary views into the magnetic properties of a range of materials, from metals to insulators, all from the comfort of their labs, potentially boosting the development of magnetic storage devices.

"Magnetic X-ray microscopy is a relatively rare bird," said Greg Fuchs, associate professor of applied and engineering physics, who led the project. "The magnetic microscopies that can do this sort of spatial and temporal resolution are very few and far between. Normally, you have to pick either spatial or temporal. You can't get them both. There's only about four or five places in the world that have that capability. So having the ability to do it on a tabletop is really enabling spin dynamics at nanoscale for research."

It's not exactly X-ray vision, but it's close. In research published in the journal Optica, University of California, Irvine researchers describe a new type of camera technology that, when aimed at an object, can rapidly retrieve 3D images, displaying its chemical content down to the micrometer scale. The new tech promises to help companies inspect things like the insides of computer chips without having to pry them open—an advancement the researchers say could accelerate the production time of such goods by more than a hundred times.

"This is a paper about a way to visualize things in 3D very fast, even at video rate," said Dmitry Fishman—director of laser spectroscopy labs in the UCI Department of Chemistry—who, along with Eric Potma, professor of chemistry, spearheaded the work. The novel imaging tech is based on a so-called nonlinear optical effect in silicon—a semiconductor material used in visible-light cameras and detectors.

Seeing ultrafast dynamics of matter via a compact electron camera

Using a newly developed compact electron camera, scientists at DESY could capture the inner, ultrafast dynamics of matter. The camera captures short bunches of electrons at a sample to take snapshots of its current inner structure.

DESY scientists Dongfang Zhang said, “The shorter the bunch, the faster the exposure time. Typically, ultrafast electron diffraction (UED) uses bunch lengths, or exposure times, of some 100 femtoseconds, which is 0.1 trillionths of a second.”

Advance particle accelerators can produce high-quality short electron bunches. Although, such machines are large and bulky. Also, they use radiofrequency radiation to power themselves.

Scientists, in this study, using Terahertz radiation instead with roughly a hundred times shorter wavelengths.

Franz Kärtner from the Center for Free-Electron Laser Science CFEL said, “This means, the accelerator components, here a bunch compressor, can be a hundred times smaller, too.” 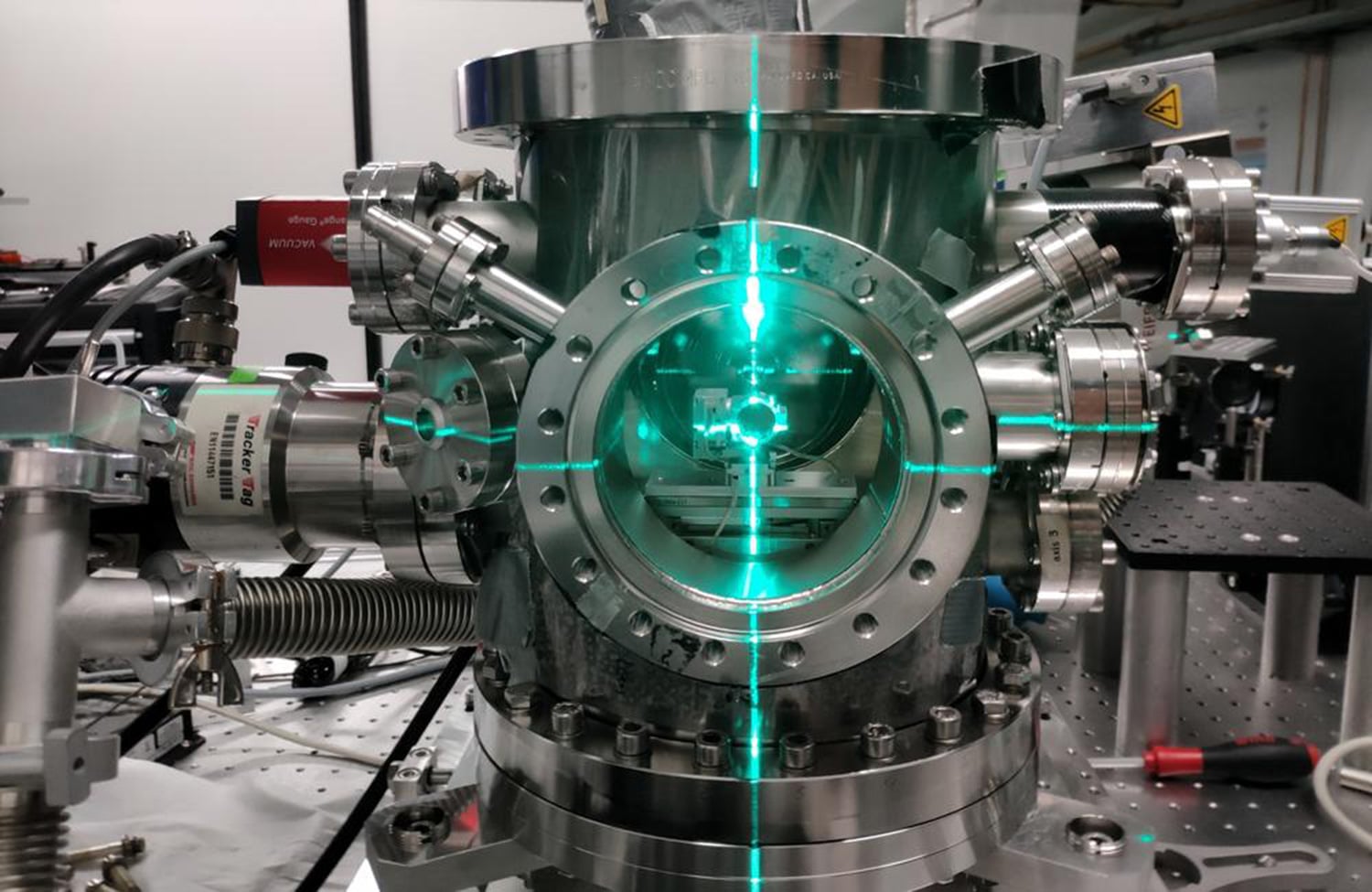 A team in the Netherlands has managed to capture 3D images of human airway cells infected by SARS-CoV-2 using an extraordinary microscopic technique. The images show how the coronavirus alters the structure of the cells it infects, and might help drug development.

Researchers at Utrecht University grew cells taken from the noses of healthy volunteers and infected some of the cells with the coronavirus. They then stained the cells with fluorescent dyes that bind to fatty membranes (the blue parts in the video above), proteins (magenta) and the spike protein of the coronavirus (pink).

Next, the cells were cut up by enzymes and embedded in a gel. When water is added to the gel, it swells, enlarging the embedded structures. The technique (called expansion microscopy) was developed by other groups, but these researchers improved on it, enabling them to enlarge samples tenfold in each dimension.

This means optical microscopes can effectively resolve structures just 20 nanometres wide – including the SARS-CoV-2 virus, which is around 100 nanometres in diameter – whereas normally they can’t resolve objects smaller than 200 nanometres across.