Exoplanets – worlds of other suns

Exoplanets – worlds of other suns

A super-earth thought to orbit Barnard’s Star, the second closest star to our own Sun, actually doesn’t exist. Or so say the authors of a new paper accepted for publication in The Astronomical Journal.

The University of California, Irvine-led team used archival data and new measurements of Barnard Star’s radial velocity, or how it moves towards or away from us along our line of sight to make the determination. They credit the Habitable-Zone Planet Finder (HPF) instrument attached to the 10-meter Hobby-Eberly Telescope at McDonald Observatory in Texas with providing enough data to determine that signal first interpreted as a super-earth actually is an alias of the star’s 145-day rotation period.

The astronomers suggest that signals initially appearing to be from a “super-earth” measuring 3.3 times the size of Earth are more likely the result of aliasing from an incomplete sampling of stellar activity bearing similarity to the spots on our own sun, says UCI. 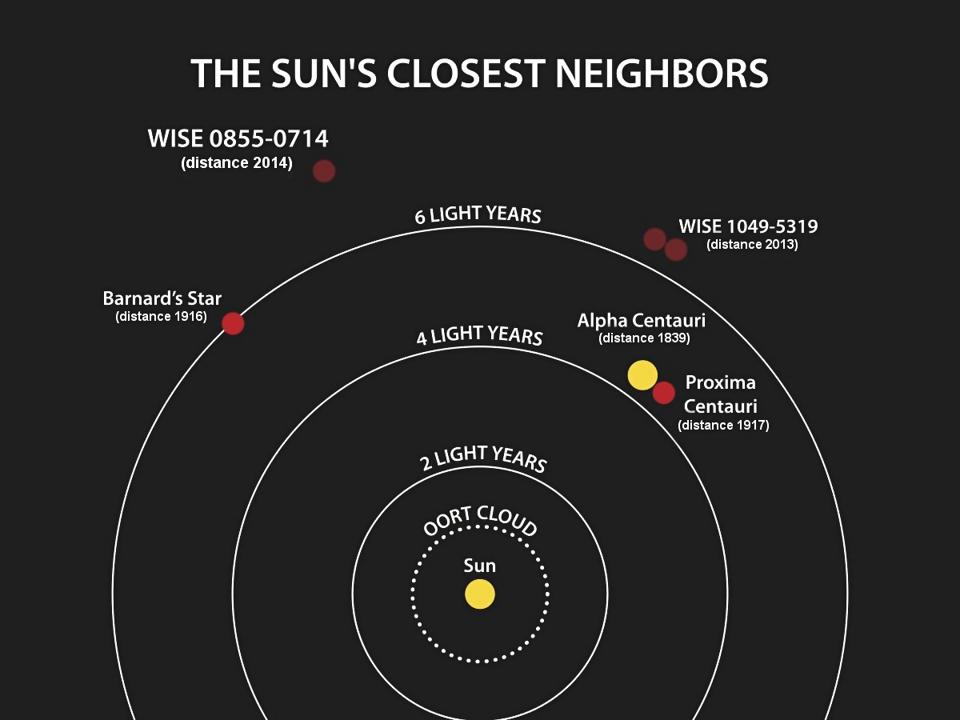 TKS X: Confirmation of TOI-1444b and a Comparative Analysis of the Ultra-short-period Planets with Hot Neptunes

We report the discovery of TOI-1444b, a 1.4-R⊕ super-Earth on a 0.47-day orbit around a Sun-like star discovered by {\it TESS}. Precise radial velocities from Keck/HIRES confirmed the planet and constrained the mass to be 3.87±0.71M⊕. The RV dataset also indicates a possible non-transiting, 16-day planet (11.8±2.9M⊕). We report a tentative detection of phase curve variation and secondary eclipse of TOI-1444b in the {\it TESS} bandpass. TOI-1444b joins the growing sample of 17 ultra-short-period planets with well-measured masses and sizes, most of which are compatible with an Earth-like composition. We take this opportunity to examine the expanding sample of ultra-short-period planets (<2R⊕) and contrast them with the newly discovered sub-day ultra-hot Neptunes (>3R⊕, >2000F⊕ TOI-849 b, LTT9779 b and K2-100). We find that 1) USPs have predominately Earth-like compositions with inferred iron core mass fractions of 0.32±0.04; and have masses below the threshold of runaway accretion (∼10M⊕), while ultra-hot Neptunes are above the threshold and have H/He or other volatile envelope. 2) USPs are almost always found in multi-planet system consistent with a secular interaction formation scenario; ultra-hot Neptunes (Porb≲1 day) tend to be ``lonely' similar to longer-period hot Neptunes(Porb1-10 days) and hot Jupiters. 3) USPs occur around solar-metallicity stars while hot Neptunes prefer higher metallicity hosts. 4) In all these respects, the ultra-hot Neptunes show more resemblance to hot Jupiters than the smaller USP planets, although ultra-hot Neptunes are rarer than both USP and hot Jupiters by 1-2 orders of magnitude.

I'll be damned.
To know is essentially the same as to not to know. The only thing that occurs is entropy.
Top

At night, seven-year-old Miguel likes talking to his father Cesar Rubio about planets and stars. "I try to nurture that," says Rubio, a machinist in Pomona, California, who makes parts for mining and power generation equipment.

Now, the boy's father can claim he helped discover planets, too. He is one of thousands of volunteers participating in Planet Hunters TESS, a NASA-funded citizen science project that looks for evidence of planets beyond our solar system, or exoplanets. Citizen science is a way for members of the public to collaborate with scientists. More than 29,000 people worldwide have joined the Planet Hunters TESS effort to help scientists find exoplanets.

Planet Hunters TESS has now announced the discovery of two exoplanets in a study published online in Monthly Notices of the Royal Astronomical Society, listing Rubio and more than a dozen other citizen scientists as co-authors.

What’s the Connection Between the Chemistry of a Star and the Formation of its Planets?
June 13, 2021

(Universe Today) Scientists seem to have come up with a new parlor game – how many ways can we potentially detect exoplanets? The two most common methods, the transit method and the Doppler method, each have their own problems. Alternative methods are starting to sprout up, and a new one was recently proposed by Jacob Nibauer, an undergraduate student in the University of Pennsylvania’s Department of Physics and Astronomy. His suggestion: look at a star’s chemical composition. And his findings after analyzing data on some 1,500 stars hold some surprises.

Spectroscopy allows scientists to directly collect data on the chemical composition of stars. Mr. Nibauer’s method took into account that stars and planets form from the same nebular material. Given that the chemical compositions of that material can be estimated before a star is formed, if the star itself happens to be lacking some of the material that would be used to make rocky planets, it’s a pretty strong indicator that there are in fact rocky planets orbiting that star

So far, there hasn’t been any clear evidence that links “depleted” stars to rocky planets more than non-depleted ones. Additionally, even 1500 stars is a relatively small sample size given the total number of stars in the galaxy. As more data is collected on both exoplanets themselves and of the chemical signature of stars, it will build a clearer picture of what, if any, relationship there is between the presence of these rock forming minerals and that of any rocky planets in these extrasolar systems. Data from the study showing stars from the study (orange) and the ratios of iron to hydrogen and for each of the five elements in the study.
Credit: Jacob Nibauer
Top

Apparently a non-detection of the planet's secondary eclipse or reflected light with CHEOPS, though some modulation in phase with the planet needs to be explained.


CHEOPS observations confirm that the 55 Cnc system varies in flux over the orbital period of planet e. The origin of these flux variations is unclear. Two scenarios ruled unlikely by this work are that the flux variations are the result of reflection from the planet's surface (observed amplitude is too large and asymmetric), or that magnetospheric interactions are inducing excess emission from the star (observed amplitude is too large). A surviving hypothesis for explaining the optical and infrared observations is that dust is orbiting either the star or planet, obscuring the secondary eclipse in the optical but not the infrared.

Astronomers have discovered thousands of planets outside of our solar system over the past few decades, revealing a multitude of captivating worlds within our galaxy. This golden age of exoplanet discovery raises an alluring question: If we can spot worlds orbiting stars from Earth, could speculative alien civilizations spot Earth from their own vantage points?

Most exoplanets are discovered as they pass in front of their host star from our perspective, causing a very slight dip in stellar brightness that can be detected by telescopes on Earth. This technique, known as the transit method, has enabled scientists to spot and even characterize basic details about these worlds, including whether they might be potentially habitable.

Now, a pair of exoplanet researchers have inverted this process by cataloging which star systems within roughly 300 light years of our solar system are in the perfect spot to witness Earth crossing in front of the Sun. As it turns out, a whopping 1,715 stars “are in the right position to have spotted life on a transiting Earth since early human civilization (about 5,000 years ago), with an additional 319 stars entering this special vantage point in the next 5,000 years,” according to a study published on Wednesday in Nature.

The new study also spotlights subpopulations within that list that might be particularly interesting in the search for extraterrestrial intelligence (SETI). For instance, Kaltenegger and Faherty found that human-made radio waves have already reached 75 of the closest stars on the list, some of which host potentially habitable exoplanets.

By combining these observations with a likely rate of rocky planets in the habitable zone of star systems, the team concluded that “an estimated 29 potentially habitable worlds that could have seen Earth transit and could also detect radio waves from our planet,” according to the study. 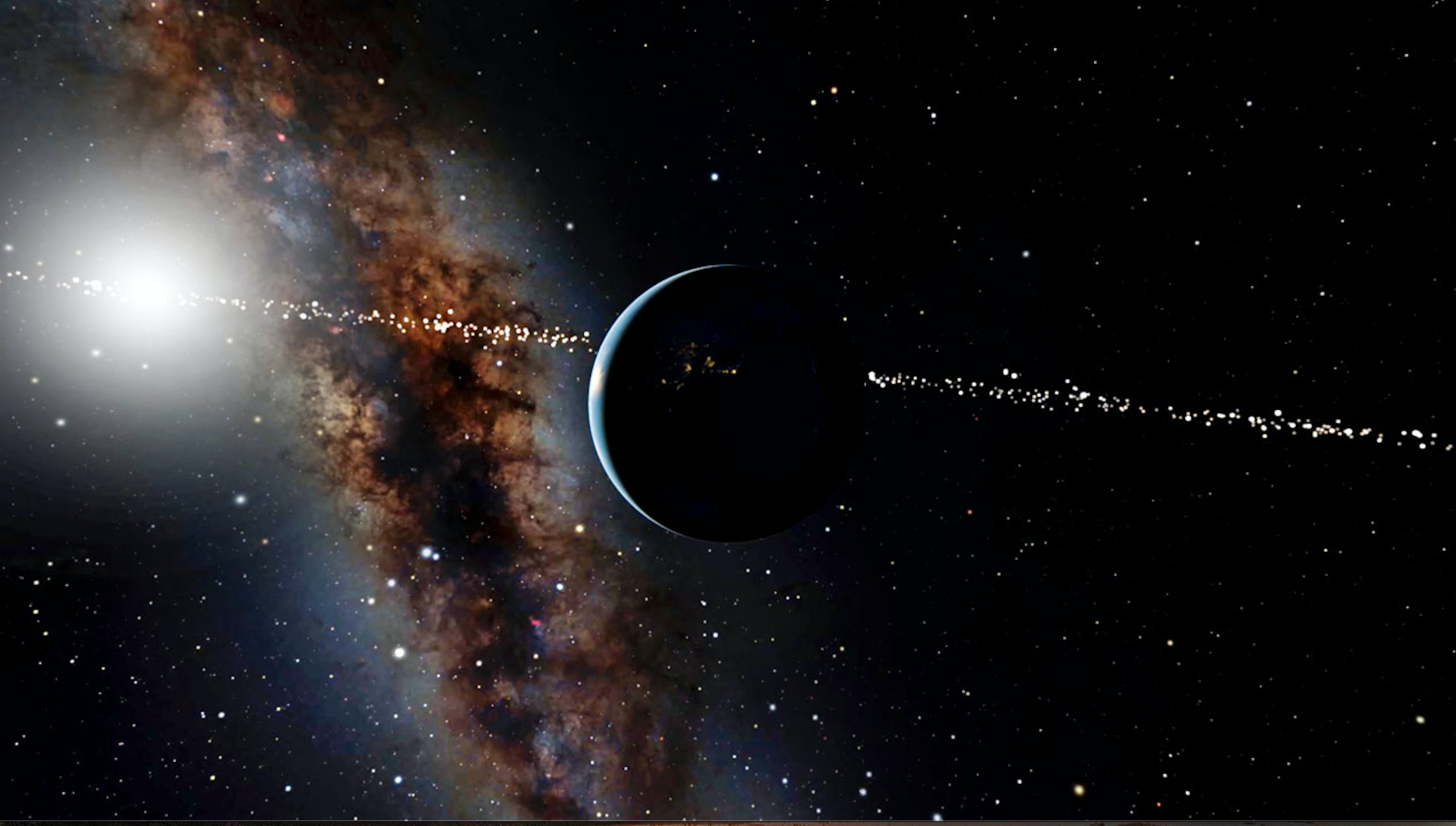 Astronomers Uncover Evidence That There Could be Many More Earth-sized Planets Than Previously Thought
by Association of Universities for Research in Astronomy (AURA)
June 28, 2021

(Phys.org) Some exoplanet searches could be missing nearly half of the Earth-sized planets around other stars. New findings from a team using the international Gemini Observatory and the WIYN 3.5-meter Telescope at Kitt Peak National Observatory suggest that Earth-sized worlds could be lurking undiscovered in binary star systems, hidden in the glare of their parent stars. As roughly half of all stars are in binary systems, this means that astronomers could be missing many Earth-sized worlds.

Earth-sized planets may be much more common than previously realized. Astronomers working at NASA Ames Research Center have used the twin telescopes of the international Gemini Observatory, a Program of NSF's NOIRLab, to determine that many planet-hosting stars identified by NASA's TESS exoplanet-hunting mission are actually pairs of stars—known as binary stars—where the planets orbit one of the stars in the pair. After examining these binary stars, the team has concluded that Earth-sized planets in many two-star systems might be going unnoticed by transit searches like TESS's, which look for changes in the light from a star when a planet passes in front of it. The light from the second star makes it more difficult to detect the changes in the host star's light when the planet transits.

The team started out by trying to determine whether some of the exoplanet host stars identified with TESS were actually unknown binary stars. Physical pairs of stars that are close together can be mistaken for single stars unless they are observed at extremely high resolution. So the team turned to both Gemini telescopes to inspect a sample of exoplanet host stars in painstaking detail. Using a technique called speckle imaging, the astronomers set out to see whether they could spot undiscovered stellar companions. 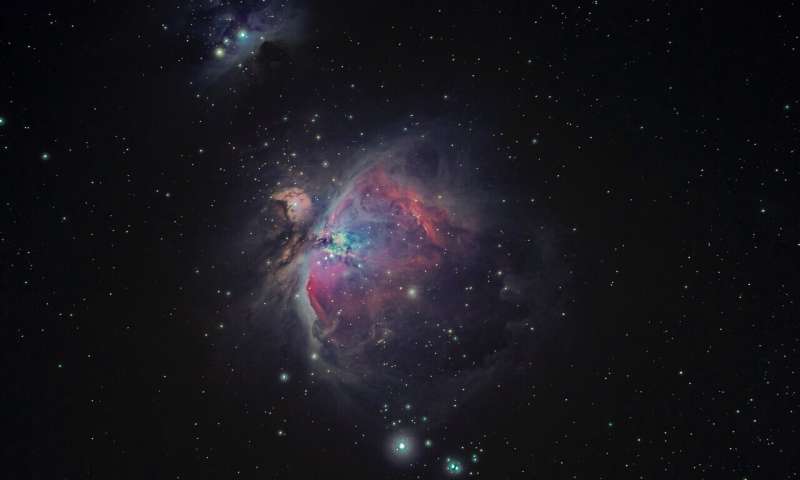