News and discussions regarding China's new space station, which is planned to complete assembly in 2022. 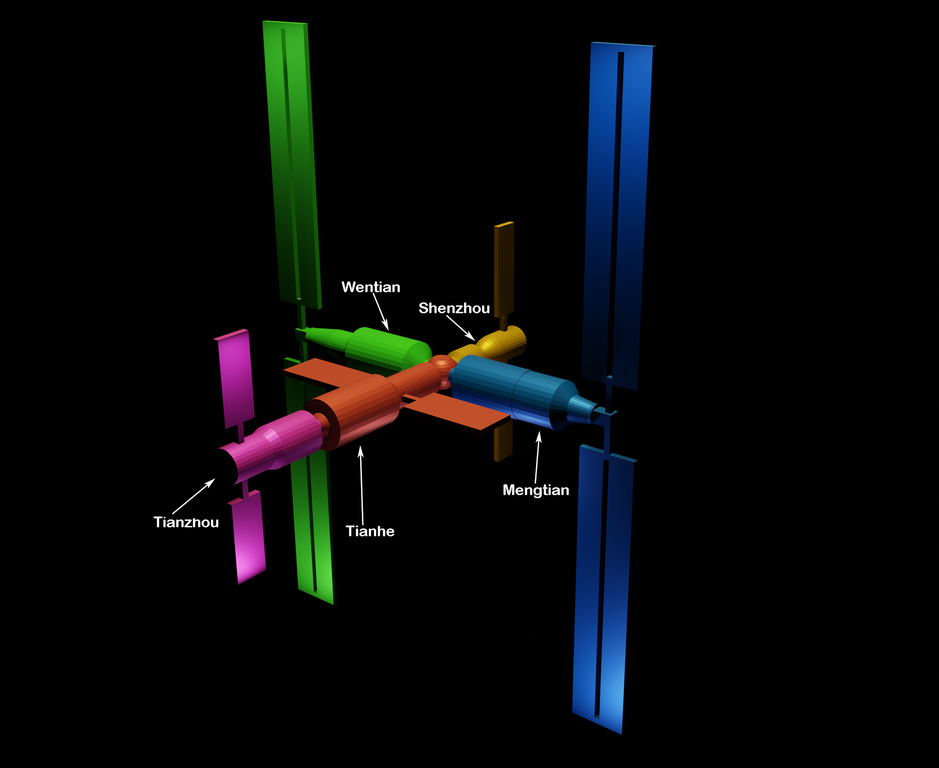 GUANGZHOU, China — China has completed another major part of its own space station, the latest in a string of ambitious extraterrestrial projects from the world’s second-largest economy.

The Long March 7 rocket carrying the Tianzhou-2 cargo spacecraft took off at 8:55 p.m. local time on Saturday from the Wenchang launch site, according to the China Manned Space agency.

In the early hours of Sunday morning, Tianzhou-2 docked with the core module of the space station called Tianhe.

China’s space station will be made of three modules which includes the Tianhe “core,” cargo spacecraft such as Tianzhou-2 and laboratories. China will carry out 11 missions this year and next to complete the construction of the space station, and bring astronauts and supplies up too. The space station is expected to go into operation in 2022.

China has launched three astronauts into orbit to begin occupation of the country's new space station.

The three men - Nie Haisheng, Liu Boming and Tang Hongbo - are to spend three months aboard the Tianhe module some 380km (236 miles) above the Earth.

In the past six months, the country has returned rock and soil samples to Earth from the surface of the Moon, and landed a six-wheeled robot on Mars - both highly complex and challenging endeavours.

The primary objective for Commander Nie Haisheng and his team on the Shenzhou-12 mission is to bring the 22.5-tonne Tianhe module into service.

For its part, China says it is open to foreign involvement on its station. In the first instance, this means hosted scientific experiments. For example, the Shenzhou-12 crew will conduct cancer investigations that are led from Norway. And on the outside of the station, there is an Indian-developed telescopic spectrograph to study ultraviolet emissions coming from deep space, from the likes of exploded stars. 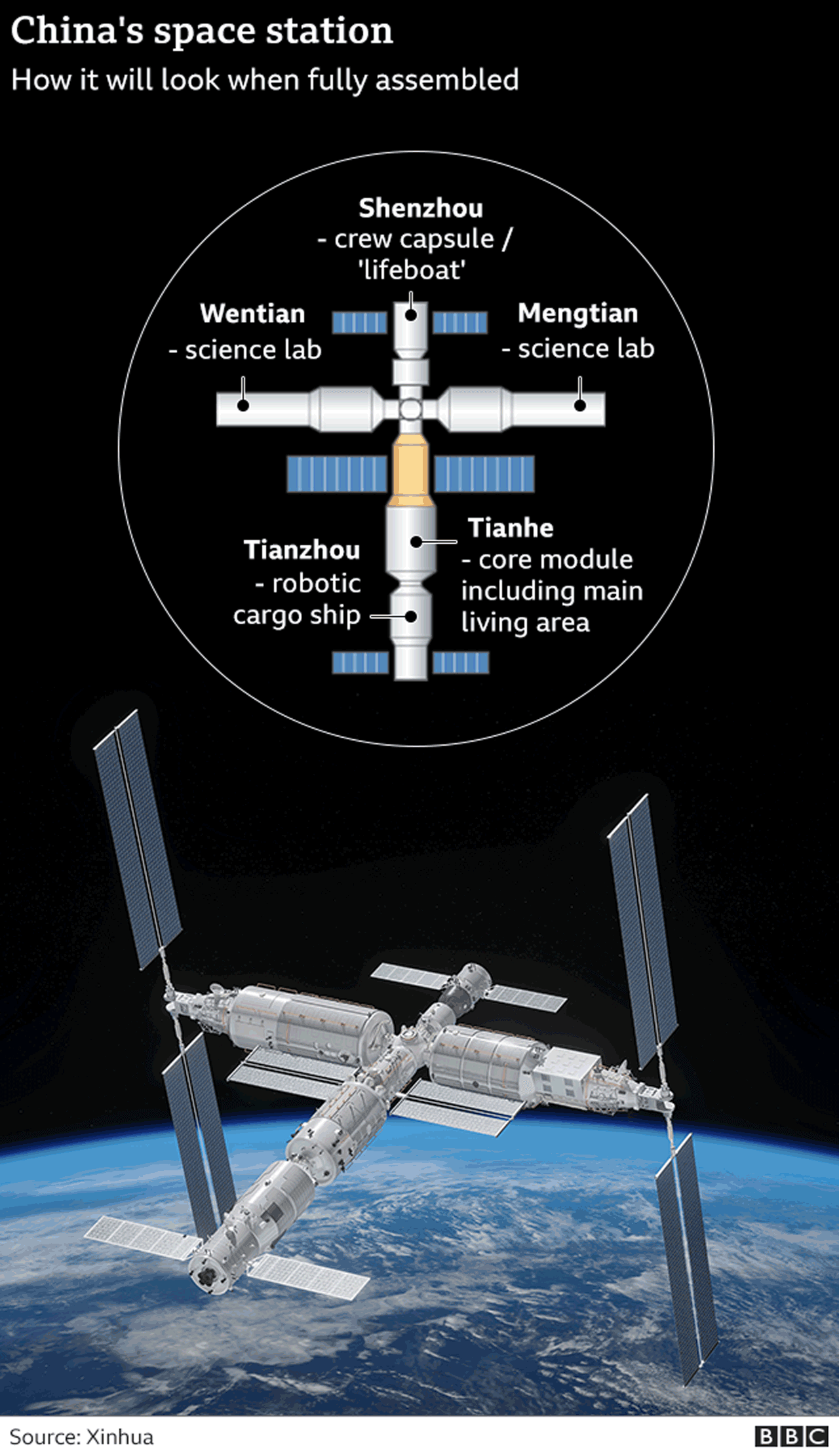 
Chinese astronauts successfully performed the country's first tandem spacewalk on Sunday, working for seven hours on the outside of the new Tiangong station in orbit around Earth.

Tiangong's construction is a major step in China's ambitious space programme, which has seen the nation land a rover on Mars and send probes to the Moon.

Three astronauts blasted off last month to become the station's first crew, where they are to remain for three months in China's longest crewed mission to date.

On Sunday morning, two of them exited the station for around seven hours of work in the first spacewalk at Tiangong, the China Manned Space Agency said.

"The safe return of astronauts Liu Boming and Tang Hongbo to the Tianhe core module marks the complete success of the first spacewalk in our country's space station construction," the space agency said.

"Take it easy, nothing matters in the end."
– William Shatner
Top
Post Reply
5 posts • Page 1 of 1