United Airlines announced a deal to buy 15 supersonic jets, planning to carry passengers on the ultra-fast planes by 2029.

If the airline can follow through with its plan, these would be the first commercial supersonic flights since the grounding of the Concorde jet in 2003. The economics of that fuel-guzzling supersonic jet and restrictions on flying it over land at speeds that would produce a sonic boom doomed the Concorde. Airlines had to try to fill the plane with passengers willing to pay a substantial premium over a first-class ticket on traditional aircraft.

United is buying the supersonic jet from Boom Supersonic, a privately held upstart aircraft maker based in Denver. The plane, dubbed the "Overture," is slated to be completed by 2025, start test flights by 2026 and carry passengers by 2029. United has agreed to buy 15 of the jets, with options for 35 more.

The plane is slated to fly at Mach 1.7, or roughly twice as fast as today's commercial jets. It will be able to fly from United's hub in Newark, New Jersey, to London in just three-and-a-half hours. It could make the Newark to Frankfurt trip in four hours and San Francisco to Tokyo in just six hours.

Another lofty, but unproven, goal for Boom's Overture: It plans to fly on 100% sustainable aviation fuel (SAF), which would allow it to be the first aircraft to begin with net-zero carbon flights. 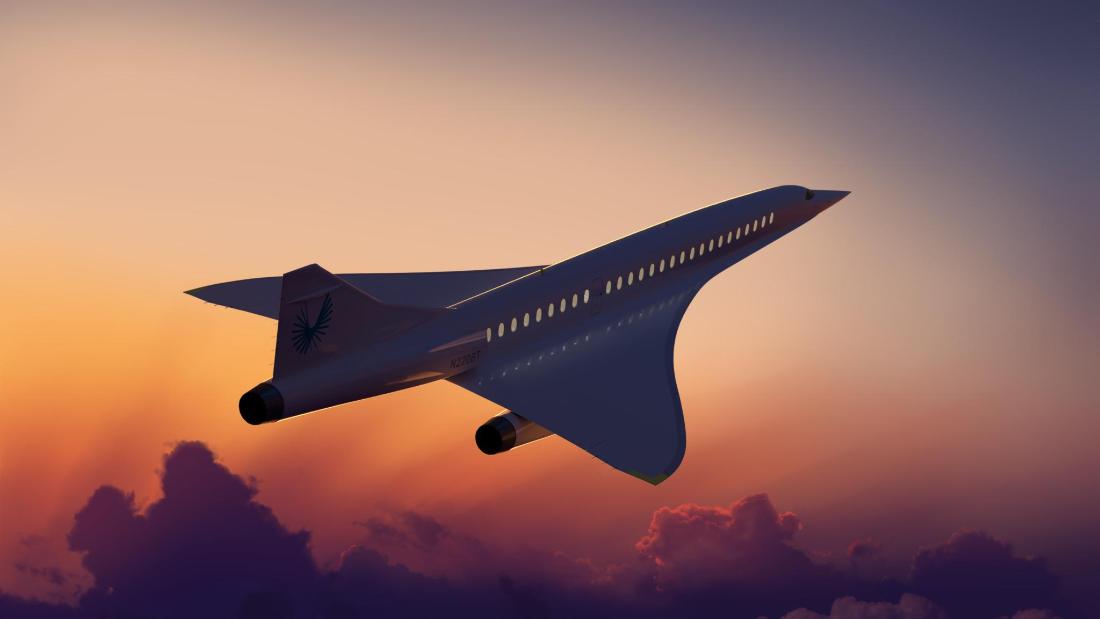